Seeing the latest works from Steve James and Errol Morris in short succession at this year’s TIFF, I was struck by a notable commonality shared by the two filmmakers, both favorites of Roger Ebert. Roger was vocal about his desire for empathy in cinema, and James and Morris are two of our most humanist filmmakers, men who often find ways to tell big, universal stories by telling small, individual ones. James, in particular, has an amazing ability to capture entire communities by focusing on a few people within them. And, for Morris, it’s the characters he found in real life, in films like “Gates of Heaven,” that drew Roger to him. Both directors brought their talents North this year, and both delivered films that fans will need to see as soon as they’re available. They’re both examples of why these two gentlemen remain two of our most important filmmakers.

The central figure in James’ “Abacus: Small Enough to Jail,” Thomas Sung, decided he wanted to be a banker when he saw “It’s a Wonderful Life.” Frank Capra’s vision of a leader of a community by virtue of his support, both financial and emotional, inspired Sung, and James’ brilliantly uses the film as a thematic through line for his story of a George Bailey who stands up to a corrupt, flawed system. Yes, believe it or not, Steve James has made a film about the housing crisis and financial meltdown that paints a bank and its founders as the little guy. Even that alone makes this a unique, worthwhile film. We often see portraits of financial institutions as the enemy, forgetting that many of the small ones have very human stories at their center. A bank is the David here, and an overzealous prosecutor—and all that he represents—is the Goliath.

Remember the financial crisis that nearly destroyed the world economy? Remember how no one who was responsible actually paid a price, and how the banks that were most involved are still making home loans? Abacus, a small Manhattan-based bank in Chinatown, was the exception. Manhattan District Attorney Cyrus Vance, Jr. decided that Abacus would be the sacrificial lamb, something to point to when people asked why the banks weren’t paying for their malfeasance. After learning that an Abacus employee undeniably broke the law by accepting pay-outs and even making his new home buyers pay cash tips to get paperwork through, the U.S. Government became convinced that this kind of loan fraud went to the top of Abacus, despite very little proof that it actually did. James’ viewpoint from the beginning of “Abacus” is clear, leaving little doubt that Thomas Sung and his three daughters who worked for the company, were innocent. A bank was being railroaded because of the crimes of one of its employees and the need for a win by the D.A. after waves of foreclosures burst the housing bubble.

James balances the details of the case—which we watch unfold, having no idea if the Sungs were found liable or the bank still exists—with the personal story of a family of hard-working, likable people. This is way more than a movie about banking. It is a story of a community, and a fascinating look at how applying one rule to all often leads to cultural bias. There’s a bit in the film about how the D.A.’s office labored over the definition of a gift versus a loan, and how the two don’t really have as distinct a difference in Chinatown, where family is so important that a mother may give money to a son to buy his first home with the knowledge that he will take care of her when she’s older. Is that a gift or a loan on future needs? Chinatown is also often a cash-based community, one in which not everyone has exactly the right paperwork, although James and company note how few of these “questionable” loans that the government considered left from Fannie Mae were actually defaulted on.

“Abacus: Small Enough to Jail” could have been a dry look at home loans and banking procedure. Instead, we spend time watching Thomas Sung eat a sandwich while his daughters obsess over whether or not it’s to his liking. That’s James for you. The big picture doesn’t matter if we can’t see how it’s impacting people on a day to day basis. It’s the faces of James’ films that I remember: William Gates & Arthur Agee, Stevie Fielding, Ameena Matthews. And I won’t soon forget the faces of the Sung family. 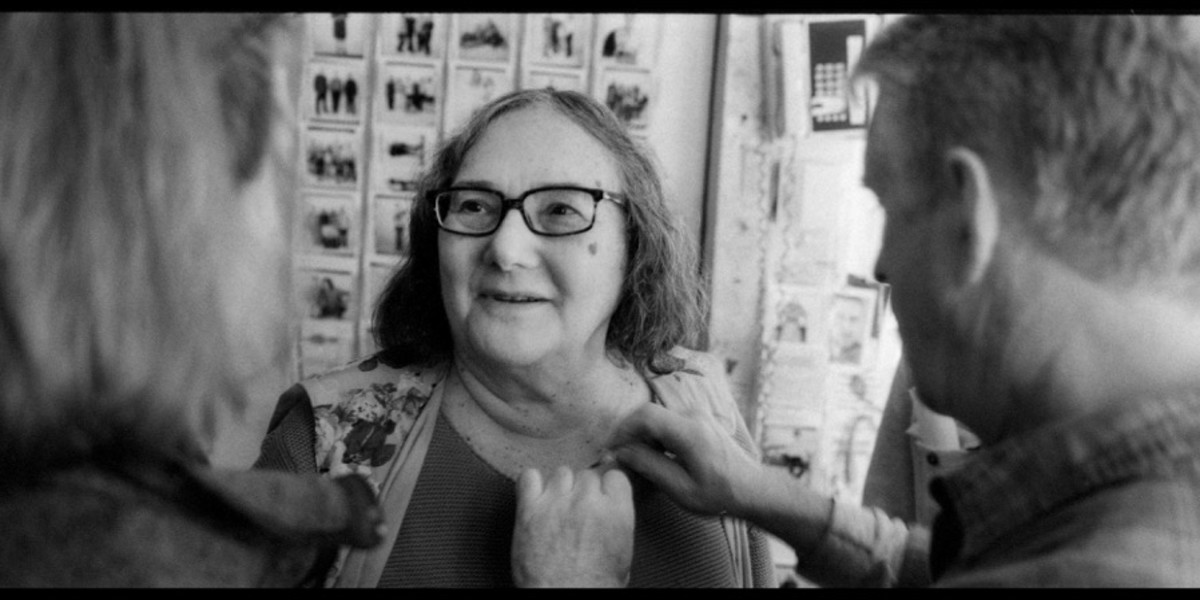 If the Sungs are the most memorable people of TIFF 2016, Elsa Dorfman is on the list too. Errol Morris’ love for the subject of “The B-Side: Elsa Dorfman’s Portrait Photography” is contagious. It’s been awhile since Morris made a film in which he so clearly adored the person at its center. He’s endlessly entertained by looking at the work of this talented woman, one who revolutionized the art of the oversized Polaroid portrait. Using a 20x24 camera, Dorfman took portrait photos for decades. Some of her subjects were famous—Joni Mitchell, Bob Dylan, Allen Ginsberg, who became a close friend—but many were not, and Morris seems happy to just flip through photos with Dorfman, listening to the stories behind them. In that sense, “The B-Side” reminded me of “Seymour: An Introduction” in the way that it just allows us to spend time with a fascinating human being.

What makes Dorfman different? First, she’s incredibly open about her past and her art, showing off photos and telling stories about her life, her family and her friends. She’s a remarkably enjoyable interview subject, and I find it interesting that Morris doesn’t use his straight-to-camera “Interrotron” for the first time in years, and yet he gets a very relaxed, human atmosphere without it. I’m not sure, but perhaps because so many of the Polaroid portraits feature eye contact with the subjects, he wanted a visual diversity provided by not using the Interrotron. Or perhaps he knew Dorfman would be more relaxed just speaking conversationally with Morris, going through photos, and considering a life well-lived and an art well-expressed. Again, like with the Sungs, it’s all about the person at the center of this film. We so easily lose sight of people in documentaries as messages and form overwhelm the human story. Leave it to two of our masters to remind us that it's the story that matters.