The last line of Terence Davies’ “A Quiet Passion”comes from “This Is My Letter to the World,” a poem written by the film’s subject, American poet Emily Dickinson: “Judge tenderly of me.” It is a suitable request to apply to the many films I have seen, and am going to see at TIFF—whether the work of a master filmmaker or a budding one. It is also, unfortunately as it turns out, a request that “A Quiet Passion” made hard to honor when I had the chance to see it.

Disappointment with a Terence Davies film is not an accustomed feeling for me, but it set in early during his on-screen rendering of the life and tribulations of Dickinson. A stiff formality pervades the performances (notably Keith Carradine), something not helped by Davies’ unrelenting desire to style every line of dialogue into Jane Austen-like repartee. Yes, certainly the intention is to allow the exchanges to evoke something of Dickinson’s poetry, but lines become so top-heavy with meaning that they start to lose any meaning at all.

There is something to admire in how “A Quiet Passion” is less interested in the creation of Dickinson’s work as it is in her persona. But here too Davies’ film feels like it lacks more substantial meaning. It certainly touches on significant themes: religion, mortality, her alienation on account of her gender. But so much of it feels touched on fleetingly, without greater depth. What success is achieved is often drowned out by the borderline histrionics of repeated scenes where someone asks, “Oh, Emily, why do you behave like this?” after an outburst of cynicism from the poet, and she offers an “I don’t know” answer. In time, that exchange became more appropriate. I too found myself wondering why “A Quiet Passion” was like this and finding myself increasingly coming up with an “I don’t know” as an answer. 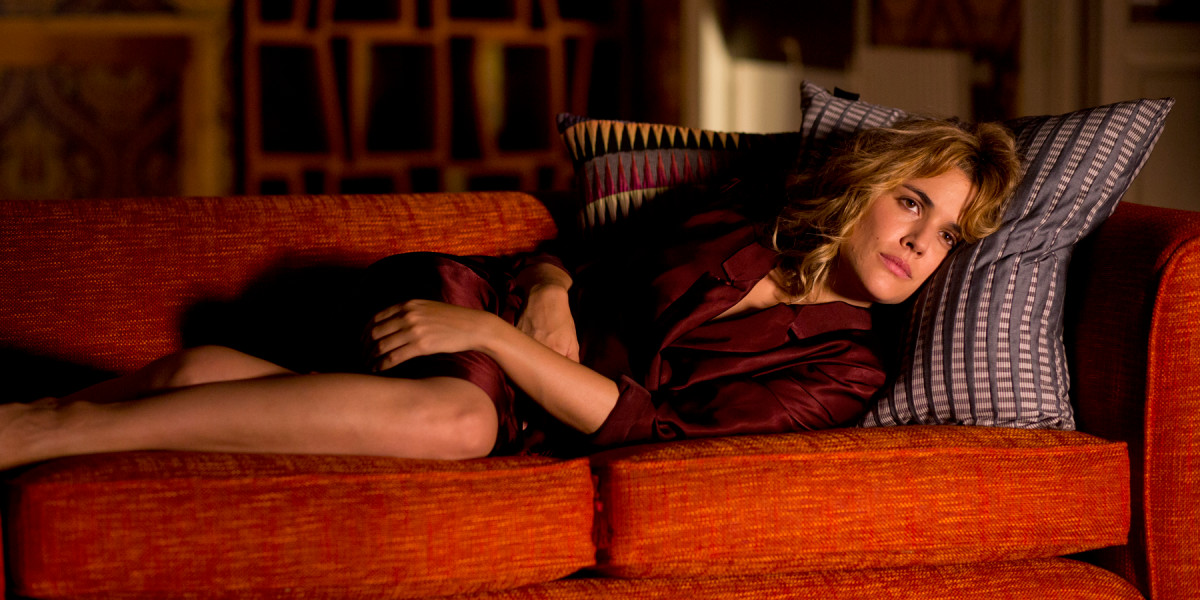 I may have been disappointed with one master filmmaker at TIFF, but not another: Pedro Almodovar. There’s a moment early in the Spanish filmmaker’s latest, “Julieta” where, crossing the road, the title character (Emma Suárez) slips effortlessly between cars like a fish gliding through water. That moment is recalled later in the film, with a notable exception: this time, a car unexpectedly sideswipes Julieta and sends her to the hospital. Believe it or not, much of the pleasures of “Julieta” can be found represented in that moment—its examination of how life can sometimes sideswipe us when we thought we were innately gliding through it.

Drawn from three interlinked short stories in Alice Munro’s “Runaway," the less literal sideswipe in Almodóvar’s film revolves around Julieta, who is forced to confront the question when her daughter chooses to vanish and cut off all contact: How does a mother cope when their child decides to never see her again?

Now, “Julieta” doesn’t get there right away. We initially get a first half made up of somewhat energy-less, functional flashbacks, which introduce us to Julieta, the love story that leads to Antia’s birth, a tragic death, and a lot of enjoyable nods to Alfred Hitchock’s “Rebecca” (right down to Mrs. Danvers). But in the second half, once “Julieta” leads up to the sudden disappearance of Antia and its aftermath, the film really takes off.

It’s not just the abrupt vanishing of Antia that renders the movie something of a heartwrenching and melodramatic (this is Almodóvar) tragedy. It’s that the director—ever the film fan—goes so far as to treat the situation like an engaging familiar film noir, propelled by the central question of any mystery: why?

Along the way we get a poignant look at parental grief and regret, at how decisions—big or small—can accumulate into lives we (or our children) can’t turn back from. But there’s something deeply enjoyable in seeing Almodóvar turn human drama into something almost like a detective story. Julieta may not be a traditional gumshoe seeking answers, but she is given them gradually—always in the tone of revelation, usually bestowed on noir detectives who are about to crack a case wide open.

None of that is to say that “Julieta” ever loses sight of its human core. There may be a “Whydunnit” driving the film, but only because we need to know the answers, on a human level, as desperately as Julieta does. In that sense, that may be what distinguishes Almodóvar’s film the most: the way he wields such an empathic mystery to powerfully marry us with his character and her desire to understand how life could have caught her so off guard.

Lives are considerably more on guard in Kim Nguyen’s “Two Lovers and a Bear." If you have any doubts about the hostility of the frigid Northern Canada environment that Lucy (Tatiana Maslany) and Roman (Dane DeHaan) inhabit, “Two Lovers and a Bear” dismisses them quickly when Roman helps transport a coffin on a plane and is asked what happened to the man inside. “Got lost,” he answers.

He’s not the only one. “Two Lovers and a Bear” ties itself neatly together by being much about the danger of getting lost—and not just geographically. Lucy and Roman may have found love (and a whole lot of lust) with each other, but love—like their surroundings—isn’t without its dangers. Lucy’s desire to head south to go to university leads to a breakup that that leads them to almost losing each other. They decide to stay together. The two of them are at risk of losing themselves to pasts they can’t escape—Roman is haunted by memories of an abusive father whom he injured in self-defense, and Lucy seems to be pursued by a mysterious man she fears. They decide to escape south together, and set out on a trek to cross hundreds of miles of tundra to find a better life.

“Two Lovers and a Bear” likes to walk its characters right up to disaster, before pulling back, but the latter isn’t something it’s always able to do for itself as a film. It too becomes lost at times, most notably in its control of tone. There’s an eccentric tendency in Canadian cinema to juggle multiple tones in a single film, just as much as there is a tendency to prove incapable of pulling it off. So, we get a movie here that gives us a heartbroken Roman sticking a rifle in his mouth and a beer-drinking talking polar bear (yes, seriously); we get an honest glimpse of a little-seen world, and an abandoned army bunker treated like a horror movie setting; we get a romance full of the aching affections of young love, and a tendency towards despairing star-crossed lovers. Still, not to beat this recurring motif to death, but even if “Two Lovers and a Bear” gets a little lost along the way, there’s still enough here that’s well worth finding. 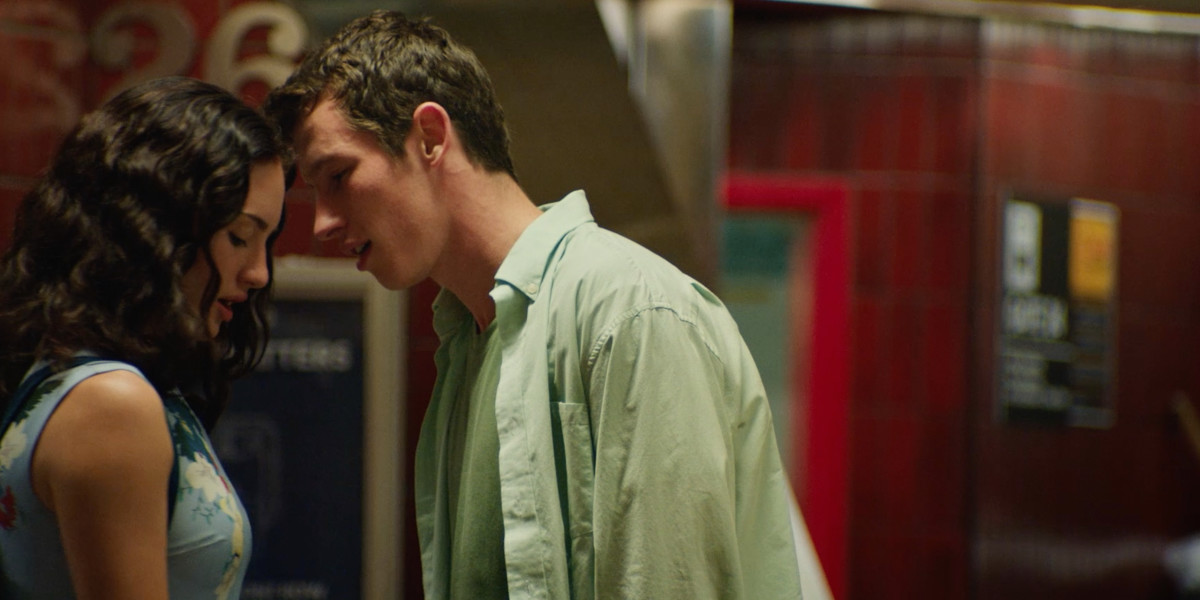 A different kind of love story can be found in Adam Leon’s “Tramps,” a romantic comedy that’s excellent at extracting big feelings from small things. The set-up of goes something like this: aspiring chef Danny (Callum Turner) is asked by his hoodlum brother to take his place in a briefcase drop. Danny is paired on the job with a driver named Ellie (Grace Van Patten), a young woman looking to use the cash from the job to start anew. When the exchange goes sideways, and the wrong person accidentally takes the briefcase, Danny and Ellie’s fates are flung together, and they spend the next 24 hours tracking it down outside New York City.

It is here where the film blooms. Danny and Ellie end up having to kill a lot of time together for reasons I won’t spoil, but that allows them to wander, talk and kindle something between themselves. It all faintly recalls “Before Sunrise”(well, if a payday had been involved), and, as was the case with Celene and Jesse, the appeal of the characters’ budding romance is entirely powered by the actors’ chemistry, and Turner and Van Patten have a considerable amount. It takes a shrewd director to trust that’s what can fill even the most Spartan movie, and allows it to. The result is “Tramps” accumulates a charm and delight that draws you in like a gravitational force.

There’s more to praise in “Tramps”—it’s a love letter to New York City, it’s a perfect blend of indie rom-com and crime film, its balanced handling of clichés and cliché-avoidance. But, much like a real-life romance, it’s not about the particulars of what works that makes you fall in love, it’s what you feel. “Tramps” makes you feel like the smile on your face won’t fade for a long time.