Star power is an essential element of any festival, and it comes in very different forms. For gigantic premieres at the Princess of Wales or the Roy Thomson Hall, star power often means the faces that get the flashbulbs popping, from Rachel McAdams in “Spotlight," to Matt Damon in “The Martian,” to Johnny Depp in “Black Mass.” Having spent a week in Toronto, I’ve come to learn that star power can be surprising. Witness the people outside of the premiere of “High-Rise” on Sunday night with drawings from “The Lion King” for Jeremy Irons to sign. Listen to the older crowd on a Monday morning at the TIFF Lightbox who gasp when “Sunset Song” director Terence Davies is announced for the Q&A. And consider the warm response given to Jason Bateman’s sophomore directorial effort, “The Family Fang,” especially after the director announced on stage, “This is NOT ‘Bad Words’.” But Star Power has little impact on quality, and these three films vary wildly in that department, from a film that I’m writing about quickly because I think I’ll have forgotten about it by dawn, to a heartfelt piece that has grown in memory only 24 hours after I saw it. And then there’s the latest from Ben Wheatley, which is one of the most divisive pictures of TIFF 2015.

Let’s start with Jason Bateman’s “The Family Fang,” based on the bestselling novel by Kevin Wilson, and the kind of material that I could easily see working on paper, or in the hands of a very confident director who can give it shape. Sadly, that didn’t happen here. “The Family Fang” is formless, the kind of thing that has no visual language at all and simply makes one point repeatedly. Bateman seems to be a good director with actors—he gets solid performances from his cast—but there’s no drive to this picture, no urgency or real message to convey. It merely tells another story about bad parents and the kids who finally figure out that they are the spawn of misanthropes. We’ve seen it before, and nothing here is memorable enough to justify seeing it again.

Annie (Nicole Kidman) and Baxter Fang (Bateman) were famous before they were given the choice to be so or not (and there is an interesting meta reading of the film given the fact that Jason was a child actor). Their parents, Caleb and Camille (played by Christopher Walken and Maryann Plunkett when older) are essentially performance artists. Caleb refers to them as “A” and “B,” both their first initials and indicators of his consideration of their worth. The Fang Family becomes famous for essentially being practical jokers. They set up bits like a fake bank robbery or an altercation in the park, and then Caleb (or someone else) tries to film the response from average people. Caleb is convinced that this is art, not what you see on a stage or in a film. Art requires audience interaction and unpredictability. Of course, this forever damages his children.

Annie has become a headline-grabbing actress while Baxter has become an insecure writer. After a bizarre accident involving a potato gun, Baxter ends up in the hospital, and needs to be picked up by his parents. He calls in Annie for support, and revelations and healing naturally ensue. Bateman’s film cuts back and forth between the young Caleb family, present day, and even a documentary about the Fangs. “The Family Fang” lacks a strong voice, and so its dime-store philosophy about art, writing, acting and family wears out its welcome. There’s just no reason to get invested outside of a decent performance from Kidman, but she rarely gives a bad one (even in “Strangerland,” she works). She needs to stop being the best thing about the movies she’s in. 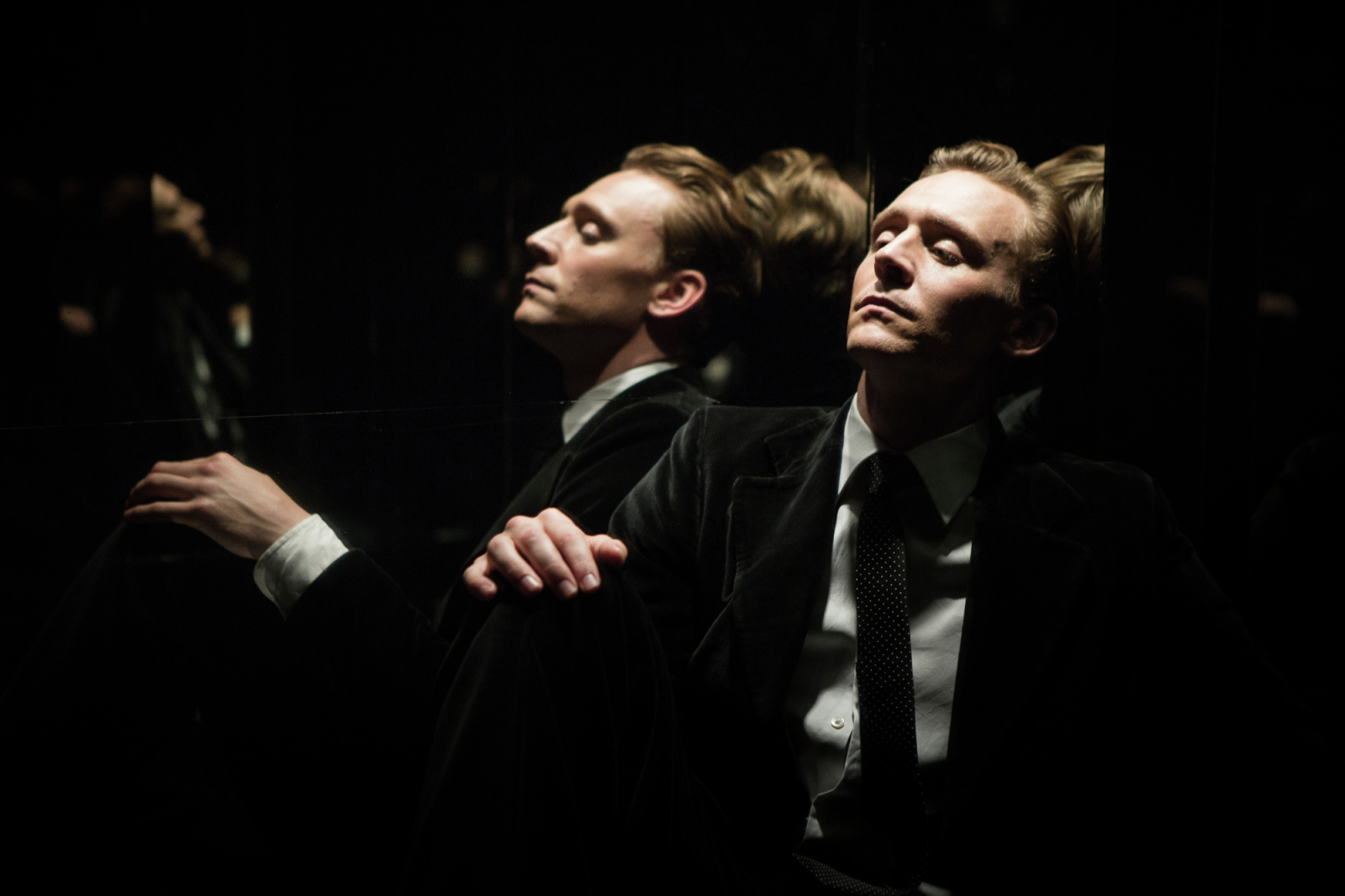 Another actor on a run of “he’s good, but…” is Tom Hiddleston, who watched his Oscar bid for “I Saw the Light” falter and then heard the divisive response to Ben Wheatley’s “High-Rise,” which premiered on Sunday night to walk-outs and rapturous applause. I think that’s how Wheatley wants it. He set out to make a film that would aggravate some and invigorate others. Shockingly, I fall somewhere in between. Unlike a lot of films at TIFF this year, there’s remarkable directorial confidence on display in “High-Rise.” It is filled with memorable imagery, the kind that video essayists will enjoy using for decades to come. But the final product feels hollow, an exercise in style with almost no substance. Part of the problem is that Wheatley not only doesn’t seem interested in his characters, but barely registers as intrigued by his themes. It’s all visual excess for him, which has value in the moment but is hollow in the end.

Based on J.G. Ballard’s hit novel, “High-Rise” is a satirical look at life in a futuristic skyscraper that plays out not unlike a variation on the themes in “Snowpiercer.” The poor, working class people live on the lower floors, while the elite occupy the top floors. Closer to the top than the bottom is the newest resident, Dr. Robert Laing (Hiddleston). He’s not look for attention, but he’s intrigued by the beautiful woman (Sienna Miller) who lives above him, and eventually meets with the building’s architect Mr. Royal (Jeremy Irons), who occupies the top of the building with a garden and even a horse. Luke Evans and Elisabeth Moss play an unhappy couple on a lower floor.

What starts as a study class descends into total anarchy. Power stops working in the building, and riots essentially take place, most embodied by the class war between the floors. Through it all, Wheatley pitches “High-Rise” like a cinematic opera. The costumes are lavish, the set pieces are intense, and even the music choices, including a classical variation on ABBA, are bizarre. Problematically, “High-Rise” never builds tension, despite eventually getting to some very dark places thematically. We have no characters to care about, so it’s like watching a society crumble in the form of entertainment instead of social commentary. This detachment makes “High-Rise” the kind of exercise in excess that Royal and his cronies would love. And that’s a problem. 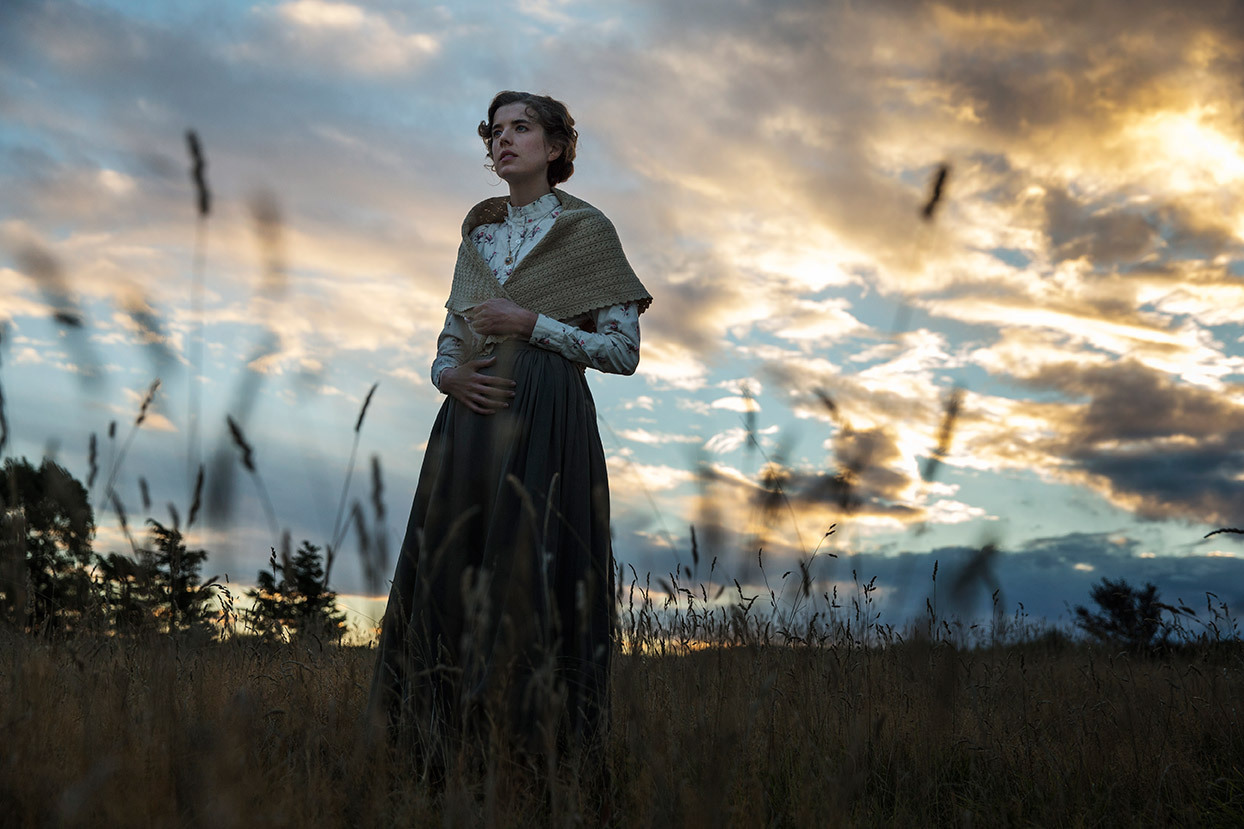 Also highly stylized, but in a totally different way is Terence Davies’ “Sunset Song,” based on Lewis Grassic Gibbon’s classic 1932 novel. Davies saw a serial production of the novel on television many years ago and has been trying to make it ever since. As in all of his films, Davies’ brings a lyrical grace to the project that doesn’t shy away from the story’s epic melodrama. It’s an old-fashioned story of hardship, family, love and war, elevated by the passionate, robust, heartfelt filmmaking skill of a master. The first act of the film drags a bit, but this is a piece with cumulative power. Stick with it. You’ll be rewarded.

As in all of his films, “Sunset Song” takes place in cinematic memory. What I mean by that is that it’s not so much realism, but history filtered through a deep language of classic cinema. Though not as dreamlike as his autobiographical films, “Sunset” still feels distinctly Davies. Each shot has a painterly look, and the camera moves purposefully to an essential score by Gast Waltzing (and shot by Michael McDonough). The Scottish countryside becomes art with horizons reflected in lakes and fields of wheat that Malick would envy.

In the early twentieth century, the Guthrie family is struggling. Led by a violent patriarch (Peter Mullan), they are forced to move to a bigger home after mother gets pregnant again, even at an age when she really no longer should. Dad doesn’t care about that. Women, especially those that he considers his property, will breed until he chooses to stop. And he’ll beat his son Will (Jack Greenlees) long after one would assume he’d stop. Will runs away, leaving oldest daughter Chris (model Agyness Deyn) to run the farm. Soon, she’s falling in love herself with the charming Ewan Tavendale (Kevin Guthrie), but their new life together will be destroyed by the Great War.

“Sunset Song” bears so many of the hallmarks of Davies’ work, from the communal power of music to the destructive impact of war. It is about how we are unable to stop the inevitable forces that work against us, whether they be strokes that destroy our bodies or wars that destroy our minds. And Chris is a strong, likable character walking against the increasing wind of life. This is a beautiful film that’s not as well-structured or impactful as Davies’ masterpieces, but still bears the fingerprints of one of history’s essential filmmakers. Yes, it’s slow and deliberate, but allow its carefully calibrated beauty to work on you and you’ll be rewarded. Forget star power. That’s the real power of cinema.