It also takes a system of good to destroy a system of evil. Just as abuse cannot be perpetrated without the complicity of people who look the other way, nothing as remarkable as the investigation into sexual abuse by the clergy done by The Boston Globe could have ever been accomplished by a lone gunman. It took a team. This approach to this true story is one of the best elements of Thomas McCarthy’s fantastic “Spotlight,” one of the leanest, most purposeful dramas I’ve seen in a long time. It is a film devoid of melodramatic speeches or characters designed purely to tug at the heartstrings. It is deliberate, accomplished, and intense, playing like a thriller more than a piece of Oscar bait. McCarthy proves to be the perfect director for this material, as his work with characters and actors ground the piece in a way that more style-heavy directors would not have. In fact, seeing “Truth” the next day made the strengths of “Spotlight” even more readily apparent. They’re both good films, and both will find their audiences, but “Spotlight” stands above not only “Truth” but most of the major movies screened this year at TIFF. It’s a phenomenal accomplishment.

In 2001, the Spotlight unit of The Boston Globe was working on a story about police officers when a new boss (played with subtle dignity by Liev Schreiber) asks them to focus on a breaking story. A priest has been accused of molesting dozens of children. And while, sadly, that’s a story that the paper has reported before, there is evidence that Cardinal Law knew about it. Is there a system out there protecting pedophile priests? “Robby” Robinson (Michael Keaton) leads a team that includes Michael Rezendes (Mark Ruffalo), Sacha Pfeiffer (Rachel McAdams) and Matt Carroll (Brian d’Arcy James) and the quartet begins an investigation.

They learn pretty quickly that these allegations against the clergy are nothing new. In fact, the paper has been tipped off about it before, and have generally buried the story or failed to investigate, often due to a perceived fear that the very religious community of Boston wouldn’t take kindly to an attack on the Church. The Spotlight team faces opposition at every turn, from the lawyers who have worked carefully to hide settlements in these cases to those within the paper who think it’s a non-story. "There were a few bad eggs," or, "It’s not a crisis." Of course, we know it was and is a crisis, and the Spotlight team would go on to win a Pulitzer for their landmark investigation.

The room for error with “Spotlight” is amazing. Think of all the overly emotional beats that McCarthy and co-writer Josh Singer could have hit, and that could have been underlined by gauzy cinematography and an overcooked score. None of that happens. McCarthy and Singer push their true story forward with the speed of a moving train, focusing on intelligent dialogue more than anything else. These are smart people who are good at their job, and that’s a rarity in film, believe it or not. They face many setbacks, but they don’t feel like ones designed by a screenwriter, and they have the passion and intelligence to push through.

Given its ensemble nature—there’s not a single bad performance, which means McCarthy deserves a lot of directorial credit—it’s hard to pick out an actor or two in “Spotlight” but Ruffalo feels like the stand out. He plays Rezendas as a fast-talking, driven guy who won’t take no for an answer. Watch his body language in a sequence in which he has to deal with red tape to get some key documents. Just looking at him, you get the impression that he would wait days to get what he needs. And Ruffalo does get the film's big speech, which could finally win him a long-deserved Oscar. But it's a speech that feels genuine and from his character, instead of designed to win a trophy. Keaton gets a big speech too, and he really grounds the piece as the team’s leader. Every performance works, including smaller ones played by Stanley Tucci, John Slattery and Billy Crudup. We’ll be writing a lot more about this film in the coming months, and I’ll get to Masanobu Takayanagi’s tight, fluid, non-showy cinematography then. For now, just know that of all the big premieres in the Fall Fest season that I’ve seen, this is the stand-out. 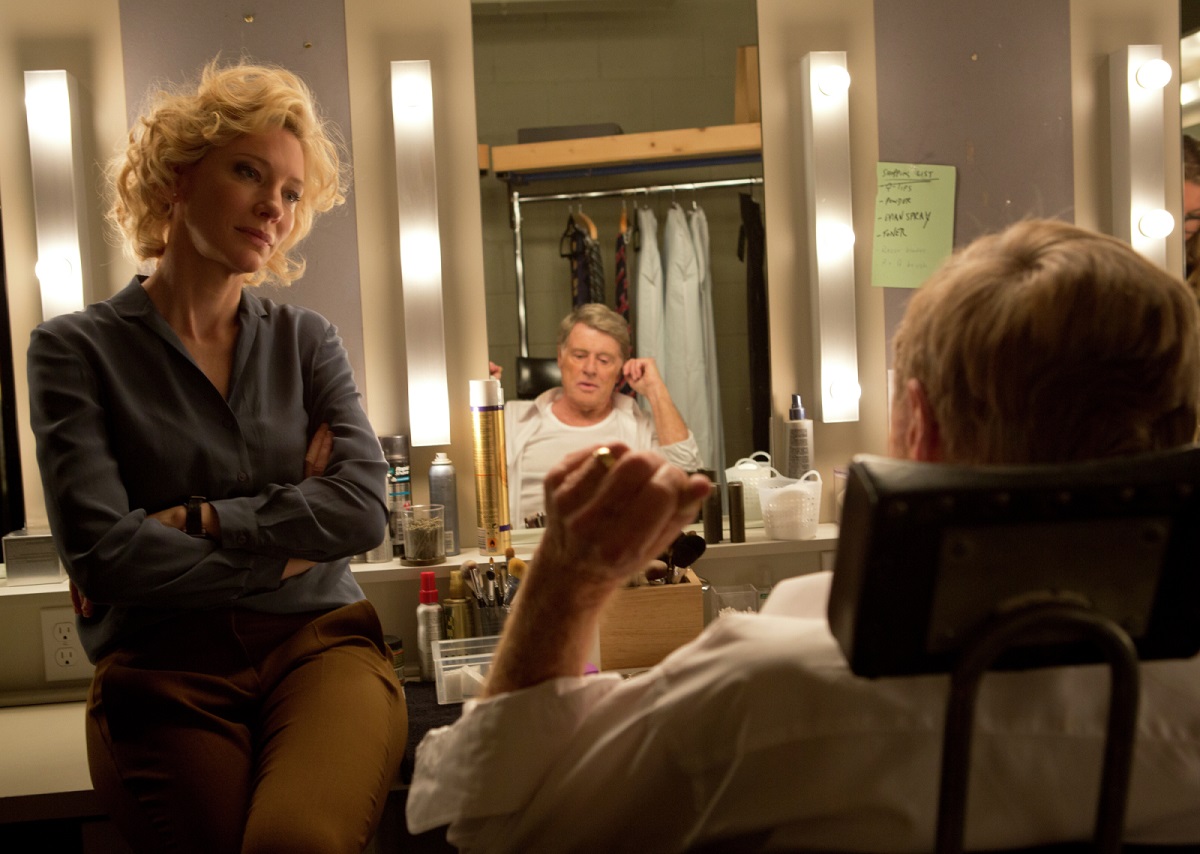 Which kind of makes seeing “Truth” the next day a little unfair. This is a solid drama about journalism and the failure to see the forest for the trees by a lot of people in this increasingly ill-informed world, but it’s not the artistic accomplishment of McCarthy’s film. Over-reliance on a heated score, a few too many purposeful monologues (I half-expected someone to say “You can’t handle the truth” unironically) and a clear bias leave this work short of what it could have been. It’s still a good film, and I’ll get into further detail in next month’s theatrical review, but it’s not a great one.

Cate Blanchett brings her intensity to the role of Mary Mapes, the producer of “60 Minutes” when the definitive news program aired a segment in 2004 that called into question President George Bush’s military record. We all know what happened next. The story turned out to be deeply flawed, most so in the arena of military documents that may have been forgeries. As Mapes and her team try to make clear in “Truth,” what got lost is the fact that the story itself was very likely true (at least according to the film) but the nitpicking over how it came to light destroyed careers, including Mapes and Dan Rather (played with excellent gravity by Robert Redford), who saw a wildly influential legacy destroyed by political posturing. This is a story worth telling, especially in an era when we seem to be losing the bigger picture in favor of individual complaints and unfocused reporting. “Truth” argues that the Rather scandal was the beginning of that end. Hopefully, films like it and “Spotlight” can light a fire under reporters in both print and television, to do what’s right as we look to the upcoming election and beyond. Probably not, but that very fire still makes for an entertaining film.