With films like "Distant Voices, Still Lives," "The Long Day Closes" and "The Deep Blue Sea," Terence Davies solidified his status as one of cinema's most beloved auteurs. In 2009, Screen on the Green went as far as dubbing him "Britain's Greatest Living Director." The living legend came to TIFF this year with his heartfelt, romantic adaptation of Lewis Grassic Gibbon's landmark 1932 novel "Sunset Song." Like many Davies films, "Sunset Song" is unapologetically dramatic, emphasizing the impact of war and the fortitude of the human spirit. It is the story of Chris (Agyness Deyn),a woman who must first deal with an abusive father (Peter Mullan) than an unpredictable husband (Kevin Guthrie). The lively, spirited, brilliant Davies sat down with me at the London House here in Toronto to talk about everything from Alastair Sim to "Singin' in the Rain" to "The Big Country" to "Psycho." It was an honor to speak to him.

I’m not! Of course, I’m not. When I compare myself to other people like Ken Loach or Peter Greenaway, they’ve won all the major prizes and have much better box offices than me. And also, I’m afraid of things like that, because I’m afraid of becoming arrogant, and there’s nothing worse than that kind of arrogance. And I don’t believe it, because I don’t know how you assess that. And my love of cinema, which goes from 1940/41 to the late '50s, slightly into the '60s; my work doesn’t have a glow about it. No modern cinema has that glow anymore, and it’s sort of a spectral glow. And I know it’s as vague as anything, but I look at them and just think, “Oh, you know it’s in a studio,” and then you think, “I don’t care.”

Is there a part of you that seeks to recreate that kind of glow? This film feels like an old fashioned kind of film. Or, you don’t think it can be?

No, it can’t be. Because Britain was different. If you look at comedy, for instance It was always about trying to behave properly. Well, resenting authority. But it was always done politely, which makes it funny. We had wonderful character actors, where now everyone wants to be a star. Those days, you had a character. You knew Cecil Parker would turn up, he’d do his scene and that would be it. And even in tiny things, very gentle comedy, like this one called “Innocents in Paris.” And these fat people go to Paris for the weekend, and it was just after the war, so you could only take five pounds with you. Literally, that was it. Those days you had to read the instructions. And Margaret Rutherford comes in and he says, “Have you read this?” And she says, “No.” He says, “Do you think you might?” And she reads it, fascinated, and he says, “Did you understand it?” And she says, “No.” (Laughs.) Alastair Sim is wonderful. He’s a very respected finance manager going to a conference in Paris, and they’re all taking photographs, and he just goes like this (makes a miserable face). This photographer says, “Do you think you could manage a smile?” And he says, “Hurry up, I can’t keep this up all day!” Love things like that. 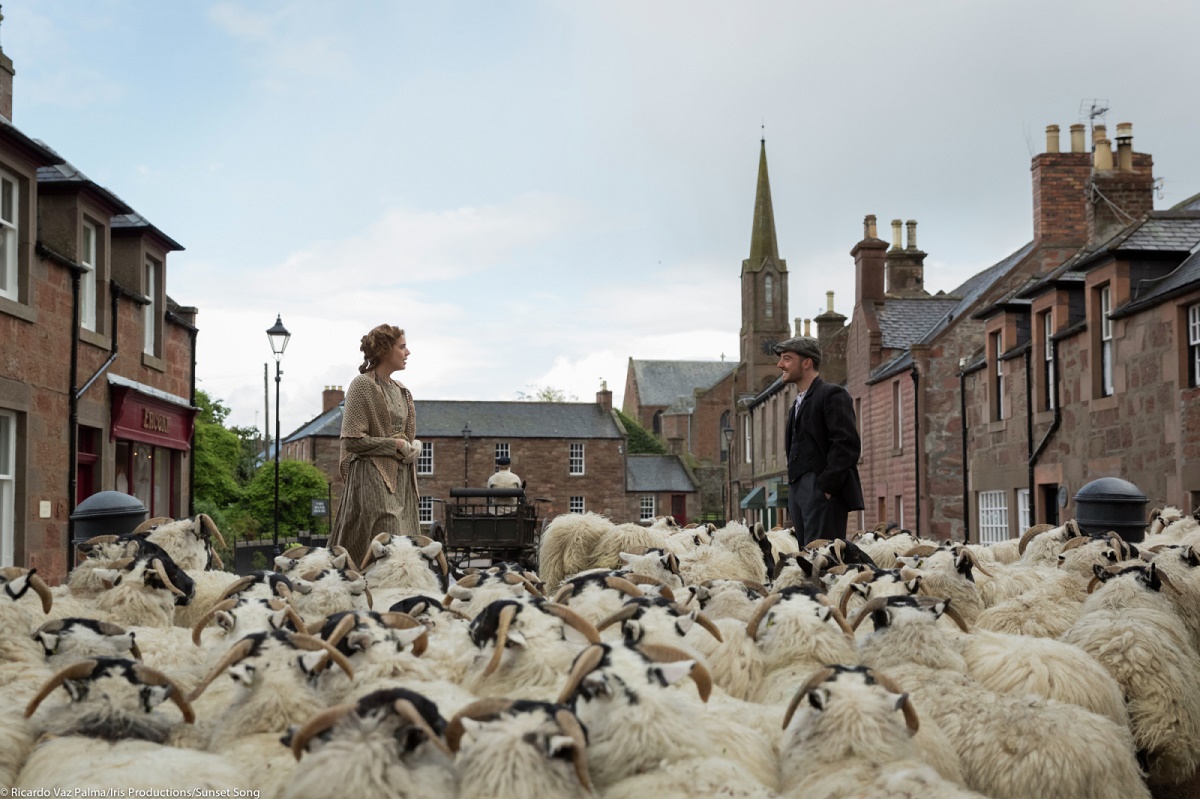 We should get to “Sunset Song,” which I think is wonderful by the way. What attracted you to the book?

Because I didn’t see it, or read the book until the early '70s, on BBC1 on aSunday night. They had a serial, a particular serial and this particular serial—it used to run for six weeks—was fantastic and I’d never heard of it, but I watched and waited for it every Sunday. Because those days you couldn’t record anything, and then I went out and bought it. It’s quite difficult to read because it’s written in the Doric dialect, but I just loved it. But I was working as a bookkeeping clerk, I had no idea of going into the arts or anything, I just loved the book. And it was many years later that I thought, “Oh, I think that would be a really good film to do.”

Was it daunting at all, the book has a large scope, and like you said they did it over several nights. So was it daunting to figure out how to get it down to 135 minutes?

Yes. That doesn’t only come with the writing, that comes when you start editing. Once you’ve done the first assembly, I never look at the script again. Because you’ve got to find meaning within the film, and you juxtapose this with this on the page, thinking “That will really work,” and you do it in the cutting room and it just doesn’t work at all, and that’s when you have to find the subtext, and that’s the hardest part, but it’s the most interesting. Because there are times when you wouldn’t have thought of juxtaposing this with that, and something happens, and they’ve just got to go together.

They say that the film is written three times. Written, directed, and edited. You seem enlivened by the editing, or most engaged.

I’m mostly frightened by it, because you can get it wrong, and if you get it wrong you get it wrong forever. The difficulty is, the people who put money on the line are inevitably going to have their say, and sometimes they’re very disparaging, they really, really are. And you say to them, “Well, have you watched it? Have you watched it properly?” And then someone will say something and you’ll just think, “Yes, there’s something wrong here,” but it’s usually about ten minutes back in the film or ahead. That’s what I’ve learned. And you try another, and that doesn’t work either. But the great joy is when you screen something and you think, “That’s the cut now. I’ve got the cut now.” And then you have to persuade everybody else that you’ve got the cut. 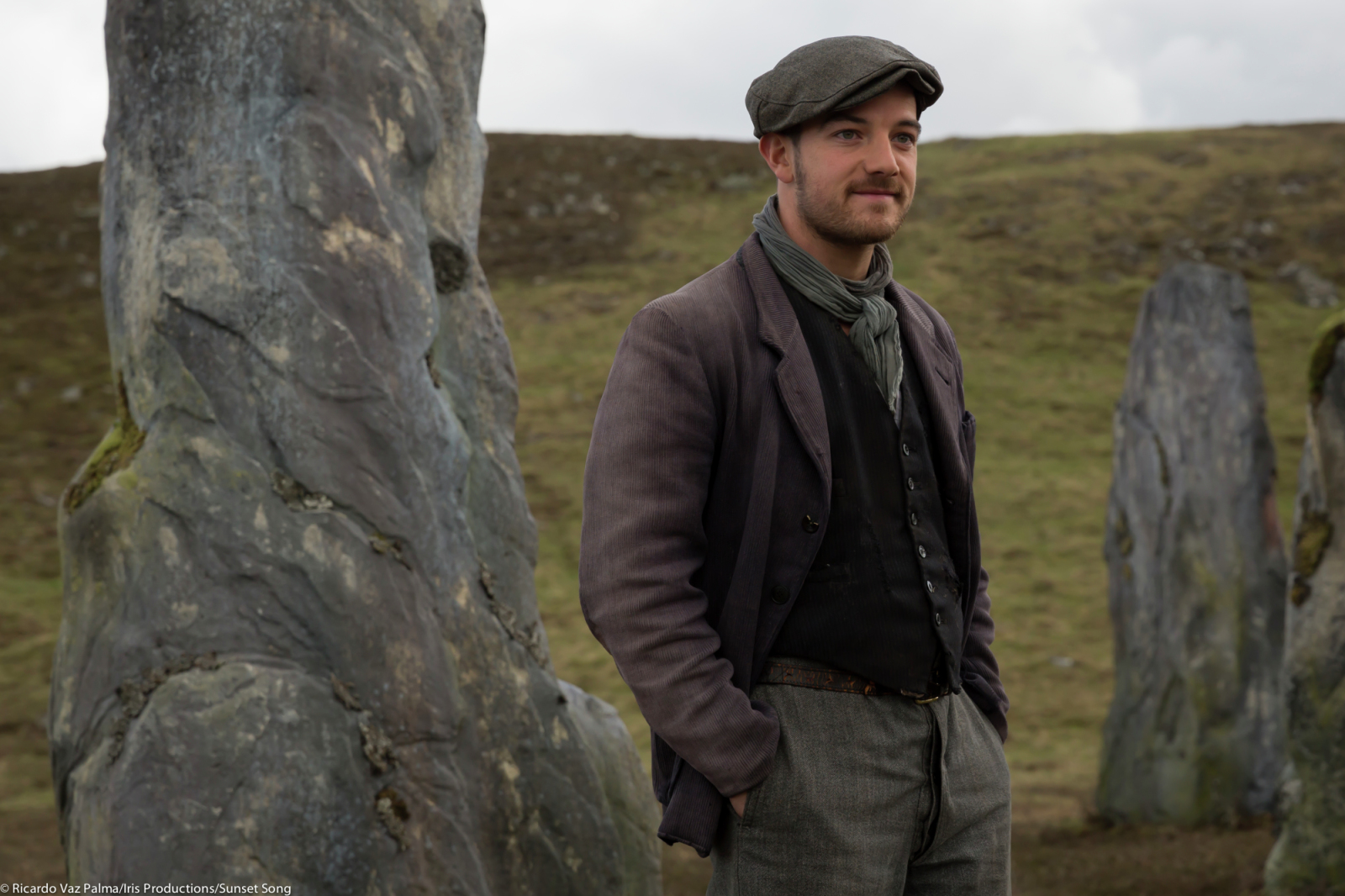 Long before that, this is the kind of thing that strikes me as falling apart if you don’t find the right two people. So much of it relies on their believable chemistry and dynamic, so how did you find them, and why are they special?

Agyness was brought in by the producer that started doing casting before me, and I don’t know anything about popular culture, and apparently she’s a big model, but I didn’t know that. She came in, she was the first in on a Monday morning, I turned to one of my producers and said, “We’ve found her.” You can just tell. She gave a wonderful audition. I just know in my stomach that they’re right. And then you go with that, “I’ll fight for them over anybody,” and they said, “[Kevin is] not well-known” and I said, “Well, he’ll grow up. You’re not going to direct.” I will always do that, and that’s the drawback. The drawback with that is of course that I can’t raise huge amounts of money.

Was there pressure to put bigger stars in these roles?

Yes, we didn’t have enough money to shoot that film, and it was very hard sometimes, I must say. Very, very hard.

I’m struck again, as in so many of your films, that music plays an essential role. Why is music such an important thing for you, such a communal force? There are at least four giant music cues in this film.

Well, two reasons. I had my family, and a lot of them had very good voices. And I grew up with communal singing, lots of people had very good voices, and I listened to a lot of popular music obviously, up until the rise of rock ’n roll and Elvis Presley, and I was taken by my sister to see “Jailhouse Rock,” I was only ten and I cringed all the way through. This awful voice, these terrible songs. Then the Beatles came on, and they were even worse. And then I began to discover classical music, which really did open such wonderful doors. So it’s always been such a part of me. And when you get shots that move with music, it can be really thrilling. And if you take something like “The Big Country,” the only thing good about it is the score. What a score. The only thing that he ever wrote, Jerome Moross.

Also, I was brought up on American music. My first film was “Singin' in the Rain” at seven. I fell in love with musicals, I love musicals. So, that was always theirs as part of one’s psyche. And they used to say on the contrary, Britain was a land without music, but that wasn’t true. That was not true. And it felt natural when there were certain things, especially when the camera moves, you think, “It needs something.” Or, I’d find the music and write a sequence to it, or write the sequence and think, “This has got to have music.” Because I’ve been listening to classical music and indeed popular music for 45 years, I just think, “Oh well, we’ll see if that will work.” And that’s the joy of it. Because when you find the right piece, that’s the joy.

I read someone refer to this from last night’s screening as a feminist piece. Do you think that’s true? And is that something that attracted you to it, perhaps?

No, I don’t think it is. It is just about the hero that’s a heroine. 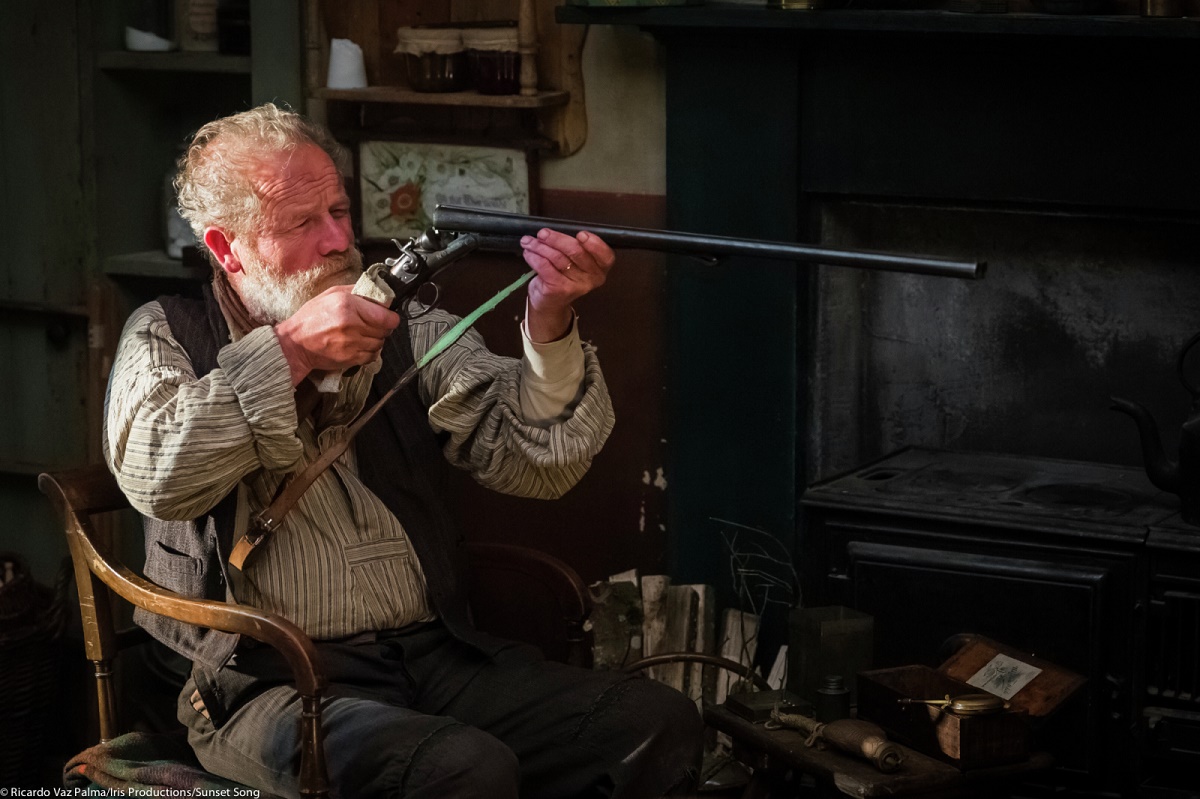 What were the inspirations for this film, in terms of movies, art, or literature other than the source material? Any films you watched, music you listened to, or art you went back to?

What happens is that you can’t get away from all of the films that you’ve watched. They come back refracted through you in a different way. And that’s always much more interesting. I grew up in a era of what we call “the woman’s picture,” and my sister took me to see “Love is a Many Splendored Thing,” “All that Heaven Allows,” and all that. And so I grew up on that, and you can’t get away from the influence that had. And then trying to make it, but it’s got to sing, it has got to be filmmaking, and it doesn’t really matter if it’s a man or woman who is a main character, the fact is that it’s got to be true to that. I think i probably do take extracts from little bits and things, but I’m not conscious of it. Because with it becomes conscious, then it becomes false.

Do you watch films for pleasure? If you’re going to sit and watch a movie, what are you going to watch?

Probably old films. And I don’t like very fast cutting. Everything, which is just, it’s just reductive. It’s supposed to bolster what you may feel, not what you’re supposed to feel. Unless it’s a work of genius like “Psycho,” then that sets up the the tension, and usually you’re on-edge all of the time. Because that film is not about murder, it’s about the randomness of madness. You’re terrified by those opening credits, and that marvelous score. But it’s got to be right. And you’ve got to be meticulous about it. Because when it’s worth it, it’s worth fighting for.

I just finished cutting a film on the life of Emily Dickinson. I’ve got to do the rest of post-production, but the picture’s locked. So it’s about her. And I love her as a poet.