"We tried to invite a lot of people, but no one came."

The Moscow International Film Festival in 2013 opened with "World War Z," as Brad Pitt signed autographs on the red carpet, and ended with "Rasputin," with star Gerard Depardieu attended the closing ceremony. This year, as a member of the event’s organizing team explained to me, the sanctions imposed on Russia have hurt the festival to such an extent that the most well-known international celebrity present was African auteur Abderrehmane Sissako, director of "Timbuktu." Perhaps that’s why the opening film was a homegrown documentary about the Soviet Union’s hockey team.

The festival is intricately tied up with the government. Its president, Nikita Mikhalkov, is a noted supporter of President Vladimir Putin; he even co-signed an open letter in 2007 asking Putin not to step down when his term ended. The Ministry of Culture of the Russian Federation supports the affair. Many members of the Russian film fraternity boycott the festival so that they aren’t seen endorsing the government’s actions. No wonder that rumors were going around about the organizers’ efforts to get Andrey Zvyagintsev and his latest film, "Leviathan," Best Screenplay winner at this year’s Cannes, in the line-up, but without success. 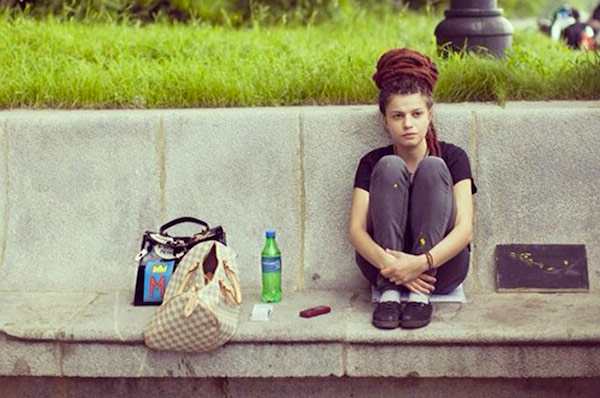 What did make it in to the line-up, though, was hit and miss. The most high-profile entry in competition was "Yes and Yes," the second feature film by Valeriya Gay Germanika, the enfant terrible of Russian cinema. Germanika received a special mention at Cannes in 2008 for her feature-length debut, "Everyone Dies But Me." The film is notable for the real alcohol and tobacco consumed by many of its young actors for the sake of cinematic honesty. That quality reaches a new acme (or nadir, depending on your point of view) in "Yes and Yes," where the lead actor pees into a cup and then drinks it. (No stunt double.)

Apart from the cringe-inducing realism of this scene, "Yes and Yes" has precious little to offer. Stretching a wafer-thin plot about a schoolteacher named Sasha falling in love with an erratic artist named Antonin over 112 minutes, the film commits the cardinal sin of being deadly boring. Predictable plots and stereotypes masquerading as characters have failed to sink many films, but not engaging your audience will definitely do the trick. After the aforementioned urine-drinking scene, Antonin is taken to the hospital in an ambulance—that’ll teach him—and yet the sequence has the tension of a poorly put together high school play. "Yes and Yes" was awarded the top honor by the festival’s FIPRESCI jury and Germanika took home the main jury’s Best Director prize; events I fail to understand, let alone explain. 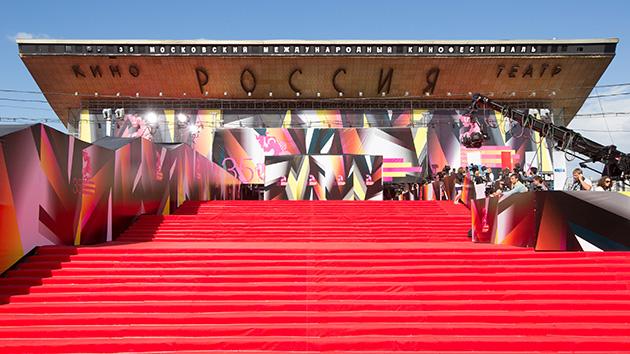 The Hermitage Museum in St. Petersburg is one of the world’s biggest repositories of art, home to over 3 million items and the biggest collection of paintings in the world. The structure—spread over six buildings, including the Winter Palace—is a marvel in itself, a national pride. Founded in 1764, the museum completes 250 years of existence this year. To commemorate the occasion, British filmmaker Margy Kinmonth has compiled a documentary, called "Hermitage Revealed," that attempts to trace the museum’s tumultuous history: from an imperial palace two centuries ago to state museum today.

It’s unclear at whom "Hermitage Revealed" is aimed. The film has English narration, provided by Kinmonth herself, limiting its accessibility to Russian folk. (The festival screened it with Russian subtitles.) However, any intertitle or introduction is flashed on screen in Russian; any sentence spoken in Russian is not translated to English. As a result, I didn’t get who half the "experts" were or what they sometimes said, an experience I’m sure will be replicated once the film travels the festival circuit. By the end, I had learned—against my wishes—how "Rembrandt" looks when written in the Cyrillic script.

Talking of the Dutch genius, the real appeal of "Hermitage Revealed" is the opportunity to see various artworks blown up on the big screen, along with corridors and chandeliers in the Hermitage’s interiors. The film was screened in IMAX at the festival, and having Rembrandt’s magnificent "Danaë" fill my entire field of vision was a jaw-dropping experience. There are also some time-lapse sequences of the Palace Square, each of which is worth playing on loop. The documentary doesn’t work as a history or art lesson, but if viewed on mute and thought of as vicarious tourism it’s wonderful. 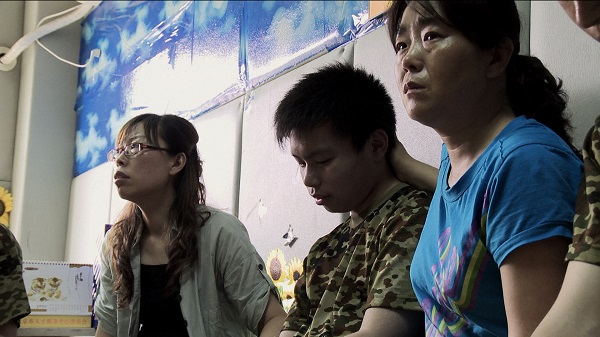 In the documentary competition category was "Web Junkie," a chronicle of life inside Danxing Bootcamp, a treatment centre in Beijing for children addicted to the internet. "Junkie" premiered at Sundance this year, but watching a scathing critique of one totalitarian state while sitting in another (almost as bad) such state was eerie. Every other week, a news headline makes one wonder what is going on in China and why no one is stopping them; "Web Junkie" practically makes you want to tear your hair out.

We follow three kids—Nicky, Hope and Hacker—who have been tricked or forced into the camp by their parents. A day inside the facility is disgusting and would be in violation of many laws around the world; that one scene featuring a child in his room is reminiscent of the imprisonment sequences in "Oldboy" is telling.

The film does take the easy way out sometimes. There’s an implicit assertion that conditions in all treatment centres in China (there are around 400 of them) are similar to the one we are watching; this is a hasty generalization that needs some qualification or analysis at least. The score attempts to highlight the brutality of proceedings and ends up detracting from them instead. The camerawork swoops in and out, doing unnecessary legwork when all we need—and the film requires—is to sit still while a teenaged patient stares at his father and makes a murder threat. And that’s enough to send a chill down any spine.