This year, two different categories at Sundance had films that followed the lives of young people on the brink of life-changing decisions—Marti Noxon’s U.S. Dramatic Competition film “To the Bone” showed a woman (Lily Collins) struggling with her anorexia, while Ry Russo-Young’s Premiere title “Before I Fall” showed a high schooler (Zoey Deutch) reliving the same day, trying to change its repeated events until she can live the rest of her life.

Writer/director Marti Noxon makes her directorial debut with “To the Bone,” a drama that gives viewers a first-hand perspective into the world of eating disorders, and the beautiful souls who have them. Front-and-center is a performance by Lily Collins, dramatically sincere even without considering the weight she must have lost to actualize her character Ellen, a quick-witted woman who needs medical help but refuses to play ball with various therapists. This all changes when Ellen meets Dr. Beckham (Keanu Reeves), who promises a different, more intense treatment than she is used to, which involves living in a home with people of other eating disorders, and finding her own way to choosing a healthier life.

After showing us Ellen’s anorexia up-close, while listening to her dismissive, dark comedy about it (she counts calories in a scene meant to play as goofy and tragic), Noxon’s narrative gets its main focus when she is brought to the house, where the rules start to take place. There are no doors in the house, no cell phones, and points are earned by doing chores, which can be used to have time away from the house. We also meet other residents of various conditions, like Pearl (Maya Eshet), who is often in bed with a tube in her nose, former dancer Luke (Alex Sharp), who lost a great deal of weight after an injury, and even a character played by Leslie Bibb, who is pregnant despite the thinness of her body, and is working hard to safely deliver the baby. Ellen wrestles with whether she wants to be better, facing her self-hatred, due in part to a disturbing past.

“To the Bone” has a concrete sense of place, people and perspective, all of which makes the movie stronger than its faults. It’s even striking that the movie takes on a quirky tone for subject matter, which provides some breathing room when hearing about the women and what they’re experiencing makes you want to burst into tears. But “To the Bone” goes in an uninteresting narrative direction, at least by my eyes, focusing on a budding relationship between Ellen and the too-hammy Lucas, while also not giving enough time to the other life stories in the house. The striking ideas of this movie are used for something that wants to mix the emotional immediacy of “The Fault in Our Stars” with a familiar type of rag-tag group crowd-pleasing. Even Reeves, who is introduced with a bit of intriguing sass, goes to the wayside.

Still, there is a lot of passion in this project, from the clear physical conditioning that Collins and her cast put themselves through to be true to this story, to the way that Noxon doesn’t pull back from showing how life-threatening these disorders can be, but that there are real people in each case. I’m happy that "To the Bone" exists, and that it's recently been acquired by Netflix for mass-viewing. The movie deserves a large audience, whether for viewers to empathize with others or to address their own pain. 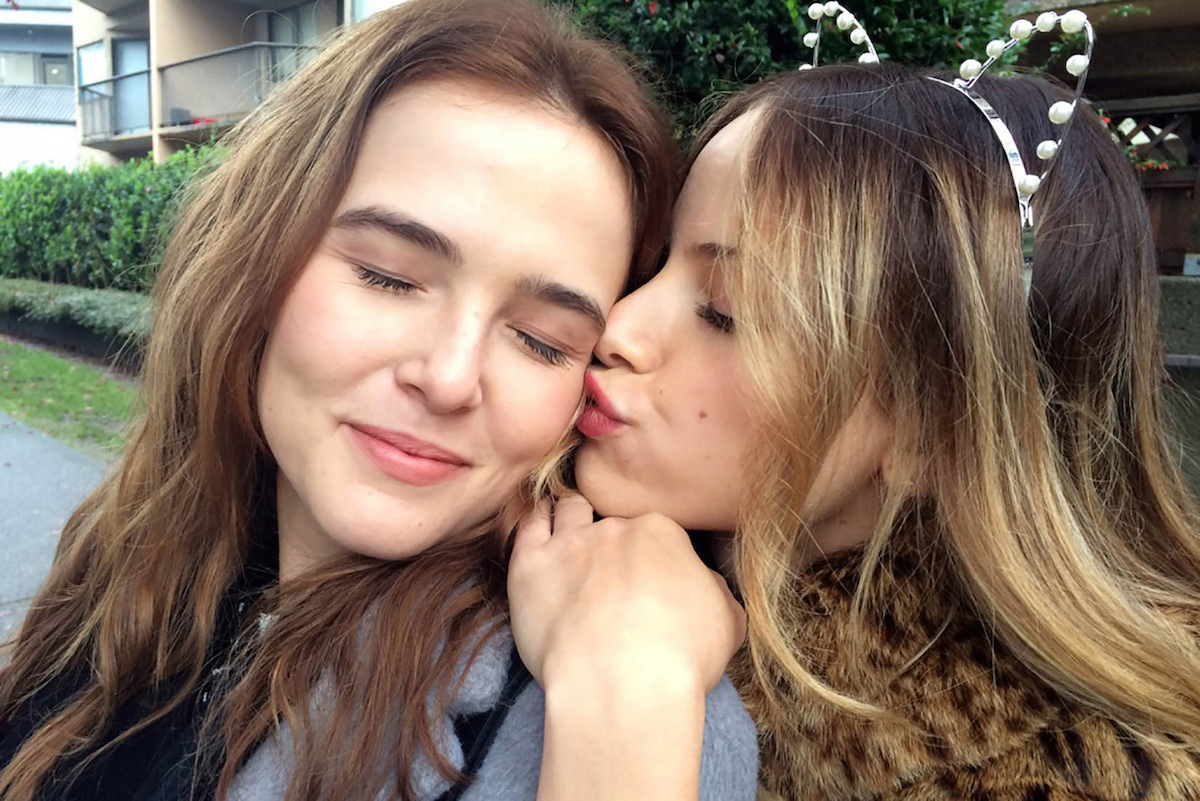 The “Groundhog’s Day” narrative hook gets a nifty take with "Before I Fall," but this time aimed especially towards emotionally immature high-schoolers. It’s a movie with a lot of thought into its concept, thanks in part to the vision of director Ry Russo-Young, as adapted from the book by Lauren Oliver. As a movie that relies on a central performance, repeated events and creativity within any tedium, it works pretty well.

It takes place on the same day: Samantha wakes up, rides to school with her friends (as led by Halston Sage’s Lindsay), receives a rose on “Cupid Day” from her beau and Kent, a guy who likes her. At lunch, Samantha and her friends (who are believably yet shockingly mean) make fun of social outcast Juliet (Elena Kampouris), who is even given a “Carrie” hairstyle to accentuate how strange she looks to everyone else. That night features a party at Kent’s house, where Juliet gets aggressive with Lindsay, creating some chaos at the teenage box social. The night ends, and starts from the beginning when Samantha and her friends hit something on their way home from the party and are killed in a car crash.

Deutch's nimble performance is a key part to this movie, especially in making the redundancy compelling. She takes us through Samantha’s different understandings of what she should do to change the day, even though there’s nothing telling her that “doing the right thing” is what will break the cycle. And even when the solution seems pretty obvious (speaking as a high school survivor myself), Deutch makes the character’s true journey of maturity visceral.

Russo-Young films the tale with precision, especially when savoring the movie's refreshing focus on female friendships. It's an artful, though surprisingly glum movie with a color palette that takes itself perhaps too seriously. Former high-schoolers might be a bit bored by the movie’s ultimate goal of teaching a lesson, but for the viewers that need this type of story, I can’t deny its strong articulation of a worthy message.