The Premieres section of the Sundance Film Festival is one of its most coveted programs. It’s often filled out by former Sundance stars, such as Kenneth Lonergan returning with “Manchester by the Sea” or Ira Sachs delivering “Little Men” or Kelly Reichardt dividing audiences with “Certain Women.” These films have higher pedigrees than a section like Next, and usually come with enough of a known quality that they don’t really belong in Dramatic Competition, which is designed to reward new talent. So, Premieres is often where you find the stars, such as Michael Shannon and Rachel Weisz appearing in the noir-ish “Complete Unknown,” Viggo Mortensen headlining the dramedy “Captain Fantastic” and John Carney returning after his breakthrough success with “Once” to give the world the glorious “Sing Street.”

Let’s start there. “Sing Street” is the Big Smile Movie of Sundance 2016. It’s a joyful, glorious film that brings to mind great movies about the power of music from “Almost Famous” to “School of Rock.” John Carney’s latest is about those years when we use music to drown out reality, and the select talented few who turn their need for music into the paths to their future. Set in the ‘80s in Dublin, “Sing Street” vibrates with the music of the era, including Duran Duran, The Cure, and even Hall and Oates. Most importantly, it includes its own music inspired by ‘80s pop hits, and nearly all of it is marvelously catchy. People at the premiere were dancing during the credits.

At the core of “Sing Street” is a love story nearly as gentle and beautiful as the one in “Once.” Conor (Ferdia Walsh-Peelo) is going through an awkward phase. The 14-year-old is watching his parents (Aidan Gillen & Maria Doyle Kennedy) inch closer to divorce, as financial struggles have torn the family apart. In fact, Conor will no longer go to the posh school he’s been attending, forced to transfer to a Christian Brothers school on Synge Street. Conor’s best friend is his brother Brendan (Jack Reynor), who gives him guidance in the ways of love and, most of all, music. The brothers sit in his room, surrounded by records, and Brendan trains him in everything from Joe Jackson to Depeche Mode. The education comes in handy when Conor spots Raphina on the step across the street from his miserable school. He falls hard for this older girl who claims to be a model, and decides the way to get her heart is to cast her in a music video. He’ll have to actually form a band first. Gathering similarly awkward kids from the school, the band Sing Street is formed, and Conor writes the lyrics to a half-dozen catchy-as-hell songs with titles like “The Riddle of the Model” and “Drive It Like You Stole It.”

With “Sing Street,” Carney finds the perfect balance of music, comedy, romance and drama. The movie is simply joyous throughout, reminding cynical viewers of the power of a good pop song and maybe even that dream of a different artistic profession that they once put on a shelf. The performers are uniformly strong, especially the three leads. Walsh-Peelo strikes a perfect balance between the insecurity of his feelings about Raphina and a stunning confidence gleaned by the self-awareness that he’s more talented than his classmates. Boynton is mesmerizing, finding rare depth to a role that could have been a caricature. Raphina has her own story too, and Carney and Boynton are wise to not turn her into an object to be obtained. And Reynor’s strong performance sneaks up on you. These are three of the most memorable characters from Sundance 2016; three people who you will love when The Weinstein Company releases “Sing Street” later this year. I know everyone has certain movies they couldn’t possibly like, but “Sing Street” really seems like something that could appeal to any demographic across the board. It is so powerfully fun, it’s easy to fall under its spell. 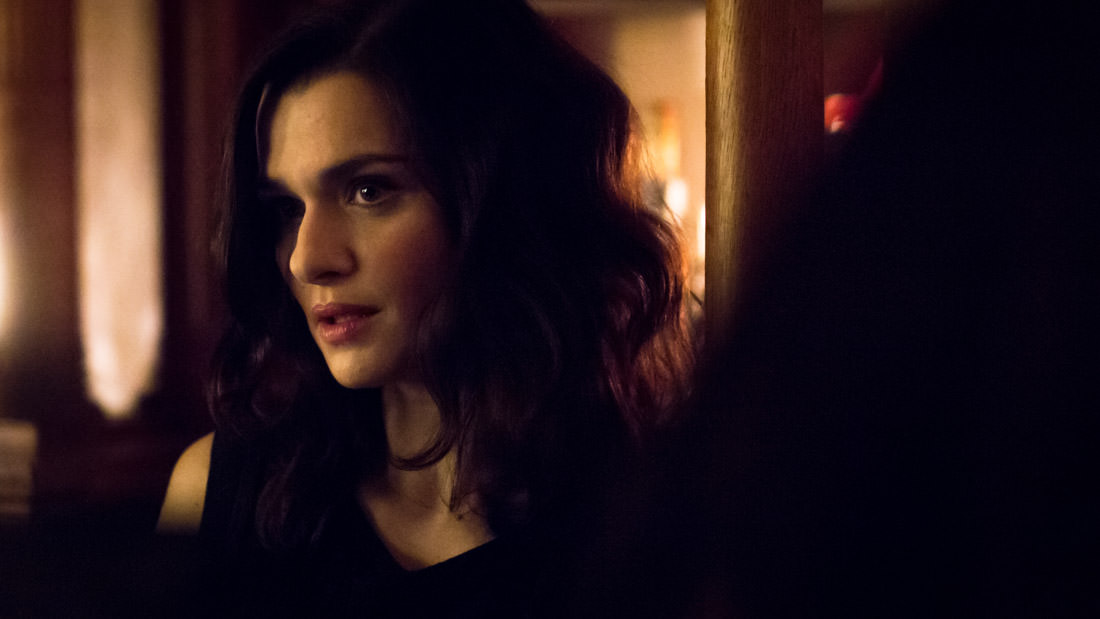 What’s the opposite of “fun”? It’s whatever is going on in Joshua Marston’s misguided, awful “Complete Unknown,” a film that somehow pulls off something that could have been considered impossible: a boring film starring the charismatic pairing of Rachel Weisz and Michael Shannon. “Complete Unknown” is a film that literally gets less interesting with each subsequent minute. It starts with an intriguing concept, sags with tone and pacing problems in the middle, and then ends with such a pretentious final act that my eyes rolled so hard that I saw the back of my head.

“Complete Unknown” opens with a fascinating montage. We see Weisz go through a series of characters—a magician’s helper, a surgical assistant, and more. Who are these characters? Is this film a surreal piece in which one actress plays multiple people? I was intrigued. Sadly, the explanation is rather straightforward. It turns out that Alice is essentially a nomad. She gets bored with her life, and she disappears to start a new one. When she shows up at a birthday party for Tom (Shannon), he recognizes her as Jenny, the girl who disappeared from his life 15 years ago. As Tom is carefully considering major changes to his life, he speaks to a person who has spent most of her life doing nothing but change.

It’s not a bad concept for a film, but Marston can’t figure out what story he’s telling. In the first act, he films “Complete Unknown” almost like a noir with Weisz in the femme fatale role; the mysterious woman coming back into Tom’s life. And yet “Complete Unknown” is definitely not that movie. When Alice/Jenny’s secret is revealed, “Complete Unknown” actually becomes a walking-and-talking movie as Tom and Alice walk the streets and talk about her discarded lives and his blurry future. To be blunt, I never cared. There are no stakes. And even as a performance piece, Marston leaves his mega-talented stars in limbo. 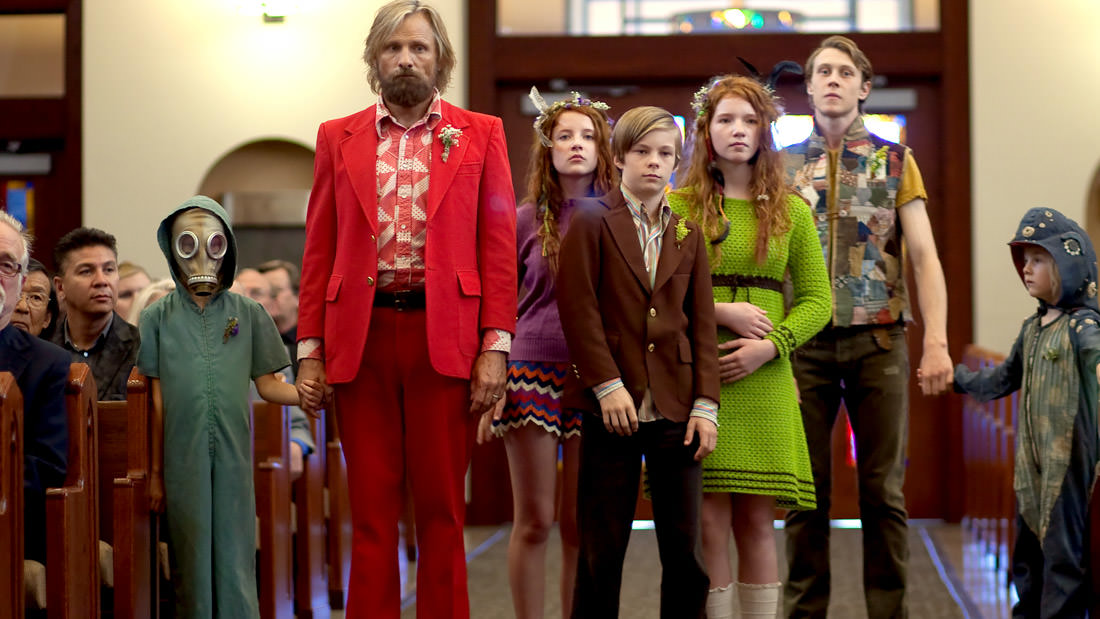 In a sense, “Captain Fantastic” is also about lives in limbo but more literal and with the pretentious philosophy of Marston’s film replaced by hippie worldviews, but not much better filmmaking. Living off the grid has always had something of a magical allure for filmmakers, almost always people deeply on the grid. In fact, one has to wonder if writer/director/actor Matt Ross wasn’t more drawn to the story of his Sundance premiere “Captain Fantastic” in part because of the fact that he plays Gavin Belson on the HBO grid-heavy hit “Silicon Valley.” His dramedy is about a family as far away from Silicon Valley as possible.

Ben (Viggo Mortensen) has built a home for his six children deep in the forest of the Pacific Northwest. In the film’s opening scene, Ben’s 17-year-old son kills a deer with a knife. This Buddhist family only eats what it kills or grows, reads constantly, plays music together, celebrates Noam Chomsky’s birthday and is home-schooled by Ben. However, there are hints that not all is well. The oldest secretly applied (and got into) colleges and mom is off in a hospital recovering from an undefined illness. Ben takes the family bus into the city one day to talk to her, learning that she killed herself the night before. Ben and the family know that mom didn’t want to be buried in a religious ceremony; she wanted to be cremated and have her funeral turned into a party, and so they set out to fulfill her wishes even if it gets dad arrested.

“Captain Fantastic” is well-intentioned but remarkably formulaic given its story. It’s not dirty enough. There are no edges on it. It’s one of those films that thinks a kid saying “Stick it to the man” is an indication of a unique family. Ross never allows us to get to know the rest of the family, and has actually miscast a few of them. In the end, the movie belongs entirely to Viggo, who does everything he can to give the piece depth, but his efforts only go so far.