The first night of Sundance was a time for jerks. Not referring to anyone in line, and especially not referring to anyone who helps make this bonanza whir like the best amusement park in the world, but the main focuses of its two narrative features, “Belgica” and “Other People.” Whether it's a coincidence or an ominous hint from the programmers about the subjects and characters that lay ahead, both films challenged first night viewers about the limits to which they can embrace, or even just watch, selfish people. That these stories have cores of truth to them doesn’t make it any more enjoyable once the jerks start to take over.

From Belgium comes the bar drama "Belgica," which focuses on two brothers who run a “den of depravity” of the titular name (the film's events are based on true experiences). The younger brother, Stef Aerts' Jo (with a distinct, vulnerable one eye closed from a medical condition) is young and responsible, having built the bar from the ground up, turning it into a type of haven for boozy times. Jo’s need for financial help is answered by the involvement of his older brother, Tom Vermier's Frank, who himself is fearful of becoming boring while living out in the countryside with his wife, young child and kennel of dogs. The two are coming from opposite points of their lives, but they meet in the middle at Belgica, where the party life takes hold of their existence. As the bar expands, Frank begins to indulge his selfish instincts, cheating on his vigorously aloof wife and falling in general into the cliche vices of sex, drugs and rock and roll. Jo, on the other hand, tries to focus on the business and operate it as cleanly as possible. They continuously clash with their contrasting integrities, nonetheless presented with a strong chemistry between the two).

Co-writer/director Felix van Groeningen has a striking setting for a fraternal drama, but ruthlessly serves up the same old narrative menu of bad things like cocaine, unexpected pregnancies and bursts of thuggish violence. Including its gimmicky musical acts that appear throughout, “Belgica” is like a tacky rock star movie, but about people who try to create the parties every night. When the film isn’t looking to emulate a party itself, its moments of brimming machismo can get very tedious, especially between men so openly, and blandly, amoral. However much van Groeningen thinks he is studying these people, he isn’t able to create an ultimate sympathy for these two brothers, nor distance his gaze from the fowl testosterone that ultimately turns this bash into a tedious event.

"Belgica" does feature some inspired, amped-up visuals when presenting the different musical acts, such as a sequence where different bands from various nights are blended into one big song, the experience of being in the bar as amplified and surprising as its gimmicky acts. The camera has adrenaline in painting a fuller picture of the bar's energy, but the buzz leaves a bad aftertaste. These are fleeting high points in a movie with far too many low ones, a party with guests you'd rather not get to know so personally. 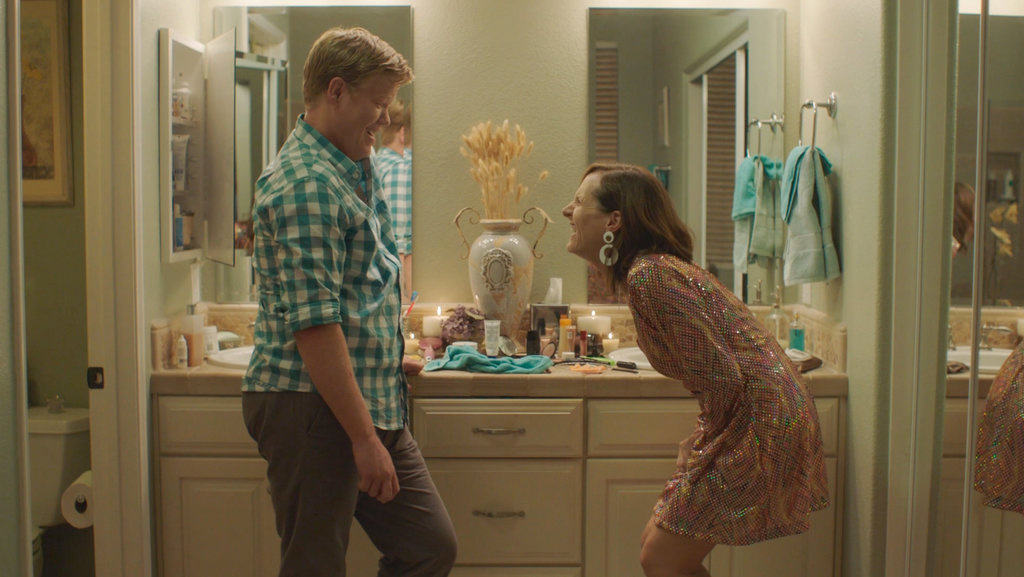 “You’re other people to other people” is the kind of flimsy wit to be found in the cancer dramedy/directorial debut of SNL writer Chris Kelly, which he did indeed title “Other People.” Without even knowing his history, there is an obvious personal core to this story and its sentiments, told with a type of unapologetic selfishness that comes from the state of grieving (like when Mike Mills decided to give a dog subtitles for the similar 2011 film “Beginners," just because). It focuses heavily on two very ambitious subjects—cancer, and even on comedy, but is very often lost in how it articulate these ideas with tact. Even when it features a delicate performance from Molly Shannon as a cancer-stricken, sharply humored mother, the movie has a cringing focus to its a repeatedly failed comedy writer who, curiously enough, doesn’t know how to connect with many people.

Jesse Plemons (of “Breaking Bad”) plays that latter character, David. He leaves New York City and his spot in the improv group Upright Citizens Brigade to take care of his mother Joanne (Shannon), which more immediately forces him to confront his current life situation—he has no job, no boyfriend and he’s almost 30. While flailing around to make sense of these “failures,” he distances himself from the titular folk (including his sisters, who appear on-screen simply to have their hang-out gestures rejected), and gets even more strained with his homophobic dad (Bradley Whitford). In David’s world, his mother’s cancer is just another thing on his mind, something that puts him deeper inside his head. "Other People" is a headspace of tragedies of various degrees that Kelly desperately wants to put the audience in, but sympathy feels more forced than it is earned.

Plemons and Shannon have a nice chemistry as a son and mother who bond in some intimate moments, both of them starting the film with a sweetness that Kelly cannot articulately develop. Instead, he has to make their situations bigger, like stretch Plemons' smooth performance to a meltdown in a grocery store when trying to find laxatives for his mother (which has a tragedy that doesn’t become comic, just obnoxious), or repeatedly place Shannon into contrived situations trying to squeeze the life out of her already jarring performance. On the other hand, when Kelly goes for low-key dark humor, it feels contrived. Is it funny that the family is at a milkshake shop when talking about Joanne's will? This is the entire set-up for this moment, which lacks any vision, like the rest of this bland looking film, or a specific taste other than self-amusement that doesn’t come with self-awareness.

Kelly sets “Other People” up from the very beginning as a comedian’s take on cancer, including people making references to the prestige of “Saturday Night Live” and Lorne Michaels, along with featuring the comedy boost from supporting parts by Kerri Kenney, June Squibb, and an appearance from Maude Apatow as one of his rejected sisters. But to say that “Other People” is genuinely funny is generous, as it even resorts to filming David’s improv group as both comedy sequence piece and exposition about Joanne (an unintentional visual mirror to how flat everything else in the film looks). “Other People” also manages to feature a quirky costumed dance, regardless of its scant narrative purpose. In a sense that I can imagine was not intentional, "Other People" is only a comedian's film if it were to be about a funnyman proven again and again that he is not funny.

Kelly does show some directorial strength when he allows two characters to openly ruminate on the ideas between them, with dialogue that does connect more than its double-titular line. Along with nearly any moment in which David and Joanne can bond without Kelly's weak impulses getting between them, as ex-boyfriend Paul, Zach Woods creates a very touching scene with Plemons about their relationship and Joanne's sickness, while John Early as David’s friend Gabe delivers a sweet monologue about how he likes to remember his own mother that passed away. Even with the ugly road it takes to get to these passages (via improv show for one, and the dance sequence for the latter), the inspiration for the story comes through, its testy focus character briefly not seeming so bad. When Kelly doesn't make it all about himself, he’s able to genuinely hit home.