The documentation of real life can often be an investigative process, as shown by three films that made their world premieres at Sundance, "Audrie & Daisy," "Author: The JT LeRoy Story" and "Holy Hell." But along with their immediate subject matter, the most important detail to these projects is how a filmmaker brings a viewer into the investigations via cinematic skills, of which these three movies offer curiously sporadic results.

Bonni Cohen and Jon Shenk's "Audrie & Daisy" focuses on two separate cases of similar horrors, indicating just a beginning to how many likewise stories are out there. In Audrie Pott’s case, the Saratoga, California high school student was sexually assaulted at a party, taking her own life when pictures from the assault spread throughout her peers. In Maryville, Missouri, teenager Daisy Coleman and her friend were assaulted by older high school boys while drinking; since then, Daisy has tried to find some peace with other survivors of assault. Coming from one side of the argument with a lot of evidence to back it up, “Audrie & Daisy” has a determination to share these stories with as many people as it can, and does so with an uncommon amount of visual finesse, even as it employs an even more uncommon structure.

"Audrie & Daisy" takes an upfront approach to presenting the experiences of its survivors, before and after the incident. We learn about their friends and siblings' experiences with these incidents, and spend time getting to know these once-welcoming communities. A complicated picture of these places is painted: a town stands for peace and pride in one scene, and in the next is full of backlash of people protecting the accused. For Daisy's story, a sheriff is even introduced as a seemingly-harmless breed of comic relief. But soon enough even he says some mortifying things about the young women's situation, the film slyly expressing the type of stiff opposition these cases receive in the local courts.

More than any new documentary of its subject matter I have seen in a long while, "Audrie & Daisy" has style and a distinct look, in the way it animates depositions (faces completely blown out, while super-imposed on footage of football teams) or how it shows various Facebook conversations that place you into the social aftermath of its events. The arrangement of its two separate stories may be a bit chaotic, but the film is best taken as a couple different tales of this type of trauma, its outrage coming through loud and clear. I am thrilled that Netflix has recently acquired the film, so that a wide audience can get this side of the story, as expressed through intelligent, passionate filmmaking. 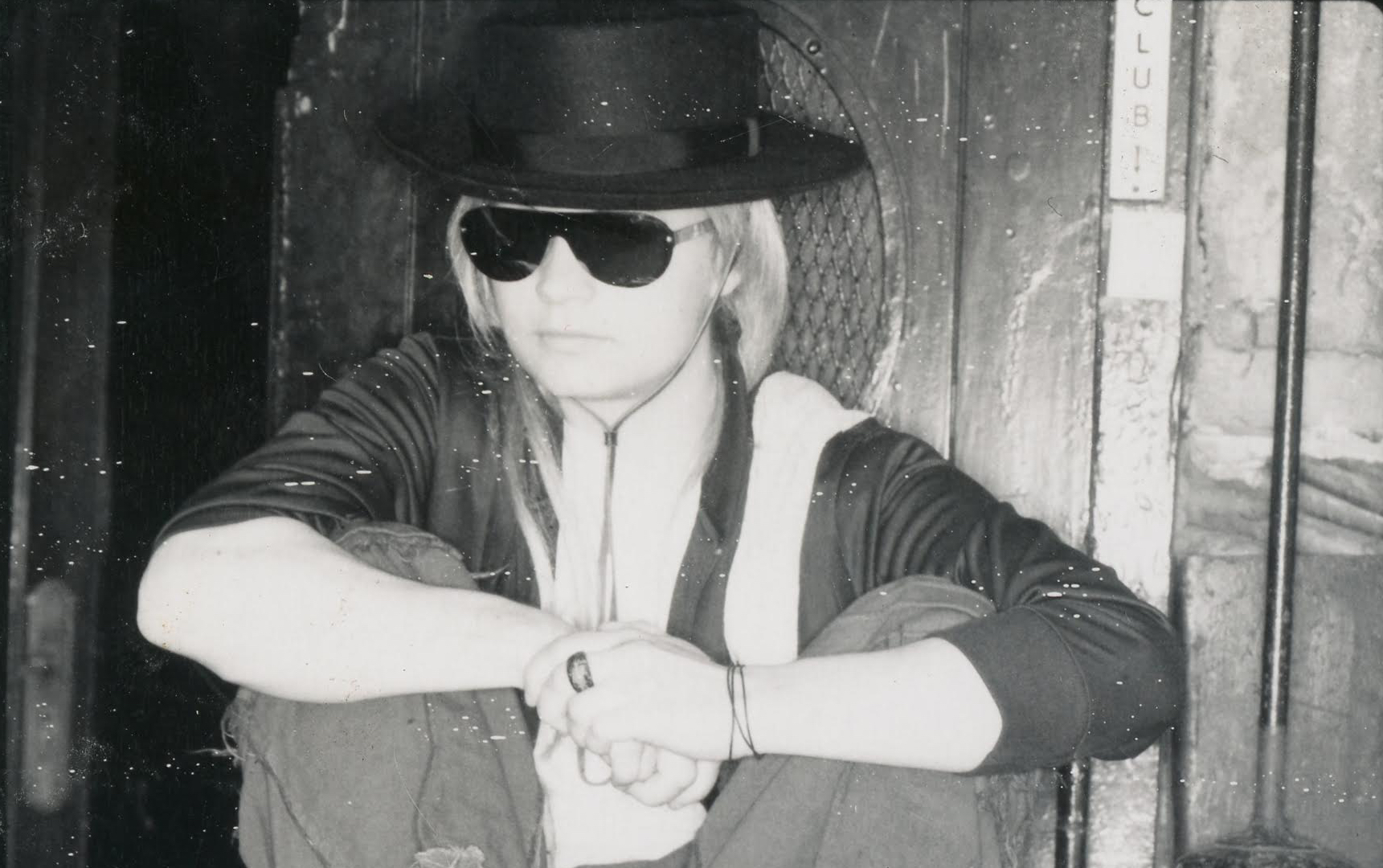 The fake life story within documentary “Author: The JT LeRoy Story” is itself a piece of art, a reflection of artistic celebrity and our desire to celebrate underdogs. Throughout the late '90s and into the early 2000s, JT Leroy captured the attention of the counterculture across the world with his stories of being a child prostitute, drug addict and victim of abuse who now found freedom through writing. The problem for all concerned was that despite numerous physical appearances and even a movie deal, JT’s past was a complete lie. Nor was JT the creation of a man.

Director Jeff Feuerzeug’s film starts with the source of this saga, a woman named Laura Albert. JT was not her first time creating a fake personality to interact with the world. She created avatars out of other human beings long before games like “Second Life,” and took on names such as “Speedie” and “Terminator.” But with impressive writing to bolster him, JT was the identity that became a phenomenon far beyond just the literary world. “Author: The JT Leroy Story” then traces the saga step-by-step into how Albert's sister-in-law became the physical manifestation of JT LeRoy, how Asia Argento made a movie from a fake story, how it all came crashing down, and other fascinating tales that proved too bizarre to be true.

To express such a story, Feuerzeig uses effective Errol Morris techniques, with Albert staring straight at us and confessing the intricate story, as assisted by sporadic graphics (in Morris-speak, “Author” is like a non-snarky "Tabloid"). But a solid chunk of the visual action devolves to watching close-ups of tapes rotate during recorded conversations, our eyes following along English subtitles. It proves repetitive, the crazy events of JT eventually wearing out visual welcome towards the end of the 110-minute runtime, even though the hoax is anything but unoriginal.

With its many shifting identities and an erratic course of events, Feuerzeig has so many different threads to manage, which he takes on at full-force even at the inherent problem it does for pacing. And even with that in mind, there’s still so many more questions to be answered, concerning how Laura was able to get other people to become her avatars (like her sister going to punk shows for her), or the general reflections others had about these events. Putting the story into Albert’s hands is a strong option, especially as the viewer fully believes a subject previously known for creating such a big lie, but the big picture still feels incomplete. 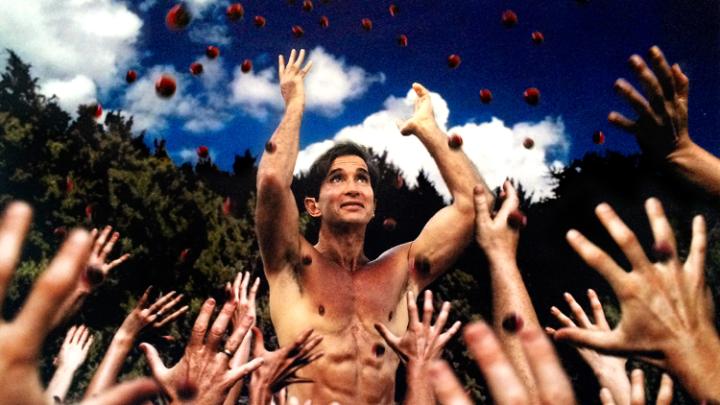 Will Allen only revealed himself as the director of the cult documentary "Holy Hell" just a month before its world premiere at Sundance. He reasoned to Variety that he wanted to protect the film from any interference by subjects from the doc, which focuses on an American cult called the Buddhafield, as led by an egomaniac named Michel. Now, after watching Allen's final product, regardless if the anonymity helped him edit in peace, removing his name still feels like another action to call attention to himself.

To get to fascinating footage that Allen shot as the cult's designated videographer, you have to get through Allen himself, who frames this project as his chance to finally be a director (it is his debut film). Though supporting new faces is always intriguing in the likes of Sundance, his personal stamp is not special enough beyond his cult experience to be more than added weight, or a tedious prologue.

Once the story does focus on this unbelievable part of his life and many others, Allen over-directs the piece, beginning with a backfiring usage of Blue Swede's "Hooked On a Feeling" over images of people worshiping in Buddhafield group. The sequences he creates from footage of young men and women facing God is sporadically interesting, but Allen often chops it up, or layers it with a car insurance commercial score. Allen rarely allows his fascinating footage to speak for itself.

The course of "Holy Hell" goes throughout 20 years, a timeline that Allen fills with various personal experiences from talking heads, which makes for some golden passages as we are outsiders looking in on intimate events. Allen's intimacy with his subjects leads to intriguing first-person accounts of spiritual sensations like getting the life-changing The Knowing, or physically experiencing a rush that came from somewhere, and convinced people of this power. As the story becomes about a community of young men and women who found a breathtaking peace with each other through the wisdom of Michel, "Holy Hell" is also much softer than its incendiary title may suggest, but still has little delicacy with that impact.

It is unfortunate that Allen aims the saga of Buddhafield towards a big reveal that is both shocking and obvious, despite the devastating impact it had on members of the cult during its timeline. It brings to light a matter of focus—Allen had this footage and an experience, but wasn't sure for what strong purpose to tell it. As it does for its thesis statement of "I wanted to make a movie," "Holy Hell" bungles its ultimate conclusion to the whole experience. By putting first-person talking heads to the Buddhafield it does provide a different idea of the cult, one of optimism and eventually gratefulness—but in its messy sense it offers little summation, aside from that cults can be fake institutions, too.