In a fashion reminiscent of the crowd-pleasing “Whiplash,” this year’s Sundance Film Festival kicked off with another film about a musical genius pushed to their limits in “What Happened, Miss Simone?” And throughout its 102 minute running time, this slight documentary makes a valiant, if ultimately ineffective effort to discover what did happen to the enigma that was jazz provocateur Nina Simone.

Directed by Academy-Award nominee Liz Garbus, the movie is a Netflix-produced venture, soon to be released on their platform. It’s a fitting acquisition too, as Garbus’ film—which intersperses sporadic talking head interviews with Simone’s family and friends—comes across as a cursory glance at the legend’s sordid life.

There’s palpable pain brewing inside of Simone’s mangled, mercurial figure. That pain is especially perceptible in the margins of her telling diary, which serves as the film’s de-facto narrator. And, even in her baritone voice, there’s a tinge of melancholy and heartbreak that hint at a life replete with domestic abuse, rabid racism and severe depression. But that struggle is rarely felt in Garbus’ film, only explained. Instead, she leans too heavily on concert performances, which are wonderful to sit and listen to, but will dull those who are not ardent listeners of Simone’s virtuoso discography. Unfortunately, that puts “What Happened, Miss Simone?” in a precarious position: it’s not insightful enough to satisfy preexisting fans of her music, and not engaging enough to attract new ones. 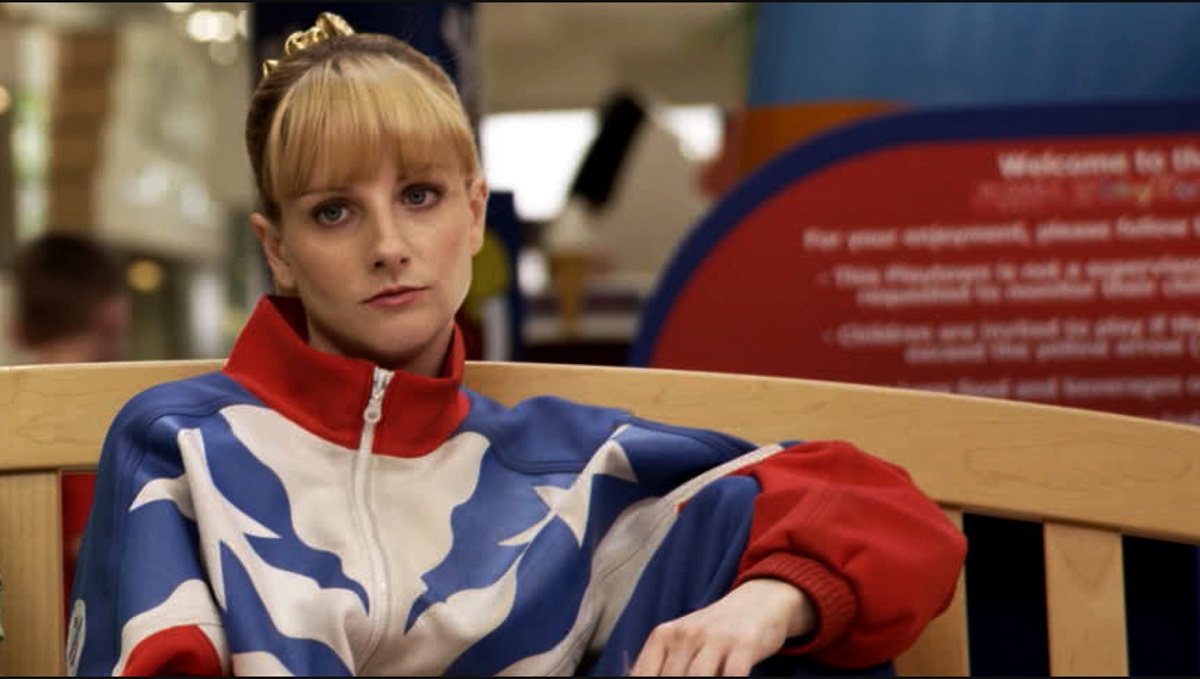 Upon the death of her former coach—who also assumed the role of her absent mother—she is tasked with training a burgeoning gymnast, the innocent Maggie Townsend played by Haley Lu Richardson. The simplistic setup propels Gregory out of her bed and into action, initially sabotaging Townsend’s chances of winning by feeding her junk food, getting her stoned, and introducing a beau into her life (Maggie has never been kissed).

Surely, there’s potential in “The Bronze,” but it’s a thoroughly one-note affair. Hope spews expletives incessantly because crafting an actual thought would require far too much energy. The joke, I believe, is that she has gall to be profane anywhere, anytime. And there are a few occasions in which Hope’s raunchiness elicits a chuckle. An acrobatic sex scene involving Hope and a fellow Olympic gymnast (the antagonist in the film, played by Sebastian Stan) is gold—the rare clever moment in this bundle of misfires. It’s clear that director Bryan Buckley is aiming for go-for-broke vulgarity in the way “Bad Words” flourished. The vital difference between the two films is that Jason Bateman is a national treasure, with the ability to deliver pointed ad hominems with sardonic precision. Rauch, whom I suspect to have a career after this mishap, bangs her drum to one, unfunny beat again and again and again—each time to the deafening sound of crickets. 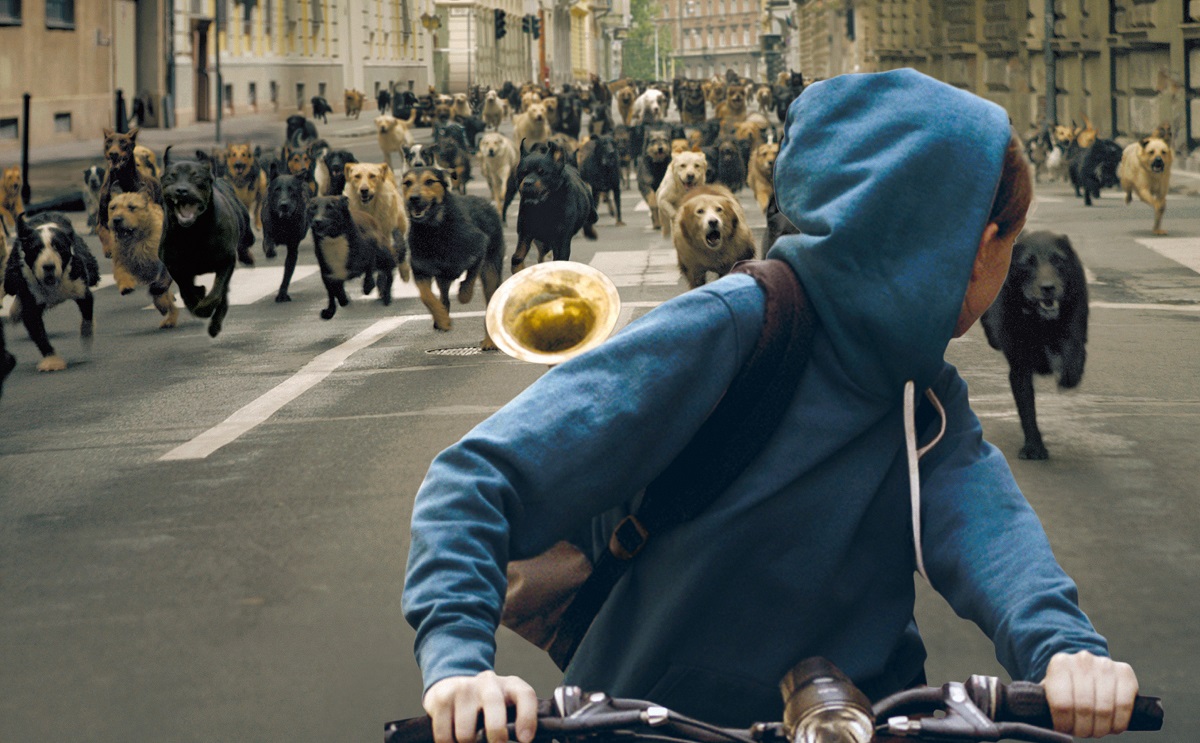 Playing in the Spotlight section (the category where Sundance selects movies from other festivals they want to showcase) is “White God,” a peculiar and plodding yarn from writer/director Kornél Mundruczó. Essentially the Hungarian “Bicycle Thieves,” the movie revolves around a teenage girl traversing the streets in search of her beloved mixed-breed, Hagen. Sporting a turquoise hoodie and a backpack with her trumpet always in tow, Lili (Zsófia Psotta) rides her bike around the city for hours. She is tireless in her pursuit to track down her dog. And no one, especially her estranged father whom she’s staying with for three months, seems to understand why she cares so much.

Is the mutt Lili’s way of combating loneliness? Is Hagen the only living, breathing thing she truly loves? Are the derogative comments hurled at Hagen symbolic of the classicism in Hungary? Does any of this matter?

“White God” fields all these questions in one way or another by its end. But what’s clear is that Mundruczó is fascinated in the buildup, the slow burn before the fireworks. And really, the only riveting elements here come from the fireworks courtesy of a brutally violent left turn delivered in the film’s final half hour. As it rapidly morphs into “Dog of the Planet of the Apes,” it’s clear that we’ve been watching the wrong film for the last 90 minutes. 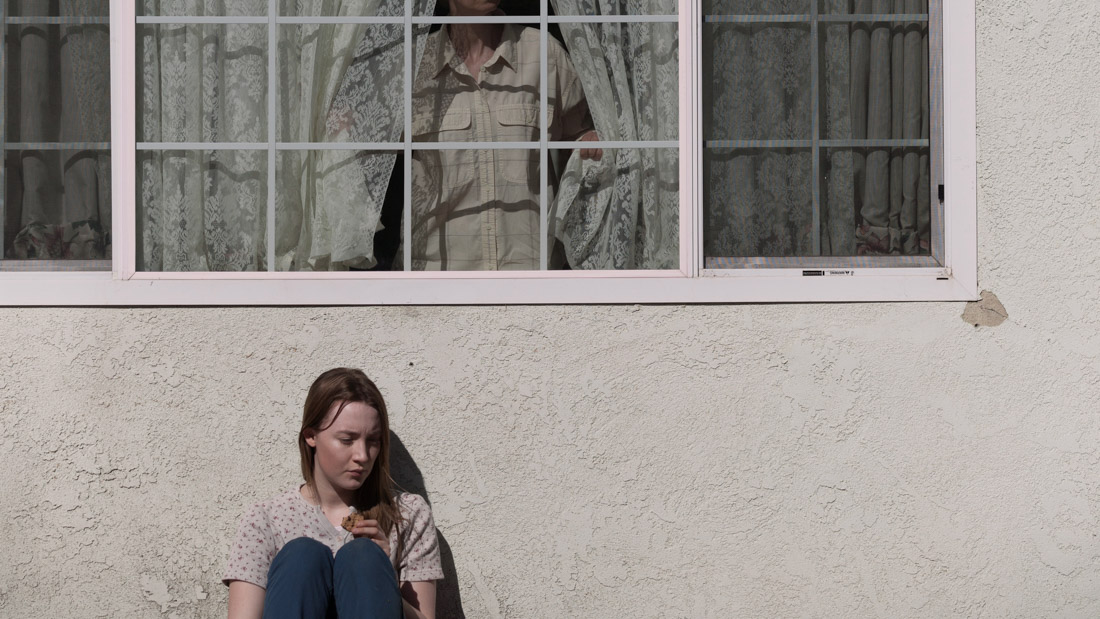 Though to less detriment, “Stockholm, PA” similarly struggles with this multiple personality disorder. Nikole Beckwith’s directorial debut picks up with Leia Dargon (Saorise Ronan), a taciturn 20-something returned to her biological parents after 17 years of being held captive. It doesn’t particularly feel like home for Leia, whose mind has been molded by her abductor (Jason Isaacs) for nearly two decades.

Beckwith immediately dives into the idea that a victim of kidnapping could have more affection for their abductor than the people who birthed them into existence. To Leia, there was no crime committed. Life as she knows it just happened. Ronan plays the aloof Leia to a tee—her emotional and psychological confusion kept at bay as parents, psychologists and strangers press her for details about what happened. Most sequences allow Ronan to say nothing at all, to operate in complete silence. Underneath the confident veneer that doesn’t believe in religion because “religion is for those who don’t believe in themselves,” is a scared, perplexed woman. Or maybe not.

“Stockholm, PA” dexterously plays with our expectations about how Leia should feel. From afar we see a child tragically taken away from her family and thrown into this insular life of living in a basement with a stranger. But Beckwith adds grey layers to that narrative that make it difficult to say what is right and what is wrong. Perhaps being kidnapped by Ben McKay (Isaacs) was the best thing to happen to Leia—a path of enlightenment her parents (played by Cynthia Nixon and David Warshofsky) couldn’t offer.

That the movie doesn’t entirely undo itself as a result of its haphazardly constructed last act is a testament to Ronan’s abilities. Under Beckwith’s incisive direction, Ronan delivers an unnerving performance, creating a character we so intensely wish to fully comprehend, but never will.

Day two ended on a positive note as I re-watched the “The Royal Road,” a breathtaking cinematic essay that made its world premiere yesterday here at the festival. The 66-minute masterpiece is written and directed by Jenni Olson, famed documentarian, lauded scholar, and brilliant mind out of San Francisco. To describe her opus is virtually impossible, as it is simultaneously about everything and nothing. Somehow, someway, Olson has woven together a personal story shot on 16mm, about unconsummated intimacy, protracted longing, butch identity, sumptuous California landscapes, the Mexican-American war, and Vertigo. If that logline doesn’t entice you, I’m not sure what will.