The Sundance Film Festival has always been a notable launching pad for major documentary films. Opening night of my first festival included instant buzz for a little doc about back-up singers that had appeared across the parking lot from the theater I had chosen that night. “20 Feet From Stardom” would go on to win the Oscar. Last year, not only saw the world premiere of Steve James’ remarkable “Life Itself” but another documentary that got snubbed by the Academy, Jesse Moss’ brilliant “The Overnighters.” Too many other obligations forced me to miss some of 2015’s major docs, including Kirby Dick’s “The Hunting Ground” and Alex Gibney’s “Going Clear,” but I did see a good number of them. The best of the bunch is “Dreamcatcher,” which I broke out into a standalone piece, but here are my thoughts on a handful of the notable other non-fiction films in the U.S. and World Documentary programs.

The best of the rest is Sophie Deraspe’s “The Amina Profile,” the true story of Amina Arraf, otherwise known as the Gay Girl in Damascus. Her blog, chronicling the life of an out lesbian in Syria, garnered attention worldwide. Women in the Middle East rarely have an international voice, and Arraf became an important online presence for thousands of people. She even started an online relationship with a French-Canadian woman named Sandra. They never met, but they wrote explicit messages to each other online and formed a personal connection. Or at least Sandra thought they did. And so, when Amina went missing, not long after garnering international attention for a blog post about how the authorities turned up at her door to take her in and her father turned them away, Sandra, and the rest of the online community she had reached, were naturally concerned. They began investigating Amina’s disappearance, and discovered something truly amazing about who she was in the first place.

Deraspe opens her film in a very unique manner for a documentary, recreating the imaginary affair between Amina and Sandra in hypersexualized images of women undressing under explicit texts between the pair. She also cuts to shots of “Amina” walking through the street; we can’t see her face and we don’t know where she’s going. The impact of these artistic choices is essential to the success of the film overall in that they create an air of mystery around Amina, which is countered by the blunt reality of the final act, which includes a conversation between Sandra and “Amina” that’s one of the best scenes at Sundance this year. I was lucky enough to see “The Amina Profile” via screener before I left for Park City. Even though I’m home now, and have seen dozens of films in between, it’s one of this year’s films that continues to haunt me. 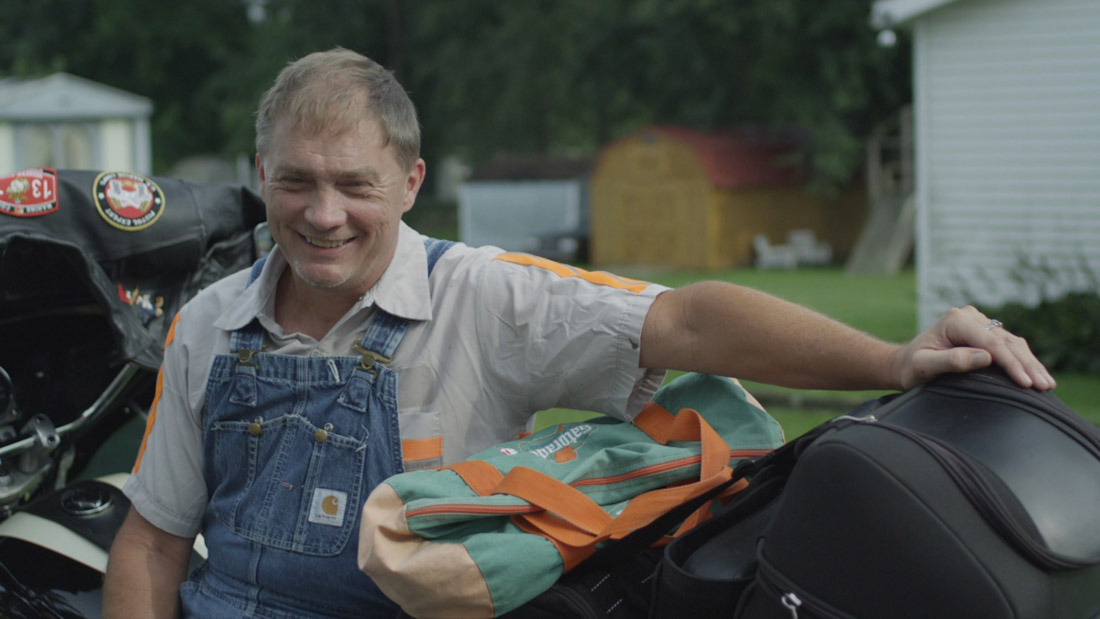 The breadth of diversity in subject matter and style at Sundance 2015 couldn’t be better represented than the segue from “The Amina Profile” to “Finders Keepers,” a doc that could do for its subjects what “The King of Kong: A Fistful of Quarters” did for the unforgettable characters within it. Shannon Whisnant sure is a memorable character, one who saw his big break after he bought the contents of a storage unit at auction. You see, Shannon always wanted to be a star. He always knew he’d be a star. And when he opened a grill from that storage unit auction and found a human leg in it, he decided this, of all things, was his big break. He created “Foot Smoker BBQ Grill” t-shirts and websites. He went on local TV and even tried to parlay his minimal amount of fame into a reality TV series. Small problem: the biological owner of the body part wanted it back.

“Finders Keepers” would be engaging enough if it were merely about these two larger-than-life personalities, but what I like about it is how distinctly directors Bryan Carberry and Clay Tweel make clear that this bizarre drama forever impacted both players within it. The natural instinct for most people will be to criticize Shannon for not giving back the leg but one starts to feel pity for a man just looking for a little attention. And it’s undeniable that if John Wood had been instantly given back his leg, his life may not have been saved. Carberry and Tweel make the smart decision to never really mock this pair—they’re larger-than-life but not cartoons, and it’s what we can see of ourselves in this odd story that makes for a memorable film. 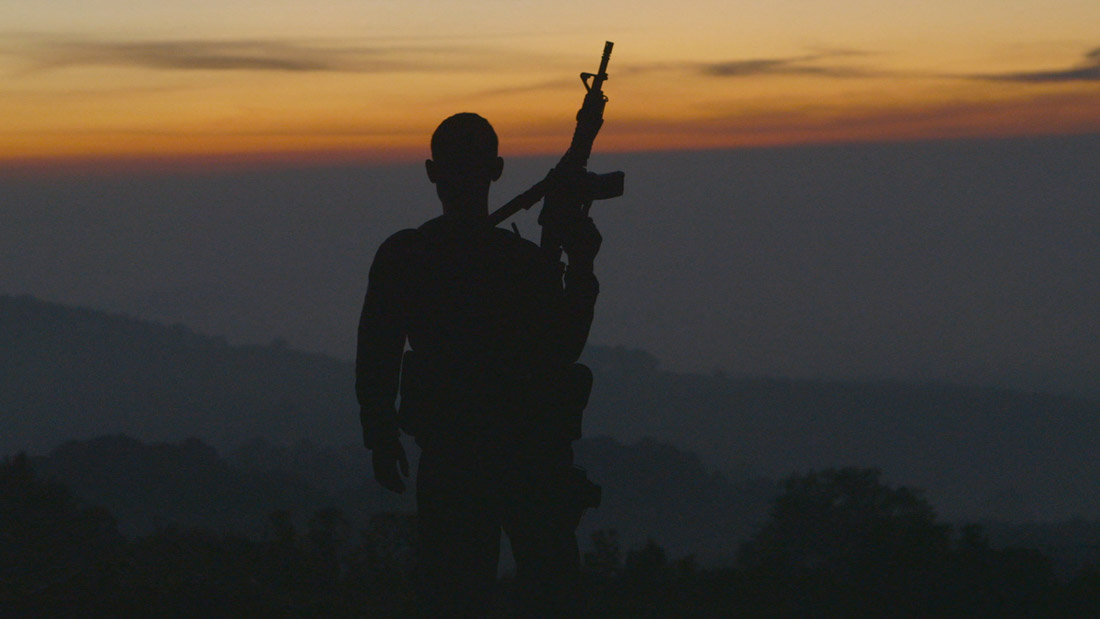 You’ll likely see little of yourself in the harrowing “Cartel Land,” a piece about a giant swath of the continent that has basically become a lawless, vigilante state. Matthew Heineman’s film tells two stories of men who have taken the law into their own hands on opposite sides of the stunningly violent and dangerous world of the Mexican cartels. In Michoacán, Dr. Jose Mireles has stepped in to do what the law refuses to—stop the drug cartels. He rallies townspeople to protect their own communities and starts his own organization of crimefighters. Is he a hero? Is he a problem? The same questions could be asked about Tim Foley, an Arizona-based man who essentially protects the border from illegal immigrants and drug trafficking on his own.

Heineman takes a very you-are-there approach to documentary filmmaking, taking us on night patrols with Foley and to raids with Mireles. He doesn’t quite successfully draw the lines between the two men, leaving a film that feels a bit shapeless at times, but it’s still a startling look into a world where the traditional forces of crimefighting have become useless. What do we do when the cops are corrupt or absent and we see horrible wrongs that need correcting? “Cartel Land,” somewhat depressingly, makes a case that there’s not much we can do. 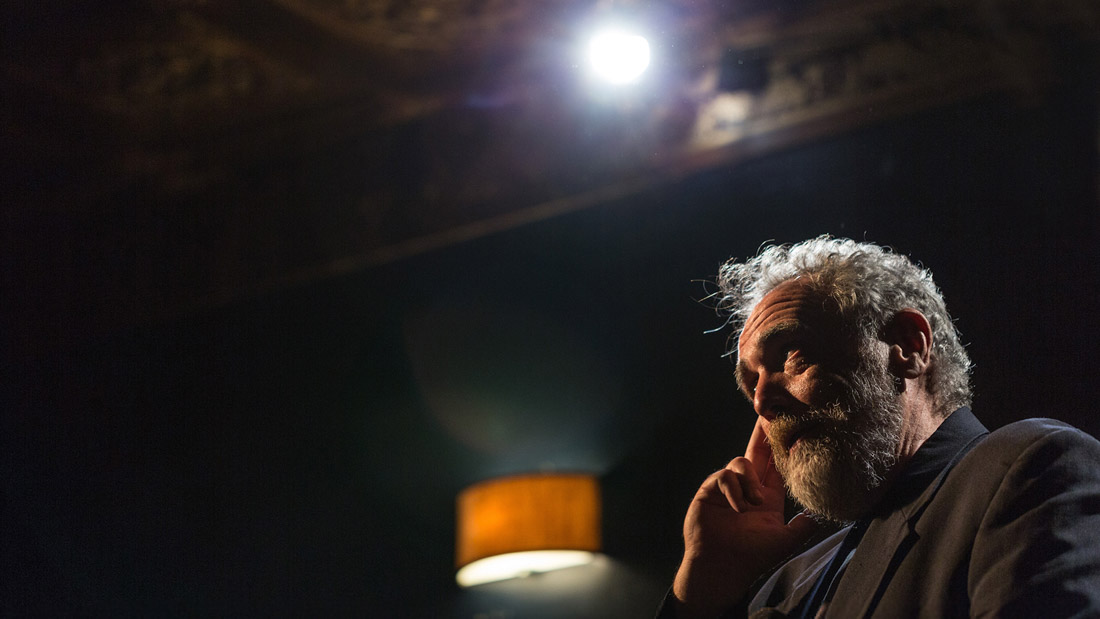 Taking action in the face of wrongdoing is also a surprising theme of Bobcat Goldthwait’s memorable “Call Me Lucky,”a biographical doc with a twist about the legendary stand-up Barry Crimmins. Once the godfather of Boston-based comedy, Crimmins never quite got the reputation he deserved or the level of fame commensurate with his talents. Acerbic and witty, Crimmins railed against the Reagan administration and the Catholic Church, before revealing something incredibly personal about his past, and becoming a fighter for justice to stop abuse from happening in the future.

Goldthwait, himself a friend and sort of a protégé of Crimmins, has gathered an impressive array of people to talk about a man who sometimes feels like an early version of Bill Hicks or Jon Stewart. Interviews with Kevin Meaney, Lenny Clarke, Marc Maron, and many others take up the majority of the first half of “Call Me Lucky,” in which we learn Crimmins’ importance to the comedy scene. The second half is a very different film, after the revelation about Crimmins’ dark past and the documentation of his fight for justice. He’s a fascinating, a great subject for a doc, and Goldthwait adds another piece of evidence to the case that sometimes our wittiest, most cynical comedians are angry for a reason—they’re using comedy to raise consciousness. The film is a bit too worshipful of its subject (I’m not saying anything is necessarily wrong with Crimmins but a more well-rounded approach might have helped) and relies on talking-head interviews a bit too much when I would have liked to just see more of Crimmins’ material. He’s certainly unforgettable. 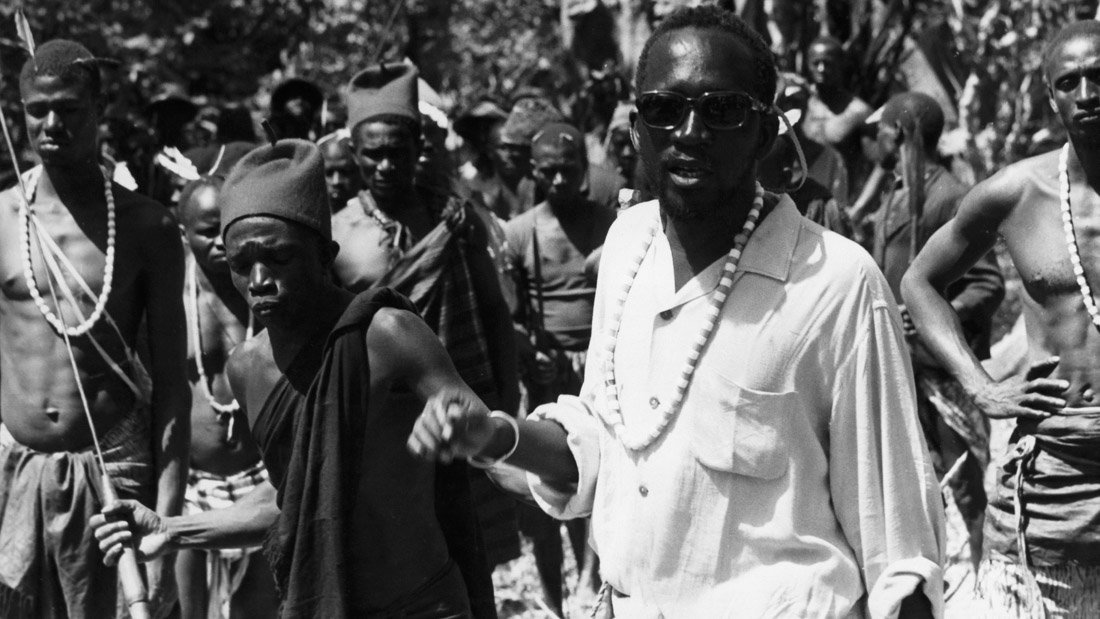 I’ll never forget sitting at the Landmark Century Theatre for the Chicago International Film Festival premiere of Ousmane Sembene’s “Moolaade,” one of the best films of the ‘00s. It is a powerful, searing indictment of female genital mutilation in Africa. Sadly, to this day, I would say I still don’t know quite enough about its legendary, influential director, but “Sembene!”certainly helped. As Sembene’s biographer states, “Sembene began writing so he could give a voice to the voiceless.” It’s impossible to speak about African cinema at length and not mention the influence of Ousmane Sembene. He not only brought important social issues to the international conversation, he was a remarkably accomplished filmmaker, which one can see in just the scenes within the documentary about him.

“Sembene!” is a bit too austere and sterile. We spend a bit too much time with Sembene’s biographer for my taste when we should be focused entirely on the filmmaker. I think Sembene may be a hard man to capture on film. He wasn’t exactly open to discussion or easy to define. His films spoke for him. And they spoke for millions. If “Sembene!” gets that filmography to a larger number of people, it will have done notable good. 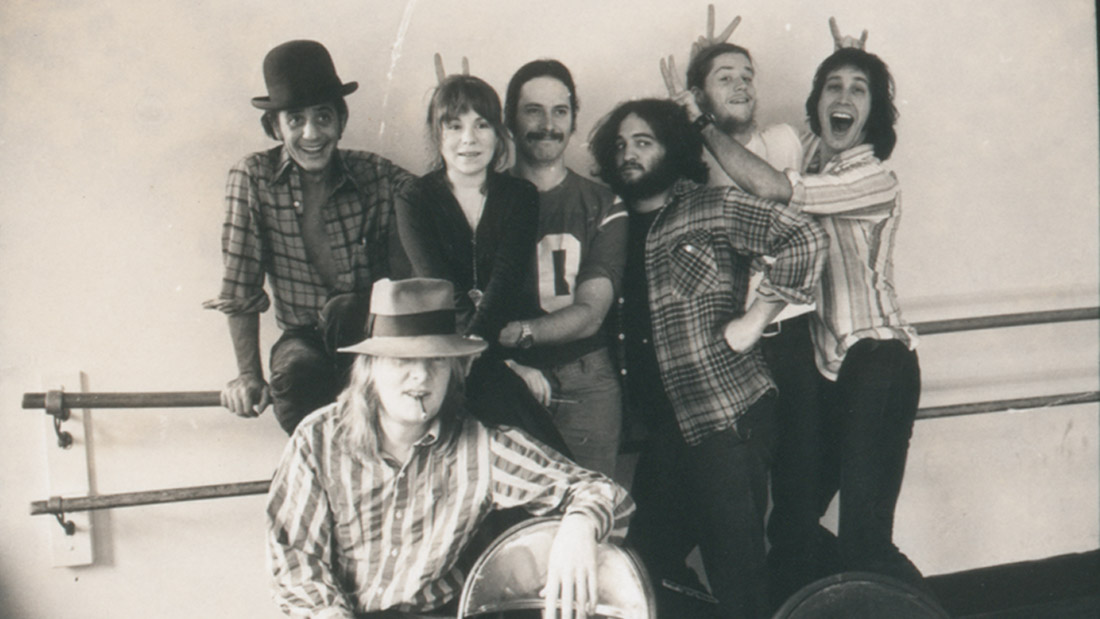 Finally, there’s the fun but thin “Drunk Stoned Brilliant Dead: The Story of the National Lampoon,” which focuses solely on the rise of the magazine and movie empire that would go on to inspire hundreds of comedians and filmmakers within its wake. Without National Lampoon, there’s no “Saturday Night Live” and there’s no “Animal House”. Right there, you have as influential a comedy force as any in the last half-century. But we knew that. Maybe younger viewers who didn’t grow up with National Lampoon will be more educated by the doc, but I kept wanting it to dig a little deeper, find out exactly how this brand of comedy came to be and why it dissipated so completely in the ‘90s and beyond with straight-to-video sequels that tarnished the brand (which is completely ignored here). “Drunk Stoned Brilliant Dead” is never less than entertaining, especially when it’s playing old radio bits from the National Lampoon show that are still hysterical, but it’s also not quite more than that either.