In the cutthroat business of filmmaking, and in particular film festivals, there’s no room for error. Of course, that there are mistakes makes Sundance programmers, who receive thousands upon thousands of submissions each year, fallible. Humans, prone to costly blunders. However, there are two sides to that lapse in judgment. As one career is born, another is not. With acceptance comes rejection —and I suspect no one feels the pangs of being declined quite like burgeoning artists looking to catch their big break, to get their passion project in front of an audience.

Surely, completing a film is an accomplishment unto itself. Getting your film into a festival like Sundance is something else. The chances are against young hopefuls whose films, likely shot on a shoestring budget, are without an identifiable producer, screenwriter, or actor to put them on the map. But that’s what makes this festival so special: it’s the rare venue where people without an IMDB page can make a splash and gain the attention of distributors, executives, and studio heads.

Unfortunately, that’s what makes a film like “Advantageous” so infuriating. Every frame of Jennifer Phang’s third feature that slovenly unfurled forced me to contemplate what movie could be here. What filmmaker could’ve made their debut, but didn’t because of this unmitigated disaster. While I find it’s generally gauche to eviscerate a film vying for distribution or won’t be seen by many, there’s something unexpectedly distasteful about Phang’s slipshod sci-fi.

Perhaps it’s the film’s complete lack of specificity, its haphazard attempt at crafting a dystopic future. Or maybe it’s Phang and co-writer Jacqueline Kim’s central conceit—a hard-working single mother willing to do anything in order to raise her daughter—that completely squanders its potential by the second act. Maybe it’s the indifference pulsating through this baroquely rendered mishap that is so vexing.

At a certain point “Advantageous” seems to just give up—first on its characters and then itself. This amorphous, lifeless film will likely find a nice, comfortable spot on SyFy in years to come. Perhaps fans will take a quick glance, or even go so far as to read the plot description. But soon after sitting with the film for more than 15/20 minutes, an unshakable sense of sadness will consume viewers at home. 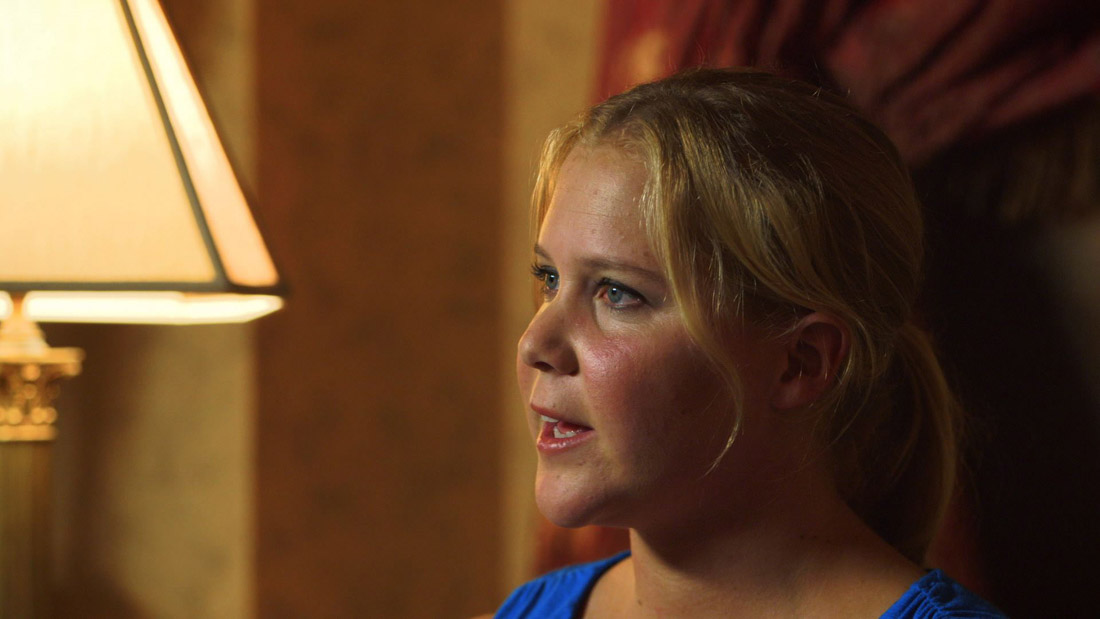 On a lighter note, “Misery Loves Comedy,” which opened late in the fest, features an assortment of recognizable comedians—from Larry David to Jimmy Fallon to Kevin Smith—talking the ins and outs of their craft. The slight, 94-minute doc is directed by Kevin Pollack and is as affable as you’d expect from Pollack. Despite its attempts to get stand-ups to open up (the central question being, do you have to be miserable to be funny?) there’s nothing revelatory here. If this were to be released 10 years ago, perhaps it would be more fascinating. But we live in an age where WTF with Marc Maron exists and panels on the nature of comedy can be easily accessed with a quick Google search. Still, diehard fans of standup will find some enjoyment in this amusing trifle. 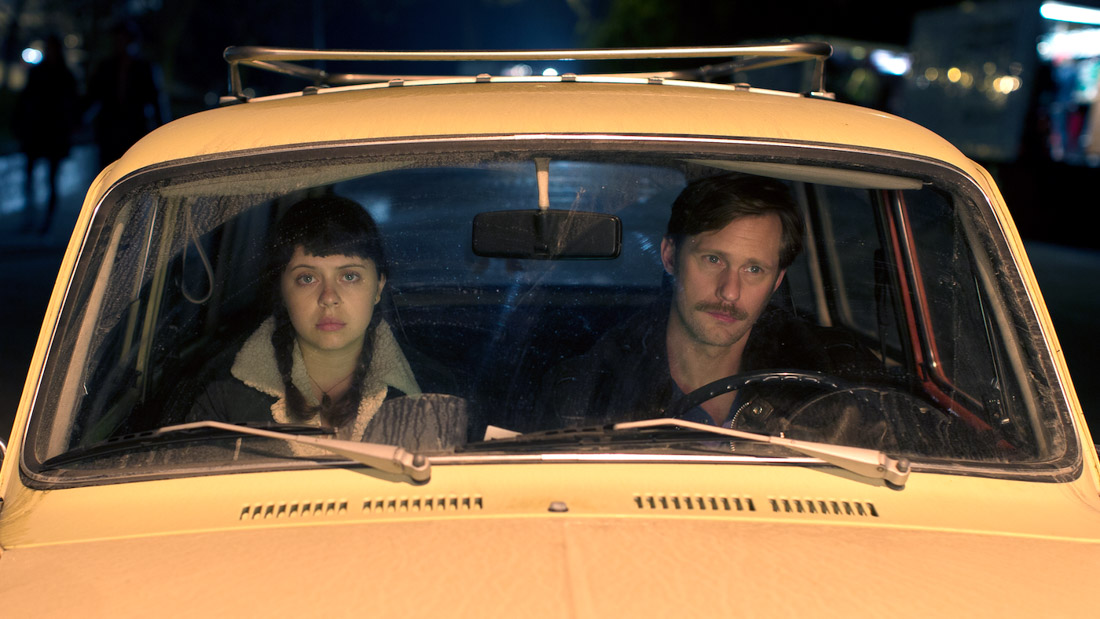 One of the most fatal recurring trends in this year’s crop of movies at Sundance was the lack of intimacy—people and places that never felt lived in. Observed from afar, but seldom experienced. This is where “The Diary of a Teenage Girl,” which is set in 1970s San Francisco, thrives. Antithetical to the indistinguishable depiction of the Bay Area in “Big Eyes,” Marielle Heller’s directorial debut captures a city in distinctive apricots and moody maroons.

Heller’s first foray behind the camera also adroitly tackles a teenager’s sexual odyssey with candor and beauty. Adapting from Phoebe Gloekner’s novel, we open with Minnie (Bel Powley), a virginal high schooler eager to explore her budding sexuality with anyone willing. And so enters Monroe (Alexander Skarsgard), a mid-30s free spirit looking to start his own line of vitamins. Monroe is an ideal first lover for Minnie, save for the fact that he’s also her mother’s boyfriend.

“The Diary of a Teenage Girl” minces few words, quickly enveloping us into this sordid surreptitious love affair. Through intimate narration by Powley, the film is essentially our protagonist reading her diary aloud. Miraculously, Powley manages to be precocious without coming off as cloying. There’s a curiosity in Minnie that connects—a sort of carnal uncertainty that both frightens and elates. 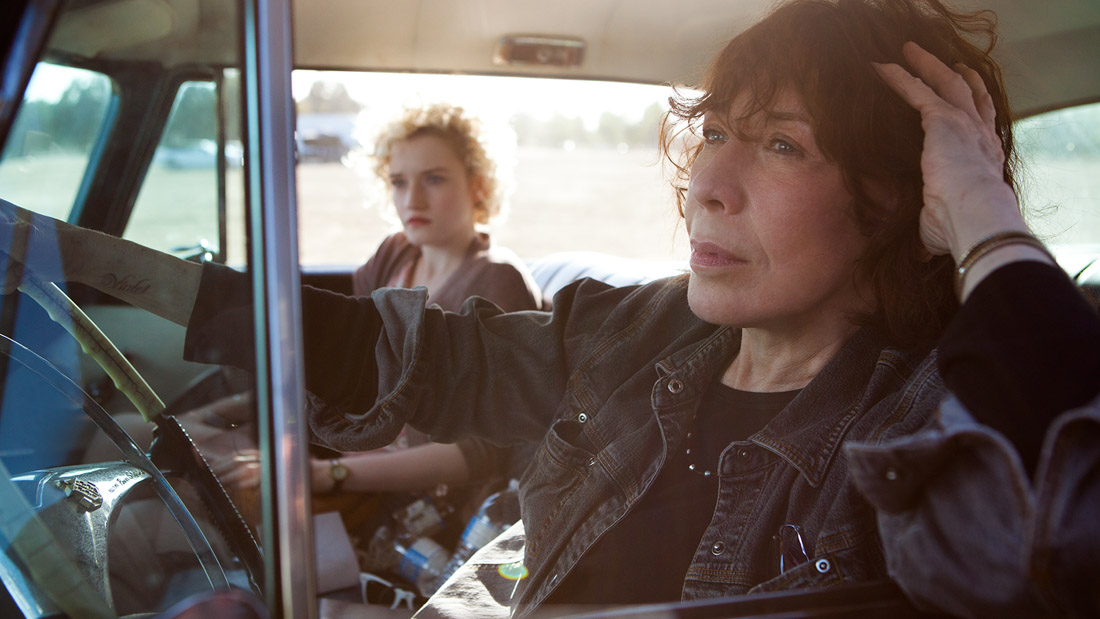 Like the festival itself, the closing night film began as quickly as it ended. “Grandma” stars the inimitable and timeless Lily Tomilin as Elle, a vulgar misanthrope forced into action when her granddaughter Sage (played by Julia Garner) makes an admission: “I’m pregnant and need $600 for an abortion.” Terrified of going to her unruly mother, Sage begs her grandmother for support, moral and financial. When Elle admits to having recently paid off her debts and cutting up all her credit cards, the two traverse around this unidentified small town in search of the money.

Through a protracted car ride and a series of encounters with people who owe Elle funds, the two connect over their mutual frustration about where they are in life. Recently widowed, Elle is trying to wrap her brain around the prospects of new love after being with someone for nearly four decades. Similarly, Sage just wants to move on with her life and go to college.

Looking at the filmography of writer/director Paul Weitz (“About a Boy,” “Admission”), it’s no surprise that he has put together one of the easiest films to digest here in Park City. The film is formally and structurally uninventive. Its characters are familiar and adequately written. But Tomlin is front and center for every second of “Grandma’s” brisk 78-minutes runtime, electrocuting each scene with her presence. There are few living performers who can make a movie watchable just by waxing sarcastic. At the age of 75, Tomlin is one of them.