Something Borrowed, Something New and Something Ocean Blue: Piecing Together the Miami International Film Festival

Miami may never shake its tourist image, but there's more to the city than its beaches and delicious Cuban food (although I highly recommend taking in both). Thanks in large part to efforts of the Knight Foundation, an opera house, a theater and seemingly countless arts initiatives have sprung up in a part of Florida previously gutted by the recession. One of these beneficiaries includes the Miami International Film Festival, which has blossomed into one of South Florida’s premiere cinephile events.

A cursory glance will find an emphasis on local filmmakers and Florida stories, but a sizable portion of the program is dedicated to imports that might have otherwise not played in Miami. Many of the selections are Latin American or Spanish films making their stateside debut. Even with the area’s predominately Latino population, a number of these small independent films may not find the US distribution needed to play outside hubs like New York or Los Angeles.

With the largest Cuban community outside of Havana, the festival was a natural fit to host a number of movies fresh from the island. Some of the titles that played Cuba’s International Festival of New Latin American Cinema in December are now making their U.S. debut, like Jessica Rodriguez’s thriller “Espejuelos Oscuros” (now translated at MIFF as “Dark Glasses”) and Pavel Giroud’s moving drama about an AIDS facility in Cuba, “El Acompañante” (“The Companion”). Sundance imports “Much Ado About Nothing” and “Mi Amiga del Parque” will play alongside one of my favorite features from last year’s Tribeca Film Festival, “Viaje.” The breezy, beautiful black-and-white love story feels like the perfect bottling of a young relationship’s honeymoon period, distilled with free-spirited optimism and the immediacy of lives on the brink of change. Or, as we call it, “your 20s.”

But there is also a touch of sadness in some of the festival’s finer offerings: Renown Chilean actor Alfredo Castro makes an unnerving character study out of a closeted man’s affection for a younger man from a different class in “Desde Alla” (“From Afar”). Director Yorgos Lanthimos’ festival darling “The Lobster” finally makes it way to Miami; the star–studded dark romantic drama starring Colin Firth and Rachel Weisz makes for a good companion piece to the tragic storybook starring Selma Hayek, “Tale of Tales.” And from Mexico, the aptly-titled “Te Prometa Anarquía” (“I Promise You Anarchy”) is about heartbreak as it much as it is about the youthful urge to rebel. 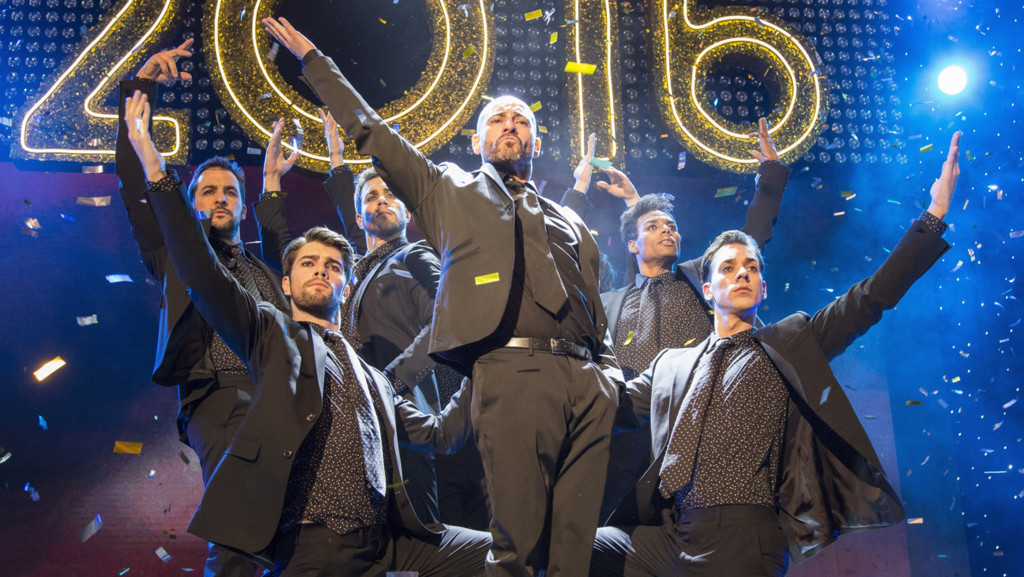 But for opening night festivities, MIFF chose one of the most boisterous sex comedies this side of Pedro Almodóvar, “Mi Gran Noche” (“My Grand Night”). The Spanish comedy has various shades of Almodóvar, slapstick, and farce wrapped up in the zany premise of pre-taping a New Year’s Eve TV special while the studio workers are on strike. Pop singer Raphael (a contemporary of Enrique’s dad, Julio Iglesias) plays an ever-smiling diva with an abusive streak, and he’s only one of several larger-than-life characters bumping through the ever-crowded halls overrun with extortionists, corrupt studio heads, exasperated crews, rumberas, assassins, and extras being held against their will until the shoot is done. Director Álex de la Iglesia's film could have easily derailed many times over from numerous characters or subplots, yet it never loses its dedication to its madcap sensibilities. Eventually, you must either join the party’s silly entertainment business bubble or risk being left without a laugh.

And what better way to start the MIFF party than with a New Year’s bash? Remotely modeled into the movie’s grand party set, guests left the premiere at the Olympia Theatre for the shindig across the street at the Historic Alfred I. DuPont Building. A table full of New Year's hats and crowns greeted visitors streaming in, who were instinctively lining up for sponsor treats and a drink (or three). By ten, the dance floor was packed and before midnight, the mariachi band overtook the DJ’s playlist of Latin club music.