Only Connect: Cannes Report, May 17

Iranian director Asghar Farhadi has got to have many of his hopes for the future riding on his new film “The Past,” which premiered this morning in the Cannes competition. Having won countless international awards, including a Golden Globe and an Oscar for Best Foreign film with his 2011 “A Separation,” and knowing that the critics of the world, not to mention the Cannes jury members, are poised to pass judgment on the new film as a winner or a loser can’t be a comfortable position to be in today.

In many ways, “The Past” is a more engaging film than “A Separation.” The human dilemmas are equally complex, but, with a larger cast and more intertwined fates, Farhadi creates a story that is an even longer string of Gordian knots. To me, in consistently dealing with unresolvable moral complications, he is beginning to move into the arena once occupied by Polish director Krzysztof Kieslowski.

Ahmad (Ali Mosaffa, a well-known actor/director in Iran, and husband of “A Separation” star Leila Hatami) returns to Paris from Tehran to finalize a divorce from his French wife Marie-Anne (Berenice Bejo of “The Artist”) after a four-year separation. She has two daughters from a previous marriage, and, as she readily admits, the girls have come to love him as a stepfather. He is deferential and she is brisk and prickly, but the two fall into more intimate ways of relating, most especially in the shorthand abruptness of their quarrels.

Marie has filled the gap in her life with new man Samir (Tahar Rahim of “A Prophet”), who has a five-year-old son, Fouad. Her teenage daughter Lucie has been acting out in rebellious ways, and it is immediately clear that the blended family, which also includes Lucie’s little sister Lea, was in the middle of a rocky period of adjustment even before the arrival of Ahmad, who will now stay with them until the divorce proceedings are complete.

Ahmad is seen to be a man who has been tempered by time, experience, and perhaps, suffering, and he’s a natural dad who draws the kids to him and can separate his feelings about Marie’s boyfriend Samir from his desire to soothe confused and angry little Fouad.

Samir is not a bad guy either. He has a sad open face, and lives with emotional conflicts that he chooses not to reveal. The lives of the three kids are in chaos as the adult drama around them seems to drop the floor from under their feet in new ways hour by hour. Farhadi makes them the catalysts in the evolution of the story.

The past and present passions of Marie, Ahmad, and Samir have thrown them together into an odd triangle, but it turns out that there is a fourth adult in the mix: Samir’s French wife Celine, who lies in a coma and on life-support in an institution as a result of her recent suicide attempt. That Samir is not actually free to marry Marie, who reveals that she is pregnant by him, is only one of the revelations that will serve to bind all of these characters more tightly into a messy and unwilling family unit.

Just as it seems that that some of the Gordian knots can be slashed open, Lucie makes a new and terrible revelation with the goal of preventing her mother’s remarriage. Layer upon layer of lies, evasions, misunderstandings, and mistaken assumptions can only be turned into either/or choices for each of the characters in this mature and demanding drama, and none of those choices promise a wholly happy ending.

If I have a quibble with “The Past” it is that once again, as in “A Separation,” Farhadi has fashioned his female main character Marie as the most flawed, and often the hardest to like among the cast. She’s beautiful and highly intelligent, but she’s also willful, skittish, quick to explode in childish anger, and often insensitive in her role as a mother.

By contrast, Ahmad, although an unsettled period in his life and marriage to Marie is referred to, is seen largely as patient and thoughtful peacemaker with an intuitive sense of how to create a warm home life (his scenes as a nurturing dad are among the film’s most satisfying). As beautifully crafted as this film is, and as uniformly superb the performances, the screenplay stacks the deck against Marie.

Tonight, as the actors, crew and guests entered the Palais for the official black-tie, red carpet premiere of “The Past,” I stopped to watch from afar and observe one of those only-in-Cannes moments. The stars names were being announced over the outdoor PA system, the crowds were cheering, and the canned music blaring from the speakers was “Hit the Road, Jack.”

“Stranger by the Lake” by French director Alain Guiraudie (“The King of Escape”), playing in Un Certain Regard, has to be some kind of first genre-wise; it’s a quasi-horror film in which the all-male cast is totally naked much of the time. Full-frontal nudity is the norm, and graphic gay sex, complete with ejaculation, is essential to the plot. 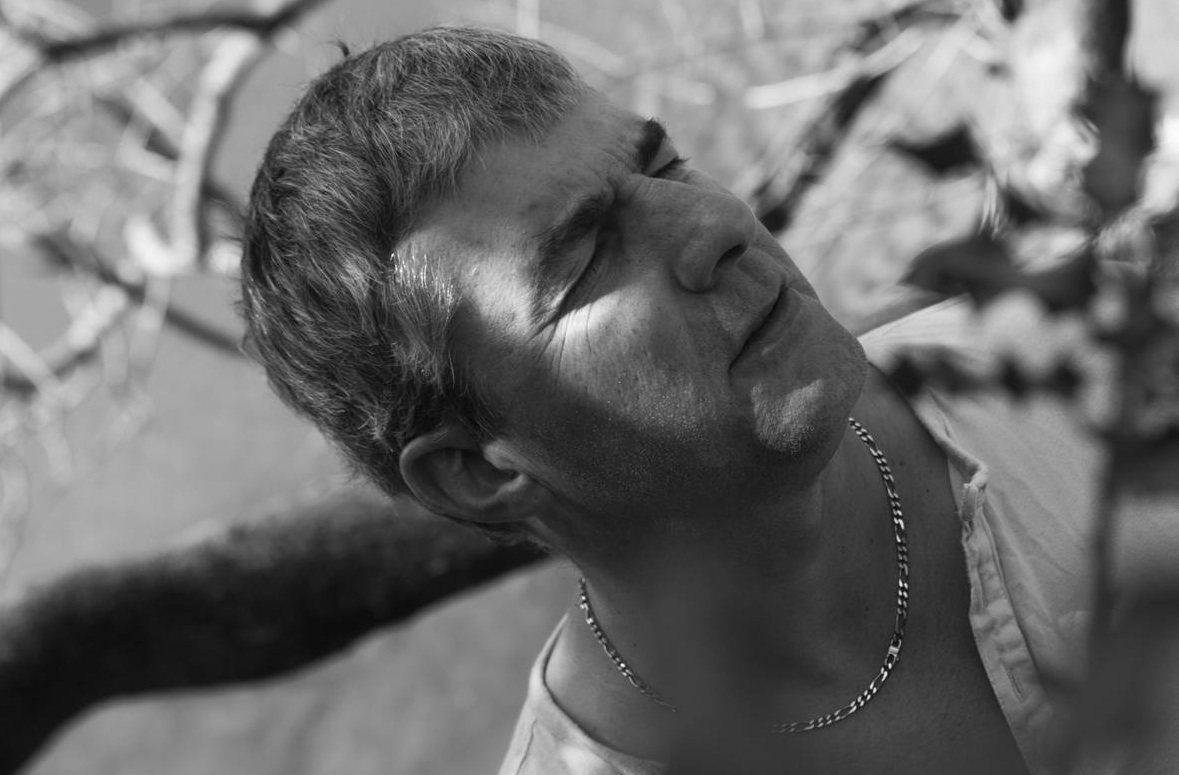 The film is set entirely on a remote and secluded nude gay beach and in the cruising area in the dense woods and thickets just above the stony shore. Most of the men who sunbathe and swim there have at least a nodding acquaintance with each other, if not more. One day a stranger appears and sits a distance away. Unlike the buff nude regulars, he doesn’t undress, and has a ruddy peasant face, a bad haircut, and a flabby, gone-to-seed body.
Advertisement

One evening, after all the other men have gone, Franck idly watches two men out in the lake from a secluded spot in the underbrush. When only one, Michel, returns to shore, he realizes with panic that he has just witnessed a murder, not an aquatic tryst. He keeps the knowledge to himself, and the missing man’s towel and belongings lie unclaimed on the beach for days without comment by anyone.

When Michel approaches Franck with seductive intentions a few days later, Franck’s wariness disappears in the wake of intense lovemaking that leaves him panting for more. By the next day, he’s confiding to Henir that he’s in love with Michel. The police soon discover the dead man’s body, and a persistent detective begins to question the men at the beach. Under the spell of his lust for Michel, Franck creates a web of lies to protect his lover, but one that will soon entrap him and Henri.

A factor in making the film work is that even the minor characters have personality, even though they remain nameless. There are flashes of droll humor. One dweeb of a guy gets off on watching other men have sex. He stands nearby in the woods fondling himself, his baggy shorts down around his knees. He makes such a frequent appearance that it’s the film’s running joke. Another eccentric angrily tries to enforce his own made-up beach rules on the disparate group.

The beach is depicted as a wind-swept insular world. “Stranger by the Lake” never leaves this location, and the characters are seen in no other aspect of their lives. Guiraudie uses the many phases of daylight, including dusk, to dramatic effect, as well as the wind as it plays through the trees with varying degrees of subtlety or force.

Up until the final minutes I wouldn’t have called this a horror film. Suddenly, it wraps up with some of the familiar plot devices of the horror genre, including the psycho-killer cliche. It left me feeling a little cheated. 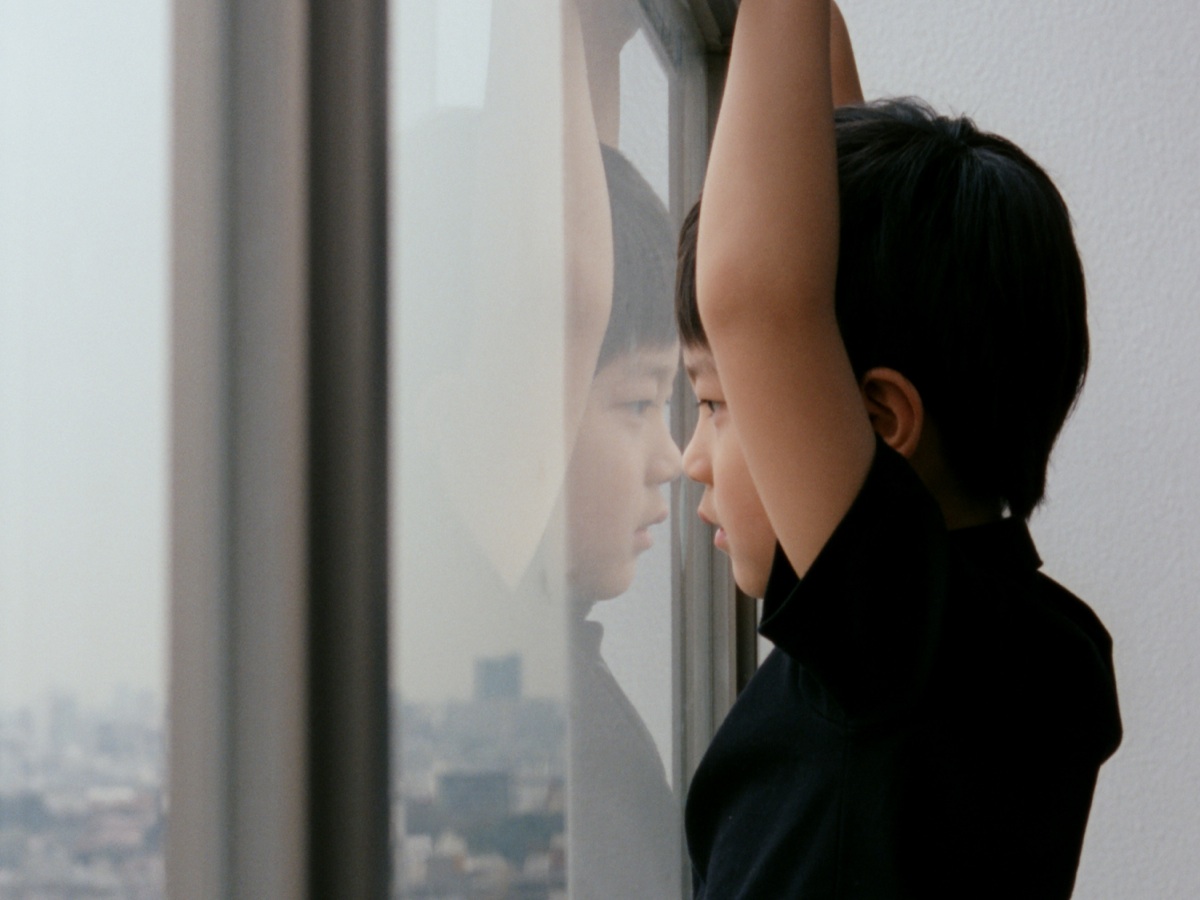 Fatherhood is in issue in yet another film in competition today, Hirokazu Kore-eda’s “Like Father, Like Son,” which examines the question of nature vs. nurture through a tale of two six-year-olds switched at birth. Kore-eda’s films, including “I Wish,” “Air Doll,” “Nobody Knows,” and “After Life,” are characterized by gentleness and sentimentality around family issues and often feature children.

The reuniting of family members who have been separated by intention, circumstances, or misunderstandings is a major theme for him. In “Like Father, Like Son,” shocks are in store for two families when the hospital informs them that they are not the biological parents of the boys they have raised since birth.

Keita has been raised as the sheltered only child of well-to-do yuppies. His dad Ryota is an insufferably arrogant architect and a mostly absentee father figure. Little Keita is a shy, docile child who is quiet and obedient to the many strict rules enforced in their home, and yet Ryota feels dissatisfied that he lacks the aggressive drive he would hope for in a son.

Rambunctious Ryu is being raised in a working class family with three kids. His dad Yudai owns a small shop that repairs appliances, and they live over the shop. A man of laid-back work ethic but high spirits, Yudai roughhouses and plays with his kids constantly, and generally acts like a big kid himself.

It’s quite obvious from the first where this is going. Kore-eda’s plots are simple and direct; one could almost say childlike. It’s how the ending is achieved in emotional terms that matters. Under the direction of lawyers and a hospital administrator, the two families begin to experiment with traded weekend visits of the boys, with the goal of an eventual permanent switch before they get any older.

The first half of the film focuses on Keita and his growing attachment to Yudai’s family, which is a lot more fun than his old one. The second half focuses on the unsatisfactory adjustment of rebellious Ryu to his new home. Having gotten the live-wire son he thought he deserved, Ryota is dismayed that the boy questions his authority, disdains his rules, and refuses to call them mom and dad.

That there is redemption and a happy end to all this is a given. Ryota experiences some emotional battering that causes him to learn the value of a child’s love. Typical of Kore-eda’s plot resolutions, the world of every one of his characters is expanded by embracing the family in its broadest possible definition.