The New York Asian Film Festival (NYAFF) returns to celebrate their sixteenth year with one of their most eclectic line-ups, including new pop art from the Philippines, Thailand, Taiwan, Vietnam, South Korea, Japan, China, Hong Kong, and Malaysia. This is also the first year featuring a selective competition line-up: seven films from across Asia will vie for the top prize, including gory Vietnamese horror film "KFC," and Taiwanese gangster/coming-of-age hybrid "The Gangster's Daughter" (pictured above).

Change is a constant factor at NYAFF. The festival's original programmers continue to visit, and sometimes still introduce and films. But their brainchild has necessarily mutated since 2002, when they were (for their first few years) paying for the festival with personal credit cards, and just barely breaking even. Lines snaked around the block at the old, pre-air-conditioned Anthology Film Archives, and the gone-too-soon monoplex Imaginasian. The festival moved as it grew: first Japan Society, then the IFC Center, and even a little bit at the Asia Society.

And soon enough, NYAFF found a home at the Film Society at Lincoln Center on the Upper West Side, and the SVA Theatre in Chelsea. These changes have not always gone smoothly. I still remember the difficulties the festival programmers had in booking films directed by Indian filmmaker Ram Gopal Varma back in 2006. But, thanks to increased institutional support, the festival has become one of the most reliable—and consistently surprising—New York annual film programs. 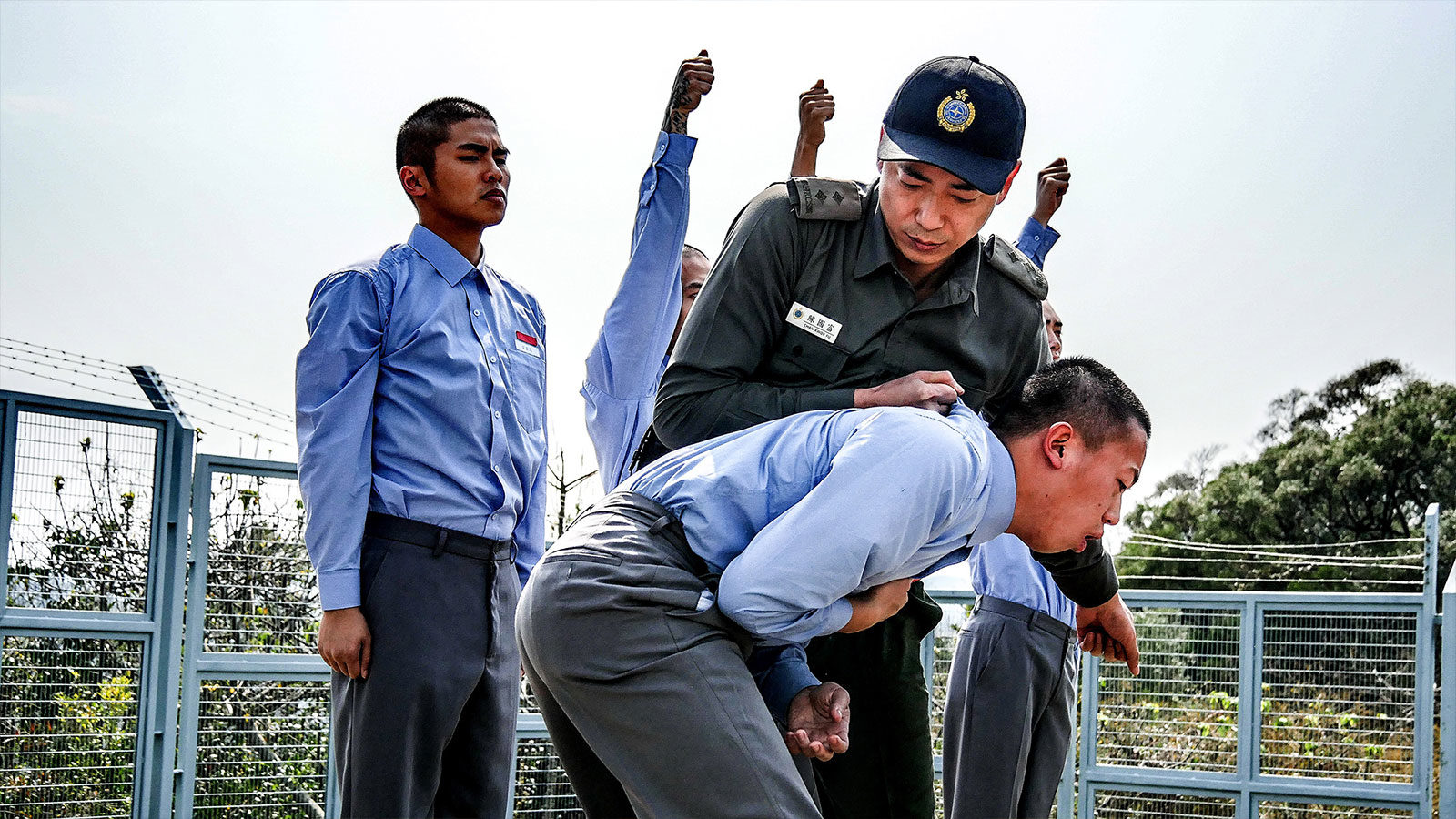 Take for example Hong Kong juvenile delinquent drama "With Prisoners," my favorite title in the festival's Main Competition line-up. "With Prisoners" is the directorial debut of Kwok Kuen Wong, who is perhaps more famous (relatively speaking) as the 2nd Assistant director of recent martial arts films "Flash Point" and "Fatal Contact." Based on these credits, you might expect "With Prisoners" to be a bloody, sensationalistic action film. "With Prisoners" both is and is not that kind of movie. For starters, the film's plot is almost evenly split between the stories of a young inmate (Neo Yau), and an idealistic prison guard (Kelvin Kwan Cho-yiu). Neither character is strictly innocent, and both have sympathetic qualities. Violence is a constant part of both Yau and Cho-yiu's characters' lives, in other words, but they're not strictly defined by whatever lumps they take/give. Kwok Kuen Wong and his co-writer Chi-Bong Wong take some pains to contextualize their two lead characters' actions, and make them seem like products of a system that simply doesn't support individualism, let alone genuine reformation. I came to the film expecting a bonkers sleazefest, and got a bleak, winningly subdued melodrama. You should check out "With Prisoners" if you like prison movies, or just have a soft spot for Sean Penn vehicle "Bad Boys."

I tend to doubt that "With Prisoners" will win the Official Competition prize, but who can say? The festival's programmers have a wide range of tastes, and their films are not necessarily screened for the sake of earning prestige, but rather exposure. South Korean murder-mystery "The Truth Beneath" is certainly not the kind of film that wins awards. It was, admittedly, co-scripted by Chan-wook Park, making it automatically of interest to a certain demographic (mostly South Korean film buffs, and "Oldboy" fans). But the film, which follows politician's wife Yeon-Hong (Ye-Jin Son) as she searches for her missing daughter during her husband's election campaign, is surprisingly addictive thanks to director Kyoung-mi Lee's David-Fincher-esque attention to detail. True, the film's procedural plot works as well as it does because it has a veneer of psychological realism, and a number of fun (albeit familiar) twists. But Lee keeps the action focused on his characters, and his film's suitably pulpy central theme—we never really know the ones we think we are closest to. You should check out "The Truth Beneath" if you like superior airport thrillers, and/or are interested in a detective story where the lead character is a worried mother. 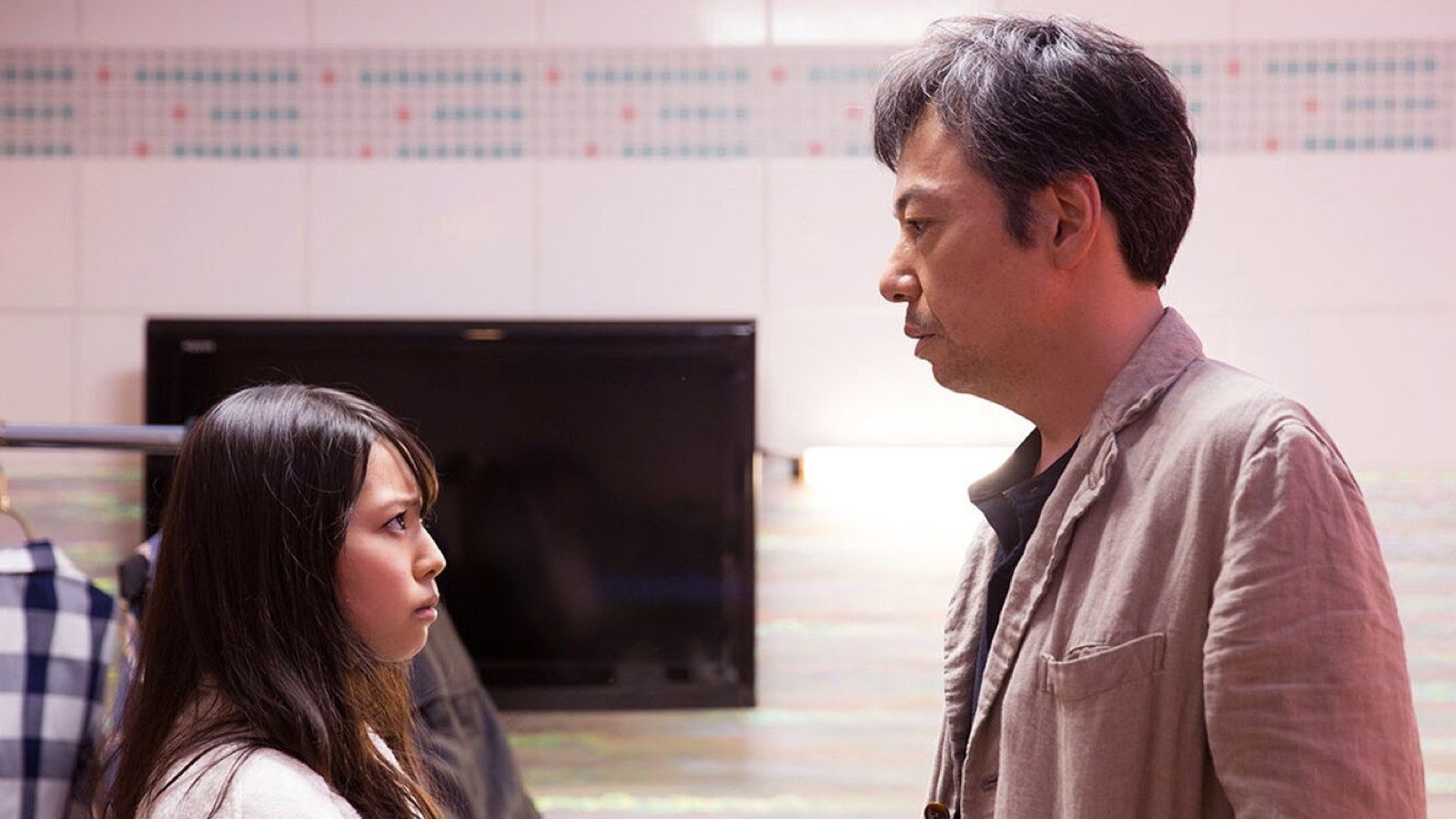 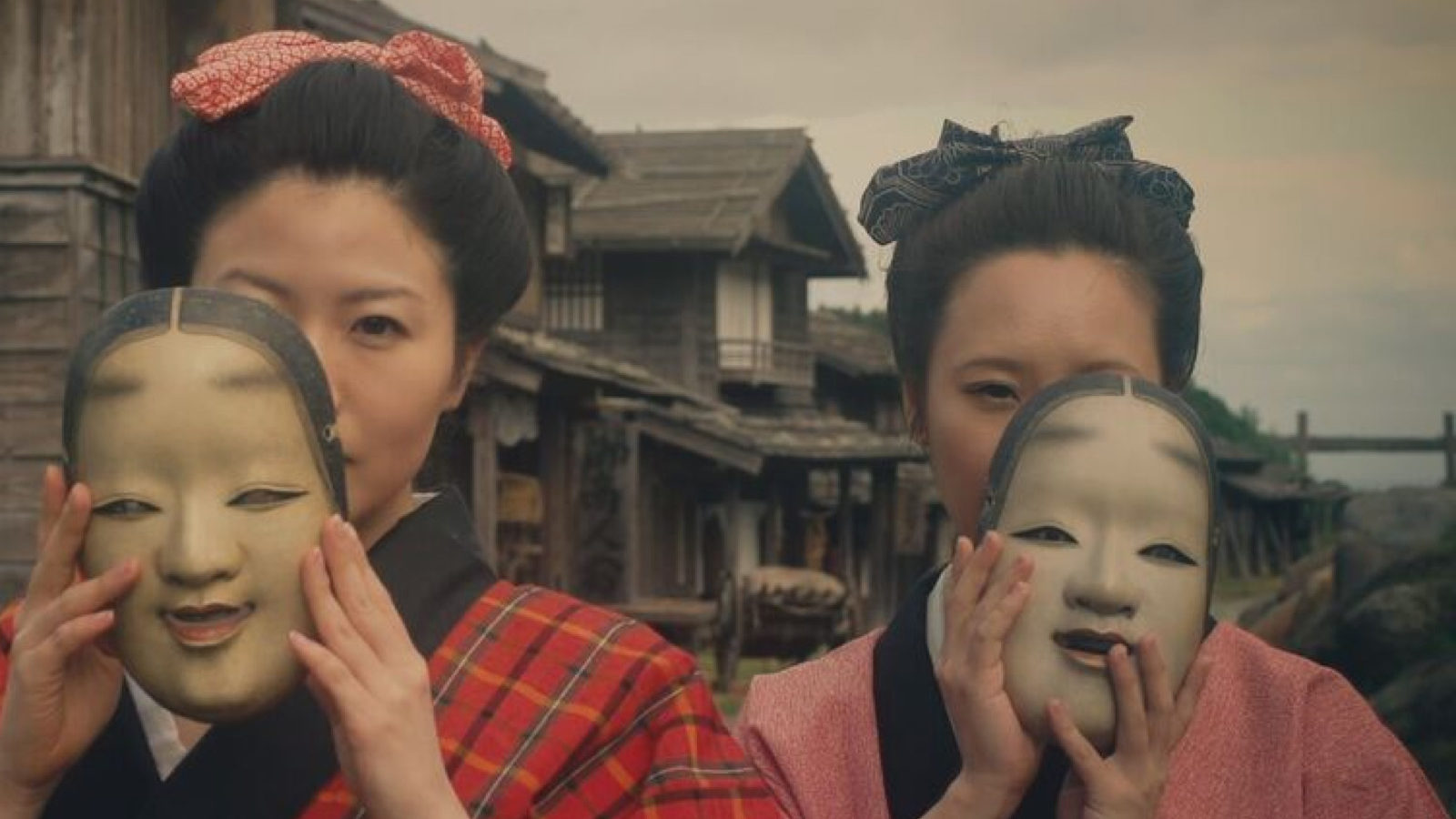 You should also check out "Suffering of Ninko," an intoxicatingly surreal adult fairy tale about a Job-like Buddhist monk named Ninko (Masato Tsujioka) whose commitment to asceticism is tested every time he encounters women. Ninko is, as he soon discovers, cat nip for ladies (and some men, though this point is never really expanded on). So he tries to remain chaste as visions of a nipple-less woman wearing a grinning Noh mask haunts him.

"Suffering of Ninko" is, as you no doubt can infer, rather odd. Its sure-footed mix of absurd humor and sincere, fairy-tale-style drama is made that much more perplexing by hints of character-driven psychology. What if this curse happened to you? Would you blame yourself, thinking that your, uh, condition is a character flaw, or defect? Maybe you are being testing because you are, despite all appearances to the contrary, unworthy? Or, more to the point: what if we were to take an absurd situation seriously … but only to a point? What if we indulged in questions of faith and spirituality and saw them through the lens of a story that would probably make for a really good dirty joke? "Suffering of Ninko" is exactly the kind of movie I come to NYAFF to see, the kind of movie that brings to mind brain-diddling festival discoveries like "Survive Style 5+," "Running On Karma," and "Mindgame." You should catch "Suffering of Ninko" if you want to see something new and deeply strange.

"Town in a Lake," a new Filipino horror film, is equally worthy, though hard to pin down. Stylistically, the film brings to mind David Lynch and Apichatpong Weerasethakul, two filmmakers whose avant garde sensibilities are both rooted in a fascination with the archetypal influences that undermine the mundanity of our every day lives. But the horror lurking around the small town of Matangtubig is otherwise inexplicable. You get the sense it's always been there, but it's never the focus of the film. Instead, the film's drama kicks off and superficially fixates on a local child's murder, and the national media frenzy that it attracts. But the sudden appearance of sentient, human-shaped shadows, and a rise in deaths and disappearances suggests that a greater change is happening on the periphery of the film's narrative.

This is the kind of movie that encourages you to fill in several gaps in the story's knowledge. It also suggests that people, being inherently self-obsessed, are too vain to notice a vast, elemental conspiracy until its too late. Nothing is fully explained in "Town in a Lake," and its creators always surprise you every time you think you know where they're going. You should see "Town in a Lake" if you like the cosmic dread at the heart of H.P. Lovecraft's stories, but are sick to death of stuffy homages/rip-offs. 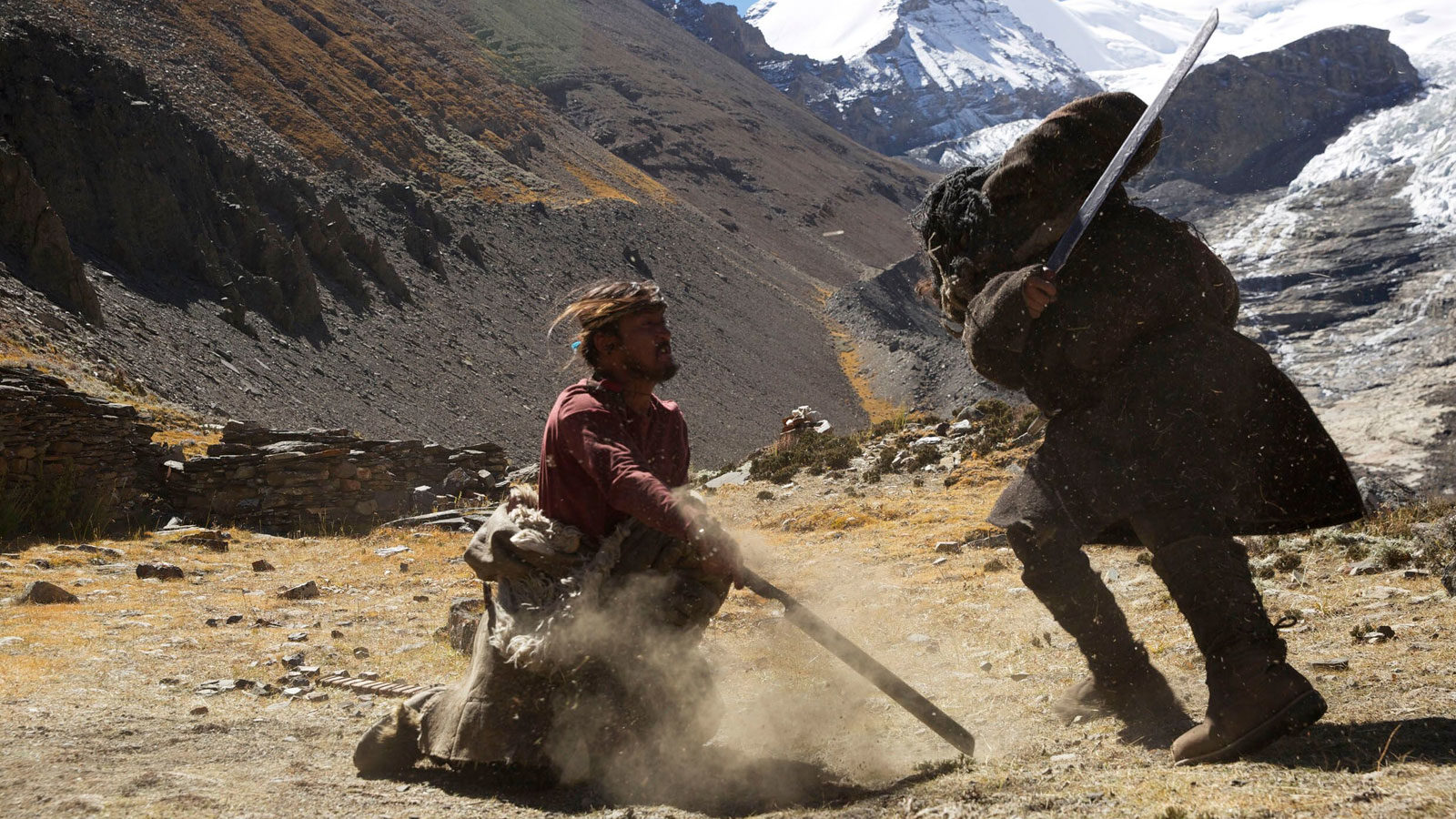 I was also gob-smacked by Chinese oddity "Soul on a String," a trippy, languid film that is, for lack of a better way to describe it, a kind of Buddhist acid western. "Soul on a String" follows the spiritual journey of a selfish Tibetan pilgrim who, after being struck by lightning and murdered, is brought back to life to deliver a sacred stone he finds in a dead antelope. He's accompanied by his eager girlfriend, and trailed by two brothers who want him dead. He flees across the desert, but ultimately learns that his quest is not all about him.

I confess: I don't fully understand "Soul on a String." Long stretches where nothing seems to happen tested my patience. And the film's ties to Buddhism, and its Tibetan environment are more than a little confusing. But there's something ineffably strange, and bewitching about this film. You don't have to get this film to be excited by its gorgeous desert photography, its Sergio Leone-esque close-ups, or its sparse, pulpy dialogue. Those qualities speak for themselves, and make "Soul On a String" the one film I most hope festival attendants will take a chance on. You should see "Soul On a String" if you like midnight movies, and don't mind being a little lost.

For a complete listing of the films shown at this year's New York Asian Film Festival, click here. NYAFF runs from June 30 - July 16.