"Snobbish xenophila": a distressing phrase coined by a peer who shall remain nameless. With two words, my well-spoken colleague took aim at what he saw as an uncritical, fetish-driven strain of cultural cheerleading. "Do foreign language movies need to be defended?" he seemed to ask. I thought about my co-worker's cutting phrase when I got the press release announcing the first titles screening at this year's New York Asian Film Festival (NYAFF) at the city's Film Society of Lincoln Center. I've been attending NYAFF since 2004, and have never encountered a more democratic festival. If you go, you'll see movies representing several Asian countries from virtually every genre, everything from serious Korean period pieces to low-brow Japanese comedies.

I want to recommend some titles from the festival, but really, I want to recommend the festival. NYAFF attendants are the farthest things from "snobs" that you're going to find, and that's entirely because of festival programmers' faith in their audience members' curiosity. Some featured films feature big stars and/or were helmed by popular filmmakers with established track records—but many titles don't. Regular NYAFF attendants know that you have to have a little faith to dive into the festival's wide-ranging slate of titles. But if you do have adventurous taste, you're bound to have a good time. With prize raffles and high-energy pre-screening introductions from founding festival programmers like Grady Hendrix, NYAFF delivers one of the most un-pretentious festival experiences you are likely to have.

Case in point: "My Beloved Bodyguard," a sentimental (but never maudlin) Hong Kong action film starring, directed by, and choreographed by Hong Kong action star Sammo Hung. Hung is the eldest of the Chinese Drama Academy graduates that include Jackie Chan and Yuen Biao. So it's surprising that he's not the first to start making more age-appropriate action films (Chan's latter-day films have been mostly delightful, particularly "Little Big Soldier" and "Chinese Zodiac.")

Hung has not aged as gracefully as his boyhood peers have: his skunk-like shock of white hair now covers his head, and his spare tire now seems to have a spare tire. But Hung is tremendous in "My Beloved Bodyguard," a "Gran Torino"-style melodrama about a dementia-afflicted veteran (Hung) who must protect his neighbor's daughter from greedy mobsters. Hung's towering presence grounds "My Beloved Bodyguard" and makes what could have been a sappy tear-jerker feel genuinely intimate, like when Hung tells a nosey neighbor just how little he remembers. And Hung's rousing action choreography reminds viewers why he is the graceful Fred Astaire to Chan's athletic Gene Kelly (check out festival programmer Grady Hendrix's informative article on Hung's action choreography here.) Watching Hung take on a room-full of young gangsters is the best way to start your summer at the movies. "My Beloved Bodyguard" screens on Monday, July 4 at 12:00 PM. Get your tickets here. 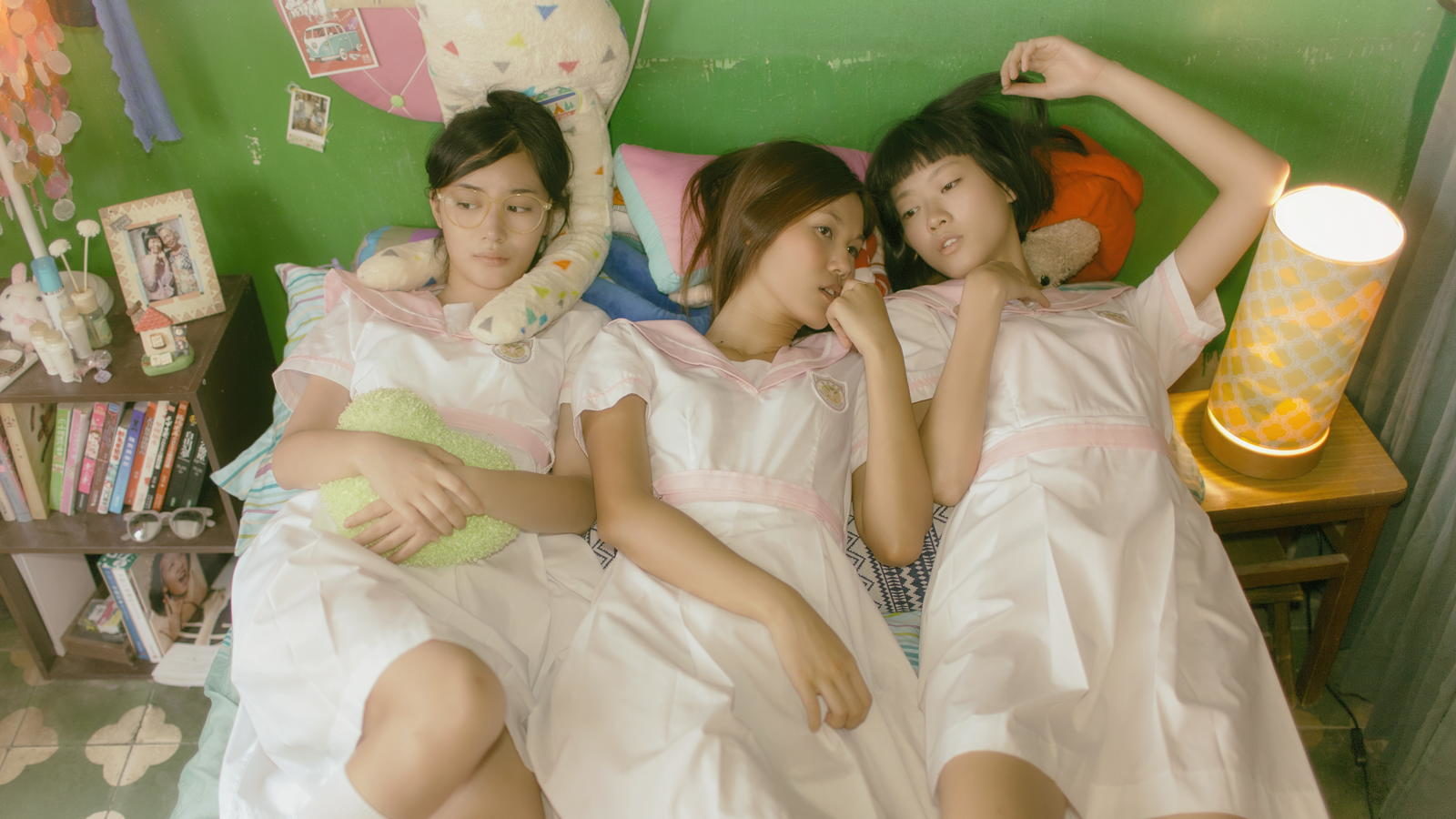 By contrast, Hong Kong coming-of-age comedy "Lazy Hazy Crazy" offers festival-goers a brash look at three best friends' sex lives. The film's female leads all convey different aspects of teenage neuroses/callousness, from fears of abandonment to the vicious, competitive need to have what others want. There's a commendably un-exploitative frank-ness to the film's sex scenes that complements the film's light, winning sex jokes. This isn't a movie that primarily considers what women or men want in a relationship. Instead, it refreshingly focuses on the sometimes uncomfortably bonds that unite its three protagonists. I had never heard of writer/director Yee-sum Luk prior to the festival, partly because "Lazy Hazy Crazy" is his directorial debut. But I'm so glad that they singled out his first feature out since it capably shows off the festival programmers' keen eye for new talent. "Lazy Hazy Crazy" will be screened on Saturday, June 25 at 6:15 PM. Get your tickets here.

"Lazy Hazy Crazy" pairs very well with South Korean sex-drama "The Bacchus Lady," an equally un-pretentious, character-driven piece about female sexuality. The film sounds like a bad Adam Sandler comedy, but bear with me: 65 year-old prostitute So-young (Young Yuh-jung) has gonorrhea, and now must figure out a way to ply her trade without getting busted or abandoned by her older clients. So-young's life is further complicated by the presence of Filipino immigrant Min-ho (Choi Hyun-jun), a little boy that So-young takes under her wing after Min-ho's is arrested for stabbing a doctor in the chest with a big honkin' pair of scissors. This provocative scenario is not played for cheap laughs. Young delivers a riveting performance as an older woman who could care less what other people think about her chosen profession. Writer/director E J-yong ("Dasepo Naughty Girls," "Untold Scandal") shows uncommon sensitivity in letting Young's performance dictate how long each scene should go on. The result is an unsensational, novel look at the prejudices and obstacles that an older sex-worker faces. "The Bacchus Lady" screen Friday, July 1 at 6 PM. Tickets are available here. 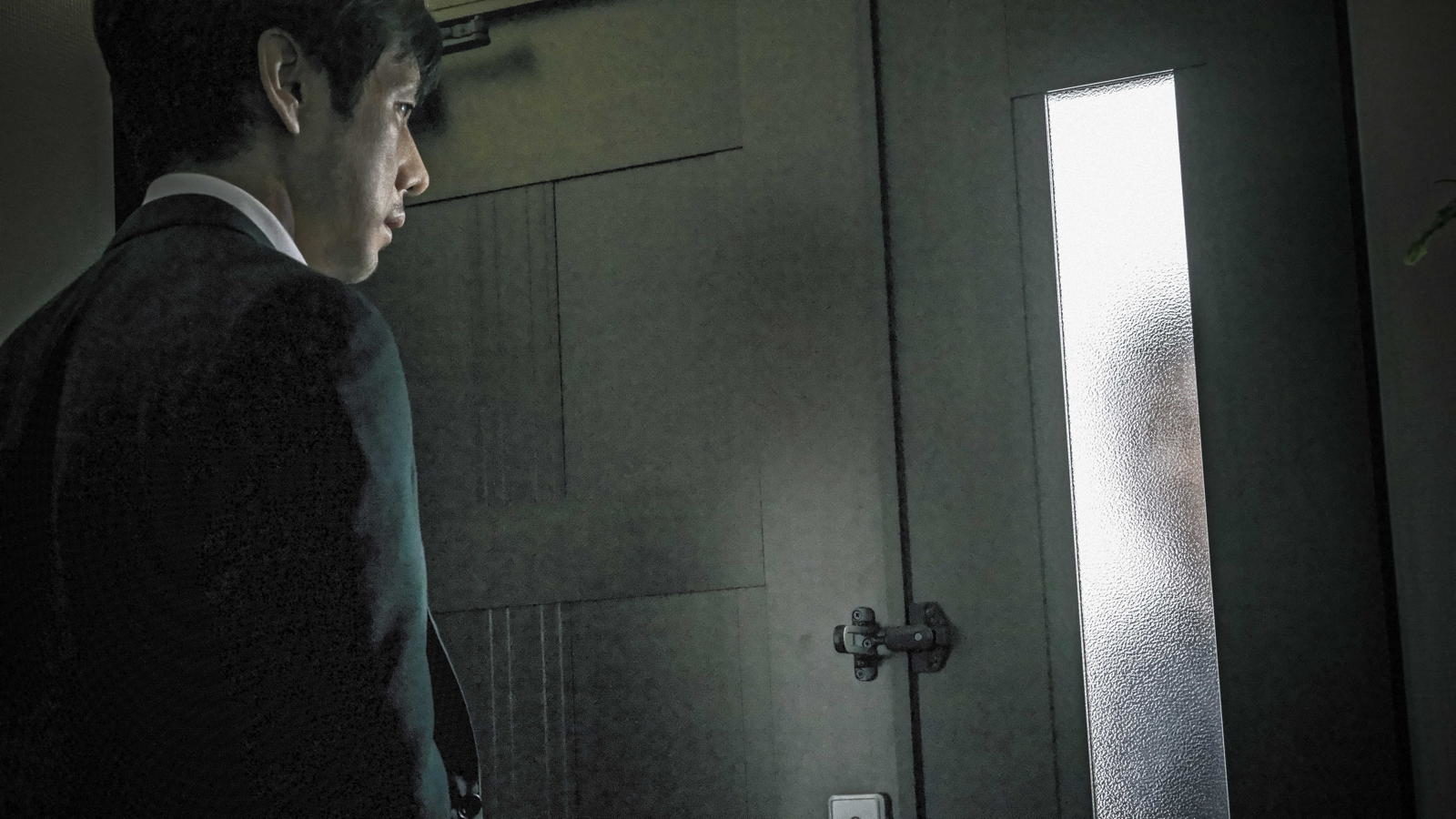 And speaking of unsensational films about preconceived notions and prejudices: check out "Creepy," a slow-burn thriller about a murder investigation that leads ex-cop Takakura (Hidetoshi Nishijima) to suspect his (wait for it) creepy neighbor Nishino (Teruyuki Kagawa). Written and directed by Japanese horror-master Kiyoshi Kurosawa ("Pulse," "Cure"), "Creepy" is sure to reel viewers in against their wills. This is partly because the film plays around with our expectations so well that you can't help but wonder how Kurosawa is toying with us. We know that Nishino is tactless, and skeevy based on the way he talks to Nishino's friendly wife Yasuko (Yuko Takeuchi). But viewers can't fully trust Takakura's obsessive investigation given how obvious Nishino's behavior makes him look. So you spend half the movie thinking that Kurosawa is double-bluffing viewers, and the other half wondering if Nishino is as guilty as he seems. Watching "Creepy" is consequently more trippy and unsettling than one might expect based on its deceptively slow pace and subdued scare scenes. "Creepy" screens on Wednesday, June 29 at 6 PM. Get your tickets here.

For a complete listing of the films shown at this year's New York Asian Film Festival, click here. NYAFF runs from June 22 - July 9.