Since 1984, the Miami Film Festival has been helping create a large film scene for the Florida city, one that continues to languish into its now-34th year. Fest-goers should be ready to make a long priority list of titles that are either highly recommended or very curious, some of them even world premieres within the fest’s distinguished place in world cinema.

The festivities start tonight with a screening of “Footnote” director Joseph Cedar’s new film, “Norman: The Moderate Rise and Tragic Fall of a New York Fixer.” Richard Gere stars as the title character, a self-proclaimed New York “fixer” who gets involved with a scandal involving Israel’s Prime Minister. The cast includes Michael Sheen, Charlotte Gainsbourg and Steve Buscemi. Our festival writer Tina Hassania saw the film when it played at the Toronto Film Festival, where she noted that “the film’s dry comedic sensibility has been compared to the Coen brothers, though it’s less dark and absurd and more tense (à la 'Burn After Reading' and 'In The Loop').”

The film’s arguably biggest section is the Knight Competition, where a large batch of films compete, as directed by filmmakers who have previously had a feature chosen to play the festival. Two comedies that I can particularly recommend are “The Candidate” and “Don’t Blame It On Your Karma!” The former is a sharp, sly take on the construction of a candidate’s image, as an ensemble cast becomes part of trying to make a privileged man look relatable to middle-class voters. The comedy, from co-writer/director Daniel Hendler, uses a wide cast to great effect, with various twists and sustainable silliness as the mission starts to implode. As the movie has a fine darkly comedic tone, its charismatic cast makes it even more watchable, including lovable schlub Alan Sabbagh (from "The Tenth Man") and Ana Katz (director and star of chilling Argentinian maternal thriller "My Friend from the Park").

I got a big kick out of the poppy romantic comedy “Don’t Blame It On Your Karma!” from director Maria Ripoli, adapted from the novel by Laura Norton. Verónica Echegui plays Sara, a young woman who thinks that her life is perfectly set, with her feather-selling fashion shop and loving boyfriend Roberto, until her sister Lu (Alba Galocha) starts dating Sara’s first huge crush. The events that follow as her world falls apart are sincerely wacky and charming, becoming the type of adult comedy that makes for excellent candy, albeit with endearing storytelling.

And then there’s the tight, emotional work of director Carlos Lechuga with “Santa & Andrés,” about a woman who is put in charge of monitoring a revolutionary in 1983 Cuba. It’s a script (co-written by Lechuga) that does a lot with the simple setting of Andrés’ isolated shack and Santa’s mission simply watch him, carrying her chair up and down the hill with her each time. It then becomes an emotional journey about their personal liberations, as paralleled with the changing revolutionary climate in the nation. 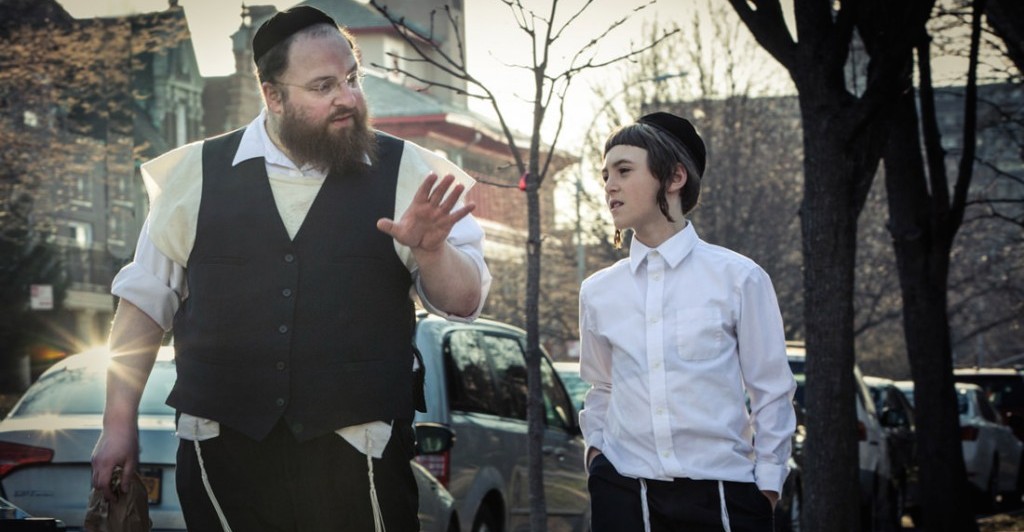 Looking at the overall programming for the fest, there are two big recommendations I have in particular. Joshua Z. Weinstein's “Menashe” is a drama set within NYC’s Hasidic Jewish community, following a man (Menashe Lustig) trying to keep his life together when his wife dies and everyone tells him he can’t take care of his son. I haven’t stopped thinking about the film months after seeing it at Sundance and you might just have the same reaction, especially with the delicacy and beauty in which it tells a highly relatable story about being expected to disappoint.

Another title that festgoers should put on their calendars is Brian Knappenberger’s documentary “Nobody Speak,” which tells of the trial between Gawker and Hulk Hogan after the website put his sex tape online. It’s an incredibly sobering piece of urgent storytelling, using that bizarre trial as a pivotal example of how the press has become compromised by those with the power to silence.

The festival also features some movies that we at RogerEbert.com liked at the most recent Toronto Film Festival. Director Lone Scherfig’s “The Finest,” about a woman (Gemma Arterton) brought into to help the British war propaganda effort during WWII, was endorsed by Tina Hassania. She wrote that the story "features a mix of different genres, ideas and storylines that beautifully blend together: rom-com, historical war drama, the creative process of writing, the zoo-like atmosphere on set, our human need to hear stories, and most importantly, women’s rights.” The film will be playing the Miami Film Festival in the Marquee Series, with a special extended conversation scheduled with director Scherfig.

Playing as part of MFF’s Cinema 360 category, which champions rising filmmakers around the world and across genres, is Susan Johnson’s “Carrie Pilby.” Our own Matt Fagerholm has seen the film and said it was a great display for rising actress Bel Powley, previously of Marielle Heller's “The Diary of a Teenage Girl.” He wrote: "Powley’s fierce intelligence as a performer effortlessly fuses with her character’s acrobatic vocabulary, and her exquisite comic timing earns the film’s biggest laughs with subtle nuances rather than scripted punchlines."

Along with the films that we can recommend, there are plenty that are exceptionally curious, including the festival's world premieres: Kareem Mortimer’s “Cargo” (pictured above) is the largest film project from the Bahamas to date, telling of a former fisherman who smuggles people into the United States; Argentinian director Luz Ruciello’s “A Concrete Cinema” is a documentary about a man and the cinema he makes brick-by-brick, described as “an homage, a character study, a prayer”; Dennis Scholl and Marlon Johnson’s documentary “Symphony in D” tells of how various sounds and music snippets, submitted by the people of Detroit to musician Tod Machover, led to a symphony for the Motor City; “Laurence Anyways” director Xavier Dolan’s latest drama, “It’s Only the End of the World,” will also screen, after previously winning the Grand Jury Prize at the 2016 Cannes Film Festival. And, never to be underestimated or forgotten, the shorts program holds a few titles of immediate interest, including the 2016 Oscar nominees “La Femme Et Le TGV” and “Joe’s Violin.”

The festivities end on March 11, with a Saturday night screening of Carlos Theron’s “For Your Own Good,” which is billed as a comedy about “overprotective daddies no suitor in his right mind would ever want to meet.”