Directed by Mark Hayes, "Skid Row Marathon" didn't make me want to visit Skid Row Los Angeles. The Skid Row of Los Angeles is walking distance to City Hall and the Superior Courts. When I worked in that area, everyone at my workplace had their car broken into at least once. I came out after dark and surprised the homeless person still inside my car, but, luckily, I was not alone. One evening, while it was still light and I was alone, a person was building a lean-to against my car. Even waiting for the bus on the same block as city hall could be a challenge: A homeless man walked up and straddled my legs while I was sitting down. I had to push him away.

Yet "Skid Row Marathon" shows a man, Craig Mitchell, running alone through the darkened early morning streets of downtown Los Angeles. Mitchell is a criminal judge who has a running club for men and women recovering from addiction. In court, he sentences offenders to prison, sometimes life sentences. He feels not "weighed down to what you're committing another human being to." When one of the men he sentences to jail after his release asks the judge to visit him at the Midnight Mission--just a city block away, the judges does and decides to share his love of running. He promises each participant a free trip to an international marathon.

One of the first to join was David Askew who confesses, "At my lowest point, I was living there," pointing to a drainage pipe hole under a bridge along the LA River. He was living with rats and pigeons. "That's what alcohol, drugs will do to you." Alcohol and drugs also destroyed the musical aspirations of Ben Shirley who came to Los Angeles to play bass guitar with a heavy metal band. He ballooned up to 300 lbs. Drugs weren't the problem that put Rafael Cabrera in jail. He spent most of his adult life in incarcerated after murdering a man as part of his gang activities. Due to parole restrictions, Rafael isn't able to join the others when they make their first international marathon run in Ghana.

Director Mark Hayes and producer Gabrielle Hayes, a husband and wife team, followed this group for four years, getting up as early as 4:30 a.m. and running 5-7 miles each time. What they have produced is a tear-inducing, hopeful movie that asks us to look at the homeless people from a different angle. As the judge says, "One horrendous act does not define a person in his entirety." 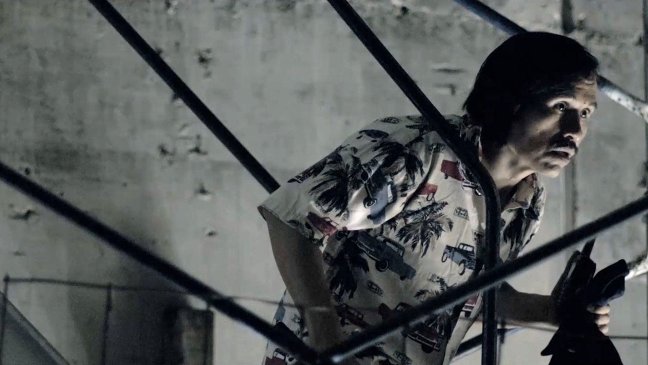 "The Night Guard," which won the World Fiction Award, is a darkly humorous look at one work shift by an honest security guard, Salvador (Leonardo Alonso). To get to work, Salvador must take a train and then a bus before he walks to his workplace. The body of a young boy has been found in a van not far from the construction site. Salvador has given a statement, but the officers and Salvador must wait for his coworker, Hugo. When he finally arrives, Hugo brings more problems for Salvador.

Ros seems to be asking how does a good man, an honest man, survive in a world oppressed by ever-present smog of rampant dishonesty and the continuous threat of bad men. "The Night Guard" also received the Best Film and Best Actor awards at the Morelia Film Festival.

"Liyana" is how every kid imagines their stories should be. Aided by master storyteller Gcina Mhlophe, a group of five orphaned children in Swaziland create a new hero, Liyana, a young Swazi girl who must battle the natural and unnatural dangers to rescue her two twin brothers.

Directed by Amanda Kopp and Aaron Kopp, the movie is both a documentary that illustrates how these children creatively construct a heroine and a fantasy, as the illustrations of Shofela Coker bring this collectively-constructed tale to life. Although the authors of Liyana's tale must contend with dreaded diseases and walk on dirt roads and walkways while herding cattle, tales like these help them "overcome fear" and "hold on to hope."

"And Then There Was Eve" and "Anything" are two films dealing with transgender issues. In "And Then There Was Eve," a woman named Alyssa (Tania Nolan) calls the police when her husband goes missing. They can't find him and her in-laws are frostier than the winter fields of faraway Fargo, Minnesota. So, Alyssa turns to Eve (Rachel Crowl), a friend of her husband to whom she had never been introduced. Eve shared Alyssa's husband interest in jazz music. While Eve cautiously supports the panicked Alyssa, she also has a secret. "And Then There Was Eve" was given an LA Muse Fiction Award.

"Anything" is a Hollywood fish-out-of-water story. Unable to deal with the recent death of his wife, Early Landry (John Carroll Lynch) attempts to commit suicide in his smalltown Mississippi home. Allowed to leave the hospital under the care of his Los Angeles-based sister (Maura Tierney), Early ends up in a cheery Hollywood bungalow neighborhood. There he meets up with musicians and hookers, and is attracted to the flamboyant Freda Von Rhenburgh (a glamorous Matt Bomer). This is a different kind of "Guess Who's Coming to Dinner" movie.

Lynch, who just appeared as John Wayne Gacy in "American Horror Story," portrays a solid Midwestern man who reacts to people with kindness. Lynch received a special mention by the LA Muse judges for his acting, but Bomer also deserves some acknowledgement for his fully embraced naughty, sexy take on Freda.

If, like my mother, you suffer from a fear of the slithery, you might want to skip "Serpent." The movie begins innocently enough, with a woman, Gwynneth (Sarah Dumont), ending her affair and deciding to go with her husband, Adam (Tom Ainsley), on a research camping trip into the wilds of South Africa. Adam is looking for an elusive beetle, but Gwynneth wants to avoid her ardent lover. As the title suggests, they will eventually be thinking less about bugs and more about serpents. The movie's tagline is: “Love's bite. Death's kiss," but I think it should be: "Love bites. Don't camp with city slicker idiots or you'll mambo with black mambas." Written and directed by Amanda Evans, "Serpent" received the Nightfall Award. 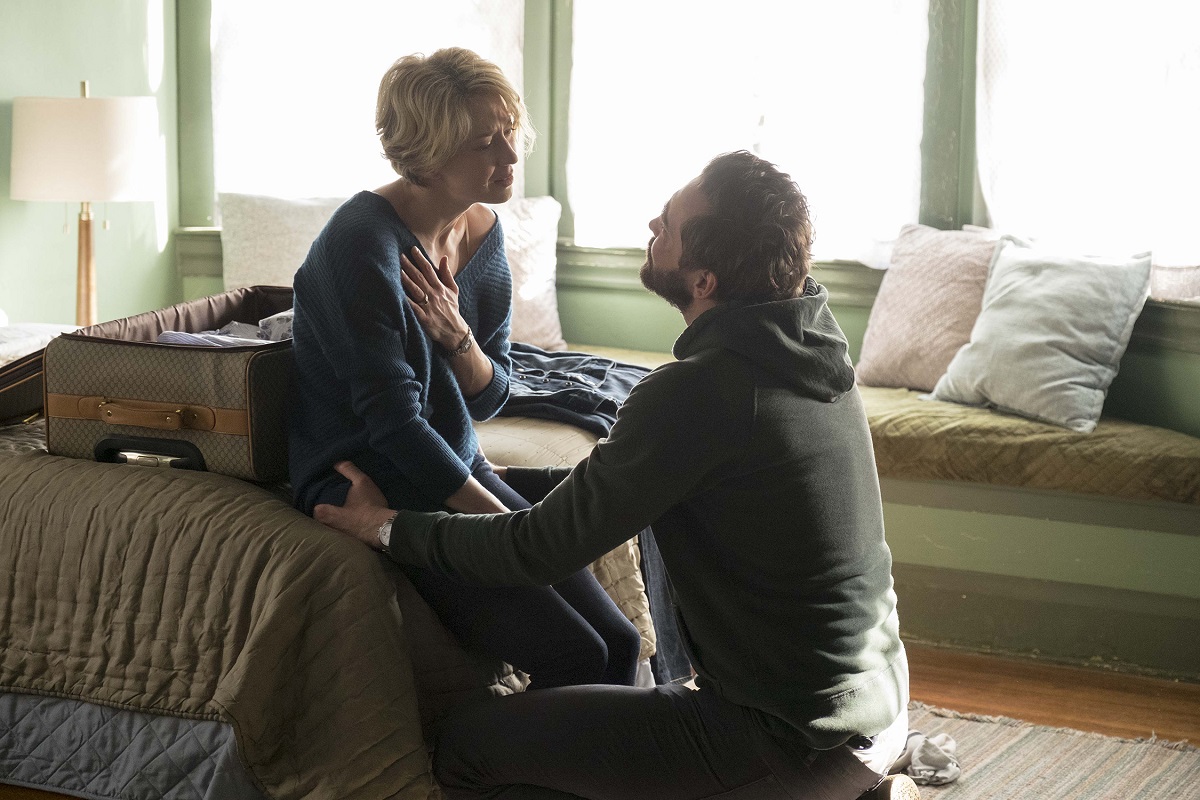 Lee Pace fans will want to see "The Keeping Hours." Pace plays the wounded workaholic who is summoned back to the home he once shared with his ex-wife. There he remembers his five-year-old son whose death a decade earlier resulted in an anguished blame-game divorce. Anesthetizing himself against emotions by numbing himself with overwork, he is forced to stop when he has to clean up his former home to make it sale-ready. "The Keeping Hours" is a gentle ghost story about that deserted house in your neighborhood and works because of the tragic chemistry between Pace and Carrie Coon. Tasteful and taunt, Karen Moncrieff's direction balances romance with the suspense in Rebecca Sonnenshine's script. "The Keeping Hours" won the Audience Fiction Feature Film Award.

"Beauty Mark" is about beautiful women who have ugly lives. The notes claim this is inspired by a true story and that might qualify it as a horror story. Angie (Auden Thornton) has a dead-end job and supports her three-year-old son and her alcoholic mother Ruth Ann (Catherine Curtin). When she hasn't drunken herself into a blackout stupor, Ruth Ann claims she'll be getting disability.

An electrical problem leads to an inspection that reveals black mold. The rental house condemned, Angie must move her brood, but needs first and last plus that month's rent for a total of $1,700 for the place she wants. Attempts to borrow money lead her to a lawyer where she learns it's too late to sue the man who molested her when she was five. A lawyer tells her that if there's a pattern and a younger victim within the statute of limitations, there's a chance of shaking a few pennies out of the pervert. Eventually, with the help of her aunt Lorraine (Laura Bell Bundy), Angie is shaking her booty for some loot.

Writer/director Harris Doran doesn't give Angie anything close to a happy Hollywood ending. Vacillating between vulnerable and brave as the victimized Angie, Auden Thornton was given a special mention for Breakout Performance by the US Fiction Jury. 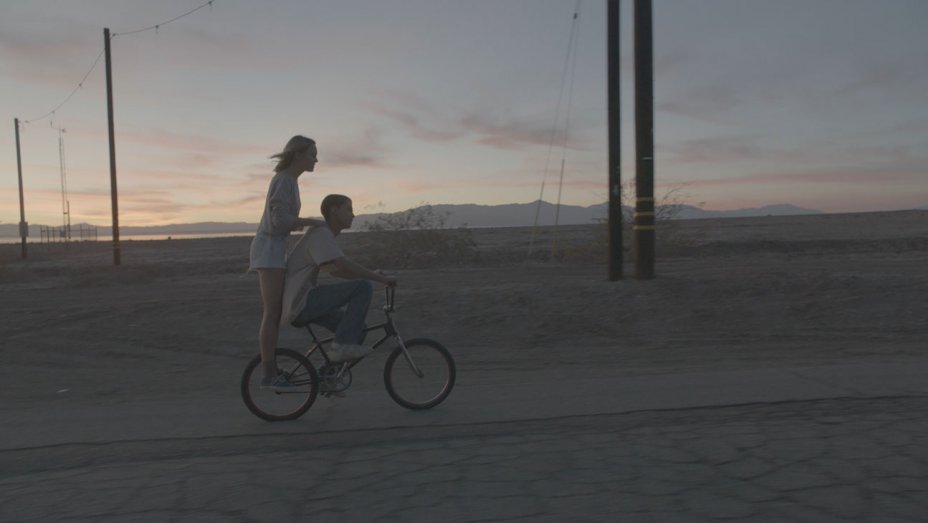 "Don't Come Back from the Moon" isn't about astronauts. Based on Dean Bakopoulos' first novel, Please Don't Come Back From the Moon, which was set in a suburb of Detroit, the movie's locale is now a small town on the edge of the desert. If you've ever driven through the Southwest, you've seen them, struggling to avoid extinction but clearly on the wrong side of prosperity. The desolation here is both in the urban blight and in the unwelcoming natural landscape. As young Mickey (Jaffrey Wahlberg) looks back, he remembers, "When I was 16, I had lice in my hair. My mom shaved it all off. I looked like a peanut; I hated it. That wasn't the worst thing that happened that year." He then adds, "My father went to the moon," disappearing as if he has blasted off into space, like so many men before him in that town that the locals had a slang term for it.

The US Fiction Jury gave Bruce Thierry Cheung a special mention for directing.

Out of the awards categories, worth watching are a couple of documentaries and dramas. "Dalya's Other Country" is about another side of Los Angeles. Dalya comes to Los Angeles with her mother and older brother, fleeing the violence of Aleppo, Syria. Enrolled in a Catholic school in 2013--the only Muslim, we see her transform from a shy misfit to a gregarious, giggling girl who remains Muslim in her identity.  Her mother’s husband, currently living in Turkey, has, without warning, taken another wife, something that she finds unacceptable. The father does come to visit, but the father and mother can't repair the damage done to their marriage. Both Dalya and her mother Rudayna adjust to the Los Angeles culture and their changing views of women in culture.

If you were both entranced and horrified by Jeff Orlowski and Mark Monroe's 2012 Sundance cinematography award-winner "Chasing Ice," then "Stella Polaris Ulloriarsuaq" should be top on your Global Warming Warning playlist. Massive glaciers are melting, and, as ice disappears, the land rises. Writer and director Yatri N. Niehaus looks at both the culture of Greenland and the science behind the melting. There are places where roads were never needed and customs, spiritual and practical, might be threatened with the disappearance of ice several centuries old. 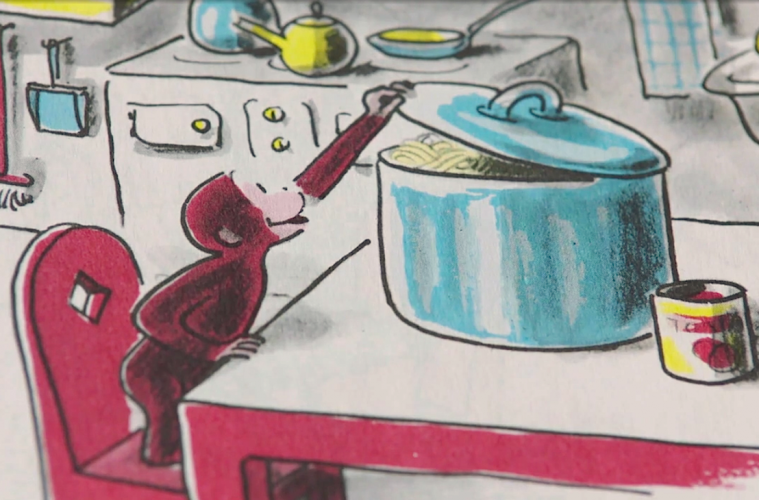 On a sunnier note, "Monkey Business: The Adventures of Curious George's Creators" is bound to leave animal lovers with a smile. Curious George is a little brown monkey who was adopted by the Man with the Yellow Hat and brought to live in the big city. The stories and illustrations were created by the husband-and-wife team of Hans Augusto Rey and Margret Rey. Both German Jews, they first met in Hamburg, but married in Brazil before returning to Europe. They lived in Paris but fled the Nazis in 1940 with the original manuscript for the first Curious George book. Published in New York in 1941, the first book was wildly popular. According to the documentary, Margret was mischievous; Hans was curious. Only Hans seemed to appreciate the company of children. Besides using archival photos and some video clips, director Emma Ryan Yamasaki includes segments where Hans or Margret are animated as to fit into the cartoonish world of Curious George. This is an enchanting look at a great friendship behind a marriage and the still-popular series.

·Directing: Bruce Thierry Cheung for "Don’t Come Back from the Moon." World premiere.

·Excellence in Storytelling: "The Classic," Written and directed by Billy McMillin. World premiere.