It’s raining in Havana, Cuba, cooling the earth and heating the air with steam. On the first day of the Festival Internacional del Nuevo Cine Latinoamericano, the rain starts and stops like a leaky faucet, making it all the easier to step away from the mojitos and historic monuments to disappear into the city’s movie theaters. Many of the island’s largest cinemas are playing host to premieres of imported award winners like “Carol” from North America, “Desde Alla” from Venezuela, “Te Prometo Anarquia” from Mexico and “El Club” from Chile. But home turf advantage plays favorably for Cuban movies, and there’s one seemingly programmed every day in various locations to give locals the best chance at taking in a movie from one of their own.

Through the palatial stairwell of the Hotel Nacional, I collected my badge and connected to the Internet for the first time in days. Private Internet is rare, and I can only buy hour increments at hotels or use a family log in for public wi-fi in a block or two radius on Calle 23. Even on drizzly days, you can find teenagers and young adults with laptops and phones lined up along sides of buildings clamoring for connection. As such, there was no way to idle online to create my film festival schedule. Instead, I would have to go to one of the theaters in the morning to pay a peso (one of two currencies in Cuba) and buy a cartelera, a small newspaper handout with write-ups on special events and the screening schedule for the current and next day. If I didn’t make it to the theaters in time, the carteleras would be snapped up and resold outside for two or three times the price.

Scheduling limitations aside, I made it to the gala premiere at the Karl Marx Theatre for the festival’s opening film, “El Clan" (pictured below). A 45-minute orchestral set complete with a traditional dance break began the night’s events, followed by a few quick words from Geraldine Chaplin and the fest directors. Then began the Argentine thriller about a troubled family in the business of kidnapping and extortion. After the movie, the majority of us made our way through the dark (Miramar, where the theater is located, is more prized for its gardens then it is for its street lights), to cars back to the Hotel Nacional for a poolside party in the rain. 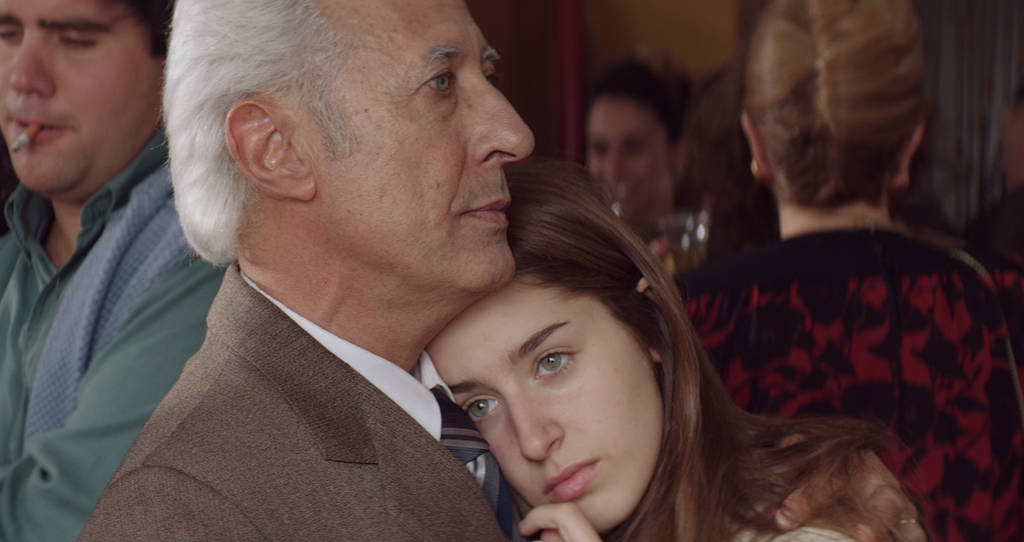 The early night was a sign of many more to come, which worked out well to catch morning premieres of movies like the overtly patriotic number “Cuba Libre.” Yes, it’s the story of the drink, but it’s also about Cuba’s war for independence against Spain. Cheers erupted from the audience when the mambi cavalry rode onscreen and grumblings stirred when Yankee allies decide to not return the territory to the Cubans. “You give a Yankee an inch, they take a mile” grouses one character in the movie, to which an audience member answered with a “
Advertisement
siempre!” The nationalistic tone is at odds with the film’s bilingualism, as if it has ambitions for an audience beyond the state-run theaters. Much of the script is spoken in English and Spanish without subtitles, which may not have bothered most in the crowd who spoke only one or the other, but drained my patience since I understood what was being said the first time. When the credits rolled, the audience cheered, “Viva Cuba Libre!”

Fortunately, no other Cuban film suffered from the clunky bilingual conceit, but each of them traced its story back to a chapter of Cuban history. Some were more direct than others like outright period pieces set in the Angolan War like “La Emboscada,” or on the eve of Batista’s departure (a favorite day since that’s when Castro came to power) as in the hard-boiled detective movie “Bailando con Margot.” Others were more indirect, using history as a springboard for their character’s present-day problems.

Such is the premise of “Vuelos Prohibidos,” which follows a young French-Cuban woman tracing her family’s complicated history with the social unrest of those two countries. Her mom was a French student activist who fell in love with an official before fleeing Cuba with a hidden pregnancy. When the film begins, the mother has passed, and the woman is on her way to meet her Cuban father for the first time when she falls for another Cuban passenger. Such are the complicated comings and goings of the Revolution, which also appear in the fun time travel short “Èpica.” In this film, a present-day disillusioned Cuban returns to the halcyon days of the Revolution for excitement when he bumps into a patriotic playwright and tries to prove he’s from the future. The idealistic dreams of what would be are not what they are now on the island. The audience roared with laughter at the thought of explaining ration books to a ‘60s-era comrade.

The drama “El Acompañante” is set in the late-‘80s colony where the Cuban government sequestered patients suffering from HIV/AIDS. They could only leave for one day a week to visit family if they had someone accompany them to and from the compound. Although it could have been made as commentary against the government policy of that time, it stays fairly neutral, focusing instead on the unlikely friendship between a disgraced boxer and his charge, a veteran who contracted the disease. Until the law changes, Cuban films made on the island must be signed off by the government before production begins. To screen an independent Cuban film on the island is illegal, and no movie shown at the state-run film festival broke those rules.

There was a hefty block of documentary programming including some greatest hits from HBO like “Going Clear” and one ready-made for the festival crowd, “Mariela Castro Marcha: La Revolucion Cubana LGBT.” A majority of the titles played at the Infanta, the only multi-screen theater out of 17 venues. Some documentaries were drab recuts of archival footage, like “Never Ever, Neverland,” which concerns itself with the Peter Pan flights that moved children out of the country in the early days of Castro’s Cuba. Others, like the heartbreaking “Nana,” about Dominican women leaving their children to work as caretakers for rich families, were great reminders of the art of telling today’s stories. 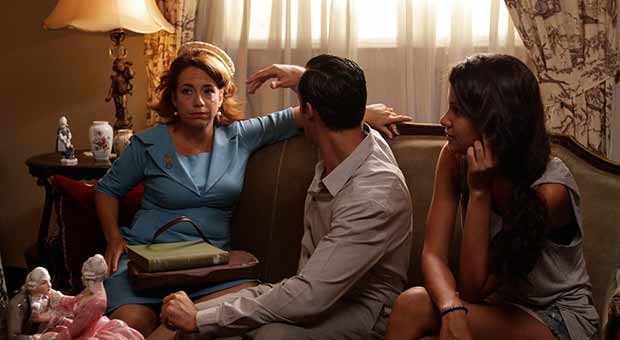 Three films stood out as exciting previews of the kind of Cuban movies that could make their way Stateside. The striking bisexual drama “Caballos” straddles surrealism and relationship drama in beautiful black and white photography. Its close-but-grainier cousin, “La Obra del Siglo” is set in the failed city of the future that was to run Cuba’s nuclear power plant. Left after years of neglect, one family still remains on the edges of this Tomorrowland but is fading from strife, scarcity, and machismo. The rare breath of feminist air came in the form of the thriller “Espejuelos Oscuros” (pictured above), in which a blind woman staves off a violent intruder by telling him stories she’s memorized.

There’s no going forward without looking back, and that sentiment is reflected in the kinds of movies Cubans are choosing to make. The return of the Sundance Institute and HBO to the 37th Festival de Nuevo Cine is very much tied to the warming relations between the island and the U.S. That closeness looks to be the future, as are the hundreds of stories waiting to be told by Cuba’s filmmakers to an audience that hasn’t lined up for their movies in decades. They’re looking at us just as much as we are looking at them.