Two of the more interesting films on the 2017 festival circuit made their way to Montreal this week for Fantasia Festival and neither disappointed audiences in any way. These are both movies to put on your watchlist for their inevitable stateside releases, one of which will come soon and one of which feels less likely to play in a theater near you, but will almost certainly one day be remade in an American version.

Let’s start with that gem, the winner of the Best Feature prize at the recently-wrapped New York Asian Film Festival. Thai writer/director Nattawut Poonpriya’s “Bad Genius” is a brilliant crowdpleaser, anchored by a great performance from future star Chutimon Chuengcharoensukying but working primarily because of a razor-sharp script, remarkable editing, and brilliant concept. Poonpriya basically transports the structure of a heist movie on a film about teenagers who come up with an elaborate plan to cheat on their high school exams. It’s as if Aaron Sorkin wrote a caper flick set in high school, and it’s as much clever fun as that sounds.

Chuengcharoensukying plays Lynn, a brilliant young woman who earns a scholarship to an expensive private school, where she soon realizes that her classmates may be much richer than she is but they’re nowhere near as smart. When her artistic friend Grace (Eisaya Hosuwan) asks for some help on an exam, the pair devise a brilliant scheme in which Lynn basically starts a business where she’s the brains for a bunch of spoiled rich kids willing to pay. When the other super-smart kid in class (Chanon Santinatornkul) discovers the plan, the group has to adjust to a new variable. In fact, that’s what “Bad Genius” is most about: a young woman who doesn’t come from money but always finds ways to adapt to the situation in front of her.

Poonpriya films and edits his piece like an “Ocean’s 11” movie but never allows the style to overwhelm the emotional beats. This is a very smart film, one in which a young woman learns that being as sharp as she is won’t overcome societally constructed injustices. Sure, she gets a scholarship, but then she has to pay hidden school fees. Grace can’t participate in the theatre program she adores if she doesn’t maintain a certain GPA. In a sense, these two are just helping each other in ways the system does not. And, most of all, “Bad Genius” is fun. It’s crisp and consistently entertaining, even at a lengthy 130 minutes. I’ve rarely seen a film that screamed out more for an inevitable remake. Studios should be in a bidding war right now to make that happen if they’re as smart as Lynn. 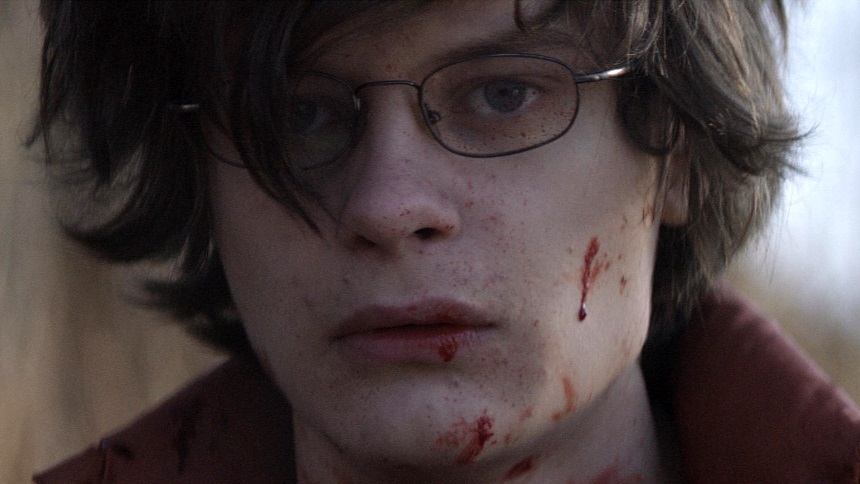 A very different coming-of-age story plays out in Kevin Phillips’ “Super Dark Times,” a ‘90s-set film that very clearly recalls teen-murder dramas like “River’s Edge” and “Mean Creek.” It’s an effective thriller, anchored by great performances and a strong visual language for a debut film. The final act gets a little too ridiculous for its own good, but the movie works well enough up to that point to make it forgivable.

In ways I won’t spoil, violence erupts when Zach and Josh are hanging out with two other local boys. The guilt and remorse over what happens starts to eat away at both boys, and we watch as Zach starts to wonder if his best friend is going to be able to keep it together psychologically. Cinematographer Eli Born does an excellent job of adding to the tension in “Super Dark Times” without ever calling attention to the look of the film. There’s just something in the air, a foreboding presence that’s enhanced by a mysterious prologue that implies violence and panic are inevitable.

The performers here are uniformly strong as well, especially Campbell, who so desperately just wants to be an ordinary teenager but it feels like fate just won’t let him. The ending is a little too heated for my tastes, becoming more of a traditional thriller than a drama, but it’s a tough film to wrap up, and the final scenes bring it back to a vaguer sense of life after trauma that really work. We’re all in “Super Dark Times,” I suppose, and violence is possible on any given day, whether that day was in 1995 or 2017.