Contrary to the ordinary, there is no festival fatigue at Ebertfest. Even as day four settled in at the Virginia theater, audiences were characteristically responsive and engaged. They seemed to be enlivened by the slate of diverse films. 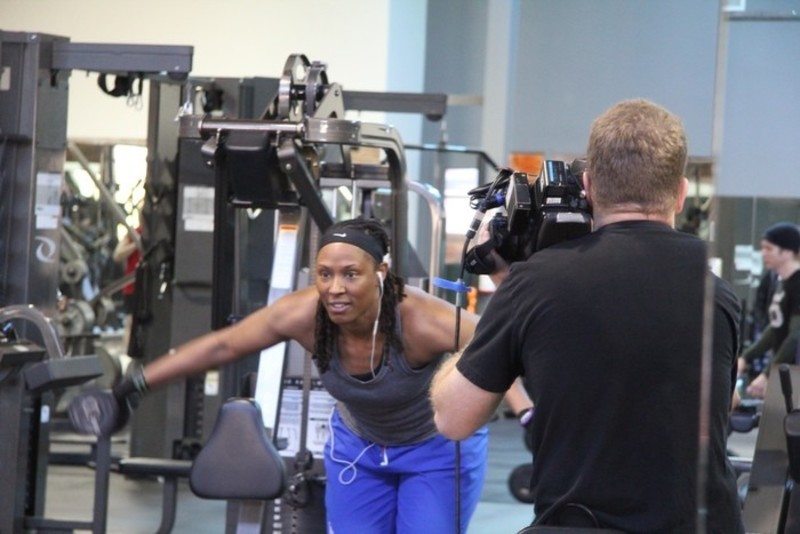 Saturday’s lineup began with a unique screening of “Mind/Game,” a complex portrait of women’s basketball superstar Chamique Holdsclaw. Despite its short running time (56 min.), director Rick Goldsmith manages to get to the heart of Holdsclaw. She wasn’t merely a dominant ball player at the University of Tennessee, where she put together the NCAA’s first ever “three-peat” of national championships. She’s a layered, motivated woman who suffers from a bipolar disorder. After years of personal and medical neglect, the film finds Holdsclaw grappling with her biological realities. Equal parts moving and insightful, Goldsmith veers away from trivializing this serious issue (see: “Fatal Attraction”). With the help of Glenn Close (serving as the narrator), “Mind/Game” aims to illuminate.

After the film, Goldsmith explained that the film has not only screened on the festival circuit, but “at various mental health gatherings.” It’s played for sports psychologists, high school students, college athletes, professional basketball players, and beyond. “Mind/Game” is the rare Important Film that is also a Good Film. To further educate the audience, Eric Pierson (a professor at the University of San Diego) led a panel of mental health professionals after the Q&A. It did not over simplify the issues this country faces when it comes to treating patients. It did not take shortcuts, or avoid approaching the pain that accompanies mental health. Instead, Pierson engendered the type of dialogue we need more of in America, 2017. If only Donald was watching the live stream.

Next up was an original comedy that Roger believed “reassures us that there is hope.” Released in 1998, “Pleasantville” delivers on Roger’s promise. Two hours of humor and warmth, director Gary Ross ("Big," “Seabiscuit”) knocked it out of the park on his first at bat. It’s one of the more assured directorial debuts in recent memory. Quickly jettisoning its '90s setting, Ross transports his main characters, David (Tobey Maguire) and Jennifer (Reese Witherspoon), into a '50s sitcom. It’s fantastical fiction at its finest. For Ross, who hadn’t seen the film in “15 years” until Ebertfest, it holds up. “I really like the movie!” he said laughing. “This is a movie you generate in your youth. It belongs in the tumult of youth.” And for Ross, “Pleasantville” represents his “critical view of nostalgia”—while still reluctantly embracing the past. Eager to open up, Q&A moderators Nate Kohn and Brian Tallerico did an especially efficient job gently prodding Ross. Autobiographically, Ross spoke of his mom (“a ‘50s housewife”) and his father (“a blacklisted screenwriter”) in relation to the Joan Allen and William H. Macy characters. The film is (and was) a personal project to him. “I’m interested in embracing untidiness and lack of symmetry,” says Ross. “That’s what makes life worth living.” 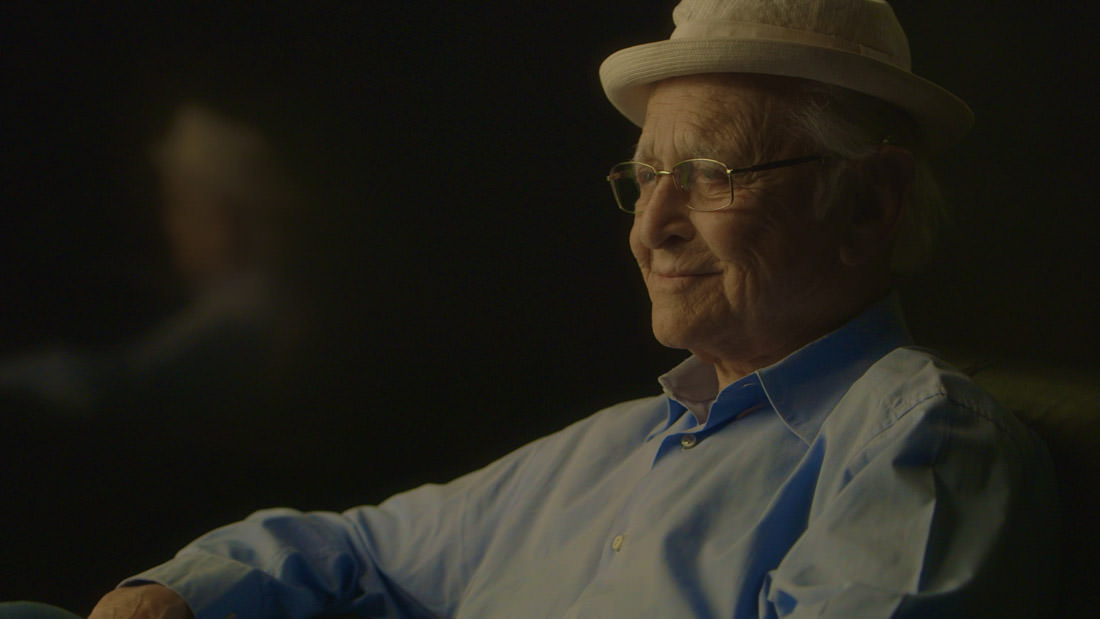 “Being human is hard,” says Norman Lear. “You heard it here first.” Profundity followed by comedy, which seems to be how Lear has lived 93 years of life. Although perhaps not always in that order. Adapting from his biography, “Norman Lear: Just Another Version of You,” directors Heidi Ewing and Rachel Grady have made something truly remarkable. It’s a documentary that isn’t bland or sycophantic—it doesn’t sheepishly contribute to mindless mythologizing. Turning the myth to man, Ewing and Grady craft a well-researched primer for those interested in learning about the person who created hit shows like “All in the Family,” “Good Times,” “Maude,” “The Jeffersons” and countless more. More is the operative word here. Lear has made the most of existing for nearly a century on this Earth. When he longer wanted to be a prodigious Hollywood show-runner and writer, Lear went into activism and philanthropy. After that he found himself as an older father. The show continues.

Before breaking for dinner, Lear and company strutted onto the stage to talk shop. Five minutes into questioning, Lear’s phone began to rang. He couldn’t help but perform. He took the call. It was Grady, ringing to see how the film played. The audience erupted in applause. The joke—and the movie—tore the house down. Lear continued to proffer wisdom. How comedy probably can’t save us, but it can momentarily alleviate the pain. He spoke of the swinging pendulum of existence. Big highs and big lows, love and loss, success and failure. 93 years in, he assured us that no one has ever quite figured out how to live a life. In part because there is no wrong way to live. We simply do. 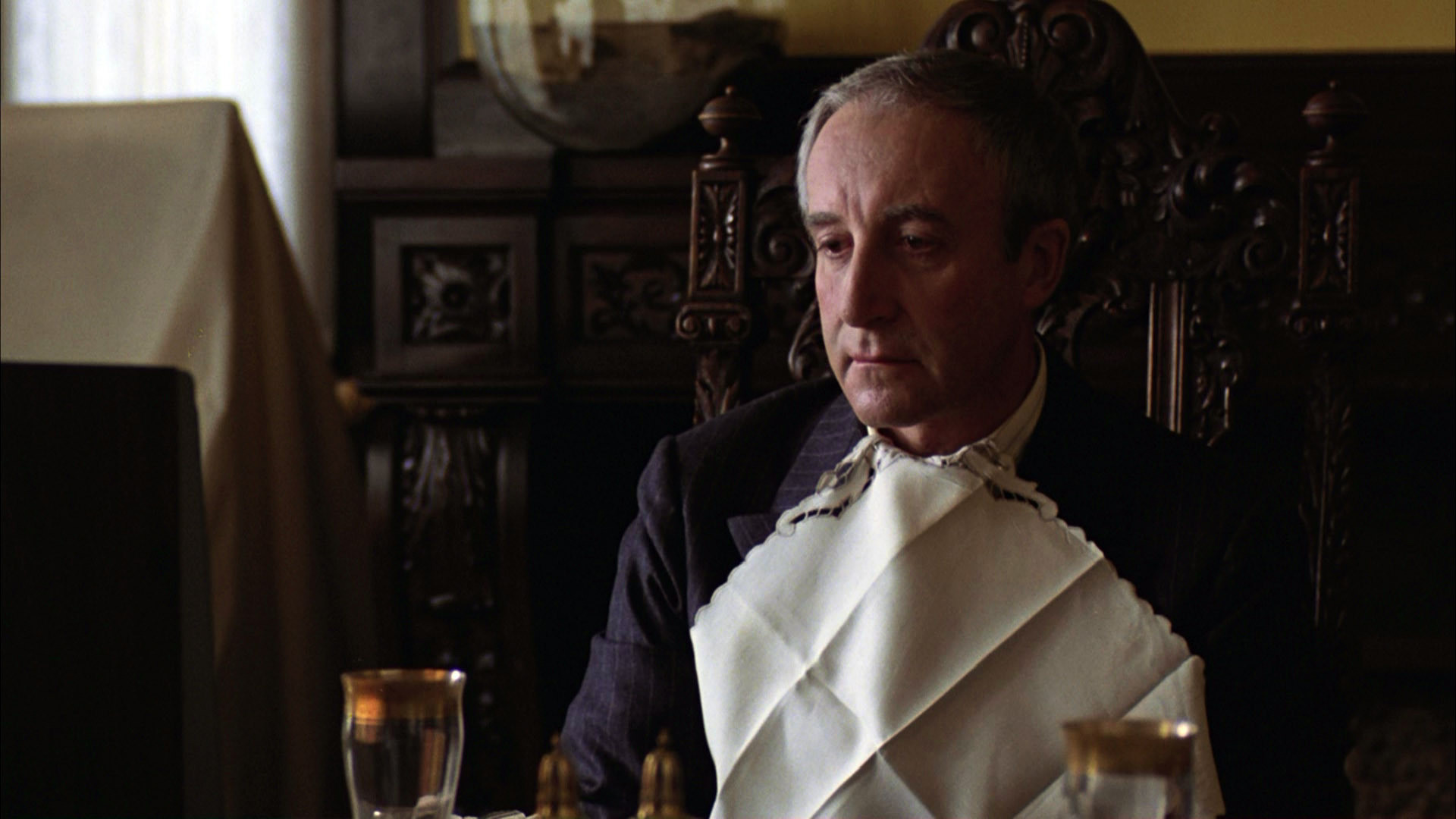 Chauncey Gardiner is precisely who we wish Donald Trump was: a good-hearted, TV-crazed man-child who has unwittingly found himself in a position of power. Watching “Being There” in 2017, amid the Trump administration, is equally hilarious and horrifying. The parallels between Gardiner (Peter Sellers) and the Donald are unnerving. It’s hard to tell whether director Hal Ashby was a filmmaker or a fortune teller. A hippie renegade whose career was later derailed by a variety of drugs, Ashby may have peaked with this 1979 masterpiece. Cinematographer Caleb Deschanel described “Being There” as “two worlds colliding together.” Gardiner and DC politicians—the latter undone by the former’s unvarnished candor. There’s truth and hilarity here. I just wish Ashby’s fiction didn’t feel so much like our reality.