The Chicago International Film Festival has officially begun, entering into its 51st year with a wonderfully oppressive list of titles, some of which we’ve already been able to cover. But with many more titles to see, here’s a look at three films (in descending order of quality) that premiered this weekend, featuring two titles to put towards the top of your priority list, and another to not seek out.

Before Charlie Kaufman and Duke Johnson’s stop-motion wonder “Anomalisa” woos Chicago with its unforgettable portrayal of anonymity, the city’s international fest also boasts another title about low-key people, places and things. "A Very Ordinary Citizen" is a lucky grab for the fest, a world premiere now in the Main Competition, co-written by world cinema maestro Jafar Panahi, who recently made “Taxi” while still banned from filmmaking.

Appropriate to the emphasis in its title, Majid Barzegar's film is mundane in its narrative, about a nobody, doing nothing. Mr. Safari is an elderly man who spends his time in self-isolation, often sitting in icy blue apartment as if it were his frozen tomb. In the first shot of the film, he walks out of a store with a piece of Sangak, a revered bread that is only available in certain parts of the world, and he walks with it. The camera tracks him as he travels down the sidewalk, his cane clicking against the pavement at its own speed, like a clock slowing down. He eventually arrives outside a random front door, and gives one of his breads to a man who doesn’t seem very pleased. The door is then shut on Mr. Safari, and he walks away.

Much of the movie has this effect, along with this length of shot, even when Mr. Safari has a life-changing encounter with one of his son’s friends named Sara, who randomly shows up at his door. Sara lives near Mr. Safari, and has been sent by his son to get him a passport, so that the old man can get out of Iran, and taken care of people close to him. She’s a complete opposite being to Mr. Safari, with a whole other energy. In the movie’s curious focus on color, which seems to be one of the few escapes from the otherwise intentionally plain set of events, she’s constantly adorned in red, while he wears an icy blue suit for most of the film, a spiritual combination of fire and ice.

Mr. Safari and Sara develop a friendship, but it isn’t the type that generally devolves into a simple movie. As is his current state of existence, the movie is more a test of empathy, despite the little needs that he has. And not just for her, but for others—including the man agitated about getting bread brought to his door everyday. Is Mr. Safari forgetful as people say, or just stubborn? Or perhaps, he has other motives?

The movie is a very interesting look into the horror of self-isolation, and the redundancy of it. This all makes for a testing film, but one that never feels purposeless, or untrustworthy. Enough information and atmosphere is provided to grab the viewer, even with very little to take in but minute changes on the lead actor’s very still face. With Mr. Safari barely hardly muttering a word (only when he feels like it, really), dialogue can be the spice of the film. However, it also makes for a few blatant moments of exposition, meant to tie together nonetheless abstract moments.

For a movie in which it feels like a spoiler alert to reveal that the main character gets stitches, “A Very Ordinary Citizen” is a wholly unexpected film. It has one of the slowest burns likely to be seen at the festival, but will resonate far deeper than a lot of movies about less anonymous people. 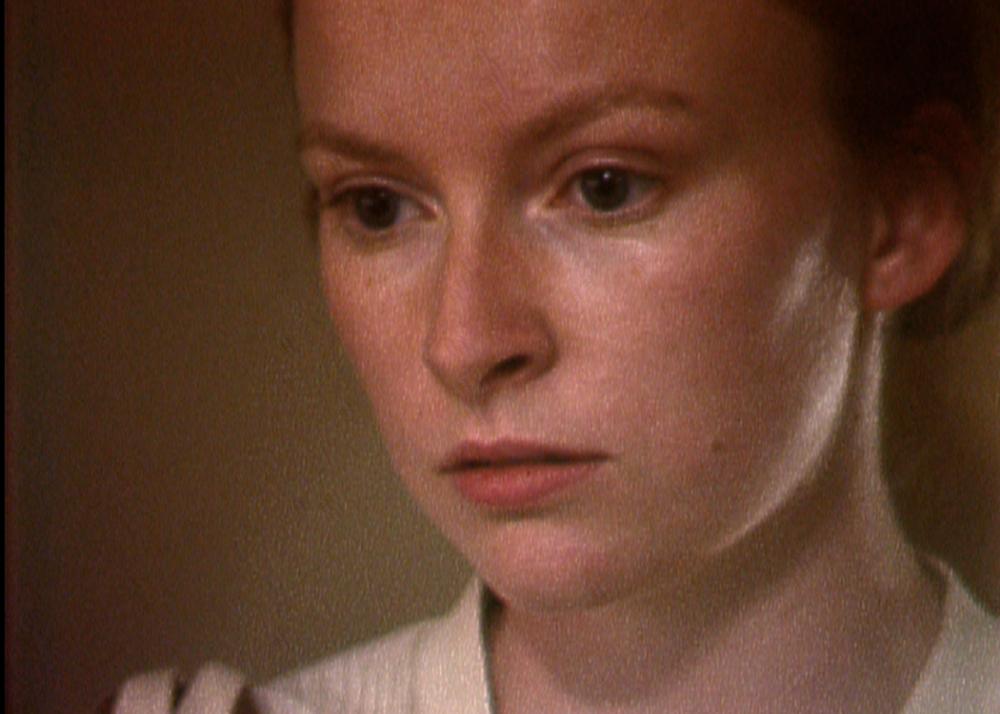 Director Nathan Silver's own films of low-key reality aren't by-definition written (story credits are given, but not screenplay credits). Instead, they fall from the Cassevetes cosmos, naturally presenting a group of people (homeless men, pregnant teenagers) at a crossroads in life, while an outsider enters and forever changes the domestic-like situation. Along with his insistence of casting his mom in small roles, he's a filmmaker who has been honing a specific authorship as his name expands in the indie scene, and he's made his most accomplished project yet with "Stinking Heaven” (in the US Indies section), a must-see for anyone ready to get their hands dirty at the Chicago film fest.

The troubled surrogate home of "Stinking Heaven" is a type of rehab house in 1990s New Jersey, run by a small group of men and women of different ages trying to stay sober. Many of them have their own demons, along with the vices (substances or people) they struggle to get away from. They live by a certain set of rules, such as that they have to do all group activities together, and all of them have to perform "reenactments," taped versions of their darkest days. As we watch them sit around a dinner table, or in a circle with music, the film has a bipolar intensity; peace comes to the house as easily as chaos, with everyone bound by the claim they're one big family. It's a searing ensemble piece with an array of striking faces and open emotional wounds, including Keith Poulson, Hannah Gross, Henri Douvry, Eleonore Hendricks, Tallie Medel, and more.

With more assurance than his previous features, Silver directs like he's conducting a tight noise rock band, where a raw unpredictability in character or atmosphere doesn't impede on a self-assuring control of the big picture. The magic that he captures in his many close-ups, or ensemble moments between characters that cuts to the rawest bones of indie filmmaking, is far from a fluke (nor was it in his previous movies). It's the acting for one that matters, as he has a refined grasp of character, that he then prefers to make chaotic. Many better-behaved directors who yearn to orchestrate neatness can't touch the precision Silver has over the madness within his films.

Underneath Silver's self-desired muck is a classic talent, who knows actors and from where to observe them with fitting camerawork. Even shooting on Betacam is a sharp choice, to simply date a very low-budget project to the 1990s, and to capture these raw characters without a visual clarity. But he hasn't reached the huge climax his protagonists face by then end of their Silver roads, where they are removed from a state of mind, and ready to take their experience to the next big, different step. Silver is still figuring a few things out. 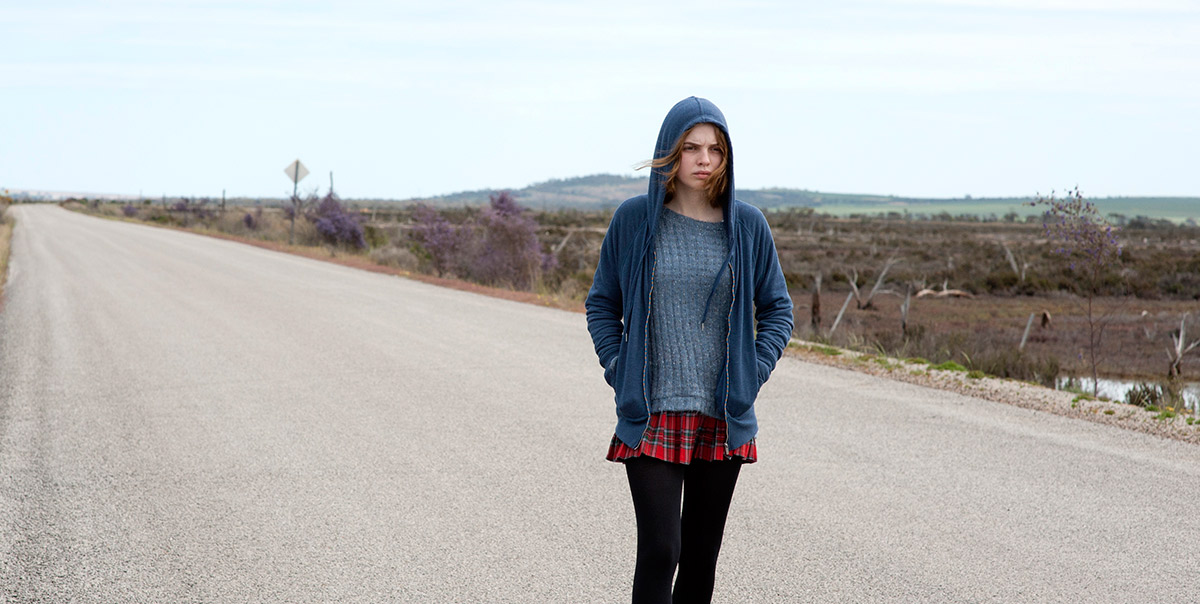 If the toxic whimsy of Paul Haggis' "Crash" is more disturbing to you than anything in David Cronenberg's "Crash," you're not going to have fun getting suckered into "Looking for Grace," about a search for a girl (title character Grace, played by Odessa Young) that ends maybe 30 minutes into the movie, and then feels the need to tell viewers the experiences of people involved in the search, whether the characters have much to do with anything or not. In this case it's the daughter's side, the mother's side (expressed with some palpable pain by Radha Mitchell), the father's side, the investigator's side, and for good measure, a random truck driver's own story.

Instead of letting the emotional arc speak for itself (there was the chance of a good story here about a daughter's angst), it becomes profoundly cluttered. A movie that begins earnestly then blindsides its viewers not with any great drama (even when actually blindsiding characters) but needless exposition. The project is not atmospheric enough to be a day-in-a-life tale, nor is it sharp enough to make its desires for mystery seem like more than desperate storytelling. Perhaps most of all, the multiple-POV gimmick sucks any life out of "Looking for Grace,” a stylistic choice with 0% significance to the story.

The through-line for this project is a distinctly airy score, which has fluttering piano arpeggios and super laid back stand-up bass ruminations, as if the title search were happening in a very big hotel lobby. It's an interesting (to say the very least) atmosphere to present for the project, especially with the (initial) simmering levels of stress felt about the missing kids, but a good example of how this movie can never settle into comedy, drama, or unexpectedly, tragedy. It would rather just float around—this vacant score might be the most sincere thing to experience during the film's grueling, should-I-check-what-time-it-is-no-I-should-not length.

This 100-minute prank on CIFF's Main Competition section does have one success in that it's a project that challenges the norm in our current deficit of perspectives in film—its writer/director, composer, director of photography, casting director, costume designer and top producers were all women. Let's see much more of that, but much less of films like "Looking for Grace."