Japanese director Naomi Kawase has an affinity for exquisite images of nature and topography. She is fascinated by death, and by all aspects of the life cycle. These were prominent characteristics of her previous work selected for Cannes: "The Mourning Forest," which won the Jury Prize in 2007; and "Suzaku," which won the Camera d‘Or in 1997. She’s here this year with "Still the Water," one of the two films by women in the official competition.

"Still the Water" has waves worthy of a Hokusai woodblock print, an eerie full moon, a first kiss and the first inkling of love, all in an unhurried slice-of-life narrative that also evokes the ancient nature-connected rites of the populace on an outlying Japanese island. An awareness of death as a necessary part of life grows painfully for teen sweethearts Kaito and Kyoko, beginning with Kaito’s discovery of a drowned man with a heavily tattooed back on the night of a moon ritual. 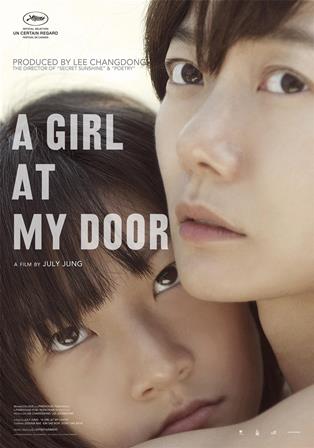 Kyoko’s mother, an island shaman, is terminal with a lingering illness but attempts to give her daughter the perspective that will quell her fears about death. Like many of the film’s most important messages, this is not a dramatic high point but is woven into the ongoing flow of natural life. The second time Kawase depicts the slaughter of a goat, Kyoko brings her face near the bleeding throat for one of the film’s most luminous close-ups, and her expression of dawning understanding as she sees the animals’ life force depart is the centerpiece of "Still the Water."

Like the main character of Bennett Miller’s "Foxcatcher," was in search of a father figure, the young girl protagonist of July Jung’s "A Girl at My Door" from Korea, screening in Un Certain Regard, is in search of a mother. Jung’s drama first has a lightweight comic air when Young, a female police chief, is assigned to a small fishing port where she’s very much the city slicker among the locals. Out of pity, the cop takes in an abused outcast of a pre-teen girl who looks to her for protection.

I thought I had "A Girl at My Door" pegged genre-wise, after a mother-daughter shopping trip, twin bikinis, matching haircuts, and dancing to the TV, but director Jung unsuccessfully veered off in new directions, injecting a handful of darkly shaded but half-baked themes including lesbianism, alcoholism, and child abuse. By the finale, she hints that the girl may not be as innocent as she seems, and does so in a way that calls the ethics of the cop into question even as a happy ending is implied.

Pascale Ferran’s "Bird People," also screening in Un Certain Regard, has enough product placement to stand as a 128-minute infomercial, and it’s just about as enlightening. 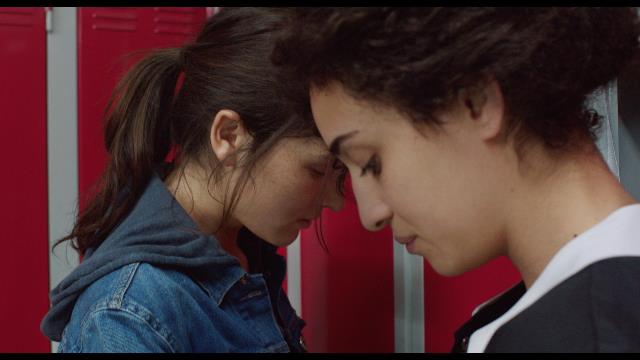 The paths of Audrey (Anais Demoustier), a college girl working as a hotel maid, and Gary (Josh Charles), an American Silicon Valley engineer who has impulsively gone AWOL from job and family, intersect over the course of a day and night, but not in the way you might suppose.

This is film loaded with padding and filler. Shot at a luxury hotel within the confines of Charles de Gaulle Airport, and in the airport terminals, the film includes extensive looks at the inner workings of each, including a cringe-inducing nighttime aerial tour to David Bowie’s song "Space Oddity."  There are lingering shots of advertisements for everything from electronics to financial services. Director Ferran unimaginatively uses smoking as a crutch. Almost every character in the film appears to be a heavily addicted chain smoker who lights up frequently and stares moodily into space for long minutes.

The title "Bird People" could be taken to refer to the film’s flitting travelers, or even to the planes. However, way, way into this film an actual bird, a hopping little sparrow, takes over as the main character. Some of it’s cute and some of it’s just more filler, but it made me wish the director had figured out how to get her film off the ground about 90 minutes earlier.