The competition for Cannes awards, including the Palme d’Or, begins in earnest with a distinctly political slant to today’s selections, reflecting in varying ways the world’s instability. From a Cannes participant’s perspective, it’s a world that features soldiers in camouflage fatigues strolling the Nice airport with machine guns cradled in their arms, and canine patrols of the Festival Palais, not to mention the usual bag search and body-wanding that takes place at every entrance. Yesterday, jury president George Miller referred to the Cannes festival as “film camp.” It's an armed one.

Romanian director Cristi Puiu, who took the Un Certain Regard prize in 2005 for “The Death of Mr. Lazarescu,” is in the main competition for the first time with “Sieranevada,” a masterful three-hour film that takes the Romanian cinema’s prevailing tendency to play with realism, duration and process to new heights of dramatic sophistication.  The setup is the gathering of a large family for a dinner and memorial ceremony at the apartment of their patriarch, forty days following his death.

Puiu deftly establishes the film’s complex mixture of absurdity, conflict and dark humor through a pre-credit sequence involving a long shot of a narrow, traffic-clogged street as a couple arriving for the event block cars and delivery trucks in order to unload their car. It’s an impressive bit of intricate choreography that gives a taste of what’s to come as the film’s location moves to the confined space of the widow’s home, where a maze of rooms and several doors will all play a supporting role in tension-filled mini-dramas as siblings, aunts, uncles and cousins arrive and interact to sometimes abrasive effect.

Platters of food cover the dining room table, the kitchen is overcrowded and little crises repeatedly come to a head and then dissipate. The first hint of anything political comes when one guest offers to show another a YouTube video of a terrorist executing a prisoner. The other man shrinks in repugnance.

Incidents like this begin to punctuate the day, as relatives unused to rubbing shoulders bond or rediscover their divisions. Conspiracy theories, discussions of 9/11, the Kennedy assassination and joking-but-uneasy references to George W. Bush create an air of paranoia, suggesting that the far-off United States is both a curiosity and one of the world’s shadowy unknowns. That uneasiness will ultimately be echoed in tensions and conflicts closer to home.

Puiu’s method, employing a roving camera and super-long takes is less a fly-on-the-wall approach than that of a fly cruising smoothly through the apartment and occasionally settling into strategic vantage points. Many whispered conversations, arguments, and confidences take place behind closed doors or half-open doors, with the camera observing from the hall.

The humor is ambiguous and deadpan, for instance, in a sequence in which the priest arrives to conduct a memorial ceremony. He’s accompanied by three seminarians whose role is to chant in three-part harmony as a full-blown liturgy with candles conveniently plunged into whipped-cream pies gets underway in the dining room. The family crowds around, some standing in the doorway with backs to the camera. It’s solemn, extraordinarily beautiful and strangely, absurdly funny as the priest then moves through the other rooms with his incense burner, including through a bedroom where an uninvited guest lies passed out drunk.

“Sieranevada" is a subtle and engrossing narrative of an emotional and political scope that ranges from personal to global. It’s deceptively you-are-there casual and yet impressively and tightly executed and controlled. It’s rather soon to make predictions, as this is the first of the competition films to screen, but I suspect that Cristi Puiu will be one of this year’s prizewinners. 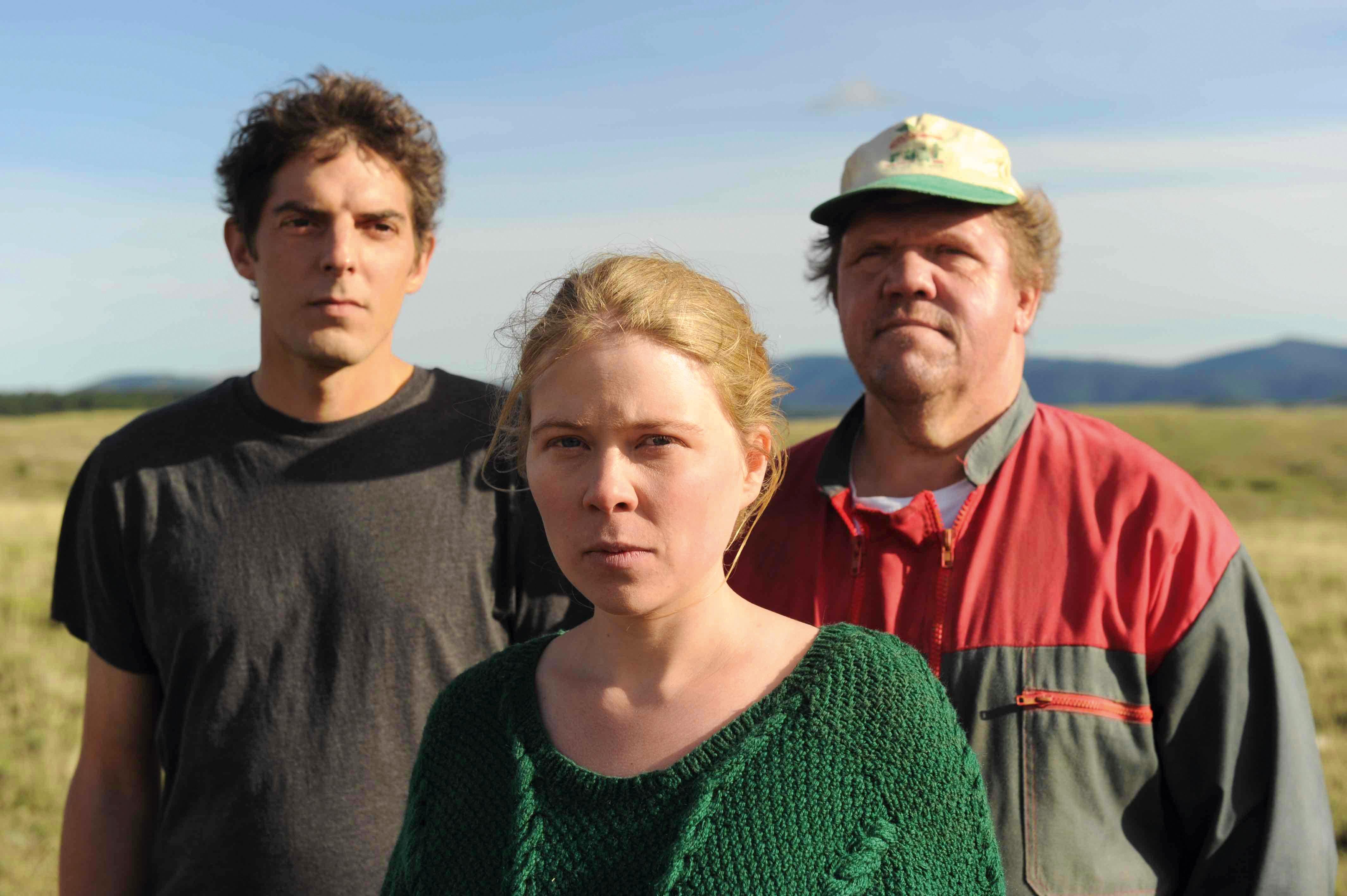 Based on the success of French director Alain Guiraudie’s “Stranger by the Lake,” winner of the festival’s Un Certain Regard prize for directing in 2013, I had high expectations for his competition entry “Staying Vertical.” Much like “Stranger by the Lake,” the first half of this new film suggests mystery wrapped up in sexuality and the unforgiving physicality of nature. Guiraudie does that kind of set-up effectively, making ominous use of the sound of breathing, the rustling of trees, or sudden silences suggesting that the land itself vibrates with danger, all underlined by his propensity to place the camera too close to his subjects for comfort.

At roughly the midpoint, “Staying Vertical” runs off the rails with narrative aberrations that could be fantasies or dream sequences but unfortunately aren’t. At its best, the film works with pansexuality and the suggestion that, for his characters, copulation is a non-specific urge that puts all of nature on equal footing. At its worst, it’s a jumbled mess of plot elements that imperfectly blend fatherhood, stalking, assisted suicide and an overriding theme of predator and prey. 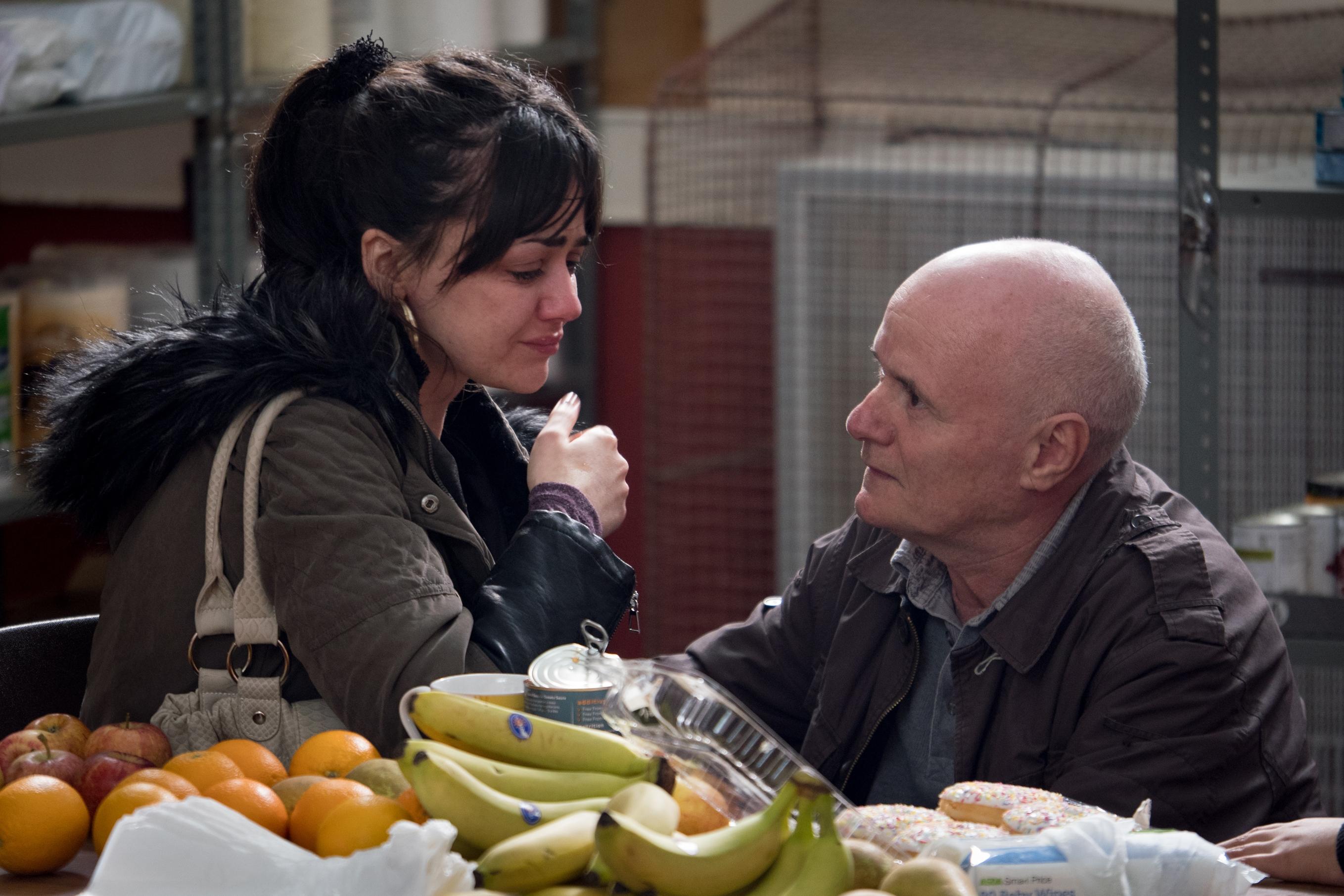 Back in 2014, when British director Ken Loach’s film “Jimmy’s Hall” was presented at Cannes, he had already announced his retirement from filmmaking. As it turns out, with social conscience burning as fiercely as ever, Loach is back in competition, where’s he’s presented new films regularly since 1981. “I, Daniel Blake” is a fictional narrative based entirely on the callous abuses and deliberate oversights built into Britain’s welfare system, through the growing friendship of Daniel, a carpenter in his late fifties on medical disability, and Katie, a 27-year-old single mother to a girl and boy of elementary school age.

“I, Daniel Blake” is centered on issues, but it’s a character-driven film. Few directors could pull off what Loach does.  He charts in detail the hellish cycles of bureaucracy, the fatal runarounds, and the catch-22 clauses executed by smug civil servants in a system seemingly designed to punish the most vulnerable for their poverty, and yet he never gives in to didacticism. He achieves this primarily though the fully formed humanity and all-out emotional honesty of his actors’ performances.

Computer illiterate, Daniel (Dave Johns) struggles to use one to fill out voluminous government paperwork that is only accepted online, finding that nearly every aspect of the world and the failing economy has passed him by. Katie and her kids are newcomers to his city, Newcastle, because after two years in a homeless shelter, the only apartment the housing system would offer is hundreds of miles from her London home. Meeting by accident in a social services office, where each has been publicly scolded and scorned, they join forces for moral support. Daniel becomes a surrogate granddad to the kids, who are badly in need of a loving father figure.

In the midst of endless and frustrating bureaucratic nonsense, Loach pulls emotion out of thin air. Katie’s visit to a food bank, where hunger causes her to rip the top off a can of pasta sauce and attempt to lap it up from her hand, is heartbreaking when she breaks down sobbing in humiliation, red sauce smeared on her face and hands. Ultimately, “I, Daniel Blake” is a tragedy, but Daniel has his fleeting moment of triumph. Defacing the façade of the welfare office with his demand for a hearing, he attracts a raucous, cheering crowd. It’s an archetypal Loach moment of soaring hope, as the underdog finds that he is not alone. 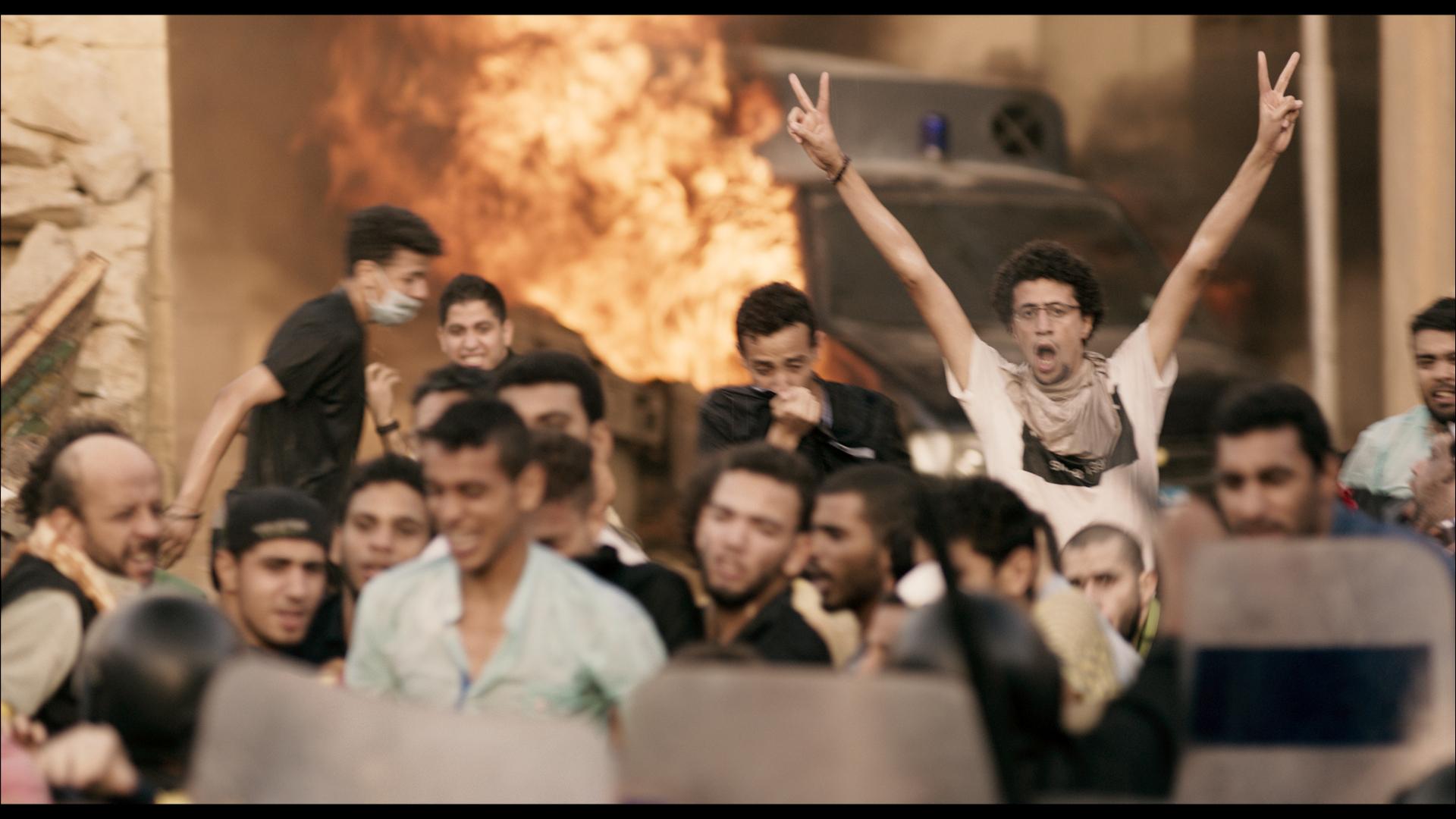 The Un Certain Regard section of the festival opened today with “Clash” by Egyptian director and political activist Mohamed Diab (“Cairo 678”). “Clash” is only his second feature, and the first to be presented at Cannes. The film is based on violent 2013 Cairo protests against the country’s new president Mohammed Morsi, pitting revolutionary factions, the Egyptian military and members of the Muslim Brotherhood against each other. It’s a chaotic, violent film, and yet one that has the stultified feeling and predictable rhythms of a one-set stage piece.

Two journalists, an Egyptian-American writer and his photographer, are beaten up by soldiers and thrown into an armored van with barred windows. Calling for help, they attract a crowd that begins to stone them through the windows. A number of those protesters, including a couple and their adolescent son, a religiously conservative father and his veiled teenage daughter, a neighborhood Muslim Brotherhood organizer, and two twenty-something buddies, are rounded up and tossed in also, where fights among the feuding factions break out.

Outside, mob action and murderous chaos rage on every side. Innocents are shot, tear-gassed and beaten, and a sniper is apprehended and kicked to death by soldiers. Meanwhile, the little band of assorted types and stereotypes confined inside the van bicker, fight, hurl insults at each other, and divide into hostile political factions within the constricted space. All sense of shared humanity is increasingly lost despite the occasional respite. The film’s promo description asks the question, “Can the detainees overcome their differences to stand a chance of survival?” The film’s pessimistic answer is no.