Motherhood and combat are at the center of José Luis Rugeles' "Alias María,” a Colombian entry in the Un Certain Regard sidebar at Cannes. Set amidst a violent conflict between a right-wing militia and a group of leftist guerrilla warriors (referring to each other as “comrades”), the film tells a story of a young female soldier forced to take care of a baby born by another woman from the same troop—even as she discovers she is pregnant herself and tries to avoid the abortion demanded by the higher-ranking officers. 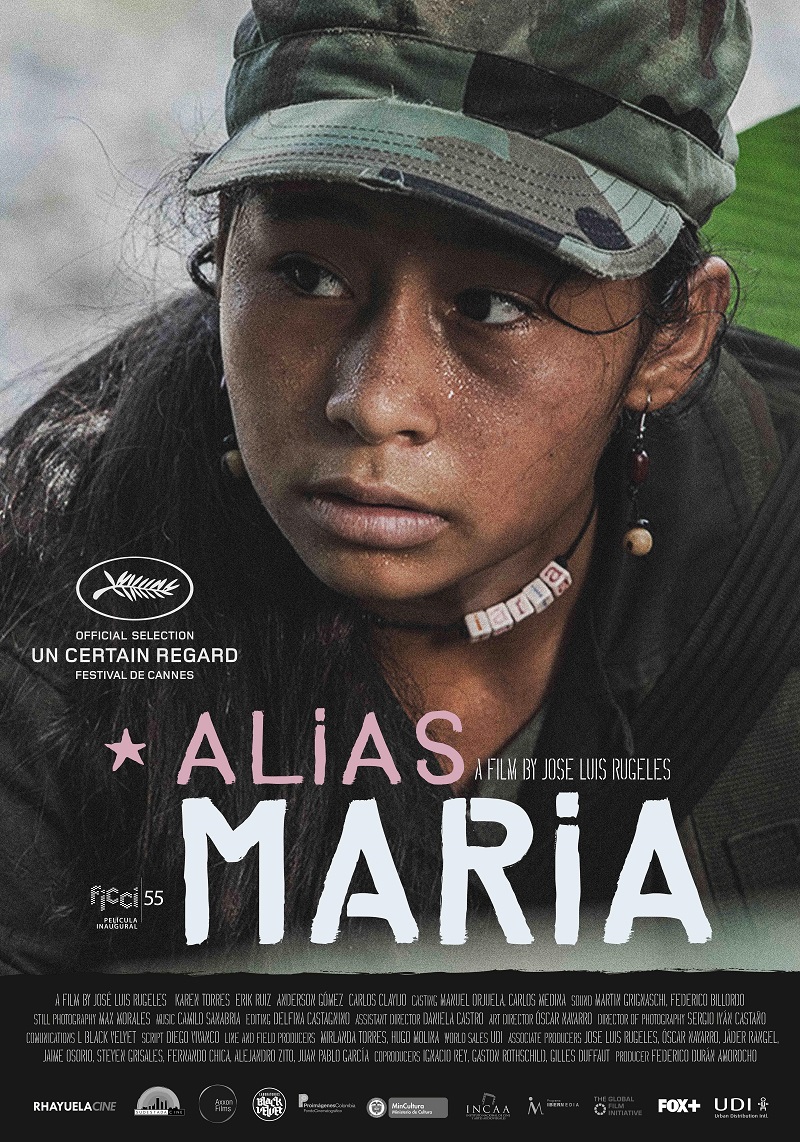 Most of the film depicts a long forest trek of María (Karen Torres) and a group of fellow soldiers, including a teenage kid. They all struggle under enemy fire and the tension mounting between them becomes as palpable as in the best combat movies, from “Bataan” onwards. The style of the film tries to make the audience experience the physical surroundings of the forest in all their aural and visual intensity. Close-ups of marching insects abound, mirroring the images of the characters soldiering on despite all adversity. At times, musical score kicks in with cues that are a bit too generic and persistent, but overall the film provides a convincing immersion into the brutal world of its characters.

The constant presence of the baby infant, carried through the forest by María and sheltered by her from adverse conditions and swooshing bullets alike, is what makes the film truly memorable—we are not accustomed to seeing babies in war settings. Here, just like in James Cameron’s “Aliens,” a female soldier is doubly tested by the demands of the battlefield and of nurturing an infant, which doubles our emotional investment in what we see.

The titular character is mostly silent; we don’t get to hear her concerns, or even learn what pushed her to join the guerrilla troops in the first place. María is far from fearless—there’s a strong sense of constant anxiety governing her every action, and the concern she has for the baby never leaves her tense, unsmiling face. Upon learning that the brutal male officer wants her to have an abortion in order for her to keep on fighting, María stands up for herself and starts a struggle that drives the rest of the film, right up to its desperate, defiant last shot..

The film is by no means perfect—the situation of military conflict is barely sketched and could use some fleshing out, as could some of the supporting characters assisting María as her fellow-soldiers. Still, there’s a raw power to Rugeles’ vision that’s difficult to shake off, as well as honesty that makes it stand out in the festival onslaught of highly calculated fare. By the end of the story, María is all the stronger for the adversity she fought against and the care she offered to the baby amidst military mayhem. What we are left with is an image of a woman gaining self-knowledge and developing courage in a way that’s often understated but nevertheless powerful. In a word, the movie would make for a perfect double bill with “Mad Max: Fury Road”.