Politics aside, the French have a lingering passion for all things American.  The fact that jazz is the only music ever played over the Palais sound system before a film begins is one indication. The sounds of Motown and other classic American pop blast at top volume nightly during the red carpet entrances. That "The Homesman," directed by and starring Tommy Lee Jones, is a story set in the iconic landscape of the American frontier may be one reason the festival selected it for competition. The other may be securing the red carpet presence of Jones, a past festival winner for Best Actor, and Oscar winners Hilary Swank and Meryl Streep, because Cannes also loves American stars.

"The Homesman" is a pioneer fable with an intended feminist edge. The film proffers the prospect of romance, and suggests redemption, but delivers neither. Swank plays Mary Bee Cuddy, a self-sufficient, 31-year-old spinster farm owner on the desolate Nebraska prairie. Three young married women in her small community go mad over the course of a hard winter, and Cuddy is elected to convey them into the care of a churchwoman in relatively civilized Iowa, making the weeks-long perilous journey by mule wagon. George Briggs (Jones), a pragmatic and rascally claim jumper, is beholden to Cuddy and becomes attached to the party under unusual circumstances. 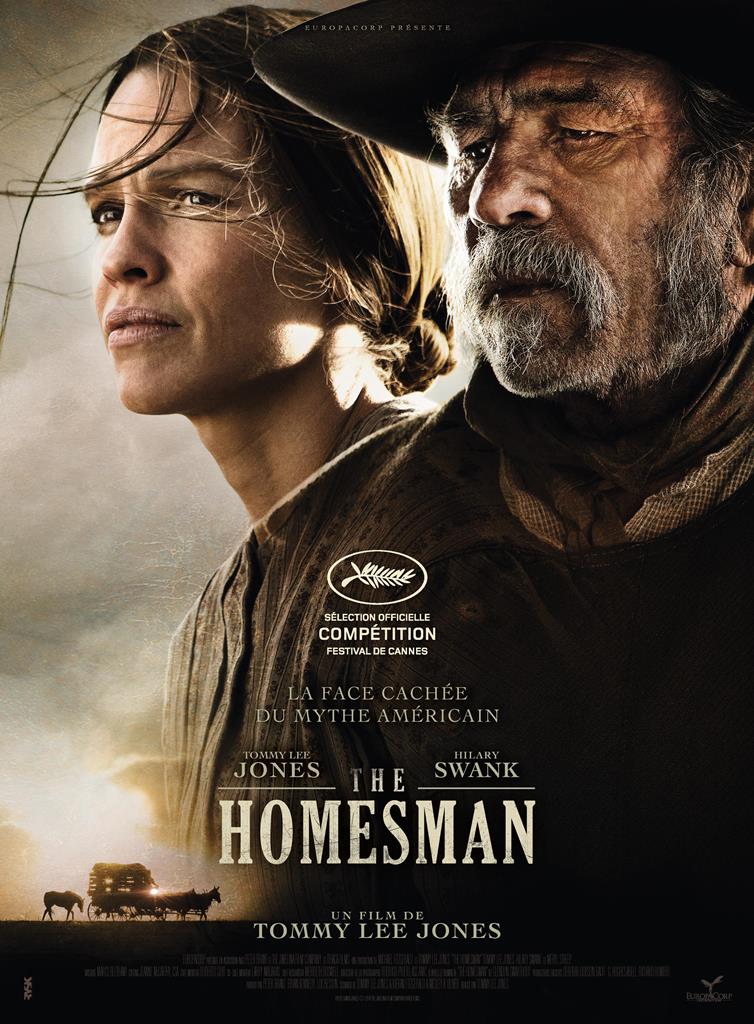 By virtue of its story, "The Homesman" reignites complicated questions about the place of women in cinema that jury president Jane Campion touched on at the jury press conference. It’s a simplistic generalization but one that represents some significant element of truth to say that at Cannes, men have traditionally been the "talent" and women the window-dressing. Things are changing, but women directors here are still the oddity. Campion represents one of the few heroic ones who made it into the boys’ club.

When a character early in "The Homesman" gives Mary Bee a sendoff on her mission by declaring her "as good a man as any man hereabouts," she becomes the heroine of the movie by virtue of being made an honorary man. As a woman, she’s deficient in one area. Despite owning a house, barn and prosperous spread, while her less fortunate neighbors live in sod huts, she doesn’t have a man to call her own. Prospective suitors reject her as "bossy." This is a source for some of the film’s ironic comedy and its seeds of tragedy.

The women who comprise the norm in "The Homesman" are the stay-at-home wives or the three madwomen who couldn’t hack the hardship of life on the prairie or the abuse of their men. They’re all more or less props in the service of the plot, making Swank’s Mary—tough, resilient and fearless—the anti-norm.

In the film’s press kit, Tommy Lee Jones states that he set out to explore the female condition in the 19th-century American West in "The Homesman," "because I think it’s the origin of the female condition today." Hmm...so we have the spinster/failed woman/honorary man who gets to be exceptional vs. the regular women who stay put or go mad. Is there a metaphor for Cannes in that narrative?