Cannes' weather seems bent on disclaiming its famed gorgeousness: This morning, it was pouring so hard I was nearly shivering when François Ozon’s competition entry unspooled in the Grand Théâtre Lumière. “Young & Beautiful,” starring the appropriately cast newcomer Marine Vacth in the title role, is an examination of bourgeois morality, focused on a well-off teenage girl discovering prostitution as means of both making extra money and having dangerous fun.

Ozon (best known from "Swimming Pool" and "8 Women") has always been heavily influenced by Rainer Werner Fassbinder, and the new film provides further evidence of that. Cool on the surface and seemingly conventional in its narrative, "Young & Beautiful" is in fact deeply subversive, questioning everyday notions about sex and the institution of marriage. The film takes the longest time defining the main character’s motivation, though, and it isn’t until the middle section — when the shocked reaction of her family is played as a comedy of manners — that the whole thing comes together. A late appearance of Charlotte Rampling as a widow of one of Vacth's clients serves as a subtle last-minute game-changer and is one of the most delicate scenes I have seen in this year's competition so far.

Meanwhile, Jay Gatsby lives on! “The Bling Ring,” directed by Sofia and co-produced by two other members of the Coppola clan, examines the same fascination with money and celebrity that made Nick Carraway attend party after party at his rich West Egg neighbor’s place. This time around, the setting is contemporary L.A., and the wannabes are a bunch of spoiled kids dying for media recognition and proximity to stars. 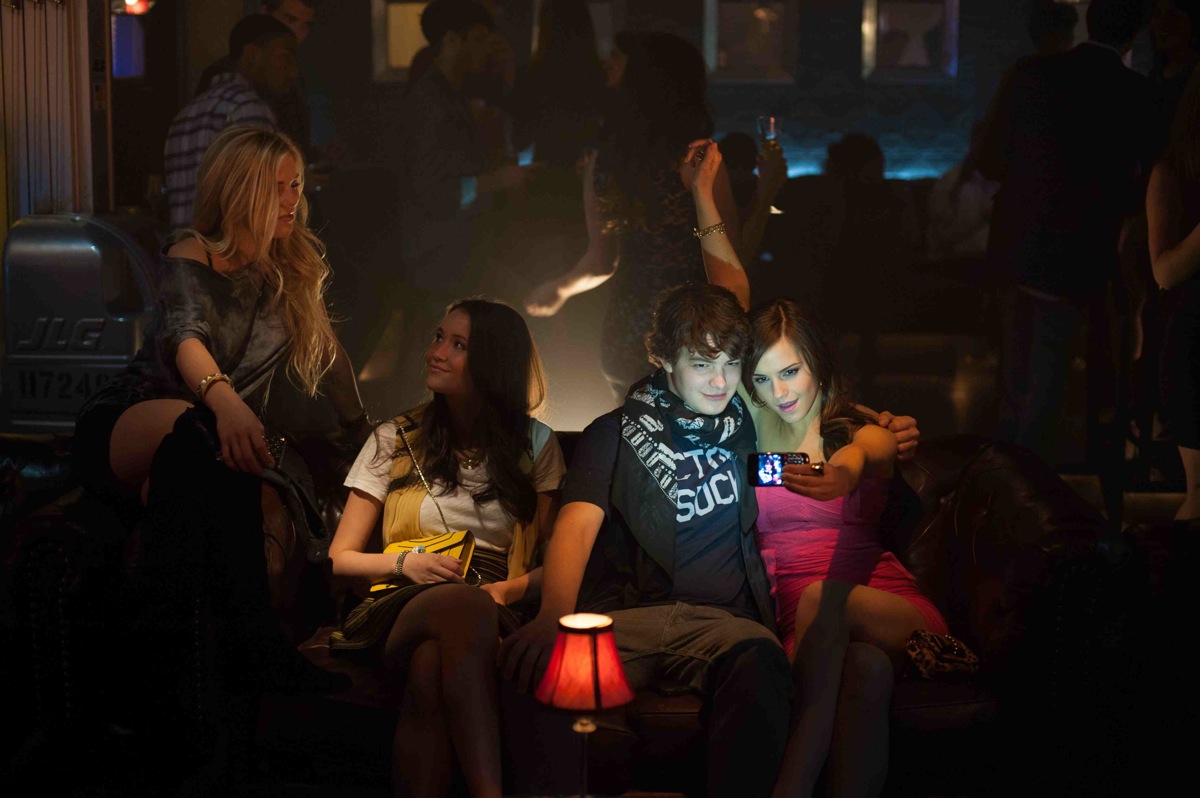 The gang starts breaking into celebrities' houses in Hollywood, learning of planned absences online and ransacking the places in search of luxury goods. Stealing, though, is almost secondary to the basic impulse to touch and handle things that belong to modern saints of the entertainment heaven. “Oh my God, she has so much stuff!” is the most repeated line, with the ubiquitous “Wow!” serving as a reverential prayer.

Sofia Coppola has often been praised as a director with a knack for portraying pretty surfaces. "The Bling Ring,” however, is so superficial it barely shows anything else. Given the lingering shots of designer clothes and jewelry, as well as the totally repetitive structure of the film (it’s just heist after heist after heist), the film is surprisingly sanctimonious and critical of the characters’ infatuation with glitz and fame. The satire is so savage and blunt it feels like hitting a single note for 90 minutes and makes the movie all but fold back on itself in the process.

What we get is, in fact, a feature recreation of a gossipy TV special, with reenactments and head-on “interviews” aplenty. This strategy prevents the movie from ever raising above the fluff-level it seems to be criticizing so severely. The characterizations are paper-thin and often malicious towards the characters, presenting some gang members as mere caricatures.

It seems that the real fascination Coppola was hoping for is in the name-dropping and cameo appearances by the real-life victims of the actual gang (the exploits of which were described in a Vanity Fair article). The film doesn’t even bother to go into more mundane details of the case, such as the complete lack of alarm systems and the surreal ease of every single break-in. For an hour and a half, it offers a fantasy of invading rich people’s dwellings and basking in the reflected glow of their wealth. I would mind the movie much less if the title was gutsy enough to hint at the filmmaker’s real intention, and read simply: “Sofia Coppola’s Celebrity Home Tour.”