Just up the mountain from the famous Egyptian Theatre on Main Street in Park City, Utah, a different kind of film festival unfolds parallel to the world-renowned Sundance Film Festival. As red carpets unfurl at the Eccles and the Library Theatres, independent filmmakers gather in the Treasure Mountain Inn for the Slamdance Film Festival. Going into its 22nd year, Slamdance prides itself on presenting a diverse array of truly independent films from all over the world. Notable premieres of the past include “Paranormal Activity,” “The King of Kong,” “Copenhagen,” “The Dirties” and “Following,” Christopher Nolan’s debut. There are a few notable names in this year’s films, including the Penn Jillette-scripted “Director’s Cut,” but the majority of the films are made by and star unknowns who hope to become knowns by the time everyone descends from the mountain.

Watching most of the Slamdance slate this year in advance, I found the documentary program more interesting as a whole. Over the last few years, as documentary filmmaking has become even more robust, independent filmmakers have been confidently exploring fascinating subject matter, from capturing the outliers of human behavior to finding the commonality between us all. The best film of Slamdance 2016 that I’ve seen is Angela Boatwright’s “Los Punks: We Are All We Have,” a chronicle of the backyard punk scene in South Central and East Los Angeles. At night, teenagers who may otherwise have nowhere to go take over backyards of L.A., turning them into mosh pits of celebrated individuality. People are encouraged to be themselves, supported in ways that their families never considered, and given the freedom to rock. It’s an effective piece about how art not only comes out of a community but often ties it together. And it’s even funny at times and undeniably heartwarming. These are memorable people who capture what punk music and its scene means to them. For some, it’s saved their lives. 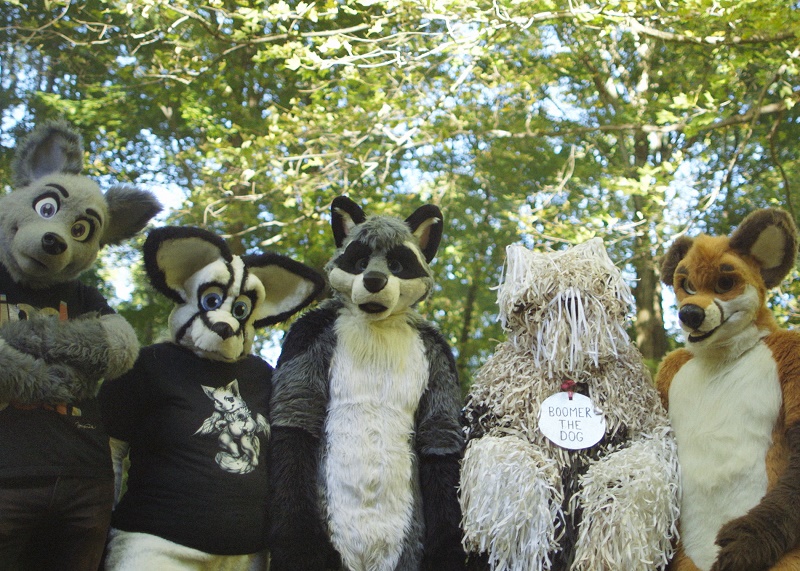 Capturing what something unique means to a group of people is also part of the purpose of the quirkier but undeniably fascinating “Fursonas,” from director Dominic Rodriguez. Called Furries, there are men and women who spend a lot of their time dressed up like animals—if you’re trying to picture it think college football mascot, complete with exaggerated head piece. Now, the public perception of the Furry, thanks in no small part to talk show appearances like an infamous one done on “The Tyra Banks Show,” is that this is primarily a sexual perversion. Men dress up like animals to add a little spice to their sex life. Of course, this is a sensitive subject for a Furry, especially most of the ones interviewed by Rodriguez, who don’t want to be seen as “weird” or “strange.” In fact, “Fursonas” is at its most interesting when it captures the extent to which the voices of the Furry Movement work to alter their public perception. I wish Rodriguez wasn’t quite so protective of his subjects as he misses a real dissection of why these people do something as extreme as make raccoon sounds or say “As I barked” instead of “As I said,” but “Fursonas” is certainly never boring. 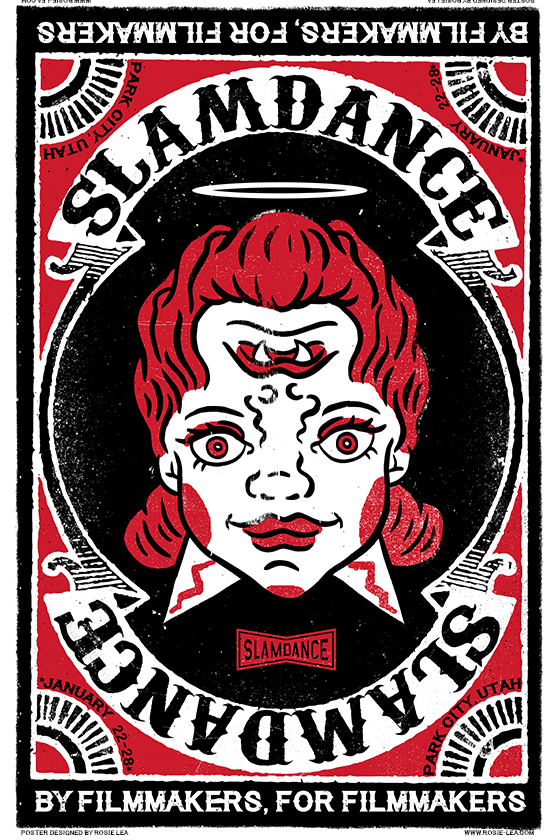 “Art of the Prank” and “Dead Hands Dig Deep” also fall into the trend of the outsider bio-doc but in very different ways. Both would have been more effective as short films (which is true of a lot of independent cinema I’ve seen at Slamdance over the years), but they certainly capture unforgettable characters. “Art” is about Joey Skaggs, a man who prides himself on being able to tear apart the media by convincing them to run stories that simply aren’t true. He earned a lot of attention when he proposed to have started a cathouse for dogs, and even more when he claimed to have a celebrity sperm bank. The number of media outlets who fall for his nonsense is startling, but that’s about the extent of the insight here, and the second half, which focuses more on Skaggs’ newest venture, isn’t intriguing enough to carry the running time.

“Dead Hands” tells the disturbing story of Edwin Borshein, the founder of a shock metal band called Kettle Cadaver. Borshein has spent his life destroying himself on stage, physically maiming himself as a part of his metal act and proclaiming his imminent death, likely at his own hand. The clear mental illness of Borshein that was once part of his art is now cause of concern on the part of those who know him. Jai Love’s documentary doesn’t quite dig deep enough (sorry) but it does present us with a character you won’t soon forget.

Character is what’s arguably missing from the two stand-outs in the narrative features section of Slamdance this year—two films with which I find myself ultimately frustrated, but two films that display a remarkable use of setting to convey tension on the part of their directors: Nathan Williams’ “If There’s a Hell Below” and Leonardo Guerra Seragnoli’s “Last Summer." Williams’ film starts with a captivating premise: a young reporter is in the middle of nowhere in what looks like Southwest America. You know those sections of the country where you see signs that say “Next Gas Station: 86 Miles.” He is there chasing a story. A woman gets into the back of his car who is deeply paranoid. As the saying goes, “Just because you’re paranoid doesn’t mean they’re not out to get you.” The two drive around this desolate landscape as she plays with revealing her Snowden-esque scoop but is hesitant to do so. You almost get the sense that if she says something revealing, they’ll both get shot in the head before her sentence is complete. Williams does an amazing job of building tension from environment, in which the only other car on the horizon could be a threat. Sadly, the final act doesn’t really work, but this is one of those “I can’t wait to see what he does next” Slamdance films.

Ditto “Last Summer,” a movie with a bit more of a pedigree and cast but similar strengths and weaknesses. Seragnoli’s film played festivals around Italy, where it was financed and set, and boasts an Oscar nominee star in the great Rinko Kikuchi. The star of “Kumiko, The Treasure Hunter” and “Babel” appears as a mother who will spend a few days with her six-year-old son on a luxury yacht before saying goodbye to him until he’s an adult. Why? It’s unclear, but what is clear is that the boy’s father is part of the 1% and he’s won a custody battle in which the mother likely never had a chance. The yacht belongs to the father, and the staff aboard have clearly been tasked with spying on this unique interaction. The water that spreads beyond the horizon serves as a fantastic setting for the story, although it too suffers from third act malaise, and it gets a bit less interesting as it goes along. Again, I like it more for what it says about future work than on its own. And, in a small sense, that’s what Slamdance is about: promising futures that extend beyond the horizon.

Find out more about the 2016 Slamdance Film Festival and get your tickets here.
Advertisement