Of all the ways poor festival planning manifests itself, one of the most curious is holding press screenings of films generating obvious anticipation in auditoriums evidently incapable of accommodating high numbers. This is a tricky science to begin with, and it’s made even trickier when a festival’s prime location for in-competition press screenings is temporarily rendered out of action due to red carpet preparations and/or public showings. When this happens, the bigger titles are relegated to smaller screens.

There have been several such instances at the Berlinale this week. The latest involved a last-minute overflow venue being announced when a press screening of Wim Wenders’ “Every Thing Will Be Fine” packed out the relatively small Cinemaxx 8—cuing a mad dash by flustered members of the press to the CineStar complex across the busy road from Potsdamer Platz. Onlookers must have been as bemused as critics finally were by the film: Wenders’ latest is a curiously acted, lazily edited misfire, in which a novelist (James Franco) slowly recovers from the trauma of accidentally killing a boy one day when driving his car. Spanning a decade, this two-hour humorless trudge through the motions suffers badly from terrible dialogue, incongruous scenes, wholesale miscasting and purposeless 3D.

This critic was among the lucky few hundred who scrambled into the tight squeeze of the second screening—though many others were turned away. Understandably disgruntled, those who didn’t make the cut will feel even more aggrieved to hear that as little as fifteen minutes into the film a number of seats had been vacated—something I’m convinced had less to do with the standard of the film than the fact that badge-wearing delegates think it’s okay to fight their way into a packed cinema at the expense of others only to drop out after checking their cell phones a quarter of an hour in. It was disrespectful to the film, to the many who didn’t make it and to the festival staff who had done such a great job in getting the cinema prepared and fully seated inside half an hour.

Whatever one makes of the unthinkable logistics that can trouble festival planners and attendees alike, there’s no denying that the Berlin International Film Festival, now in its 65th edition, generates that often elusive thing others call “buzz”. In the relative calm that finding a seat in the Wenders press showing provided, one could overhear one critic telling another that when passing the ticket desks for public screenings one morning this week, he had observed a long line of people who’d camped out, possibly overnight, to ensure a chance of nabbing entry to one of the day’s showings. It was 8am.

One of the great things about the Berlinale is that, alongside its organized press showings, industry panels and production markets, it is also a visibly public festival, with queues and busy cinema lobbies as ubiquitous as the ursine mascot that adorns those giant red banners outside each screening venue. Good thing we press get our own screenings for a lot of these films, too: if our silhouetted fingers against the upward glow of our cell phones don’t irritate you, our need to approve of every film’s final fade- or cut-to-black with exclamations of “bravo!” surely will. There’s something deeply embarrassing about such vocalized flattery—especially when the talents behind such films are seldom actually present. A hunch: such evangelizing is (and says) more about the delegate than the film, like the oral equivalent of a 140-character hot take sent out into the ether while a film’s credits have barely begun to roll.

The professional pressure for a critic to come down one way or the other on a film is particularly sharpened at a festival—especially one as premiere-heavy as Berlin. No qualms here: I’ve filed my ten reviews and counting this week inside 30 minutes to an hour after each film, and reading any of them back doesn’t leave me wishing I’d had more time to reflect, interpret or even write. What I do look forward to, once some dust has settled, is revisiting Terrence Malick’s latest opus, “Knight of Cups”. Whatever else is written about this film in the coming days (me: totally mesmerized and extremely bored), there’s the horribly nagging—not to mention rare—sense that a second viewing is required. I say this having happily claimed the worst thing about giving “Knight of Cups” another try would be having to sit through it again. Of all the films unveiled this week, though, this one has imagery rich enough to leave its competitors very discouraged indeed—and even its detractors haunted by those stunning, fleeting scenes of Christian Bale walking along a moonlit shoreline.

Another film that flaunts its imagery is “Cups”’ fellow competition entry “Under Electric Clouds”, the fourth feature by Alexey German Jr. Set in 2017, amidst the fallout of a transglobal catastrophe, this Russian-Ukrainian-Polish co-production suffers from spray-on skepticism about the world’s current predicament, manifested mostly through inane, mouthpiece dialogue and a kind of detached, anti-dramatic acting style. Unfolding over seven chapters and running for nearly two and a half hours, this bloated ode to our ever-deepening crisis is possibly the most visually beautiful film of its genre since “Children of Men”—or, if you wish to keep things familial, since “Hard to Be a God”, which German Jr. helped complete after its director, his father, died.

Marked by a half-constructed skyscraper awaiting demolition in the distance—ever the symptom of a failed economy—the sparsely populated riverbank wastelands seen in “Clouds” aren’t the sort of landscapes one would want to linger in for too long, but the zooms and tracks that entrap the film’s listless ensemble of protagonists have a wholly absorbing quality. If late capitalism continues through this death agony—as indeed it surely will—then at least its final sunsets, behind the hazy veil of a light pink hue, will warm the heart.

If one of the primary problems with “Clouds” is that German can’t seem to decide whether his film is about resigning to the planet’s fate or withstanding it (“you can lean against something only that resists” is one example of its oblique pseudo-poetry), “The Club” is an altogether more committed affair. This is not to say Pablo Larraín’s fifth feature is straightforward: far from it. But this black satire, on the means to which a corrupt catholic church is willing to go in order to protect its own, builds multiple ambiguities in its portrait of four exiled priests and a nun living out their days in La Boca, a small coastal town in Chile. Larraín’s competition entry boasts thematic ambition, directorial swagger and optical flare (the film is full of lens distortions).

Others have already described this film—from the man responsible for a trilogy of works (“Tony Manero”, “Post Mortem” and “No”) directly exploring life under Pinochet—as “deeply sacrilegious”, but there are enough moments to suggest that something even more daring is at work. It’s not just that Larraín’s band of banished outsiders have dark histories veiled over by the church: in many ways, since their misuses of power were enabled and perhaps even encouraged by this untouchably sacred institution, they are themselves victims. Such are the panoramic implications of Larraín’s allegory. Since their ages link them all to more repressive times, it’s tempting to think of “The Club” as yet another film about the military dictatorship: one that is outwardly abusive at the same time as it prepares the conditions by which it too can be challenged. 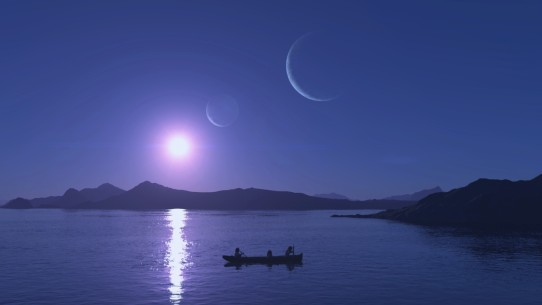 Elsewhere in the lineup competing for the festival’s Golden Bear, the political allegory of “The Pearl Button”, by Larraín’s fellow Chilean Patricio Guzmán, is more pointed. It’s as clear, in fact, as the slab of quartz with which it opens. That’s not to say the allegory is at first obvious: Guzmán’s follow-up to “Nostalgia For the Light” presents itself as a documentary about water, an element with which the indigenous Patagonians residing along Chile’s 4.2 km coastline are most familiar. Water is around us and in us, it predates us and will survive us—and it’s linked, in obvious ways and otherwise, to the stars we see from earth. But there are darker things to be said about water too: it’s along the same Chilean coastline that the Patagonians were dumped by imperialist settlers in the 19th century, and into which thousands of Chileans were thrown, dead or alive, in the years following 1973’s CIA-backed coup d’etat.

Even when Guzmán’s lateral approach risks getting carried away with itself—implying as it does that these atrocities have a somehow cosmological cause—there’s something persistently moving in his voiceover narration. And despite the idiosyncratically wider framework, Guzmán finds horror in the banal: “The Pearl Button” takes its name from the small garment fastener found attached to a rusted rail-track at the bottom of the ocean—the only trace left of the human being who was once violently tied to it. Matter-of-factly revealing how victims were fixed to these fragments of metal before being buried at sea, the film is finally a measured but inconsolable cry for all those whose corpses were never retrieved.