The rain hit the windows with fury, and the first full day of the festival started out like a morning when you want to turn off the alarm and roll over.  Workmen were draining off the dangerously sagging pockets of rain water in the clear plastic roof over the sodden red carpet as I climbed the steps to the Grand Théâtre Lumière. The banner on the front of the Palais might as well have read Girls in Trouble!  That’s what was being served up for two films in a row: “Young & Beautiful” by François Ozon, and “The Bling Ring” by Sofia Coppola.

Director Ozon has been making a film a year since 1997, and is best known in the U.S. for “Swimming Pool’ and his atypical tongue-in-cheek satire “Potiche.” His dramas most often revolve around sexual rivalry and can feature some imaginative plot twists. But that was then and this is now, and Ozon already has my vote for making the most obnoxiously sexist film in this year’s Cannes competition. 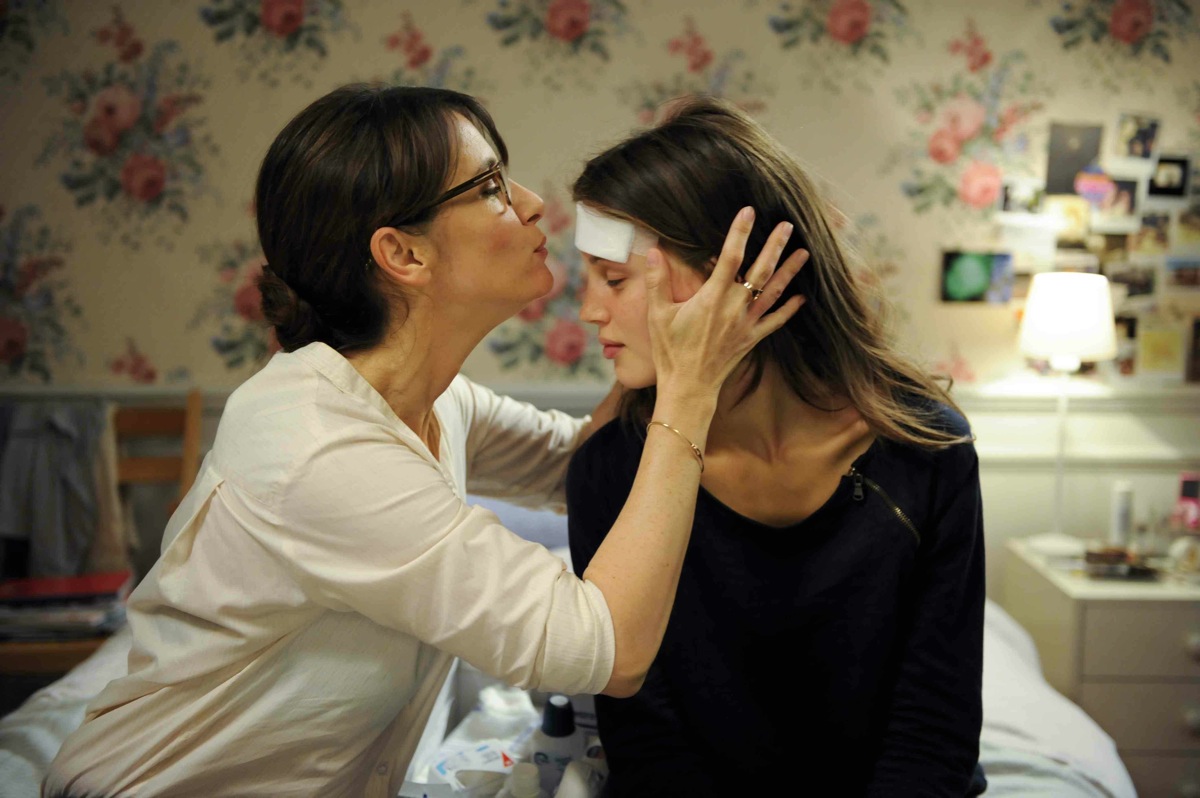 “Young & Beautiful” is a certain kind of male fantasy that seems to play out frequently in European films, many of them French films. It’s the coming-of-age subgenre Nubile Young Girl Sheds Her Clothes a Lot and Offers Herself to Men. “Young & Beautiful” is the story of a gorgeous, pouty-lipped upper-middle-class 17-year-old high school girl who decides to turn tricks in her spare time just because she wants to. She doesn’t need the money (she doesn’t spend it), and she doesn’t enjoy the sex. In fact, she doesn’t appear to have any motivation at all.

The film depicts one year in Isabelle’s life over four seasons, each section ending to a super-sappy pop song, which, in case you miss it, provides a handy interpretation. The summer she turns seventeen, Isabelle stoically loses her virginity to a boy she doesn’t even like, and has an out-of body experience watching herself from a distance on the beach. The song: “You took me and made me someone new/ Oh, yes, you turned me into what I am now.”

By autumn, although she still has time to go to school and discuss Rimbaud’s poetry, Isabelle has a full roster of clients, including one Viagra-fueled elderly regular who has kindly feelings for her. “Our two hearts are the same,” goes the matching song. In winter, she’s busted when the vice squad informs her stunned mom and stepdad. The lyric: “I used to sit in my bedroom and dream of the one who would come and take me away from my childhood.”

Ozon makes a slight attempt to flip this into a cautionary tale with a stern lecture by a police matron on the dangers of prostitution. As far as what we see on screen, underage prostitution looks pretty safe, clean, and lucrative: You wear a designer suit and strut into nice hotels where no one questions your presence or age; the clients are mostly well-heeled and polite, and it’s fast, easy work that can fit in between the last bell and school and the family dinner.

I fully expected that “Young & Beautiful” might get the festival’s first rousing round of booing, but no such luck. Immediately afterwards, a growing knot of Americans gathered around the press mailboxes to heap insults on the film. “Bring back the burning penis,” quipped one critic, referring to the most horrendous of the tortures in Wednesday night’s “Heli.”

Coppola may have potential, but in my opinion she’s still got a long way to go in terms of delivering the goods on any more than the most superficial level. She’s got a grasp of the icons and language of pop culture in her bones, and she’s got the girl-bonding thing down pat, but there’s little emotional connection. It’s bling alright, and I wish I could say it was more. 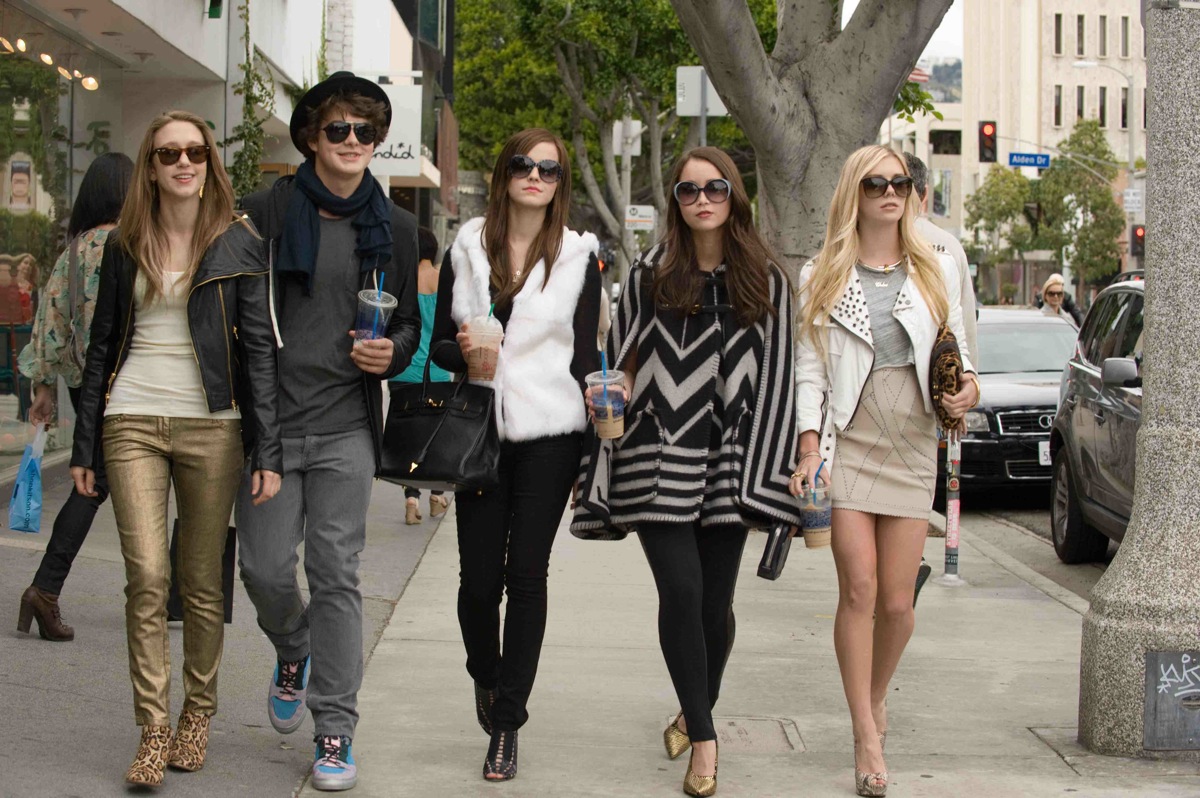 “The Bling Ring,” is fictionalized from a Vanity Fair article by Nancy Jo Sales about a band of Los Angeles teens who were eventually convicted of robbing the homes of their favorite celebrities including Paris Hilton, Orlando Bloom, and Rachel Bilson. Stylistically, the film is a fashionista’s wet dream wedded to a string of pounding music videos. The only “names” in the cast are Emma Watson as Nicki, one of the ringleaders, and Leslie Mann as her clueless mother.

The whole spectrum of celebrity-envy and the worship of designer names is explored, as the kids, mostly girls, court the notoriety that comes even through criminal association with their idols. “It’s a Birkin!” chirps Nicki with a self-satisfied smirk, as she grabs a designer bag that goes for minimum $10,000 from one victim’s closet. In an interview, Marc, Nicki’s best friend, laments that “I never saw myself as a A-list kind of guy,” but boasts of 800 new friend requests on Facebook since he was apprehended.

Coppola has mentioned that, in part, she intends the film to have a cautionary message. If anything, this is conveyed to a greater extent in the way she films the robberies rather than in depicting the legal consequences of the crimes. As the girls revel in the riches of the walk-in closets of their victims, including Paris Hilton’s real-life closets, there must have been a temptation to film these scenes with the kind of staging and lighting to show off the bling.

Filmed in low light levels with the kind of unfiltered image quality that could almost pass for a cell phone video, the pricey loot looks more like junk as it’s hauled off into the night stuffed in bags. When the thrill of the chase has dimmed, the girls treat their acquisitions like thrift shop merchandise. In fact, there’s one brief shot of them selling a table full of fabulously expensive handbags at a sidewalk sale.

The device of advancing the story by interjecting snippets from interviews with the kids comes off as awkward, only serving to fill in some narrative blanks. To my mind, the Coppola comes into her own in a more resonant way when she depicts the police raids on the family homes of the young perpetrators. Most of the kids come from ordinary middle class homes where a plastic laundry basket sits on the beige-carpeted steps to the upstairs, and bedrooms have a well-worn teen look to them. She’s got the eye for this; now she needs the heart.

Women were at the heart of “Fruitvale Station,” having its international premiere today in Un Certain regard after winning the Grand Jury Prize and the Audience Award at Sundance. Like last year’s Sundance winner and Cannes sensation “Beasts of the Southern Wild,” “Fruitvale Station” is eligible for the Camera d’Or, the prestigious Cannes prize for first or second feature. Again, like “Beasts,” this one just might do it.

“Fruitvale Station” is based on a true story of the last day in the life of Oscar Grant, a 22-year-old African-American man who was killed in cold blood by BART police in Oakland, CA, while lying face-down and hand-cuffed following a New Year’s Eve melee in a subway station. It’s Oscar’s story, but women form the support system of his life, namely his girlfriend Seraphina, his little daughter Tatiana, known as T, his sister, his grandmother, and most of all, his mother Wanda (a standout performance by Octavia Spencer).

Director Ryan Coogler has a sure and unforced way of telling the story, letting Oscar’s character come together in increments that build a winning picture of a flawed man trying to change his life against some bad odds. Oscar’s no angel, but he loves kids, especially T, and he’s got a million-dollar smile that takes him far on this New Year’s Eve that also happens to be Wanda’s birthday. He’s got a criminal record in his recent past, and hasn’t always been faithful to the mother of his girl, but he’s a man who will mourn over a dog that’s been run over, or impulsively call his grandma and ask her to give Southern cooking tips to a young white stranger in a supermarket.
Advertisement

As the developing tragedy of Oscar’s murder comes to the fore in the story, the character of Wanda comes increasingly into play as the film’s powerful moral compass. Her screen time is limited, but she holds it with a majesty and sorrow that convey everything about a mother’s pain and lost hopes in her luminous eyes.

My final film of the day comprised a radical change of pace, and “A Touch of Sin” by Chinese director Jia Zhangke (“The World,” “Still Life”) is one of the films I had most been looking forward to. Jia (that’s his surname) is a master of widescreen composition. I still consider “Still Life,” with its eye-filling spectacle of landscape one of the great films of the new millennium. 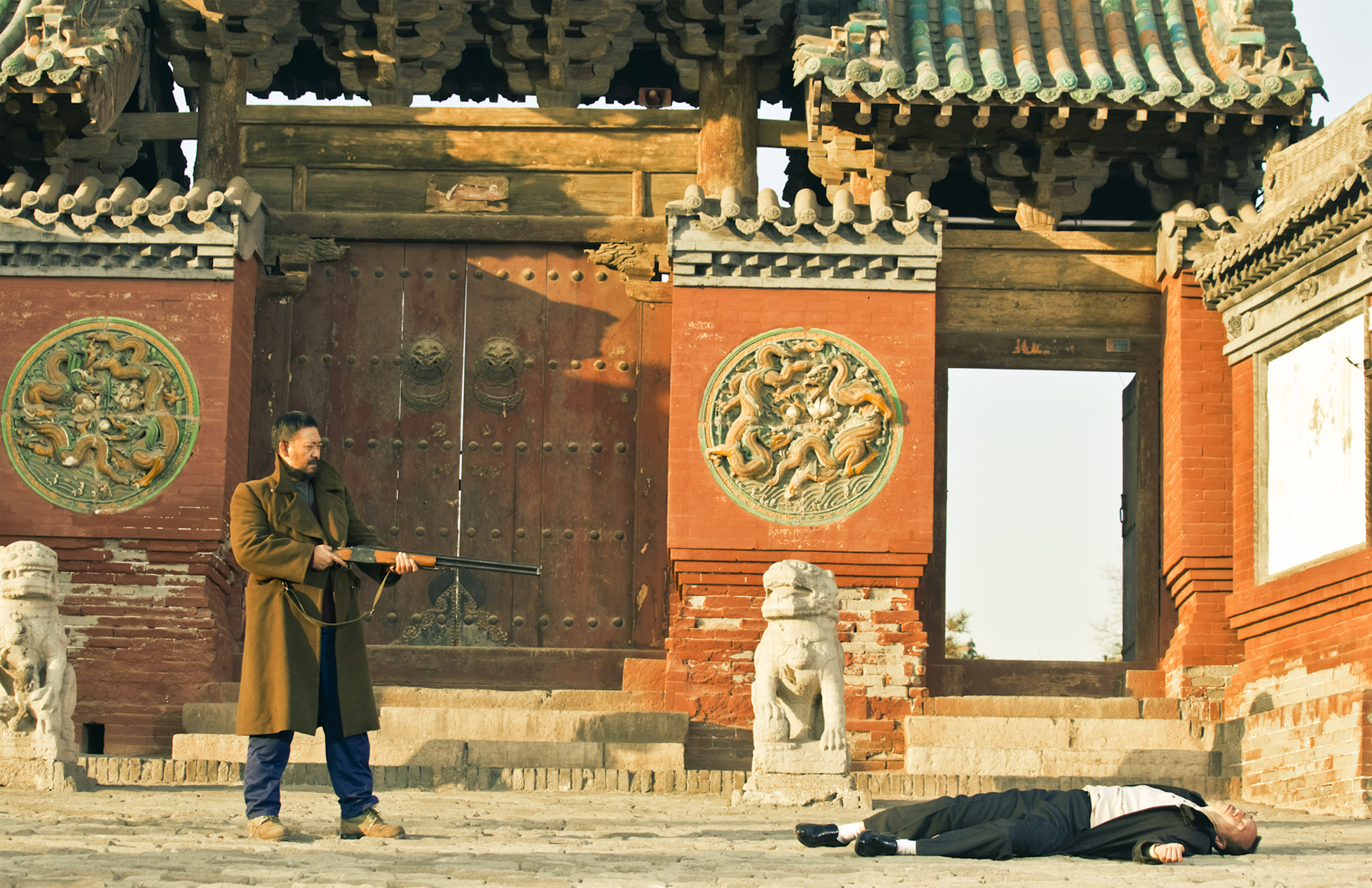 “A Touch of Sin” is a set of four stories that ultimately revolve around violent payback for real or imagined wrongs.  In the press kit, Jia cites the films of the great Hong Kong martial arts director King Hu as an inspiration, and his title is an oblique reference to that director’s “A Touch of Zen.” It’s not a connection that would have occurred to me without reading it, and, seeing as this is a contemporary drama with no martial arts, the comparison rings true only in the most tenuous and stylized way.

More obvious is the stylistic influence of Office Kitano, the production company of Japanese director/star Takeshi Kitano, one of the production entities behind “A Touch of Sin.” In the course of several audacious and murders that take place in the four stories, the deadpan acting style of Beat Takeshi is a clear reference. Many will disagree, but I would almost be tempted to call this film a black comedy, although only in the darkest and most diabolical sense.

Although the four stories sometimes leave something to be desired in the narrative sense, I remain in awe of Jia’s ability to foreground his characters while keeping all the drama of landscape and the action of street life behind them fully in play.  The ancient contours of the land and the housing blocks, factories, mines, and public works projects of the new China have an astonishing life and story of their own through his camera.