Jyoti Singh just wanted to go to the movies. Fresh off from finishing her final exams, the 23-year-old medical student was eager to have an evening of escapism in her hometown of Delhi. She accompanied a male friend, Awindra, to a screening of Ang Lee’s “Life of Pi” on December 16th, 2012. Afterward, the pair caught a bus that was populated with six men. They beat Awindra and dragged Jyoti to the back of the vehicle, where they brutally gang-raped her. Upon hearing news of this atrocity, protesters poured into streets of India, as Jyoti stubbornly clung to life, much to the astonishment of her loving parents. She died in a Singapore hospital two days later.

This horrifying story is explored with a deeply humanist eye by director Leslee Udwin in “India’s Daughter,” a documentary that is—like many selections at AFI Docs fest—difficult but essential viewing. Though the film clocks in at a mere 62 minutes, it never feels rushed or truncated. Udwin’s interviews with Jyoti’s parents paint an endearing portrait of the young woman, whose name translates as “light.” She had dreamed of being a doctor from an early age, and had asked her parents to take the money they had been saving for her wedding and devote it to her education. Her independent spirit is emblematic of a tidal wave of change spurred by her generation that threatens to pulverize India’s culture of sexism which brands rape victims with a scarlet letter of shame. To Udwin’s great credit, she humanizes the plights of the rapists and their impoverished families, suggesting how normal people could be driven to commit unthinkable acts when under the influence of socially enforced discrimination.

In a stirring Q&A following the screening, Udwin revealed that she had been raped at age 18, and was startled to feel “profound pity” in the presence of Jyoti’s convicted rapists. The people that caused her (and, audibly, the audience) to feel rage were the defense lawyers, one of whom compared women to flowers (“Put it in the gutter, and it’s spoiled. Put it in a temple, and it’s worshiped.”), while the other claims that he would set his own daughter on fire if she dared to break the same codes of morality. The fact that the Indian government has banned the film without viewing it, presumably because it makes the country “look bad,” is similar to how many Chicagoans—including Mayor Emanuel—have spoken out against Spike Lee’s “Chiraq,” currently in production, presumably because its portrayal of violence on the South Side could make the city “look bad.” Of course, what truly makes any city or country “look bad” is its refusal to take ownership of the crimes that occur within them. By presenting a series of chilling statistics prior to the end credits, Udwin makes clear that rape and the oppression of its victims is not an Indian problem but a global one (for further proof, see Kirby Dick’s “The Hunting Ground,” about rape on college campuses in the U.S.). In a single, poignantly poetic image that concludes the film, Jyoti transforms into a literal beacon of light, guiding the world toward a new era of enlightenment. 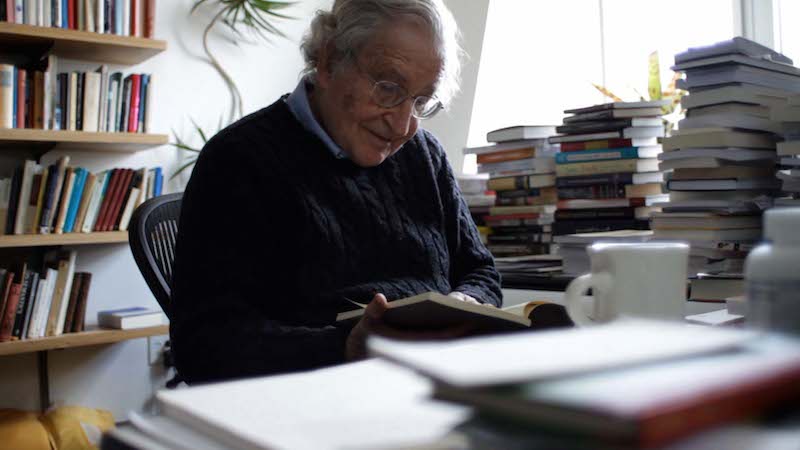 If “India’s Daughter” stands as a howl of outrage against gender inequality, then “Requiem for the American Dream” could very well be embraced as the final word on economic inequality in the United States. Watching this film in Washington D.C.’s Naval Heritage Center was a bit like watching “Food, Inc.” at McDonald’s. It’s ironic to walk past governmental shrines honoring the service of Navy veterans before sitting down in a theater to hear Noam Chomsky expound on how America is neglecting the majority of its own people—including veterans. Helmed by the directorial trio of Peter D. Hutchison, Kelly Nyks and Jared P. Scott, this feature-length lecture is comprised of what are said to be the last “long-form documentary interviews” with the formidable intellectual, who peers at us out of the darkness, looking as bleak as Michael Ruppert in “Collapse.” His ten-part argument is compelling, though it will disappoint those seeking a ray of hope, let alone a spark of one, by the end.

Chomsky’s principles of the “concentration of wealth and power” uses the prophetic beliefs of philosopher and The Wealth of Nations author Adam Smith as their jumping-off point. The vicious cycle of wealth influencing power and therefore influencing legislation is effectively illustrated in a series of episodic, easily digestible vignettes. There are shades of the Dardenne Brothers’ marvelous drama, “Two Days, One Night,” in Chomsky’s description of how corporate powers are putting the nation’s working class (or “precariat”) in direct competition with exploited workers in China. If there are any mordant laughs to be had, they are simply in acknowledgement of the grievous injustice that led the recent financial crisis to be fixed by the same people who created it, while businesses seduce the “bewildered herd” of uninformed consumers with irrational promises. “Obama didn’t promise anything,” Chomsky points out, dismantling the president’s campaign in order to expose what was, in essence, an ingenious marketing strategy. By the film’s end, the construction scaffolding currently covering the Capitol Dome looks less like a sign of restoration and more like a metaphor for the present state of American democracy. 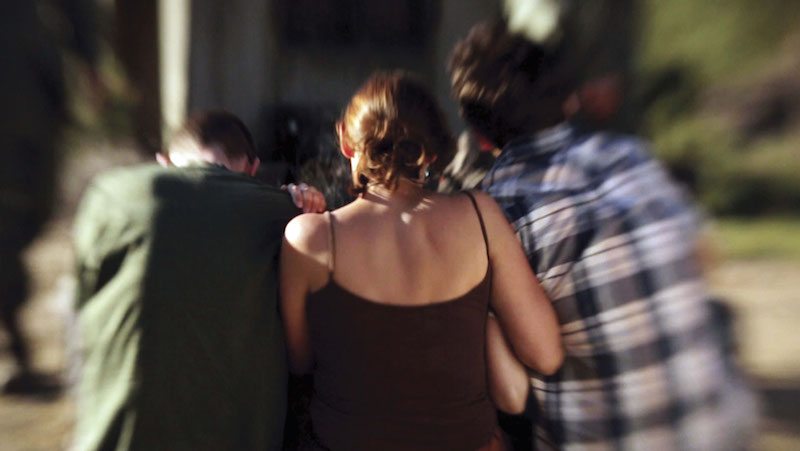 After these two screenings, I was in need of some uplift, and was pleased to have my first full day of film viewing at AFI Docs fest end with the world premiere of Natalie Avital’s “The Three Hikers.” Though the film recounts a tense tale of excruciatingly prolonged detainment, it has moments of disarming humor and a tear-jerking finale set to the tune of Snow Patrol’s “Open Your Eyes,” which was enough to enliven my spirits. Though they were widely known as “the hikers” who mistakenly crossed the border from Iraq into Iran in 2009, Avital’s film details how these three young Americans—Sarah Shourd, Shane Bauer and Joshua Fattal—were, in fact, critical of their own nation’s government and sympathized with the Iranian revolution, which make their subsequent imprisonment all the more ironic. Held hostage for reasons that were purely political, these friends were smart enough to see through the exaggerated “theatrics” utilized by their captors to induce fear, and found ways to pass the time without losing their sanity. In solitary confinement, Sarah would focus intensely on maintaining the cleanliness of her cell, while Shane and Joshua had the benefit of one another’s company, and would play chess by poking pieces of cardboard through a radiator.

Where the film occasionally falters is in its reenactments, which come off like B-roll footage from Jon Stewart’s “Rosewater,” and—while reportedly authentic—rely far too heavily on racking focus to convey a sense of disorientation. Yet Avital does a fine job of portraying the dynamics of the families back home, as they spend over two years on pins and needles, working tirelessly to aid in the release of their children. There’s an especially riveting moment when Shane’s sister, Shannon, films her own reaction to the latest setback in her brother’s struggle for freedom, and suddenly finds herself speechless. As the camera holds on her face, Shannon conveys the agony of her heartache in ways that words could never adequately express. It’s in added beats like these where “The Three Hikers” shines the brightest. I must admit that seeing a film like this with two of its subjects in attendance is a special privilege that transcends film analysis. When Fattal and Sarah’s mother, Nora, materialized for a post-film Q&A, they earned a well-deserved standing ovation, and I considered myself honored to be among the applauding crowd. AFI Docs Director Michael Lumpkin told me on opening night that the appeal of cinema lies in its status as a “collective experience,” and I couldn’t agree more. Just as seeing films in theaters heightens the moviegoing experience, seeing films in festivals like this one certainly heightens their collective power.