Director Kirby Dick & Producer Amy Ziering follow up their award-winning “The Invisible War” with another incendiary, shocking, infuriating masterpiece, “The Hunting Ground.” Again, they tackle an institution that has engendered a climate in which sexual assault has nearly become normalized, an expectation on certain college campuses. Over the next year, over 100,000 women will be sexually assaulted on college campuses. As disturbing as the actual crimes are, Dick & Ziering point a righteous finger at the administrations that know their campuses live up to the title of this film for young women and yet they do nothing in the pursuit of the almighty dollar. Our institutions of higher learning are often sacrificing the safety of the children who go there in order to quash statistics that might hurt enrollment. It is an infuriating reality that “The Hunting Ground” exposes. I was rattled watching it, finding it hard to catch my breath and harder still to imagine how many people are in positions of power who have heard these stories so many times and turned their backs on victims.

It is a bit of a cruel joke that Dick & Ziering open their film with home videos of high school students reading their acceptance letters to the tune of “Pomp & Circumstance.” And yet it’s appropriate because it sets up a very vital theme in “The Hunting Ground”—that of the wide-eyed, optimistic teenager who really just wants to get an education but has been sold a false bill of goods about their own safety. Lest you think any of this might be exaggerated for cinematic impact, the filmmakers pepper their entire film with jaw-dropping facts. 16-20% of undergraduates will be sexually assaulted. Even more won’t report it for fear of falling into the category of a victim or having to deal with an administration and society quick to blame the victim. When one rape victim reports that the administrator to whom she reported the crime compared rape to a football game—“what would have done differently in the game?”—I literally wanted to start screaming. And that’s what Dick & Ziering want. We should be screaming.

The stats continue. In 2012, 40% of all colleges reported no sexual assaults. If there’s anyone out there who actually believes that 2 out of 5 college campuses in this country actually had no sexual assaults that year, I’m impressed you know how to use the internet. What is actually happening is a very careful protection of the brand name that is a college reputation. And it’s happening everywhere. Even at a place like Harvard, people are asking questions like “Why didn’t you fight him?” At the University of Virginia, they had ZERO expulsions for sexual assault in the same time period that they had 183 for cheating and other academic violations. Expelling cheaters looks better to check-cutting parents than telling them that their child may not be safe. And this environment of denial allows for repeat offenders, who commit an average of SIX assaults. In some cases, they are literally given sanctuary in athletic facilities. Campus security at Notre Dame cannot contact athletes for any reason, even if a rape has been reported.

As a director, Dick knows how to build a case, intercutting interviews with statistics that portray an epidemic, a crisis, a serious problem for all Americans of all ages. Most importantly, they empower the victims, giving them a platform from which to speak that the institutions that they supported through attendance and tuition did not. And they focus most of their energy on two young women from North Carolina—Andrea Pino and Annie E. Clark—who were raped on their campus and turned their stories into rallying cries for change across the country. Just as they did with Kori Cioca in “The Invisible War,” the directors present true heroism in Pino and Clark, two people who stood up for victim’s rights and ended up revealing the depth of a problem that I don’t think even they knew was so widespread. “The Hunting Ground” could have been a series of disturbing statistics and personal stories, but the directors know that it is the survivors who are trying to enact change who will inspire viewers to support the action needed to make it so.

The structure of “The Hunting Ground” gets repetitive but that’s by design and Dick does an admirable job of subtly moving through different aspects of the issue from the lack of institutional response to the frat system to the athletic program, even spending a notable amount of time on the Jameis Winston story and Florida State’s disturbing response or lack thereof to the accusations against the soon-to-be NFL player. Whether or not you believe Winston’s accuser is not the issue—although his fans and those of the program he led to glory will see it that way. No, the issue is that victims are presumed to either be a contributing factor in the crime or dismissed altogether, especially when the accused is a superstar athlete. Until that changes, until we value a victim’s story of sexual assault above all else—institutional pride, tuition cost, legal complications, athletic prowess—our children will never be truly safe. And if our children aren’t safe, how can you not be angry? 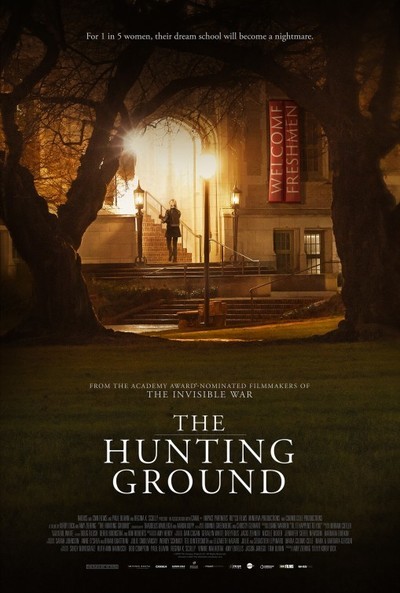