'Twas the Night Before Pogo 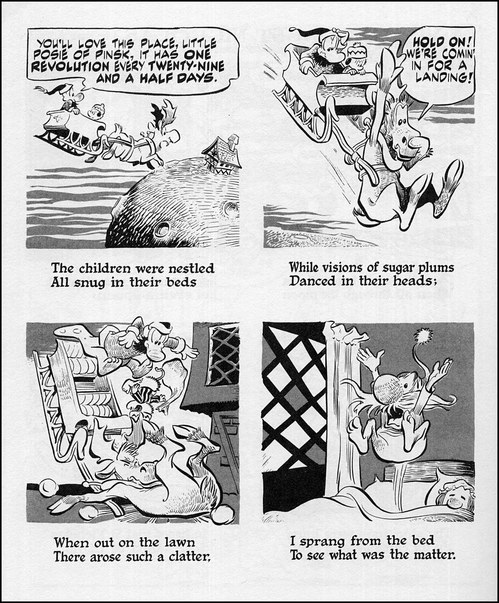 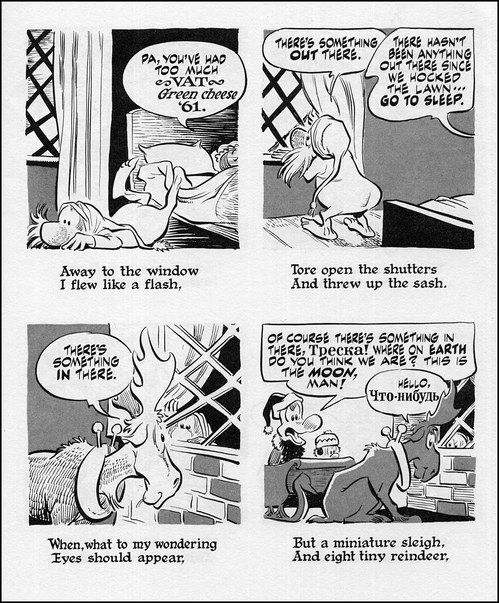 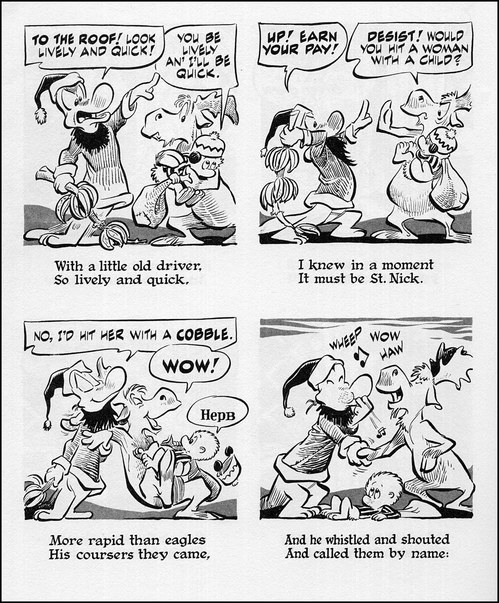 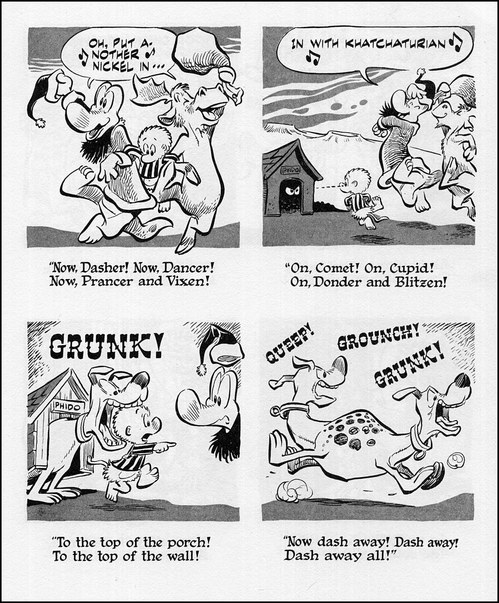 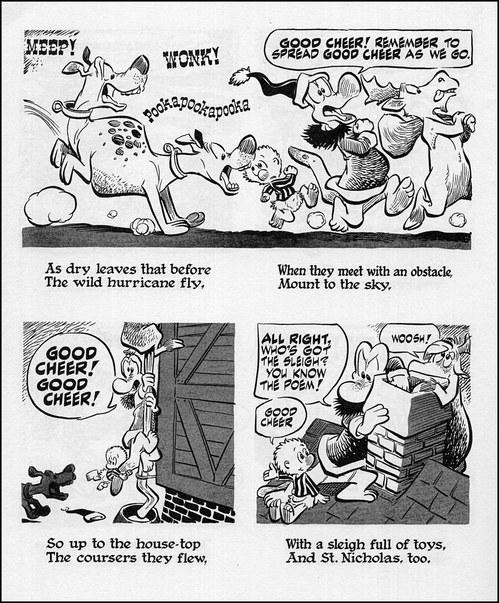 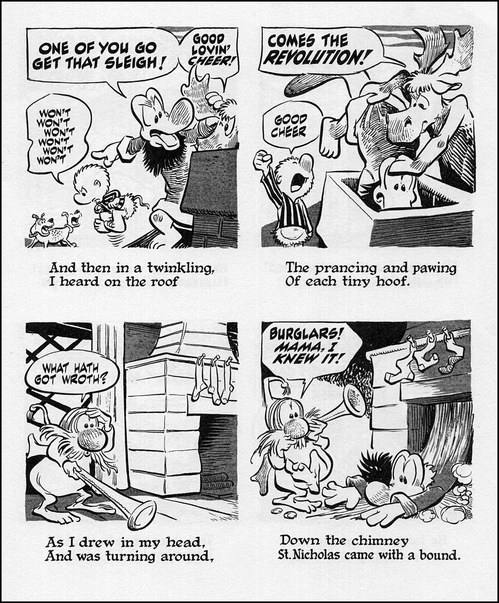 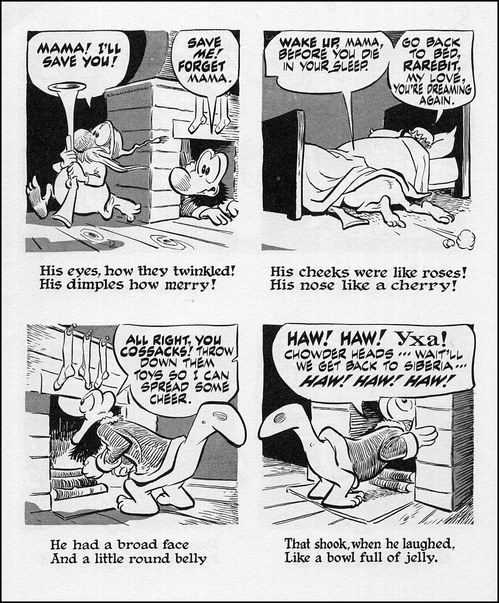 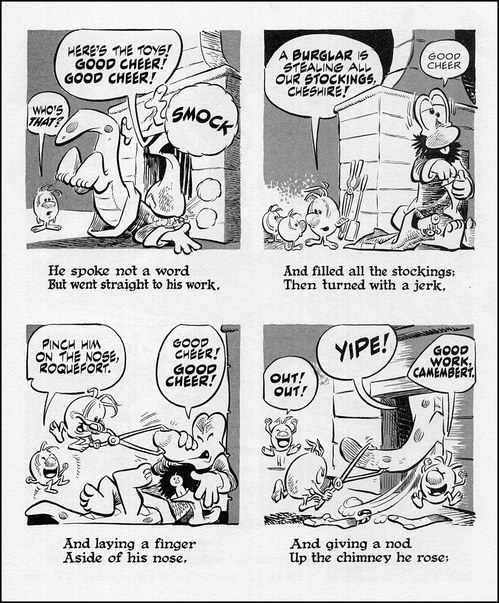 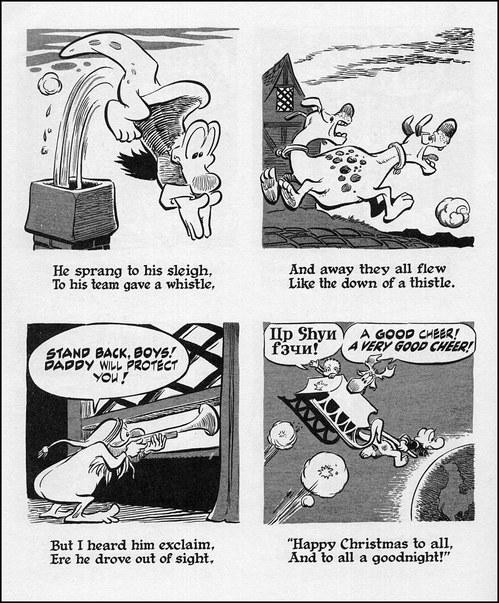 Walt Kelly was the greatest daily comic strip artist in American history. His Pogo strip was an uncanny mixture of laughter, high spirits and swamp intrigue, mixed with pointed political satire. His thinly-veiled villain based on Sen. Joseph McCarthy was one of several characters with political overtones.

Before, during and after my days at The Daily Illini, Pogo was the only strip we carried.

I met Walt Kelly once. He invited a group of visiting editors of college newspapers to join him in the big round booth at the front of a bar very close to the New York Herald-Tribune, where Pogo was one of the mainstays, including Jimmy Breslin, Tom Wolfe, Judith Crist, Clay Felker and others. He was a very nice man.

This material is copyrighted by the Estate of Walt Kelly. It has been posted on the web.

Visit the official site at PogoPossum.com.