It has taken far too long for networks and the press to fully recognize that a television program can be a "hit" even if audiences don't watch it live. The time when overnight ratings should determine the popularity of a show ended years ago. When J.J. Abrams' "Almost Human" debuts on Fox on Sunday night, after months of build-up and anticipation, executives like Will Somers, Head of Network Research, will still be interested in the numbers the next morning, but he is fully aware that the story of success or failure is only in its first chapter the next day. With On Demand services and DVR usage making up an increasing portion of the viewership for every network, the concept of Time Shifting—watching a program at a time other than its initial airing through DVR or On Demand services—has become essential to the networks. In particular, the network's "Sleepy Hollow" has become arguably the first mega-hit of the Time Shifting era, often more than doubling its overall numbers in the 30 days after an episode airs. While advertisers may never fully warm to the idea of viewers fast-forwarding through their ads, forward-thinking networks have finally turned from a model in which people talk around the water cooler the next day to one where they promote via social media for the next thirty. 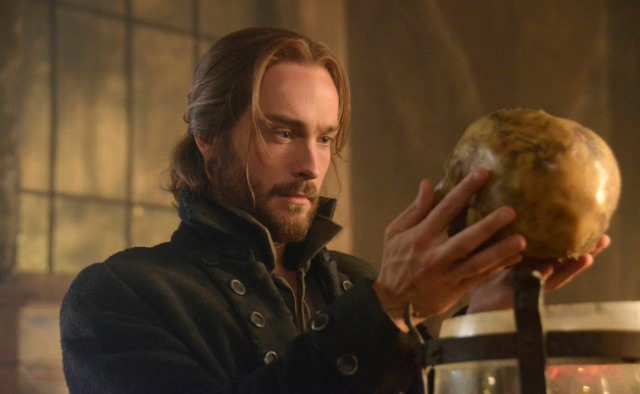 "Sleepy Hollow" was a hit in overnight ratings when it first aired but nowhere near the success it has become when other metrics are factored in. As Somers tells me, "the premiere drew a total audience of 12.7 million viewers, but 30 days later we saw that that total audience had grown to more than 26 million based on a consolidated metric encompassing linear TV, on-demand, and streaming." And the trend of massive growth when other platforms were included continued over the next few weeks for this incredibly bizarre but increasingly engaging show. For the third episode, airing 9/30/13, 10.4 million people watched "Sleepy Hollow" live, but another 5 million hit play on their DVR over the next seven days (a key figure for advertisers known as Live+7 in that commercials for time-sensitive subjects like film releases, for example, get less value after seven days.) Add in 2.6 million streaming views on VOD services like Hulu and Fox Now, and "Sleepy Hollow" is a smash hit. While live numbers have dropped over the last few weeks (7 million for the 11/11 episode), it's clear that those don't have the significance they once did. (Data source: TV by the Numbers.) 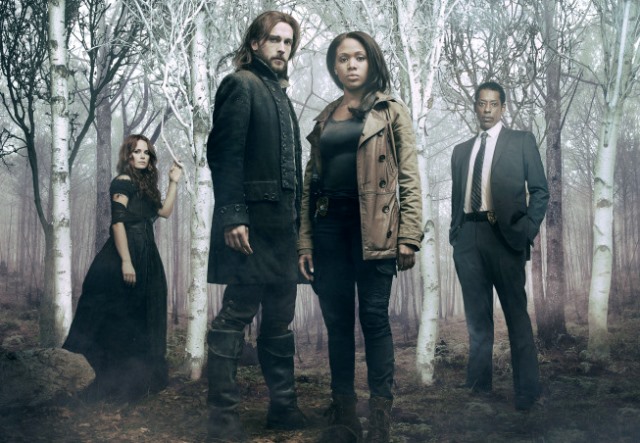 Time Shifting used to be a secondary concern for the networks. Get the live numbers to sell to advertisers and the rest is gravy. That's not the case anymore. Networks that are going to succeed in today's market have to embrace new viewership patterns, including the ones engendered by services like Netflix, which encourages watching multiple episodes in a row. "In fact," explains Somers, "we negotiated with our MVPD partners to ensure that all of our new series this season are "unlocked" on Fox Now and Hulu so that fans have multiple opportunities to catch up if they missed an episode and so that new viewers can check out the shows. Whether it's referred to as "binging" or "stacking," some viewers have adopted the practice of watching multiple episodes at a time, and it's good business sense to satisfy consumer expectations."

It makes the job of a network executive or TV showrunner much more difficult in that it may take time to determine the long-term viability of a program. And it's too soon to say how live ratings influence Time Shifting numbers and vice versa. It's not like no one is watching "Sleepy Hollow" live and it would be hard to believe that already-cancelled new programs like "We Are Men" or "Welcome to the Family" simply weren't given time over time shifting metrics. "Ultimately, viewing is going to accrue to the popular shows across the platforms on which they're available," Somers offers. "A clear hit will be a clear hit no matter what, and an outright rejection of a show is pretty obvious when it happens—it's the shows that fall in between that are trickier to evaluate in today's environment." 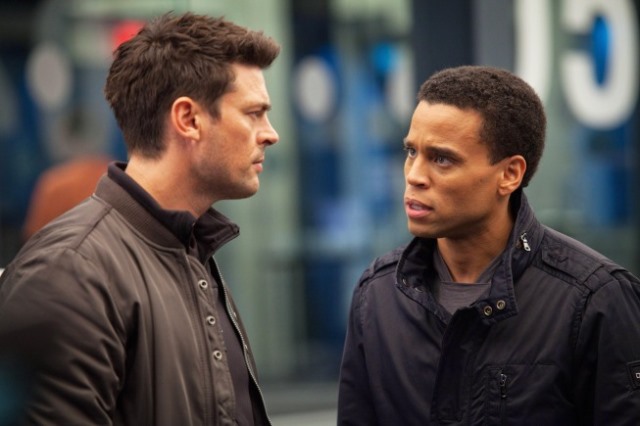 Which brings us to "Almost Human," premiering on Sunday night with a two-part debut, the first hour of which is directed by the great Brad Anderson ("The Machinist," "Transsiberian") and produced by J.J. Abrams. Starring Karl Urban ("Dredd"), Michael Ealy ("Think Like a Man"), Lily Taylor ("The Conjuring"), and Minka Kelly ("Lee Daniels' The Butler"), "Almost Human" is easily one of the most highly-polished new programs of the year. The action crackles like you wish it would on "Marvel's Agents of S.H.I.E.L.D." and the chemistry between the two leads has the energy to keep viewers coming back. It's a simple set-up – "Blade Runner" meets "Lethal Weapon." Urban plays the future cop on the edge that is set up with a new partner who is part-machine, played with incredible charm by Ealy. It's admittedly overheated in a B-movie way but it's engaging in a manner that most new network programming has failed to be—it's fun.

Will "Almost Human" be a hit? It feels like no one will know for sure right away. I'll admit that it's the kind of show that one will be tempted to "stack": Save up episodes in the DVR and binge on as they have likely been doing with "Sleepy Hollow," a show that undeniably works better if you can get into its twisted sense of humor and bizarre aesthetic across multiple episodes. Perhaps that's why the network delayed the premiere and expanded it into two episodes instead of the planned one-hour premiere (only the first hour has been available for review, so my apologies if the second half isn't as much fun). Fox is recognizing that it's not just when people watch TV but how that's changing and they're no longer putting their heads in the sand when it comes to On Demand and DVR usage. The other networks better do the same.