"The Death of Adulthood in American Culture": A sprawling, must-read piece from The New York Times critic A.O. Scott, in which he responds to Ruth Graham's controversial Slate article, "Against YA," claiming that adults should be embarrassed for reading children's books. Related: At Salon, Andrew O'Hehir pens a rebuttal citing "our economic transformation" as a missing factor in Scott's argument.

“The widespread hunch that ‘Mad Men’ will end with its hero’s death is what you might call overdetermined. It does not arise only from the internal logic of the narrative itself, but is also a product of cultural expectations. Something profound has been happening in our television over the past decade, some end-stage reckoning. It is the era not just of mad men, but also of sad men and, above all, bad men. Don is at once the heir and precursor to Tony Soprano, that avatar of masculine entitlement who fended off threats to the alpha-dog status he had inherited and worked hard to maintain. Walter White, the protagonist of ‘Breaking Bad,’ struggled, early on, with his own emasculation and then triumphantly (and sociopathically) reasserted the mastery that the world had contrived to deny him. The monstrousness of these men was inseparable from their charisma, and sometimes it was hard to tell if we were supposed to be rooting for them or recoiling in horror. We were invited to participate in their self-delusions and to see through them, to marvel at the mask of masculine competence even as we watched it slip or turn ugly. Their deaths were (and will be) a culmination and a conclusion: Tony, Walter and Don are the last of the patriarchs.” 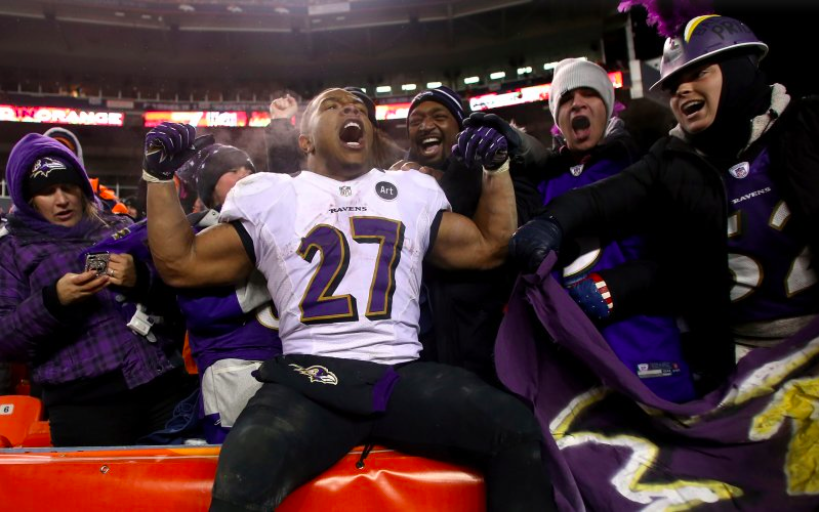 "Forget the Wife Beating—Are You Ready for Some Football?": The Daily Beast's Steve Almond discusses "how Bill Simmons and company have turned NFL indignation into a cozy little cottage industry."

“Simmons has perfected what you might call the exposé-as-apologia. The point of these pieces, after all, isn’t really to question the morality of football. It’s to offer fans a kind of ritualized self-flagellation before they settle into the sofa with their beers and wings. The term used in addiction circles would be ‘enabling.’ As for Simmons, he gets to ease his conscience while also burnishing his personal brand of savvy fandom. He’s no sucker. Nor is he alone in plying this particular line of bullshit. As the NFL becomes ever more transparently violent, greedy, and misogynistic, a pack of brainy pundits has turned to the same playbook. The Guardian published a particularly odious example a few days ago under the click-bait headline ‘Does Watching the NFL Make You Evil?’ It’s worth noting that the online edition of this piece includes an additional link before the story begins. It reads: ‘NFL week one preview—with Pick Six contest.’ So I guess we’ve got our answer before we’ve even begun reading.” 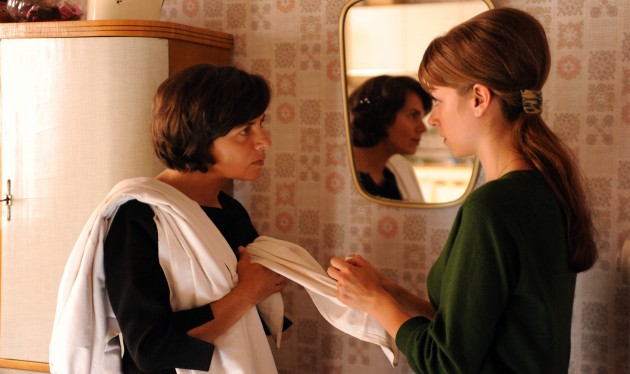 "Travels in Poland and Israel, Between Old Wars and New": At The Jewish Daily Forward, Annette Insdorf invites readers to join her on a fascinating cultural odyssey. Check out Annette's Reel Pieces Film Club, which sends a newsletter to subscribers each month.

“At Krakow’s museum, I visit the Stanley Kubrick exhibit, which contains its own Jewish dimension. In addition to the copious material from his completed classics — notably ‘Paths of Glory,’ ‘Dr. Strangelove’ and ‘2001: A Space Odyssey’ — I view the director’s plans and correspondence for a movie he never made: ‘Aryan Papers’ would have been his only Holocaust film, which he planned just before Steven Spielberg made ‘Schindler’s List’ in Krakow. Based on Louis Begley’s book ‘Wartime Lies,’ it might have been shot in the very same areas. Spielberg’s choice to film in Kazimierz — the Jewish quarter that became a slum after the war — is now credited with transforming the area. I learn that the Krakow-based musician Zbigniew Preisner (one of the greatest film composers in the world, based on his scores for Kieslowski’s ‘Three Colors’) is in town, and I contact him for a rendezvous. He tells me that he and Kieslowski met with Spielberg in Paris when he was still thinking of shooting ‘Schindler’s List’ in Prague, and convinced him to go to Kazimierz. The result? Over the past 20 years, this neighborhood has grown into a vibrant community, and the main location of the Jewish Culture Festival.” 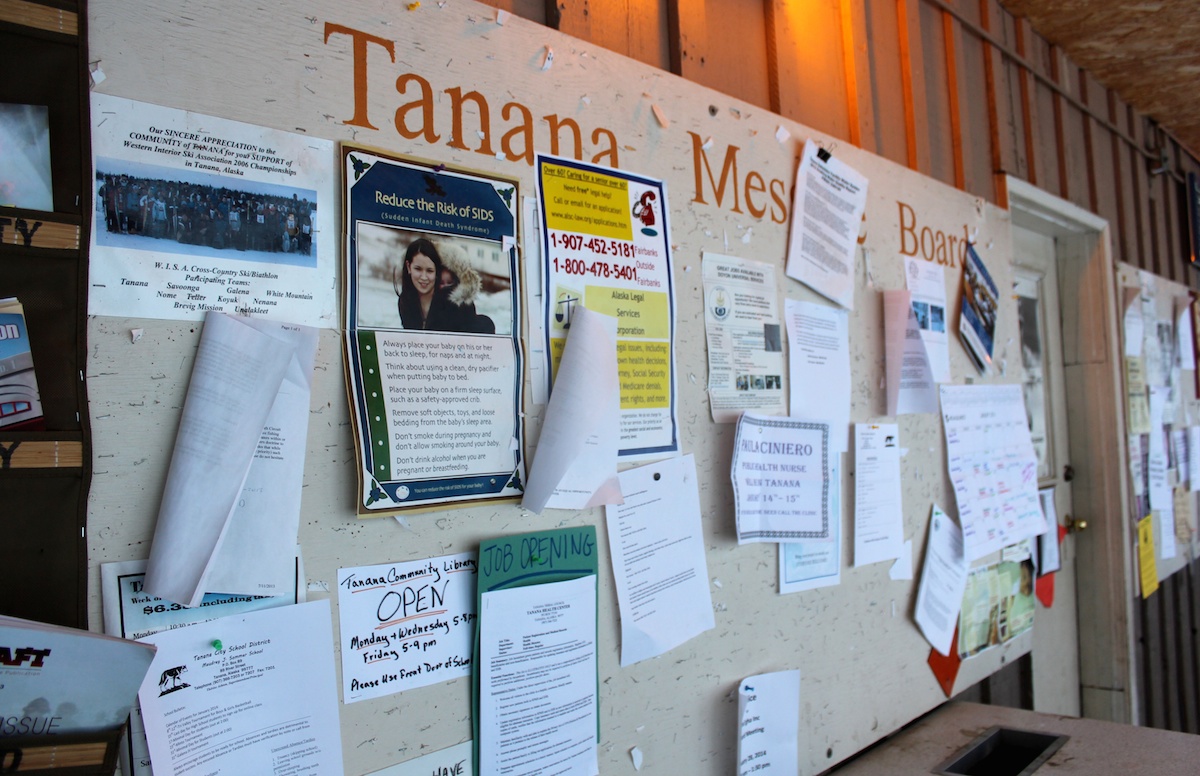 "Rape Culture in the Alaskan Wilderness": An astonishingly thorough and essential piece of reporting from Sara Bernard of The Atlantic.

“In its short history as a state, Alaska has earned an unnerving epithet: It is the rape capital of the U.S. At nearly 80 rapes per 100,000, according to the FBI Uniform Crime Report, Alaska’s rape rate is almost three times the national average; for child sexual assault, it’s nearly six times. And, according to the 2010 Alaska Victimization Survey, the most comprehensive data to date, 59 percent of Alaskan women have been victims of sexual assault, intimate partner violence, or both. But those numbers, say researchers, just skim the surface, since sex crimes are generally underreported, and may be particularly underreported in Alaska for cultural reasons. ‘Those numbers are conservative,’ says Ann Rausch, a program coordinator at Alaska’s Council on Domestic Violence and Sexual Assault. ‘They’re still staggering.’ The causes of the violence are complex and entrenched. Government officials, law enforcement personnel, and victim advocates note the state’s surfeit of risk factors, from an abundance of male-dominated industries, like oil drilling and the military, to the state’s vast geography, with many communities that have no roads and little law enforcement.” 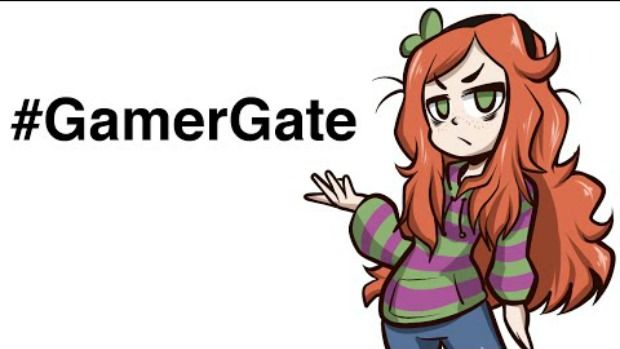 "An Untitled Google+ Piece by David Hill": An impassioned deconstruction and analysis of the recent GamerGate controversy.

“I’ve talked to a lot of pro-#GamerGate people over the past few days. I've tried to hear out as many as I could. It was hard. I want to first address why that was hard, then I want to try to address some of the trends between the reasonable, cool people I spoke with. First off, it's very difficult to wade through the hate. The signal to noise ratio is not good. In fact, it's terrible. If you're reasonable, and you want to have a conversation, it's difficult to do that when the person is hearing ten death threats and thirty insults for every single reasonable message. That mars any perception of credibility for a group that's invested heavily in credibility and ethics. Now, I've heard a few people say, ‘Point out the threats and insults when they happen! We'll report those people! They don't speak for us!’ I've seen numerous people pointing these threats and harassments out. A couple of very bad times, I saw some people jump in, report, and otherwise shut down the threats. But more often than not (by a wide margin) what I saw was apologism and excuses for the threats and harassment. I saw a lot of ‘but this time it's warranted!’ style messages. That doesn't help anyone. That doesn't build dialogue. So, if you want to know why there are prominent journalists right now talking about how gamer culture is toxic, and how gamers as a label are dead, this is why. Because even if you're rational, passionate, and wanting good things, your voice is being drowned out by loud, hateful, toxic people.” 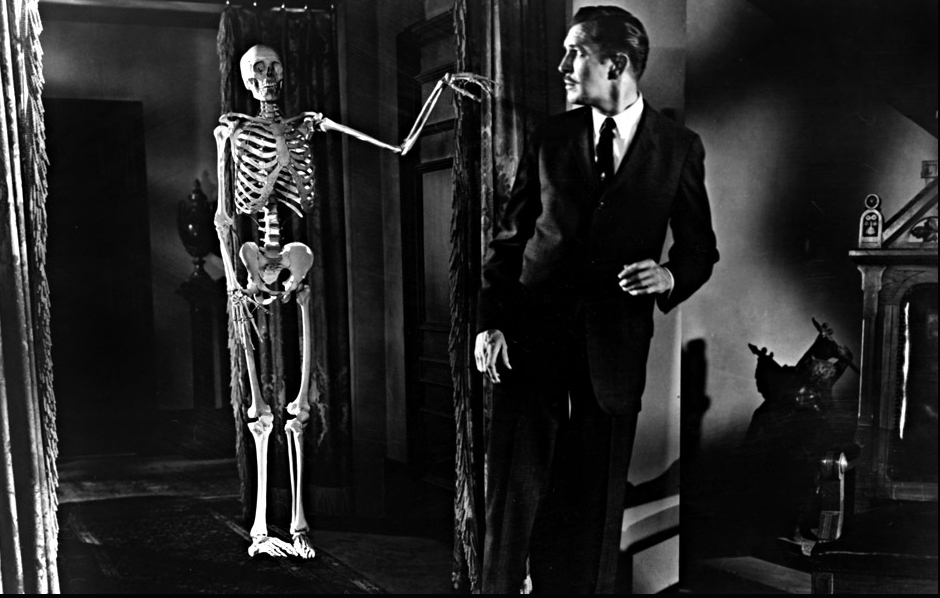 Yet another wonderful list from Taste of Cinema, in which Liam Hathaway highlights "15 Horror Originals That Need to Be Seen By More People," including William Castle's delightfully campy 1959 spookfest, "House on Haunted Hill."

The biggest mainstream release of the season gets its first full-length trailer.