"Roxane Mesquida, Najarra Townsend, Kevin Wehby, Jack C. Newell, Shane Simmons and Michael Glover Smith on 'Mercury in Retrograde'": At Indie Outlook, I chat with the director and cast of a remarkable film set to premiere at the Full Bloom Film Festival in North Carolina on Saturday.

“[Smith:] ‘Many American viewers are used to having dialogue just be the thing that holds their hand, signaling how to experience the film. They teach you in screenwriting class that the characters should serve the plot, but I actually think the reverse should be true. The plot should serve the characters. As a viewer, I don’t like when I can feel the gears of the plot turning. I want to feel like I’m just observing people, but I also don’t like it when things feel aimless. It has to also feel purposeful, and that’s the balance that I always try to strike as a writer/director. The one scene where we shot way more footage than we needed was the men’s book club sequence, which we juxtapose with the women’s conversation at the bar. That scene was 17 pages long in the original script, but most of it didn’t end up in the film. Prior to shooting it, I met with the three actors at their hotel, and we had an hour-long meeting where I said to them, ‘Look, the script for this scene is just a blueprint. These guys are talking about a book, but what’s important is what they’re not talking about. They’re not talking about things that are personal, while the women are. I want you to say things in this scene that will reveal who you are and how you feel about the relationship without actually talking about it.’ They could’ve been talking about anything in that scene—politics, sports, movies—but those topics would be more obvious. Some people suggested to me that the characters should be talking about a more well-known book or author, but I figured that if I chose someone like Hemingway, the audience would be paying more attention to whether or not they agree with what the characters were saying about the author. I wanted the guys to talk about a writer whose work would have the connotation of masculinity, so I thought the hard-boiled detective fiction of Dashiell Hammett was the way to go. I chose his 1931 novel, The Glass Key, in part because it’s lesser known than The Maltese Falcon or The Thin Man.’” 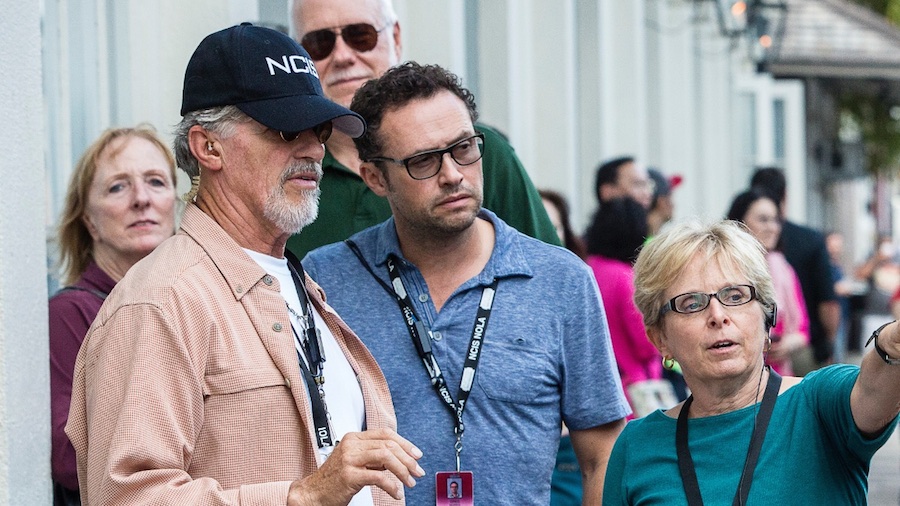 "'My Handiest Trick is to Watch as Many Previous Episodes as You Can With the Sound Off': Mary Lou Belli on Directing 'NCIS: New Orleans'": In conversation with Filmmaker Magazine's Jim Hemphill.

“The first thing I do with any script, including ‘NCIS: New Orleans,’ is read it with fresh eyes and with a focus on being the best audience I can be for that story. I take no notes, and I try to do it with no interruptions. The second read is more like a brainstorming session; I don’t edit or second-guess myself. My notes to myself are just that — notes to myself, free of judgment from me or anyone else. To be honest, I toss away a lot of those ideas, but they come from the most creative part of me, the one who is free from responsibility, time constraints and budgets. It’s when I start to digest it, take notes, think of the big picture — i.e. what is this story about, why is it important, are there any running or recurring themes. But I also jot down on post-its any smaller questions I may have for the episode’s writer, any fun visuals that may pop into my mind — really, anything that I may want to revisit on the next read…my dissecting read. That next read is actually my favorite because while I do it I construct my ‘director’s diagram.’ This is an invaluable tool taught to me by Bethany Rooney. She actually showed me her first one on the set of a show called ‘South Of Nowhere’ where I was invited to shadow her by our mutual friend, writer/producer Nancylee Myatt. (Subsequently, Nancylee, Bethany and I have all worked on ‘NCIS New Orleans’… never at the same time.) When I do the director’s diagram, I am deconstructing the story into the A, B, and C (or more) stories. At that time, I’m considering whose story is this, what is the structure of this particular episode, what are my big scenes, are they highly dramatic and full of tension, full of action, or full of emotion. Within that diagram I examine act-in and act-outs and I’m already trying to think of interesting visuals for them, especially the signature ‘phoofs’ (freeze frames with postproduction colorization). And since every episode revolves around a crime, I also do a timeline for myself of the clues that the audience knows and in what order they get these clues… I think of it as a sort of partnership or agreement with my audience, that if they want to play the ‘whodunit’ game, I’ve given them all the pieces they need to solve the crime along with the NCIS agents. I can only begin to think about the stunts, because so many of them are location-dependent.” 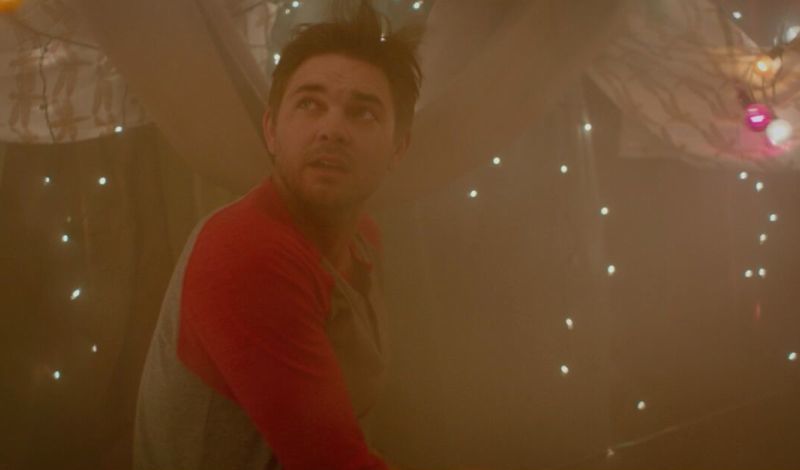 "Nick Thune talks 'Dave Made a Maze,' Comedy and More": In conversation with Danielle Solzman of Solzy at the Movies.

“[Solzman:] ‘The director and co-writer, Bill Watterson, describes The Maze as being a metaphor for the creative process. What do you make of that?’ [Thune:] ‘Yeah, I think so. I think that’s what attracted me to the character. My main job—what I started doing is stand-up comedy. You don’t have a boss. You don’t have somebody telling you to go to work every day. You don’t have somebody making you to clock in. You’re your only employee. You’re the boss and the hell with it. I know how easy it is when you’re working alone to get sidetracked. I’ve been in that character gaze—kind of that stagnant area where you’re not hot, you’re not cold, you’re just kind of lukewarm. You’re just kind of walking around in a daze. I know what it feels like when you just kind of hit a stride all of a sudden. Oh my gosh, there’s a right way to do this and you realize that oh, there’s like joke writing or whatever. Oh, if I keep doing this little turn and you keep working and I think that’s what happened with the maze. He just started making it like I can go deeper. I can go even deeper. I can take it all the way.’” 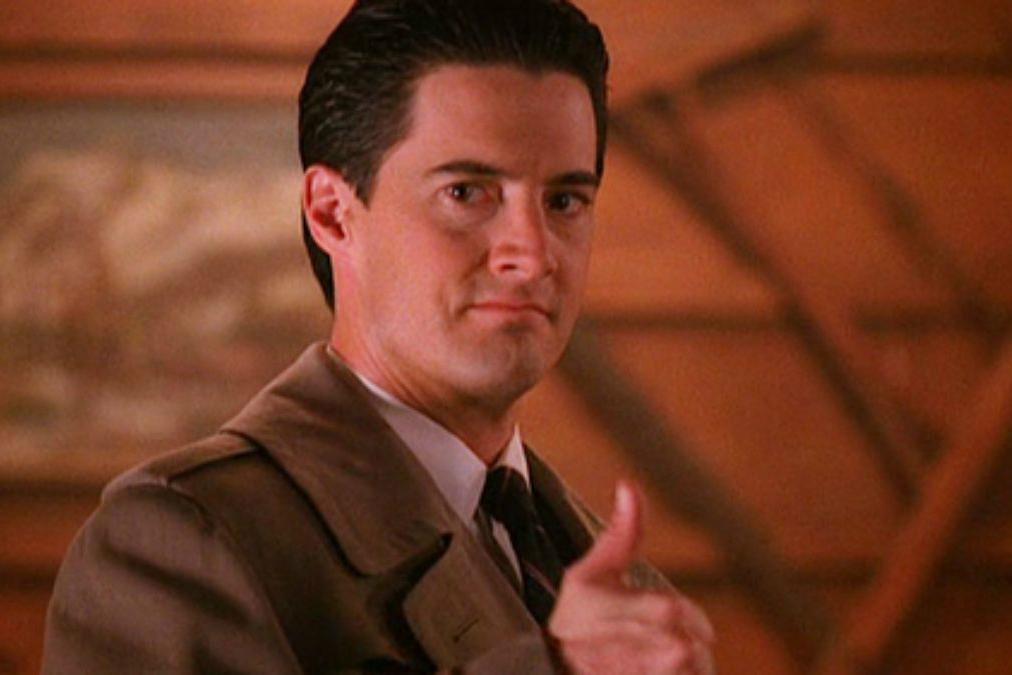 "17 Artists Share the Films That Influenced Them": Including Shana Moulton (quoted below) in this essential read from Scott Indrisek at Artsy.

“Moulton’s video art mixes lo-fi effects with fantasy and absurdity to stir unexpected emotions. She says that ‘although there were some films that had a massive impact, nothing was as life-changing’ for her as the original ‘Twin Peaks’ television series, which debuted in 1990 (followed by a film in 1992, and a Showtime reboot earlier this year). ‘Growing up in a small town near Yosemite National Park, I’d had zero exposure to any contemporary art or experimental film, unless you count ‘Fantasia’ or ‘Escape to Witch Mountain.’ ‘Twin Peaks’ aired when I was around 13 and it was the first thing to, in the words of David Foster Wallace, ‘ring my psychic cherries.’ It was my first mature contact with the sublime, and my first obsession. I expressed that obsession by scrapbooking all ‘Twin Peaks’ magazine articles, collecting all associated merchandise, imagining Laura Palmer was my best friend, and making a home-video reenactment of the Black Lodge scene from the final episode. I played both Laura and BOB and directed my cousins and my little brother in the other roles. Making that home video planted the seed for my own ‘Whispering Pines.’’” 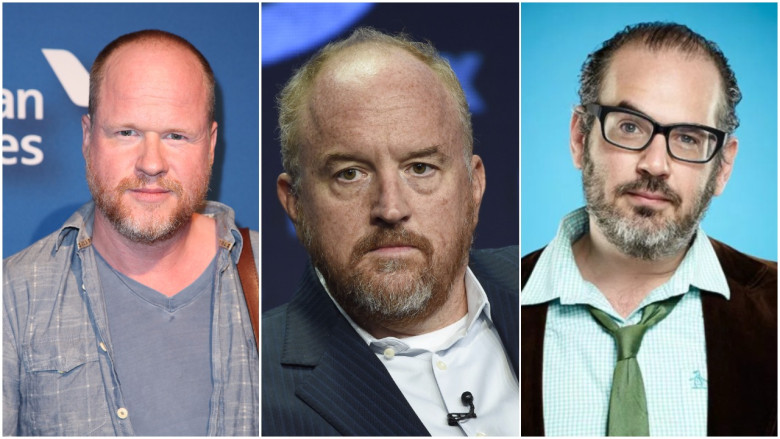 "As Joss Whedon and Others Are Confronted By Their Treatment of Women, Fandom Is Evolving To Listen": According to Indiewire's Liz Shannon Miller.

“Louis C.K. has a comedy auteur’s reputation, one he’s used to support other comedians — including [Tig] Notaro, whose legendary 2012 stand-up show at the Largo, ‘Live,’ was first released through his independent label. For years, C.K. has also been at the center of rumors regarding ‘sexual misconduct,’ which Notaro told the Daily Beast he needed to handle. ‘I think it’s important to take care of that, to handle that, because it’s serious to be assaulted,’ Notaro says. ‘It’s serious to be harassed. It’s serious, it’s serious, it’s serious.’ Season 2 of ‘One Mississippi,’ which premieres on Amazon this September, reportedly includes a scene that echoes past allegations made against C.K. — though it more generally seems to represent a pattern of sexual harassment that women far too often explain away. ‘And that’s what we want to do with this show,’ Notaro said to the Daily Beast. ‘We of course want to create comedy, but we also really, really feel like we have the opportunity to do something with ‘One Mississippi,’ because it does not stop. I walk around doing shows at comedy clubs and you just hear from people left and right of what some big-shot comedian or person has done. People just excuse it.’” 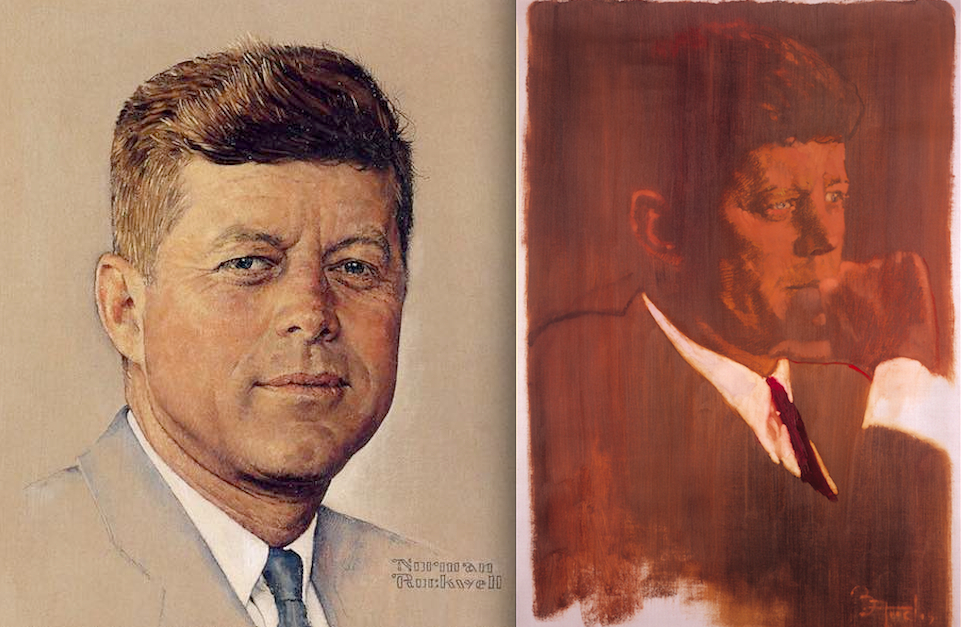 Here's the official Indiegogo campaign for "How is this the World," the latest fascinating short film from the multi-talented Sadie Rogers.

Pop icon Belinda Carlisle is interviewed by the exceptional Chicago actor/filmmaker Danny Rhodes on his Pop Up Podcast.