"Tom Cruise: The Good Kind of Crazy": A terrific essay from The New Yorker's Ian Crouch on the controversial actor who nevertheless continues to please crowds at multiplexes.

“‘What’s your problem, dude? Can’t you just chill out?’ Fallon asked Cruise about his latest daredevilry and his well-documented insistence that he perform nearly all of his own stunts. Fallon’s expression was less of criticism than of admiration and simple awe. But it was nonetheless an essential question, perhaps the essential question when it comes to considering Cruise’s more than thirty years as a movie star. For a moment it seemed that Cruise might take the question seriously, plumbing whatever depths lurk within him to produce a startling answer. I can’t help it. I can’t stop. Help me! Instead he gestured toward the audience and said, smiling, ‘I do it because it’s entertaining to you all. I want to entertain you.’ At fifty-three years old, Cruise remains the nation’s premier action hero, thanks in large part to his own rather miraculous durability—he is, as Anthony Lane writes, ‘the Dorian Gray of action movies.’ But this status also owes to the concurrent durability, and ongoing reinvigoration, of the ‘Mission: Impossible’ series, of which he is not only the star but, as its producer, the architect as well. Cruise selects the directors, approves the cast, and sets the terms of his own participation in the action. That, in Cruise’s case, means being involved in as many stunts as he can.” 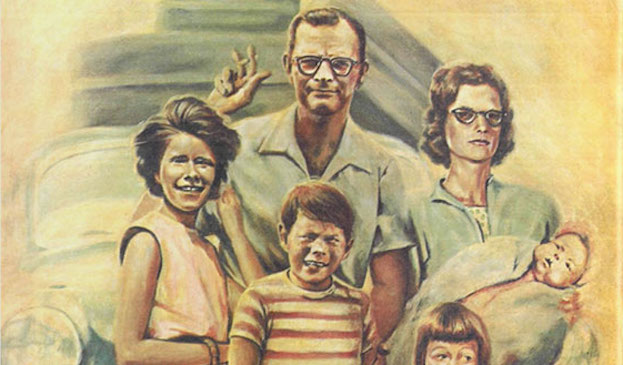 “It was nice to see Dad excited about our trip. For months Mom had to act moody and beg to get him to drive out to California. ‘What good will it do the kids to see their country from an airplane seat?’ she wanted to know. Finally, Dad gave in and said we would get a station wagon and drive the 2,448 miles from 74 Rivard Boulevard, Grosse Pointe, Michigan, to 1313 Harbor Boulevard, Anaheim, California. It took almost all day Friday to pack the car. Dad loaded and unloaded it again and again to save a square foot here, a square inch there. Then he simonized the car and hung litter bags in the front and back seats, attached a compass to the dashboard, and put a first aid kit in the glove compartment. Then he called everyone outside to take one item apiece out of the car so he could close the back. After dinner, Dad ran the Plymouth up to Richie’s Marathon Service to gas up and have Richie check under the hood and see if everything was A-O.K. When Dad backed out of the driveway the car scraped bottom. Not a little scrape but a sccccccrrrrraaaape! Dad got back at 8:00. We heard the scccrrrraaaaape! and knew it was him. Richie had said that everything was beautiful under the hood. The car was gassed up, there was plenty of oil, the tire pressure was perfect, the AAA maps were organized in the glove compartment, and the speedometer read exactly 20.00 miles.” 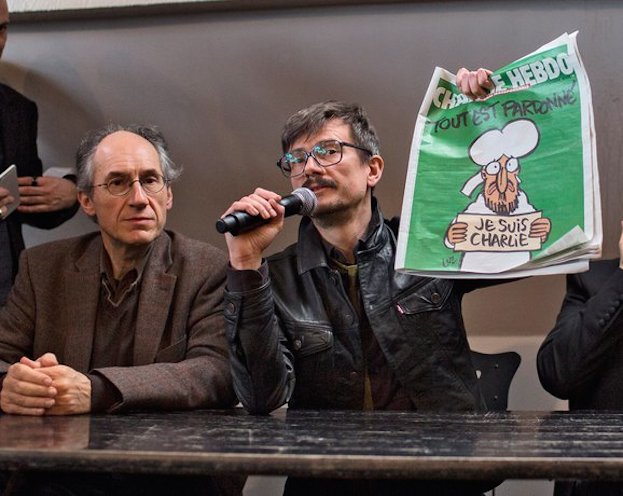 “P&L, for Charlie Hebdo, was always more about peace and love than profit and loss. Born (under another name) in the heady communal spirit of the 1960s, it carries in its DNA the heritance of an anarchist left hostile to the perceived ravages of capitalism. This attitude long sat comfortably enough because Charlie has more often been poor than rich. No more: as Gérard Biard, the new editor in chief, remarked in his first editorial after two jihadist killers, the Kouachi brothers, murdered a dozen people at the paper on January 7 to avenge the caricatured Prophet Muhammad, ‘For a week now, Charlie, an atheist paper, has accomplished more miracles than all the saints and prophets together.’ Foremost among those miracles is newfound wealth. In the space of a few months, a publication with a storied past but uncertain future, beset by dwindling revenues and readership, casting around for financial support, has been transformed into a cash cow. People who had scarcely heard of the paper now flaunt the ubiquitous ‘Je suis Charlie’ badge. The post-massacre edition, No. 1178, sold some eight million copies, an increase of more than 13,000 percent over previous levels. Subscriptions have soared to more than 200,000 from about 10,000. Donations have multiplied, from Google, the French government, and sympathizers across the world. One Web site garnered close to $2 million through the contributions of 24,500 individuals. As a result, Charlie Hebdo, irreverent mocker of all forms of power, reportedly finds itself sitting on more than $33 million in cash, a once unthinkable sum. (The owners have put the figure lower, at roughly $18 million, from sales and donations.)”

"A Dream Undone": At The New York Times, Jim Rutenberg provides an in-depth report on the "50-year campaign to roll back the Voting Rights Act."

“In the decades that followed, Frye and hundreds of other new black legislators built on the promise of the Voting Rights Act, not just easing access to the ballot but finding ways to actively encourage voting, with new state laws allowing people to register at the Department of Motor Vehicles and public-assistance offices; to register and vote on the same day; to have ballots count even when filed in the wrong precinct; to vote by mail; and, perhaps most significant, to vote weeks before Election Day. All of those advances were protected by the Voting Rights Act, and they helped black registration increase steadily. In 2008, for the first time, black turnout was nearly equal to white turnout, and Barack Obama was elected the nation’s first black president. Since then, however, the legal trend has abruptly reversed. In 2010, Republicans flipped control of 11 state legislatures and, raising the specter of voter fraud, began undoing much of the work of Frye and subsequent generations of state legislators. They rolled back early voting, eliminated same-day registration, disqualified ballots filed outside home precincts and created new demands for photo ID at polling places. In 2013, the Supreme Court, in the case of Shelby County v. Holder, directly countermanded the Section 5 authority of the Justice Department to dispute any of these changes in the states Section 5 covered. Chief Justice John Roberts Jr., writing for the majority, declared that the Voting Rights Act had done its job, and it was time to move on. Republican state legislators proceeded with a new round of even more restrictive voting laws.” 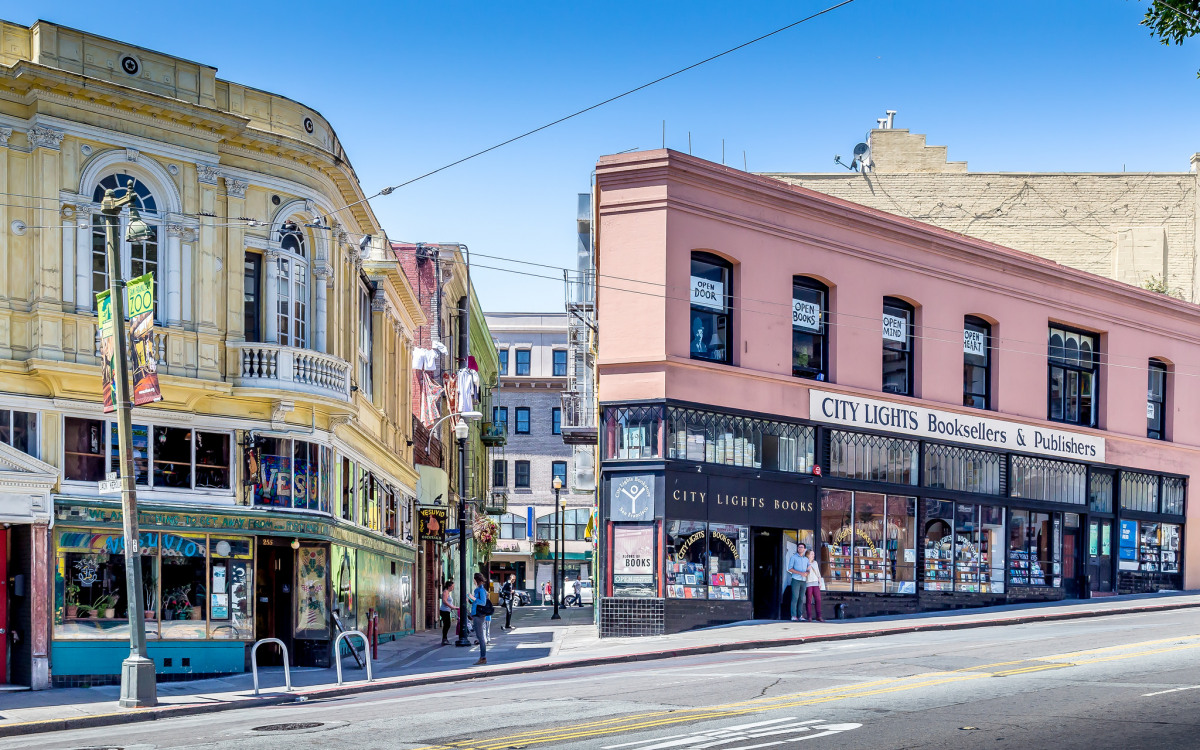 "The Wandering Years": Longreads posts a series of travel journals from poet and painter Lawrence Ferlinghetti, soon to be featured in his book, "Writing Across the Landscape."

“I have two hours before the bus to that Sea. I go to the Public Library. It’s Saturday afternoon, and it’s closed. Naturally. People that work during the week naturally have no time to go to the Library on their day off. I must think of something else. I go to a barber’s, that should take at least half an hour, maybe more if I divert the barber with witticisms or dirty jokes. No luck. He whips me thru in a little over 10 minutes, including a swipe at my eyebrows and sideburns, which I duck. He drops the comb on the greasy floor several times and wipes it off on his pants and continues. In the meantime I listen to him haranguing the other barber (who looks like a local football player) about how to skin a buck & how to remove its horns & how much you can count a full-grown buck coming to in net-weight after it’s skinned. The other barber keeps saying ‘Yeah — yeah’ like a little halfhearted football cheer. I have a feeling that if I had got this young football barber instead of the old geezer and had a hunting license to show him, he would have cut my hair for free. As it is, I have to pay for my scalping. (The old geezer keeps nicking me every time he gets to a good part of the description of how to skin a buck.) When I am down to ‘net-weight,’ he steps back with a sour grin, as if to say it’s a pretty sad carcass.” 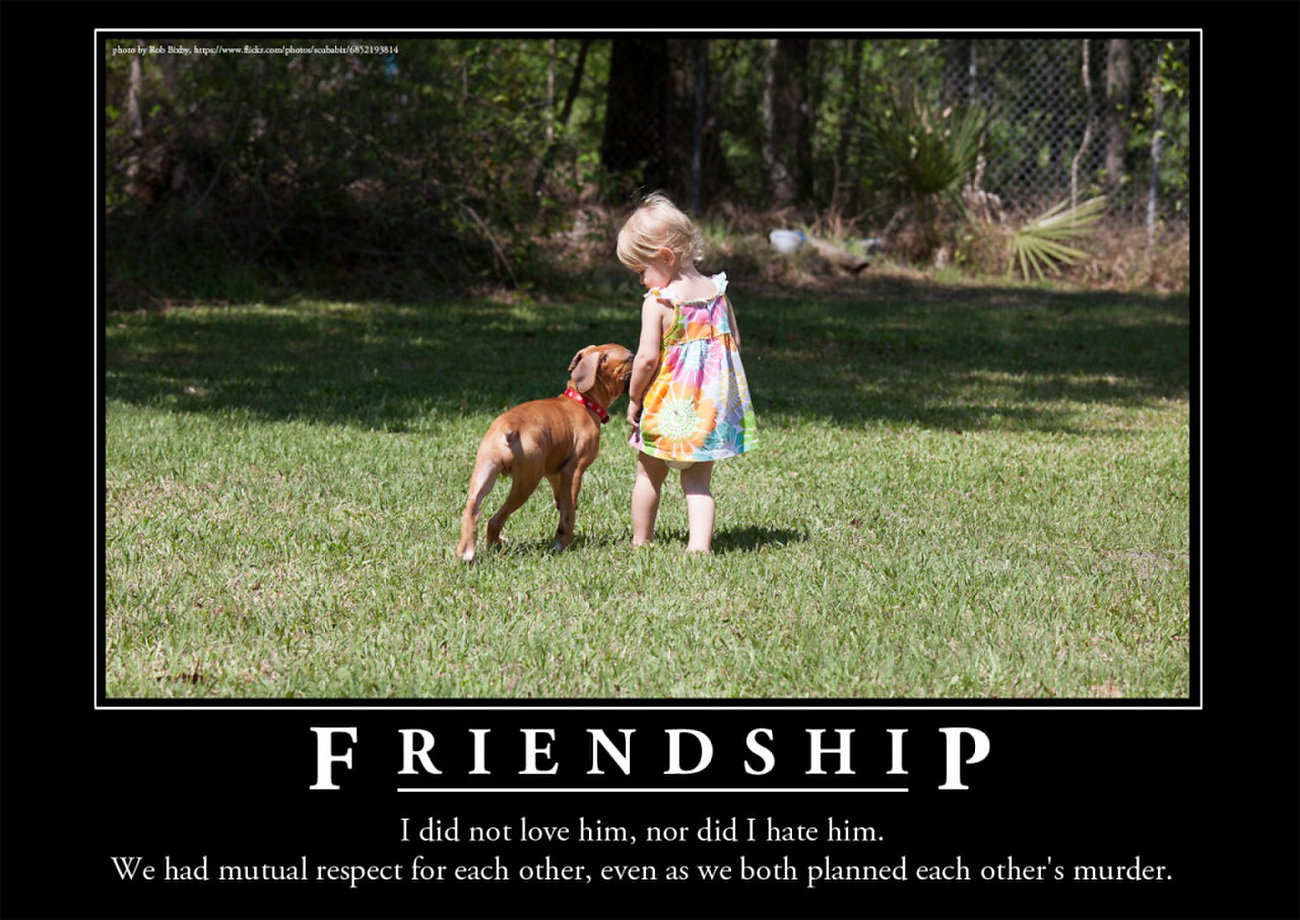 Good's Laura Feinstein says that "Werner Herzog Motivational Posters are the Best Thing on the Internet," and it's hard not to agree.

RPG from Sadie Rogers on Vimeo.