Dave Chappelle's decision to walk offstage during a Hartford, Connecticut comedy performance generated many thinkpieces, some denouncing him for failing to handle the hecklers who interrupted his act. The hecklers seemed disappointed and frustrated that Chappelle was doing more ruminative comedy than they remembered from his great sketch comedy show. At Vulture, Jason Zinoman, author of the e-book "Searching for Dave Chappelle," said that the comedian's discomfort with heckling didn't jibe with past appearances when he handled them just fine, and might have been an outgrowth of his decision to headier, less boisterous material. "It hurts him among some fans that paid money to see him or are thinking about doing so," Zinoman said." But Ebony's Lesli-Anne Lewis speculates that the incident was more about "the Black entertainer and White consumption."

"Dave Chappelle walked off stage tonight and Black people understand why. Being in that crowd, a sea of drunk White male faces and seeing Chappelle sit there and be jeered at made me uncomfortable. Heckling isn’t uncommon for comedians but often when a comedian as famous as Chappelle puts their foot down, it is usually respected.  While the racial makeup of the crowd was incidental, the way they treated Chappelle is not. It speaks to a long complicated history: the relationship between the White audience and the Black entertainer. This is a relationship you can easily trace to early minstrel shows, to archetypes of Blacks that still define the roles we’re offered today. We have seen more Black comedians bow to racist tropes, demean themselves—albeit unintentionally—for White audiences. Chappelle wasn’t having a meltdown. This was a Black artist shrugging the weight of White consumption, deciding when enough was enough." 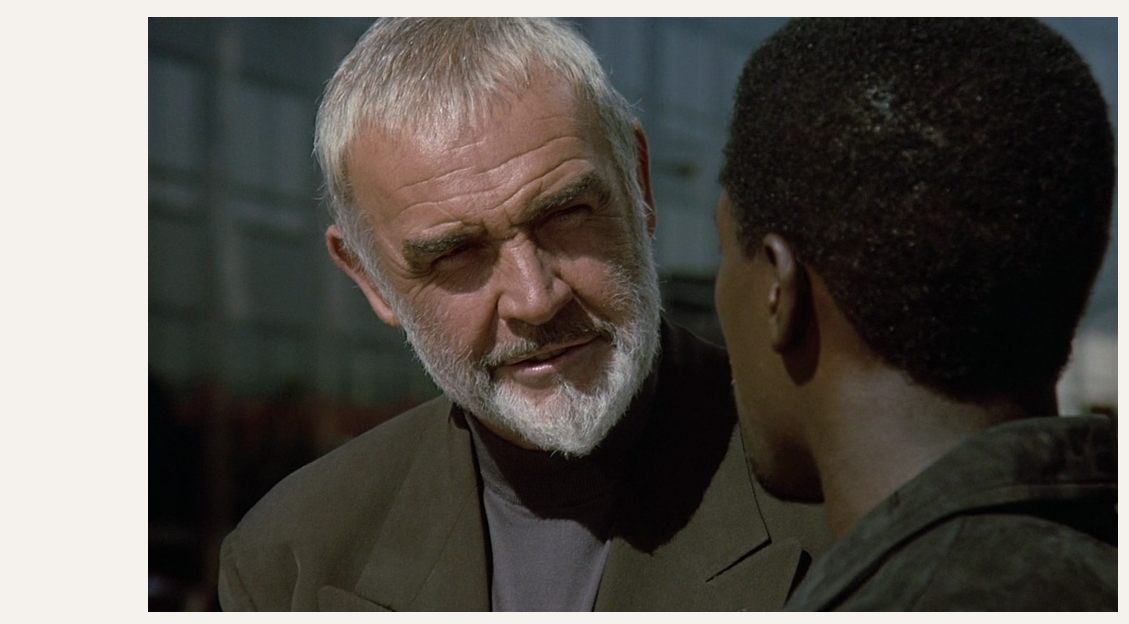 "The Once-Controversial Rising Sun." Nathan Rabin of The Dissolve revisits Philip Kaufman's 1993 film of Michael Crichton's novel—part of a wave of pop-culture paranoia about Japan taking over the United States through commerce.

"In Rising Sun, Sean Connery confidently inhabits the role of the serenely smiling guru John Connor, a retired police captain and expert in all things Japanese who smugly dispenses koans, riddles, and aphorisms to troubled cop Webster Smith (Wesley Snipes), his less-than-eager pupil, along with all manner of useful exposition about Japanese culture [...] Crichton may have deluded himself into thinking he had written a muckraking exposé to serve as a wake-up call to corporate America, but Connery’s contented smirk conveys that Rising Sun is being treated by its cinematic adapters as ridiculous pulp, a silly murder mystery with a wizard/hero relationship at its center and nothing more." 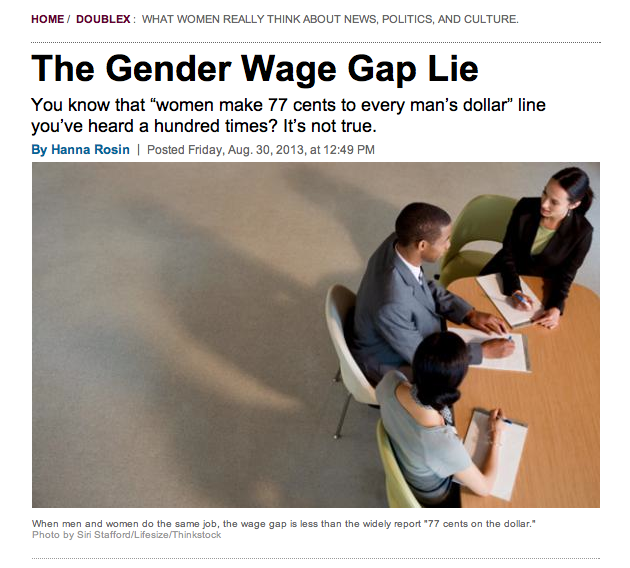 "The Gender Wage Gap Lie." By Hanna Rosin of Slate.  You know that bit of received wisdom that says an American woman earns 77 cents for every dollar a man makes? It's not true. The author isn't saying gender wage imbalance doesn't exist, only that it's complicated, and that quoting this statistic oversimplifies the nature of the problem, and excuses society from having to look more deeply into it.

"How many times have you heard that 'women are paid 77 cents on the dollar for doing the same work as men'? Barack Obama said it during his last campaign. Women’s groups say it every April 9, which is Equal Pay Day. In preparation for Labor Day, a group protesting outside Macy’s this week repeated it, too, holding up signs and sending out press releases saying 'women make $.77 to every dollar men make on the job.' I’ve heard the line enough times that I feel the need to set the record straight: It’s not true."

"9 Things Introverts Do All The Time." From The Onion. Surreal, inappropriate and ultimately horrifying—and funny, in the best Onion tradition.

"Other introverts enjoy writing, which is why they send Mark Ruffalo three letters a day, except Wednesdays when they send him seven because that’s the day of the week he was born on." 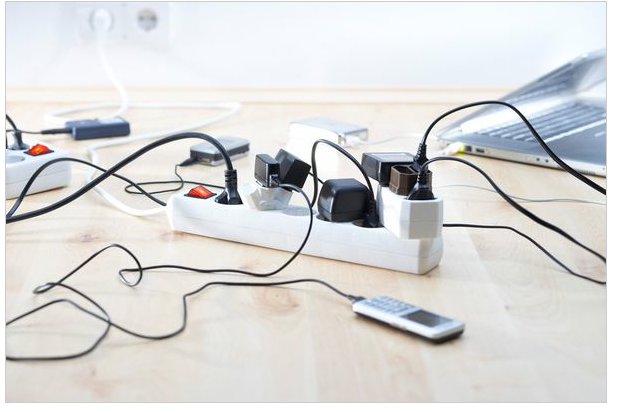 "Six Stealthy Energy Hogs: Are They Lurking in Your Home?" By Brian Handwerk of National Geographic. Yes, we know, this seems a bit "local news" for Thumbnails—but seriously, read this. You would be surprised how many appliances aren't off when you think they are.

"You'd expect your microwave to eat up electricity when it's popping popcorn or heating up last night's leftovers. But the truth is, these appliances consume most of their electricity when they're simply sitting in your kitchen doing nothing. 'You only use a microwave a tiny part of the time,' DiMascio said. 'But when it's not in use, it's consuming standby power because it's always sitting there ready to go.'" 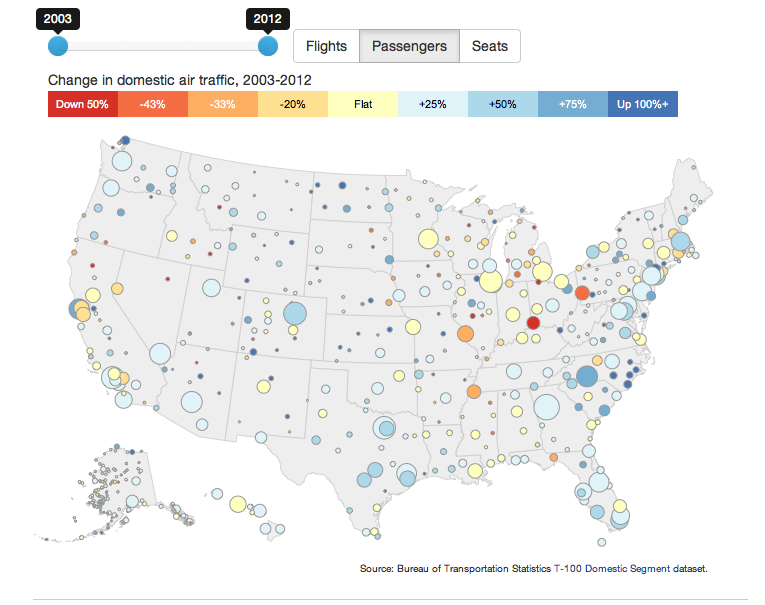 "Is Your Neighborhood Airport on the Decline?" This map will tell you.

"Thinkfluencer, Episode #1: Selfies." The Guardian's Nimrod Kamer kicks off a new video series about social media, starting with a piece on "selfies," or self-portraits.