“The hypocrisy about the outrage around ‘Hounddog’ was shocking. I remember taking the most provocative cut I could make of the film down to the District Attorney in Wilmington, NC, where we shot the film and where a prosecution of me would occur if there was going to be one. After showing him the film, he wrote an official statement that no one connected with the film would be prosecuted. Then he thanked me for making the film. He said the real thing happens every day and no one says a word. But he was receiving 10-20 calls a day from people asking for my arrest…For telling the story. It’s astonishing to me the silencing of women that continues to this day. How women are not believed and shamed and blamed for speaking their truth. Look how many women it took to speak up about Bill Cosby before they were believed. It’s interesting you referenced your conversation about Polanski. The brilliant Kate Harding wrote what I thought was a very insightful article entitled ‘Polanski, Hounddog, and 13 year old voices’ for Salon in which she explores why there was more outrage over a fictional rape than a real one. You’ll also note a quote from me that ends the article, where I said, ‘When you rape a girl, the problem is not that you are taking away her purity–which is what gets the religious right up in arms–it’s that you are taking away her wholeness. And trying to keep her ‘pure,’ repressing her sexuality, silencing her voice, also takes away her wholeness. It’s two sides of the same coin. I don’t want my daughter to grow up pure, I want her to grow up whole.’ That little speech actually ended up in my film ‘SPLiT.’” 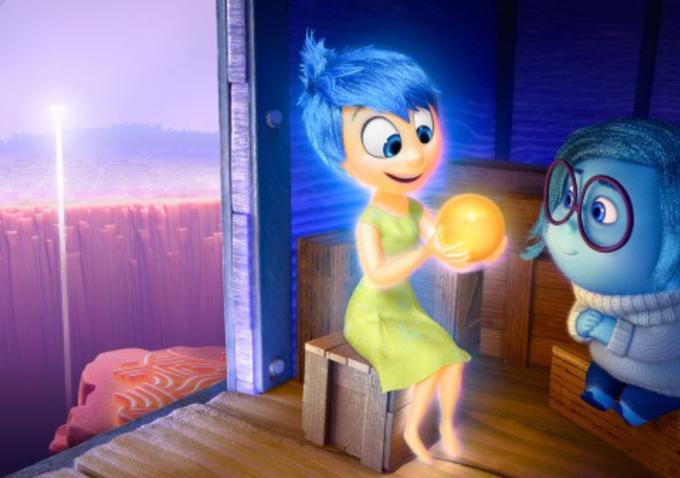 “In 1943, Walt Disney Studios released a cartoon called ‘Reason and Emotion’ which depicted man’s inner life as a battlefield between sensible Reason, portrayed as an elegant little man with a suit, tie, and glasses, and wild man Emotion, portrayed as a small caveman. In the cartoon, Reason and Emotion battled for control inside a man’s head, seen in silhouette, with Reason confidently driving in front and Emotion dejectedly confined to the backseat. When Reason spies a beautiful young woman on the street he suggests being respectful, while Emotion attempts to take Reason’s place at the wheel by encouraging cat calls and whistles. When the camera zooms inside the young woman’s head, we see a similar scenario, with Reason portrayed as a prim and proper woman with glasses, while Emotion, with her loose hair and short skirt, tries to take control of the wheel, so that she can get dessert, ruining poor sensible Reason’s diet. It’s clear that our cultural attitude about the role of emotion (as well as gender roles) has evolved significantly since 1943. Pixar’s latest film, ‘Inside Out,’ portrays a world where the emotions—Anger, Sadness, Fear, Disgust, and Joy—play equal and important roles in helping Riley, the film’s young heroine, navigate the world around her. The film starts with Joy taking the helm, but ends with the express argument that as 11-year old Riley grows up she will need to confront new situations, and that each emotion will play an important role in helping her to navigate this new landscape.” 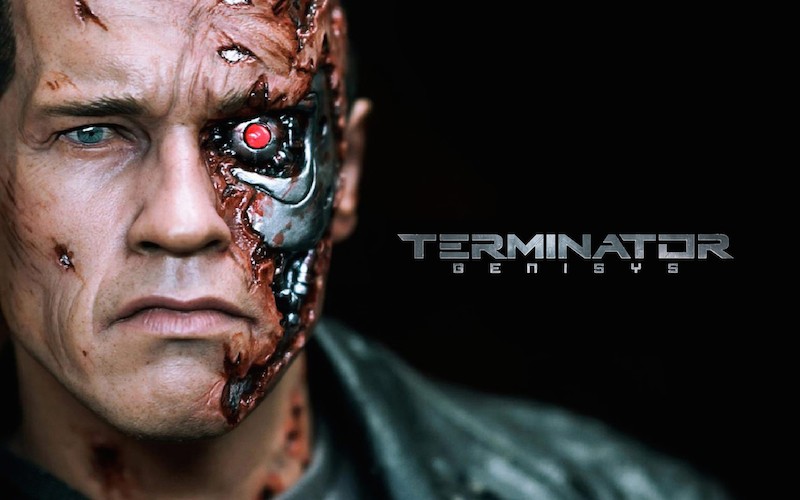 "Not a Reboot. Not a Remake. It's a Repackaging.": At Zombie Apocalypse, Harrison Smith explores "lazy filmmaking at its best and most expensive."

“Cynema has evolved or been upgraded much like Arnie’s T800 at the end of the latest ‘Terminator’ franchise. My definition of Cynema says that a movie is made deliberately bad even if the filmmakers have the means to do it better. In the case of ‘Jurassic World,’ ‘Terminator Genysis’ and ‘Star Trek: Into Darkness’ they are beautifully produced films, but all the more deceptive. These films all lack a central thing: a well done script. All three of these films are not unfolding stories, but rather set pieces stitched together with basic dialogue and character development to push things toward the next set piece. The argument could be made, that in a few years, the need for directors and even screenwriters could be gone. They are made obsolete by ‘managers’ who push a film through a written ‘To Do’ list. Some have said ‘Jaws 2’ was a film made by committee. The director, Jeannot Szwarc was simply a gun for hire in the wake of the firing of original director, John Hancock. While the reasons for Hancock’s firing vary, one consistent line is that his vision for the film and the studio executives’ did not marry and 6 months into production, Hancock was relieved of his duties as director. While sequels were no new thing in Hollywood by 1975, Hollywood was bitch slapped by Spielberg’s original ‘Jaws’ into seeing how summer blockbusters could generate huge revenue. ‘Sequel’ was kind of a dirty word at that time, but Hollywood warmed to the idea of wringing out more dollars from the same, familiar story. And hey, it didn’t always have to be good. The process had begun…” 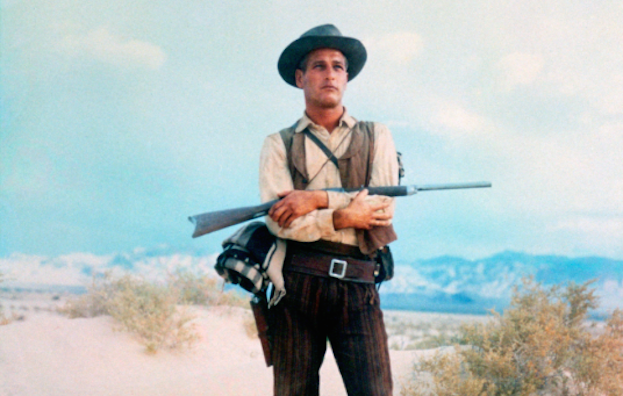 "In 'Hombre' and 'Kid Blue,' the Antiheroes Wear Stetsons and Ride Tall on a Rebellion Frontier": J. Hoberman of The New York Times reflects on the classic westerns.

“Adapted from a 1961 novel by Elmore Leonard, ‘Hombre’ is a twist on John Ford’s ‘Stagecoach.’ Deciding to sell the house and leave town in a “mud wagon” driven by Balsam, Russell is thrown together with an officious government agent (Fredric March) and his snooty bride (Barbara Rush); a younger couple nearly as unhappily married (Peter Lazer and Margaret Blye); a tough, menacing loner (Richard Boone); and a worldly widow (Diane Cilento), the movie’s most generous character. This de facto community is soon threatened, and thanks to his survival instincts, the pariah Russell becomes its unwilling leader — albeit a solitary figure nursing resentment toward the white world. Just as Gary Cooper’s pained performance in ‘High Noon’ has been attributed to the star’s health problems, it is tempting to see Newman’s contemptuous iciness as enhanced by the arduousness of the shoot. (As detailed in a 1966 New York Times Magazine article, Newman was hospitalized for five days with a flu virus and also punched out an obstreperous stallion.) A prime example of the so-called adult western, ‘Hombre’ is talky as well as pictorial. (The disc’s digitalization does justice to the cinematographer James Wong Howe’s inhospitable Arizona landscapes.) It is also rich in dramatic reversals and features a splendid final shootout. Most impressive, ‘Hombre’ is faithful to its protagonist’s absolute alienation — the movie’s white authority figures are all thieves of one sort or another — and as such underlines Newman and Ritt’s public support for civil rights and opposition to the Vietnam War.” 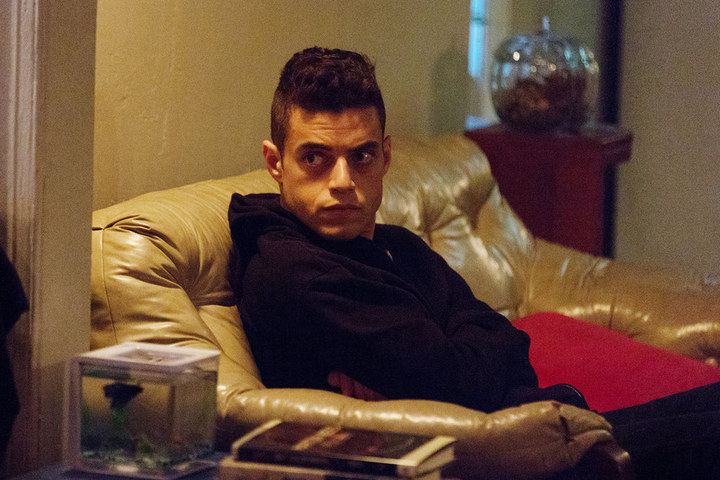 "When A Brown Actor Plays A White Character, Who Really Wins?": A provocative essay from BuzzFeed's Amir Talai.

“USA Network’s breakout hit ‘Mr. Robot’ (ending its first season Wednesday) gets so much right. It gets the big things right — story, writing, direction, cinematography, music, and of course acting; and it gets the details right — it features an unusually accurate portrait of hacking, and being set in New York, it features a realistically multi-ethnic, -lingual, and -national cast. The show regularly passes the Bechdel Test and Dylan Marron’s Every Single Word Test, which asks: Are there two non-white characters who speak to each other about something other than a white character? That is why it’s perplexing and disappointing to me that it gets one glaring thing wrong — the opportunity to give the lead character, played by Rami Malek, a name that reflects Rami’s ethnic background. Instead, the Egyptian-American Malek plays a character with the unmistakably white name ‘Elliot Alderson.’ And while it may seem like a victory for a brown actor to play a character with a stereotypically white name, it actually reinforces the idea that complex, multidimensional characters have to read as white, while characters with ‘brown’ names are relegated to roles where we play terrorists named Mohammed or cabbies named Apu. To be clear, I am certainly not referring to how Rami portrays Elliot — he plays the role wonderfully. Rami is a brilliant actor who has been kind to me the handful of times I’ve seen him at auditions over the last decade or so. I’ve been acting in Los Angeles for about 13 years, working on everything from commercials to TV (‘The Comeback,’ ‘How I Met Your Mother’) and movies (‘Harold and Kumar 2,’ ‘What To Expect When You’re Expecting’). When I heard Rami was playing a lead, I was thrilled for him, and for all of us brown actors. When one of us wins, we all win. Still, and perhaps unwittingly, ‘Mr. Robot’ missed an opportunity here.” 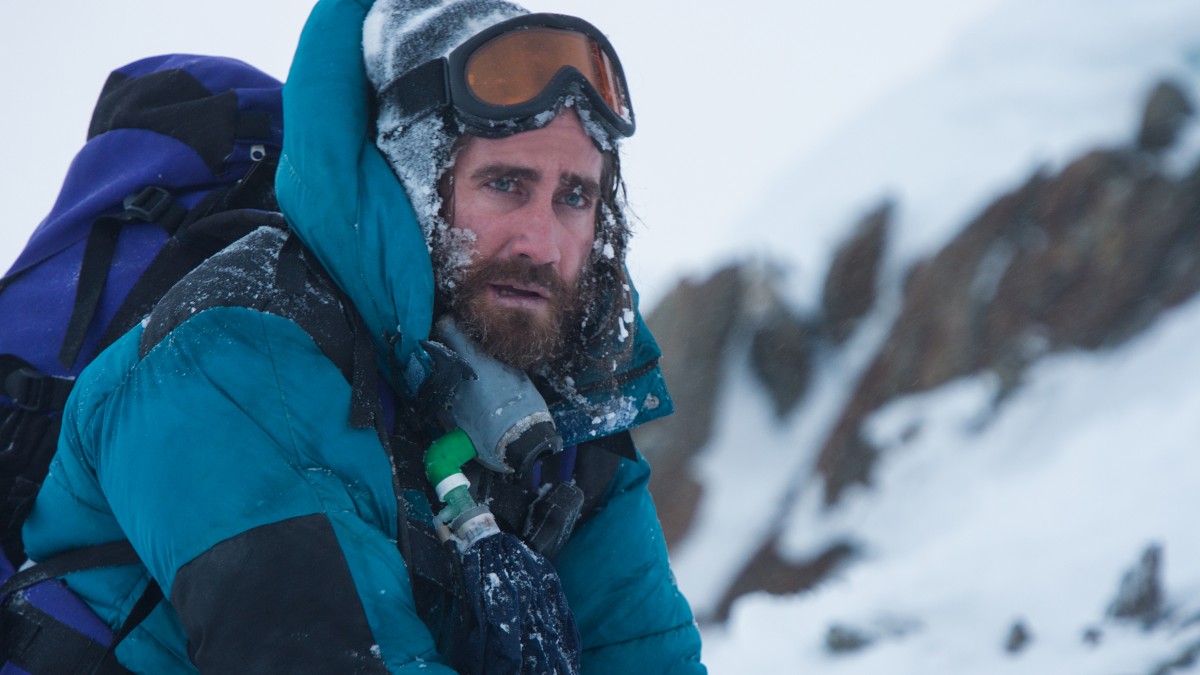 Nick Heil of Outside Mag provides an extensive interview with the cast and crew of the upcoming adventure film, "Everest."

David and Henry Dutton of "8 Bit Cinema" have done it again. Check out their marvelous tribute to Michel Gondry's "Eternal Sunshine of the Spotless Mind."