"Director John Greyson arrested in Cairo" Greyson was traveling with Tarek Loubani, a Canadian doctor who was in Egypt as part of a collaboration between a Canadian and an Egyptian hospital. Greyson was doing exploratory work for a possible project. Sean Tepper of The Star reports on the situation, in which little information is so far available.

"Tarek Loubani, an emergency room doctor from London, Ont., and John Greyson, a filmmaker and professor at York University, were arrested in Cairo Friday, according to Justin Podur, a mutual friend of both men.

At around 4 p.m., which is approximately 10 p.m. in Cairo, Loubani called Podur to tell him he and Greyson were being arrested. 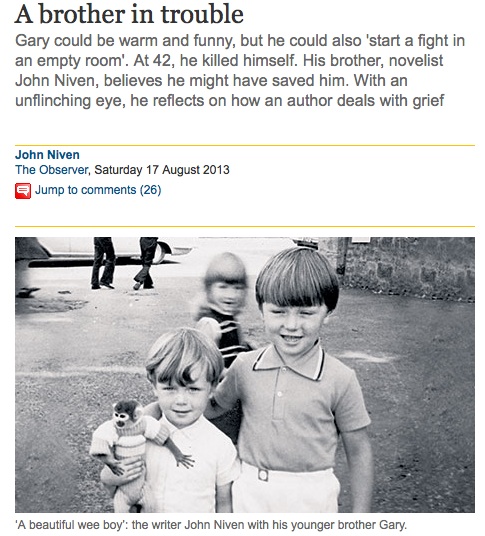 "A brother in trouble" Novelist John Niven offers a deeply moving account of the life of his troubled brother, who committed suicide, and wonders if he might have saved him.

"I only wept once. The following day I had to go to his house, to straighten things up. His door had been smashed in and replaced with a temporary one (a police raid, we later found out). It was cold inside, even though it was a warm September day. The electricity had been cut off for some time. I pictured my brother, lying in bed, wrapped up, his breath misting above him. His house was the usual kind of place for someone like Gary: wood-laminate floors and black faux-leather sofas. There was a plastic-framed poster on the wall: Al Pacino from the movie Scarface, his gun blazing. 'Say hello to my little frien…' It was spotlessly tidy."

"Zip a Dee Doo Dah" On MovieMorlocks.com, David Kalat revisits "Song of the South," the Disney film that has remained out of circulation for decades due to its racist content. Related: David Ehrenstein's "Uncle Remus Redux," from 2009. 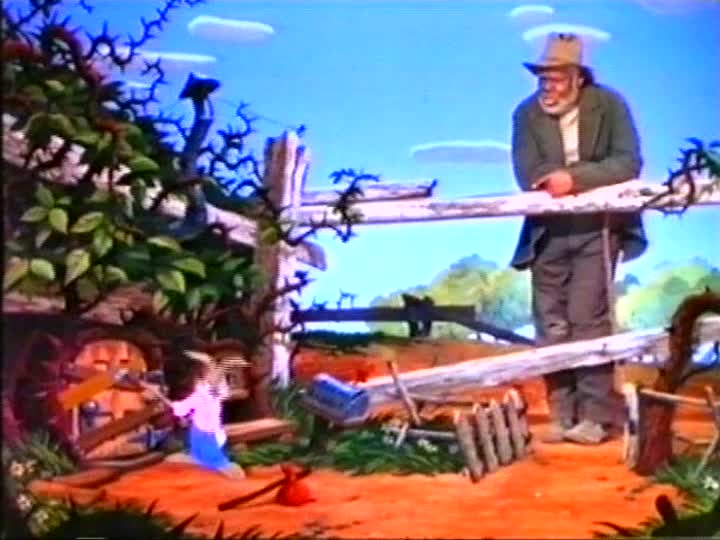 "And that’s really the problem–so what if the events are set after the Civil War? How exactly does that change the fact that this is set squarely in the location and time period where racial prejudice tore our country apart, resulting in massive casualties and a presidential assassination, yet seems to believe that as long as it never directly broaches any of those incendiary topics that everything is OK? Maybe, if Disney was going to go playing with this iconography, he needed to do something a little more proactive than just hire, and then fire, a leftist radical from the production team."
Advertisement

"Top Ten: Movies About Technology" At Next Projection, Kyle Burton has an annotated list of his top ten movies about, you guessed it, technology.

"The biggest challenge in compiling this list proved to be clarifying, for my purposes, what exactly I was ranking. The pool of movies featuring either A) a narrative about technology or B) a film littered with tech is staggering. Is it about technology or the environment?" 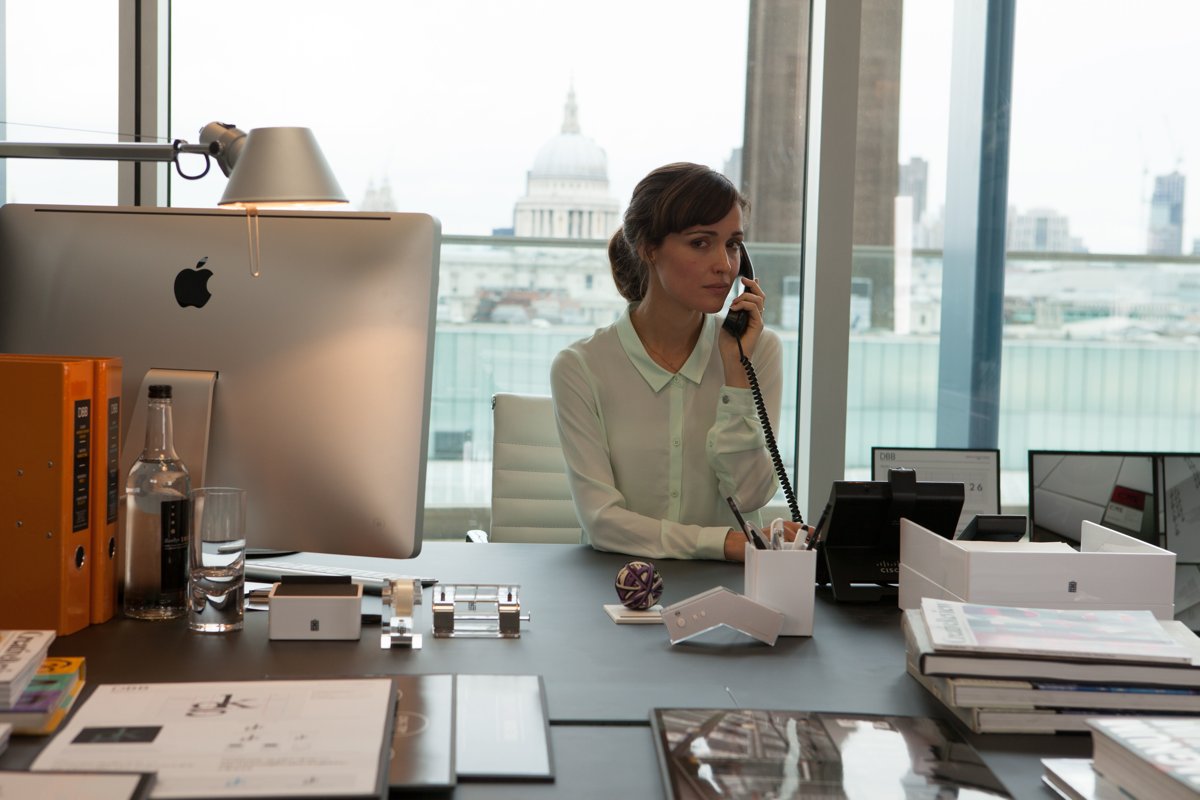 "Will Success Spoil What We Love about Rose Byrne?" On Film Racket, Pete Croatto muses on the career of Rose Byrne, who seems to have been in everything without ever quite becoming famous. But are those days over?

"Even without the headlining work —Bridesmaids, where she says she felt the effects of exposure, and TV’s award-winning Damages — we all knew Byrne. She was in the movie with Nicolas Cage. You know, with, what was it, an asteroid? And she was great in the one where she falls in love with the guy with Asperger's; we caught it on cable the other night. And she was in 28 Weeks Later. Or was it 28 Days Later? Or both." 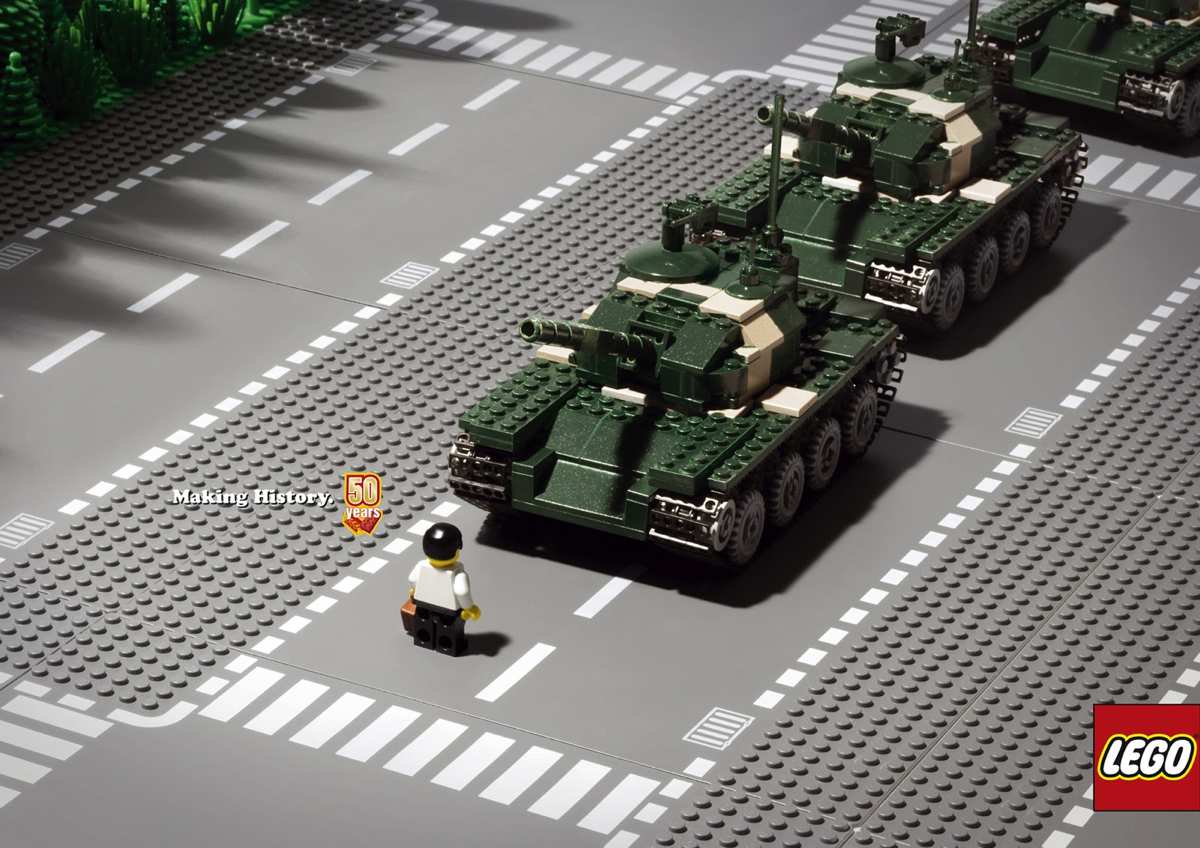 On Cultural Snow, Tim Footman considers a controversy over Cirque du Soleil using imagery from the Tiananmen Square massacre in a show.

Office Posture Matters: An Animated Guide from Flikli on Vimeo.

Jason Bittel of Slate.com wonders if any of us are paying attention to this video's good advice.