"The Legend of Harvey Scissorhands." By Vadim Rizov. Harvey Weinstein ordered Korean director Bong Joon-ho to cut 20 minutes from his already relatively lean 126-minute “Snowpiercer." Rizov tells of other indie and foreign releases that the mogul has trimmed, or butchered beyond recognition. Mortifying quotes in this one.

"Passive-aggressive punishment of filmmakers with final cut was standard. When Jim Jarmusch refused to alter 1995′s 'Dead Man,' the Weinsteins effectively dumped it. Two years later, a fuming Jarmusch interrupted a speech at the New York Film Critics Circle Awards dinner to snipe that Miramax showed 'Dead Man' 'in more press screenings than theaters.' ('Wow,' responded Albert Brooks. 'It is my fondest hope that Jim Jarmusch wins an Academy Award just so we can hear that speech.')" 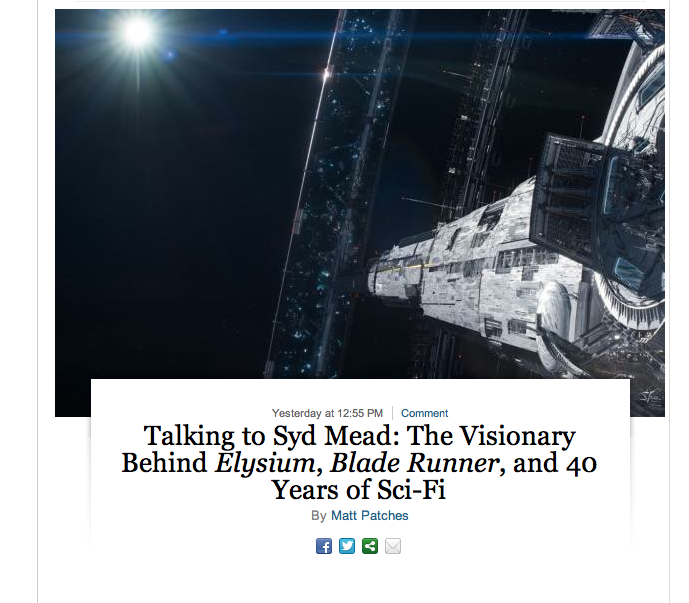 "Talking to Syd Mead, the Visionary Behind Elysium, Blade Runner, and 40 Years of Sci-Fi." By Matt Patches, for Vulture. Interview with the "visual futurist" who helped design the looks of many classic SF movies. Related: "10 Futuristic Sci-Fi Concepts That Could Actually Exist," by Drew Taylor, for The Playlist.

"You would like to have your stuff sustain. We call it being 'future-proof.' I did a series of books for United States Steel back in the sixties. Back then, I was fascinated with the Le Mans racing coupe, the closed coupe format, and making it into a retail item. Now they have the Murcielagos, the Gallardo, the Lamborghinis, and super cars. They're exactly what I was rendering 50, 60 years ago. My designs still drop in seamlessly. What it amounts to is taking the knowledge of what a technology can do and translating it with industrial design principals, all to synthesize what it would look like if you could do this or that." 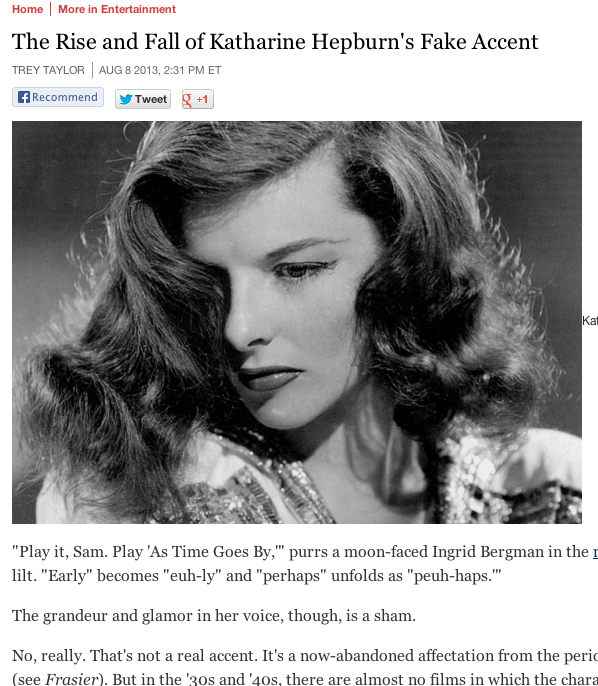 "The Rise and Fall of Katherine Hepburn's Fake Accent." By Trey Taylor, for The New Republic. You know that funny accent that a lot of old movie actors have? Here's how it came about.

"Talk like that today and be the butt of jokes (see Frasier). But in the '30s and '40s, there are almost no films in which the characters don't speak with this faux-British elocution—a hybrid of Britain's Received Pronunciation and standard American English as it exists today. It's called Mid-Atlantic English (not to be confused with local accents of the Eastern seaboard), a name that describes a birthplace halfway between Britain and America. Learned in aristocratic finishing schools or taught for use in theater to the Bergmans and Hepburns who were carefully groomed in the studio system, it was class for the masses, doled out through motion pictures." 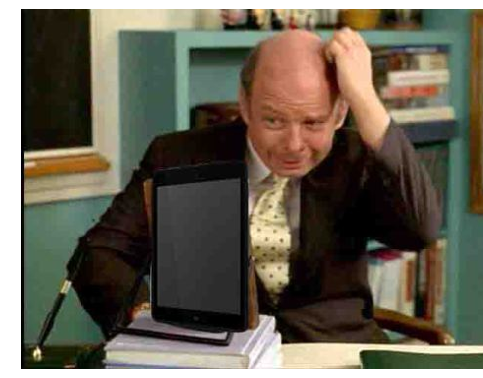 "My Twitter With Andre." By Fenster of Uncouth Reflections. Self-explanatory.

W: and why do you want to strip life of purpose, anyway?

A: staying busy is a way to avoid, no?

"Mel Gibson Confirmed as Bad Guy in 'Expendables 3'." Jeff LeBreque of Entertainment Weekly has the scoop. As more than one wag has noted, this is a role Gibson has already prepared for in life. 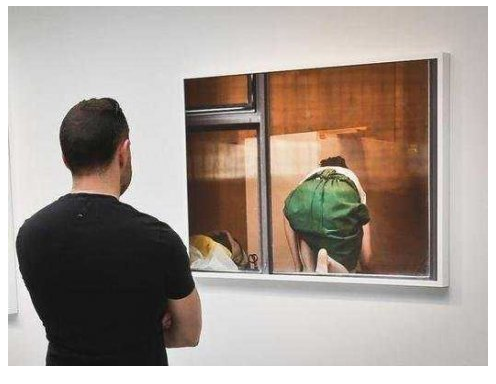 Associated Press photo of a man looking at a photograph by Tribeca artist Arne Svenson, who used a telephoto lens to shoot neighbors in an adjacent building doing mundane things. Two people sued him for invasion of privacy. The judge threw the case out of court. Read Selim Algar's New York Post story here.

"From One Second to the Next." A film by Werner Herzog warning of the dangers of texting while driving.