"The Lost Girls": The Huffington Post's Jason Cherkis pens a vivid piece on the seamy underbelly of 70s rock, profiling Jackie Fuchs of The Runaways and manager Kim Fowley.

“After rejecting Jackie as lead guitarist, Fowley asked if she could play bass. She never had, but told him she would give it a try. The audition was the next day. She took three buses to get to the mobile home that served as the Runaways’ rehearsal space. There was old carpet on the floor and a shoddy P.A. system that never worked well enough to let anyone actually hear the vocals. Jackie plugged in and awkwardly started to pluck at her borrowed bass. The other girls sensed she was a novice and didn’t like that she played with a pick. But Fowley told them that if they didn’t hire her, they’d have to cancel shows he had lined up. It would cost him money. One by one, the other band members—singer Cherie Currie, lead guitarist Lita Ford, rhythm guitarist and singer Joan Jett, and drummer Sandy West—voted her in. Jackie Fuchs became Jackie Fox—and Fowley became her boss, her mentor, her provider. Jackie called her mom, Ronnie, with the good news. ‘But you don’t know how to play bass,’ Ronnie protested. Jackie’s father was just as confused. Their skepticism faded after Fowley met with Ronnie at her home and explained his plans for Jackie and the band—how they would always have a bodyguard, a social worker and tutors with them. He stayed up with her until two in the morning, wheedling, counter-arguing, soothing. When he finally left, Ronnie had been worn down. ‘At that point I would have signed a contract for both my kids to be slaughtered in front of me,’ Ronnie wrote her own parents immediately afterward.” 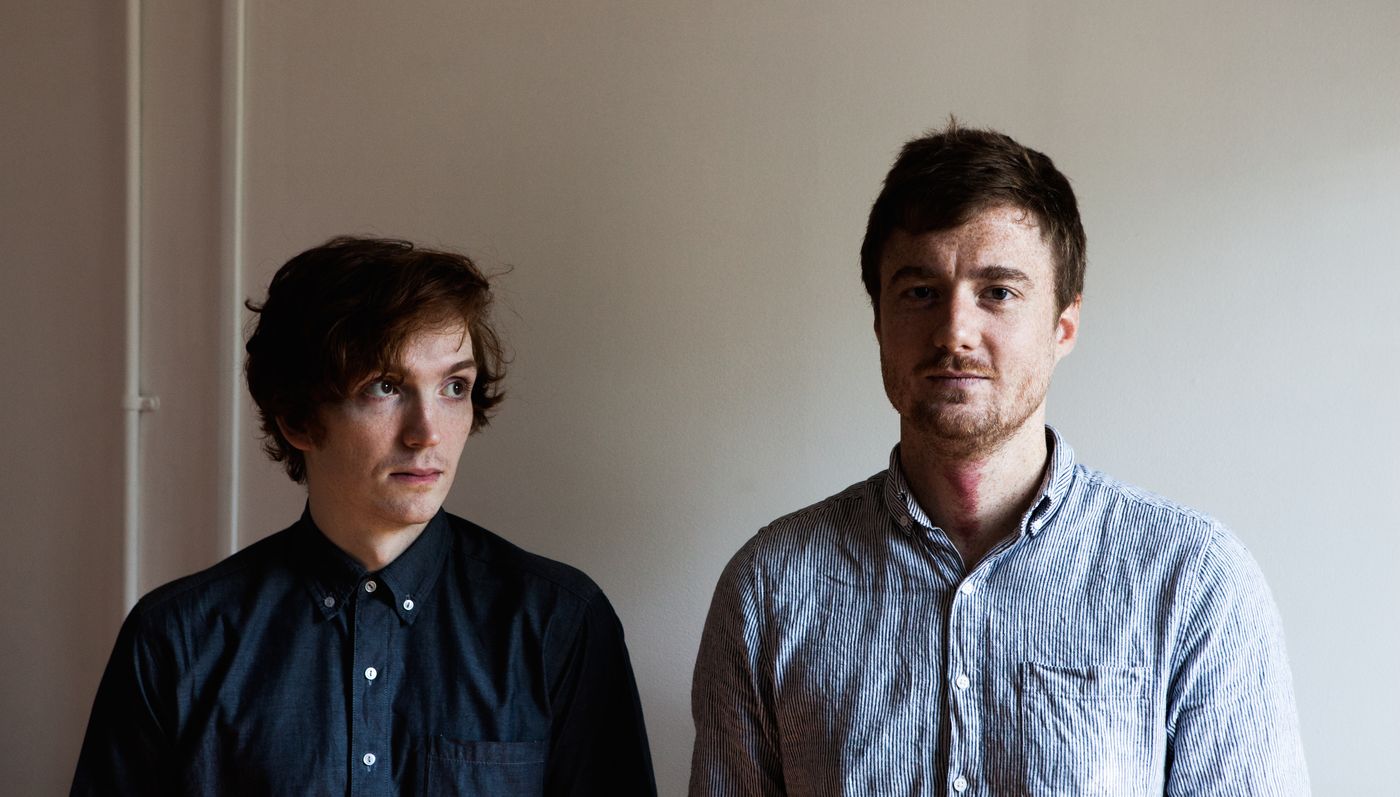 "Website, Profiled: Why are the most important people in media reading The Awl?": The Verge's Josh Dziena has the answer.

“Founded in 2009 by Choire Sicha and Alex Balk, The Awl stands counter to the prevailing trends in the media industry, commenting skeptically on the conventions of the wider web while running a mix of stories that are both wide-ranging and unabashedly specific: writerly reviews of the previous day’s weather, deconstructions of minion memes, tirades against negronis and the Moon, personal essays, deadpan lists, poetry. The site’s tone, knowingly smart and aloof from the news cycle, is especially popular among people who work in media, and it has become a farm team for larger publications. Lately, under the editorship of Herrman and Matt Buchanan, it also publishes some of the most incisive criticism about the ongoing collision of media and technology. The Awl’s unique position is partly the result of its business practices and goals. The site has expanded into a network, with the comedy site Splitsider, the women-oriented site The Hairpin, and the personal finance site The Billfold. At a time when venture capital feels abundant, it’s entirely self funded and profitable, though with a very thin cushion. In an industry obsessed with rapid growth, the editors are wary of scaling up. When the company expands — as it plans to do soon with a new parenting site run by former Gizmodo editor Brian Barrett — it does so cautiously, by partnering with writers. A few months ago, The Awl gained a newsletter by bringing Laura Olin’s Everything Changes under the site’s banner, and now Buchanan and Herrman are launching a podcast, which they’ll host, record, and edit themselves.” 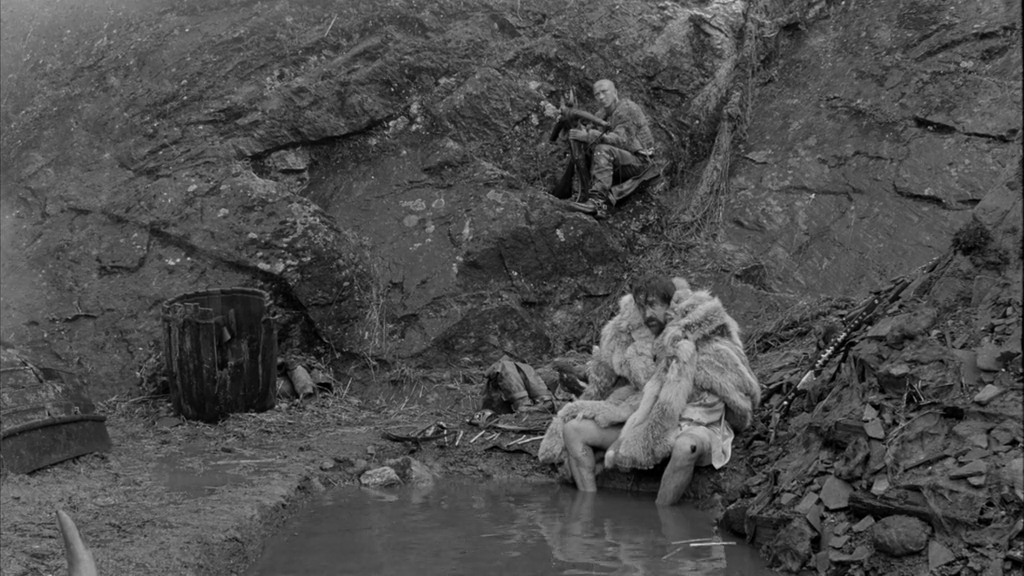 "The Tree of Knowledge": The brilliant film writer, Scout Tafoya, analyzes the cinema of "Hard To Be A God" director, Aleksei German, at his blog.

“German achieves total immersion in this world through a three-pronged attack. First, he jams the frame with extras so deep in character Meryl Streep should be losing Oscars to them, each betraying a lifetime spent in ignorance through a handful of gestures. Second, the camera moves like the inebriated cousin of Terrence Malick's god's eye view in 'The Tree of Life' and 'The New World.' Rather than blinking when its overwhelmed by creation and jumping to the next dizzy steadicam shot, 'Hard To Be A God' stares dumbly for as long as it can manage until it begins to tear up from the smoke and dust in the air. Third, objects and characters rush into the frame like deer jumping in front of your car. There is no time to get used to their presence, nor any use, as they're often gone before any sense can be made of their appearance. Tempting as it is to extend the Malick comparison – it feels more like an inversion of the American poet’s style than a compliment to it – a more useful reference point might be Andrzej Żuławski's half-finished post-punk sci-fi odyssey 'On The Silver Globe.' In that kindred film, memories are recorded on panes like antique photographs. In both films, you become an unremarked upon character in every scene, a sensation helped by people often staring into the lens. Which is a long way of saying that the film doesn’t tell a story so much as crawl through a fully realized, grotesquely tactile landscape. You're in this up to your neck, whether you like it or not.” 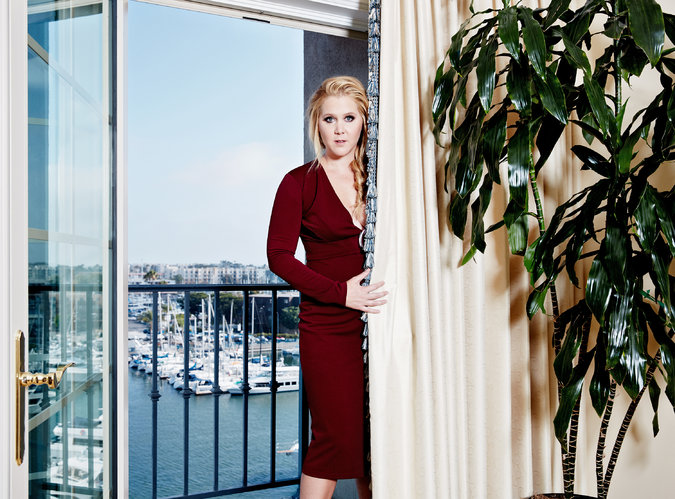 "The Sneaky Power of Amy Schumer, in 'Trainwreck' and Elsewhere": Melena Ryzik of The New York Times writes an in-depth essay on the comic genius.

“Sitting recently in the cafe atop the Comedy Cellar, the West Village clubhouse for comedians, in between therapy and hair appointments, Ms. Schumer reflected on her mouthy confidence. ‘My whole life, I felt like people wanted the girls to be a little quieter,’ she said, an attitude she rejected early. (‘We were always raised to believe that we have worth and should express ourselves,’ her sister added later. They also have an older brother, Jason Stein, a jazz musician.) As her family went through a turbulent period — a divorce, a bankruptcy, a diagnosis of multiple sclerosis for her father — Ms. Schumer turned to comedy as an escape. She earned a theater degree at Towson University in Maryland, where her feminism deepened. ‘I’ve always been hos before bros,’ she said. ‘Madame Bovary, I felt for her, the injustice. After I read ‘A Doll’s House,’ I was like, well, all is lost.’ Back in New York after college, she studied the Meisner acting technique, bartended and began to develop her persona. As a leggy blonde with an athletic background — she played volleyball in college — ‘I just don’t look like I’m going to be funny,’ she said. Bouncing off that type, she found a rapport with audiences, especially when it came to talking, in uninhibited, juicy detail, about libido. ‘I thought, oh my God, I don’t think I ever saw a female comic talk about sex like this,’ she said. ‘I was like, I’ll be that voice.’ Club bookers and network executives discouraged her — ‘People would say, ‘It’s a lot about sex’’ — but she persevered. ‘Have you had a sexual experience that wasn’t, on some level, hilarious?” she said. ‘Maybe five times in my whole life. It’s so fun to be honest about that stuff.’ (A discussion of whether it’s all right to masturbate in front of your pets followed. Consensus: Yes, but cats are better than dogs.)” 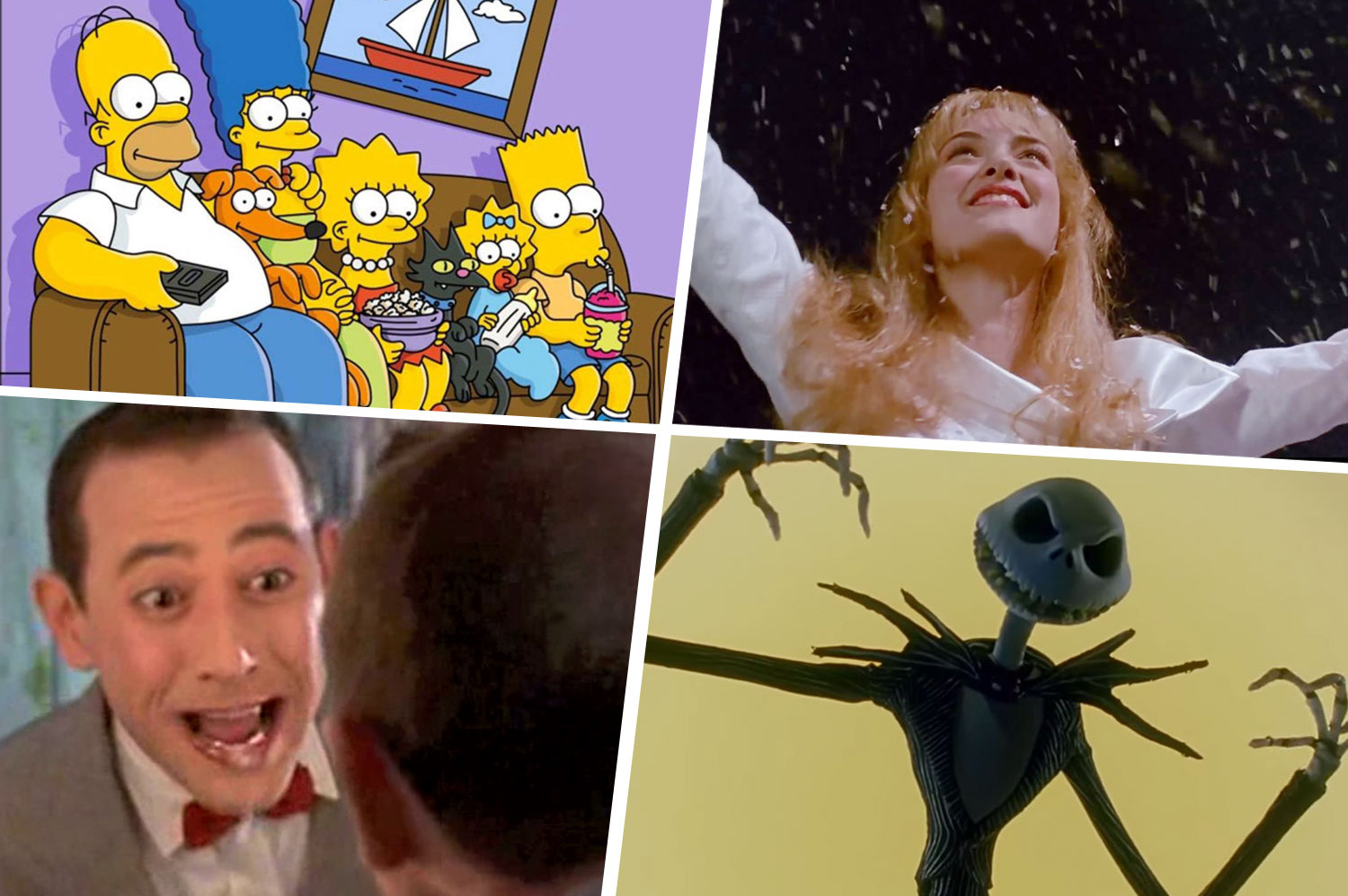 "Danny Elfman Tells the Stories Behind 8 of His Classic Scores": A marvelous interview with the great composer conducted by Vulture's Olivia Collette.

“It's hard not to notice children’s choirs on several Elfman tracks. Normally that sound would be reassuring, but in Elfman’s hands, it’s otherworldly and unsettling. You never feel very grounded when the chorus chimes in, as if they're singing a gorgeous warning. The children’s choir particularly characterizes ‘Edward Scissorhands.’ Elfman can’t say exactly why he’s drawn to this type of vocal work, but he knows he likes it. ‘I’ve always enjoyed using some kind of choir, or the boys’ soprano soloist; there’s just something about the sound of children that particularly gets me,’ he explained. ‘There was nothing to indicate what music should be played for this movie. I had two themes for Edward Scissorhands but no themes for anybody else. That’s just the way it came together. Frequently, my process isn’t really a process. It’s what scenes form in front of me and trying to explain it. I don’t know what made me want to use children’s voices other than telling the story and telling the fairy tale. I think that probably opened the door to Tchaikovsky and using a choir in that way, I’m sure. But it’s all very unconscious … ‘Edward’ was a really cool process of being left alone with Tim. Nobody was watching over our shoulders, nobody even seemed concerned that we were even writing a score or working on the music. We were just two weird guys working on our own, under the radar and everything. And the result was ‘Edward.’” 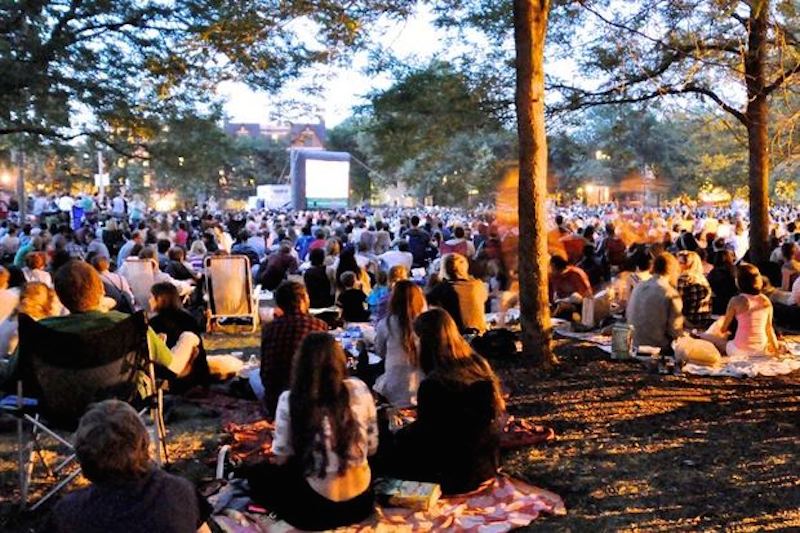 The Chicago Park District has announced the official schedule and venues for the Chicago Onscreen Local Film Showcase, featuring outdoor screenings of movies by Windy City filmmakers every Sunday through August 9th.