"Letter to My Son": The Atlantic publishes an extraordinary piece by Ta-Nehisi Coates, who explains to his son how, "in America, it is traditional to destroy the black body—it is heritage."

“Americans deify democracy in a way that allows for a dim awareness that they have, from time to time, stood in defiance of their God. This defiance is not to be much dwelled upon. Democracy is a forgiving God and America’s heresies—torture, theft, enslavement—are specimens of sin, so common among individuals and nations that none can declare themselves immune. In fact, Americans, in a real sense, have never betrayed their God. When Abraham Lincoln declared, in 1863, that the battle of Gettysburg must ensure ‘that government of the people, by the people, for the people, shall not perish from the earth,’ he was not merely being aspirational. At the onset of the Civil War, the United States of America had one of the highest rates of suffrage in the world. The question is not whether Lincoln truly meant ‘government of the people’ but what our country has, throughout its history, taken the political term ‘people’ to actually mean. In 1863 it did not mean your mother or your grandmother, and it did not mean you and me. As for now, it must be said that the elevation of the belief in being white was not achieved through wine tastings and ice cream socials, but rather through the pillaging of life, liberty, labor, and land.” 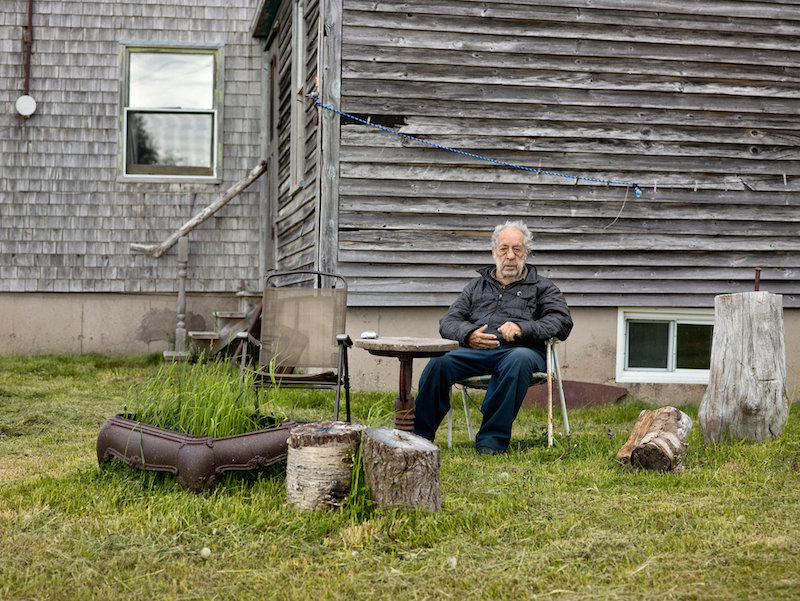 "The Man Who Saw America": Nicholas Dawidoff of The New York Times profiles Robert Frank, "the most influential photographer alive."

“Sixty years ago, at the height of his powers, Frank left New York in a secondhand Ford and began the epic yearlong road trip that would become ‘The Americans,’ a photographic survey of the inner life of the country that Peter Schjeldahl, art critic at The New Yorker, considers ‘one of the basic American masterpieces of any medium.’ Frank hoped to express the emotional rhythms of the United States, to portray underlying realities and misgivings — how it felt to be wealthy, to be poor, to be in love, to be alone, to be young or old, to be black or white, to live along a country road or to walk a crowded sidewalk, to be overworked or sleeping in parks, to be a swaggering Southern couple or to be young and gay in New York, to be politicking or at prayer. The book begins with a white woman at her window hidden behind a flag. That announcement — here are the American unseen — the Harvard photography historian Robin Kelsey likens to the splash of snare drum at the beginning of Bob Dylan’s ‘Like a Rolling Stone’: ‘It flaps you right away.’ The images that follow — a smoking industrial landscape in Butte, Mont.; a black nurse holding a porcelain-white baby or an unwatched black infant rolling off its blanket on the floor of a bar in South Carolina — were all different jolts of the same current. That is the miracle of great socially committed art: It addresses our sources of deepest unease, helps us to confront what we cannot organize or explain by making all of it unforgettable. ‘I think people like the book because it shows what people think about but don’t discuss,’ Frank says. ‘It shows what’s on the edge of their mind.’” 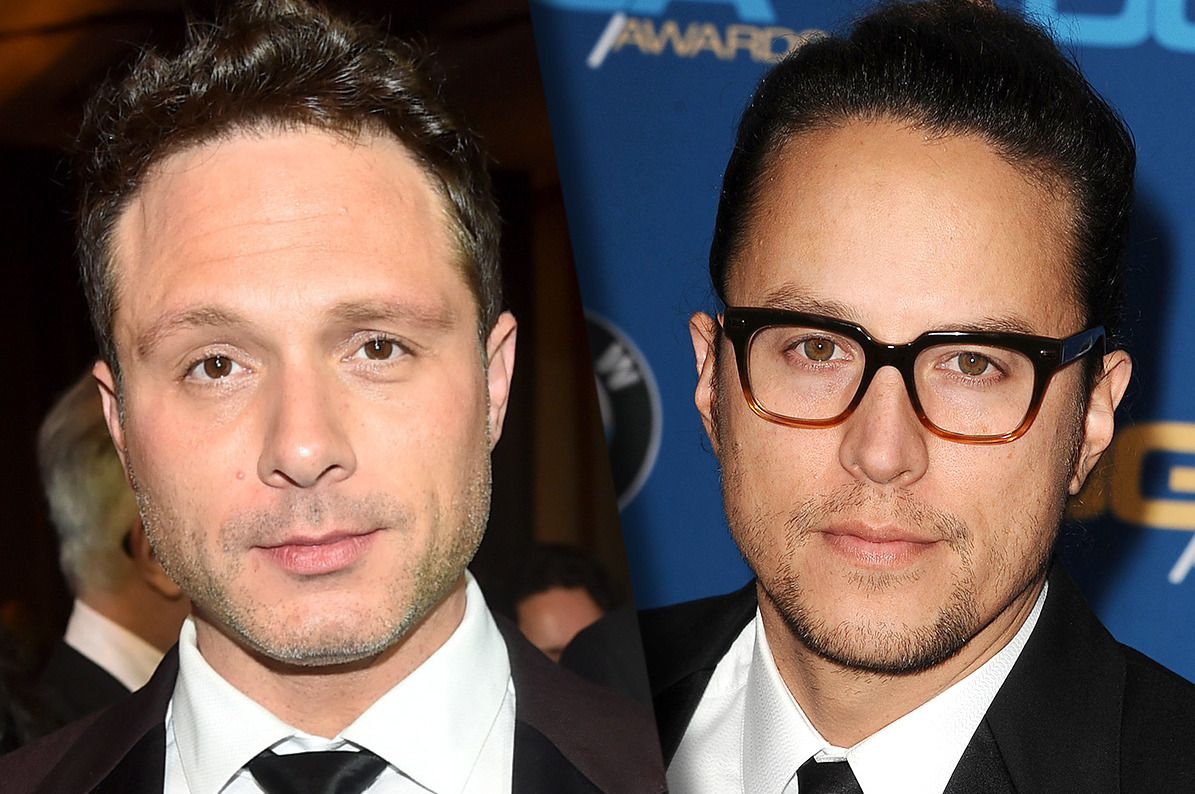 "So, What's Going On Between Nick Pizzolatto and Cary Fukunaga?": Vulture's Nate Jones reports on the alleged tension between the "True Detective" collaborators.

“On Sunday night's episode of ‘True Detective,’ Ray Velcoro (Colin Farrell) and Ani Bezzerides (Rachel McAdams) visit a film set presided over by the worst person in the world: In a few scant minutes of screen time, we learned that the film's director is an alcoholic prima donna who alienated his crew and got mixed up in sex-party shenanigans that led to the death of a local politician. Oh yeah, and this horrible man just so happens to bear a clear resemblance to former ‘True Detective’ director Cary Fukunaga, all the way down to his distinctive hairstyle. Assuming this wasn't just an unfortunate coincidence — and in the world of ‘True Detective,’ there are no coincidences — this sequence should go down as the most passive-aggressive TV scene of 2015. Rumors of tension between Fukunaga, who directed all eight episodes of season one, and Nic Pizzolatto, who has written every episode of the show, have swirled since before the series even aired, but the two men have kept a tight lid on exactly what happened between them. Fukunaga said all the right things after it came out he wouldn't be back for the show's second season — other projects, heavy workload — and he remains onboard as an executive producer. But judging from Sunday night's scene, it seems there's a little lingering bad blood between the two, at least on Pizzolatto's side. Why? Let's put on our terrible mustaches, gaze morosely out into the night, and do some true detective-ing!” 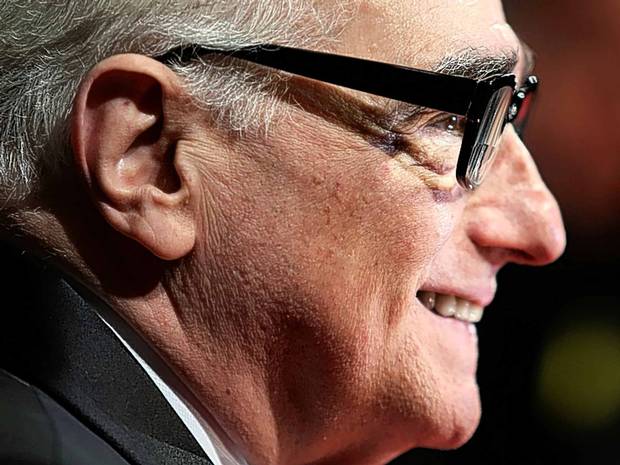 "Martin Scorsese on 'The Third Man': The best revelation in all cinema": The iconic director discusses his love of Carol Reed's 1949 masterpiece at The Independent.

“About four months ago, I screened a beautiful 35mm print of the picture for my daughter and her friends. ‘Why do we keep watching this?’ I suppose it's [Joseph] Cotten and [Alida] Valli – that's the emotional core of the picture. For instance, the scene where Holly Martins (Cotten) finally goes to her apartment. He's a little drunk, and he tells her he loves her and he knows he doesn't have a chance. That's when she says, ‘The cat only liked Harry.’ So that leads right into the great revelation of Harry Lime in the doorway with the cat – which is iconic. But it's more than that – it's one of the great epiphanies in movies: the cat turning the corner and nestling itself on those wing-tip shoes, and then Harry Lime being revealed when the light is turned on in the doorway and it shines in his face. Remember Walker Percy's great novel The Moviegoer? He refers to that moment in such a beautiful, special way. It became a moment internationally, a shared experience for a vast audience seeing that film. It's not just a dramatic revelation – there's something about Orson Welles' smile at that point that shifts everything to another level, and it sustains no matter how many times you see it. Welles comes into the picture about halfway through. That's the first time you actually see him, after you've spent so much time picturing him in your mind because everyone has been talking about him and thinking about him. So that might be the best revelation - or the best reveal, as they say - in all of cinema.” 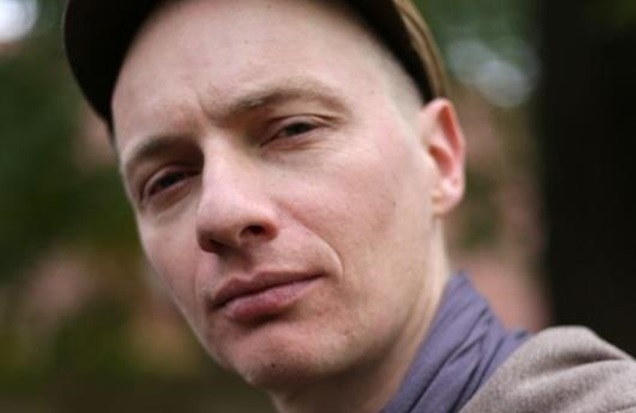 “Did your views change at all when creating and shooting the film? Or was it a simple form of catharsis, venting some of your ideas on screen? [Brüggemann:] ‘The whole thing felt like creating a monster, but a cathartic monster indeed. It’s like a demon that you blow up to huge proportions, then go ahead and kill it in public. Through the whole process of writing, however, I was more or less convinced that nobody would ever finance this in Germany, and I was doing it for my own solitary pleasure. Shooting, later on, was just a matter of racing through a deadly schedule of 30 days, with no time for second thoughts.’ You said you were convinced no-one would fund the film. Was it a struggle to get the finance or were you surprised when people came on board? How supportive have the funders been? [Brüggemann:] ‘First, I didn’t even approach anybody, but wrote for myself. Then we won the Silver Bear for “Stations of the Cross”, and I knew we had a chance. If you think of the film business as a computer game (there are certain similarities), an award like this promotes you to the next level, and your avatar gets a big new weapon, but you can only fire that weapon once. Financing still wasn’t a walk in the park, people were skeptical, two funding bodies approved, one didn’t, so we still were short on money.’” 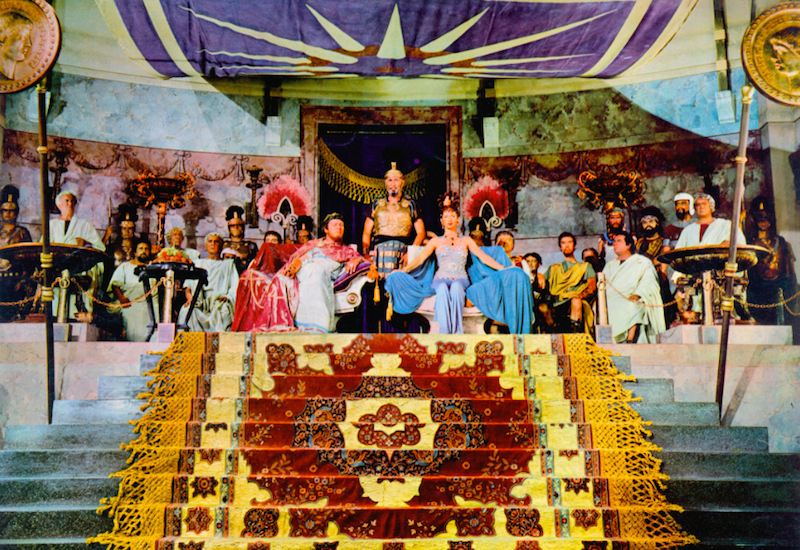 At The New York Times, Ben Kenigsberg looks at the past century of Technicolor in cinema in his piece on "saturation and subtlety in filmmaking."

Story Brain presents, "The WETA Effect, or, Why Special Effects Peaked in the 90's."