“About 20 young acting students and a dozen established stars — including Sean Penn, Nick Nolte, Edward James Olmos, Whoopi Goldberg and Harry Dean Stanton — had gathered to learn at the feet of the greatest thespian of the 20th century. He didn't disappoint. When the doors flung open, the 78-year-old Brando appeared wearing a blond wig, blue mascara, a black gown with an orange scarf and a bodice stuffed with gigantic falsies. Waving a single rose in one hand, he sashayed through the warehouse, plunked his 300-pound frame onto a thronelike chair on a makeshift stage and began fussily applying lipstick. ‘I am furious! Furious!; Brando told the group in a matronly English accent, launching into an improvised monologue that ended, 10 minutes later, with the actor turning around, lifting his gown and mooning the crowd. And that, it turned out, would be one of the more decorous moments of ‘Lying for a Living,’ the wild 10-day symposium — as much a 1960s- style ‘happening’ as it was an acting course — that Brando organized and led in November 2001, less than three years before his death. The event is little recalled today — and even back then it slipped mostly under the radar — but those daylong classes, where movie stars mingled with midgets, Madonna's ex-boyfriend nearly caused a riot and an Osama bin Laden look­alike almost gave Jon Voight a coronary, was a never-to-be-repeated moment of Hollywood letting its freak flag fly. It also featured some of the strangest, and some would say finest, performances of Brando's later years.” 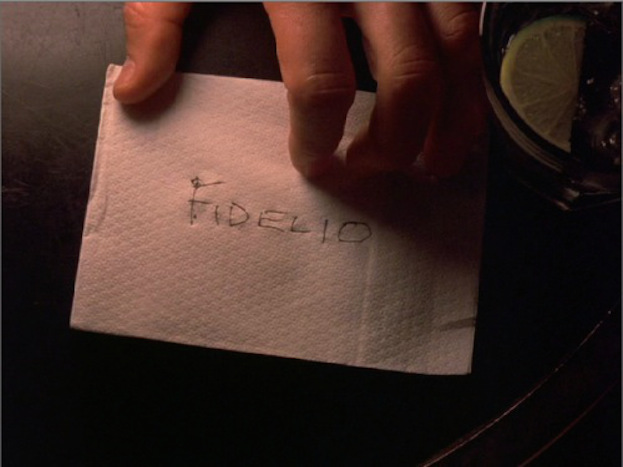 “An attractive married couple — Cruise is Bill Harford, a doctor; Kidman is Alice Harford, a stay-at-home mother to their young daughter — attend a fancy party during which both are separately, unsuccessfully seduced. In the fuzzy exchange that follows, Alice offers a confession: Last summer, while on a family vacation, she saw a handsome naval officer she was so intensely drawn to that she would have, she believes, thrown her life away to be with him. She never took step one to consummate the fantasy, she explains. But the revelation is enough to unmoor Dr. Harford, who almost immediately begins a long night of profound sexual weirdness. First comes a confession of love from the bereaved daughter of a dead patient. Then, a pleasant encounter with a quiet, dangerous sex worker. And finally — plink-plink-plink-plink — that inimitable illuminati sex party. There, masked men in robes watch other masked men have sex with naked women in masks as atonal chanting — actually recordings of Romanian priests, run backward — rings out. It’s an honest-to-god orgy. And when the good doctor is discovered as an intruder, a self-sacrifice from a mysterious young lady is the only thing that saves him from what we assume would be certain death. That ‘Eyes Wide Shut’ has its detractors is not only understandable, it’s inevitable. Sixteen years later, the question persists: What is this thing?” 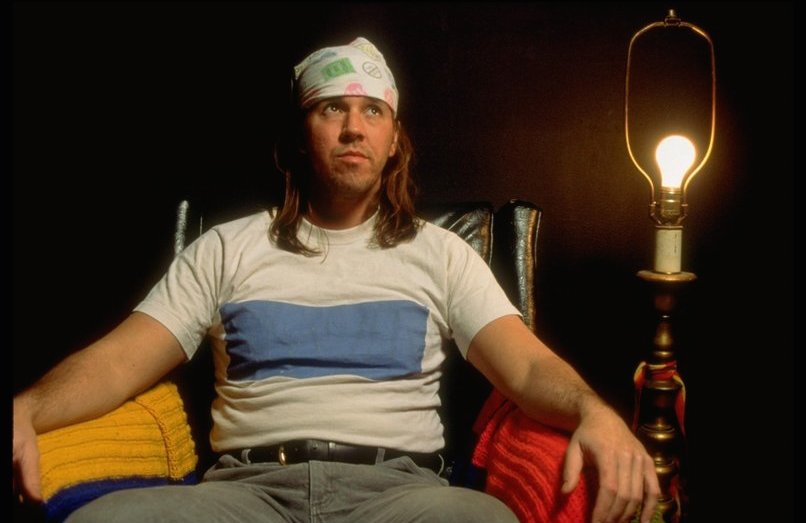 "5 David Foster Wallace Essays You Should Read Before Seeing 'The End of the Tour'": An invaluable compilation from GQ's Lauren Larson.

“The titular essay of Wallace’s collection Consider the Lobster began as a story for Gourmet. Following the tradition of sending Wallace to a mega-American event (see above) Gourmet sent Wallace to the Maine Lobster Festival. Every sentence of the essay is solid gold, and you will learn more about lobsters and life than you ever thought possible. As with all of Wallace’s writing, one must never skip the footnotes. Case in point, this tiny drama in note 11: ‘The short version regarding why we were back at the airport after already arriving the previous night involves lost luggage and a miscommunication about where and what the local National Car Rental franchise was—Dick came out personally to the airport and got us, out of no evident motive but kindness. (He also talked nonstop the entire way, with a very distinctive speaking style that can be described only as manically laconic; the truth is that I now know more about this man than I do about some members of my own family.)’” 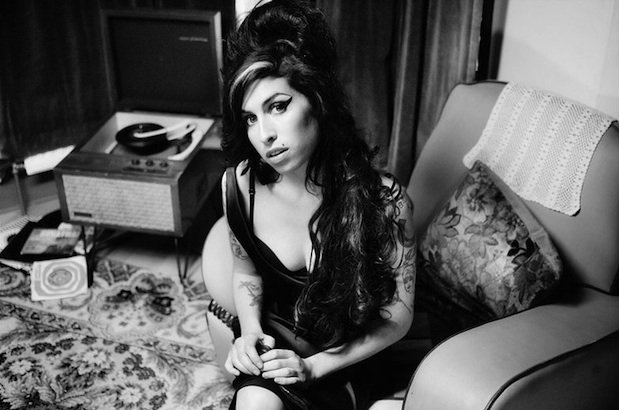 "Amy Winehouse, Kurt Cobain and the Gendering of Martyrdom": Pitchfork's Molly Beauchemin compares two of the year's most acclaimed documentaries.

“In the course of ‘Amy,’ a newscaster reports on Winehouse’s infamous meltdown in Serbia by commenting that ‘she had the chance to make a big comeback and she totally BLEW it!’ while laughing through a segment that dovetails with George Lopez announcing that Winehouse had won a Grammy by saying, "someone call and wake her up at 6 PM and let her know" before calling her “a drunk” with a derisive scoff. A slurry of ugly tabloid images fly across the screen and we see paparazzi preying upon her existential nadir-- meanwhile, ‘Montage of Heck’ posits a cache of neat magazine covers that offer obsequious, reverential coverage of a man whose drug addiction was portrayed as incidental to his supreme talent. Even though both deaths were motivated by depression underscored by narcotics and celebrity, ‘Montage’ depicts a context in which the public was willing Cobain to succeed, whereas Winehouse, when confronted with similar drug-addled obstacles, was met with ridicule and slander. If ‘Amy’ proves anything about the life and times of Winehouse, it’s that newscasters, tabloids, and even respected media outlets reported on her shortcomings with enough thinly-veiled aggression to weaken what little resolve the drugs hadn’t already sapped. Cobain’s struggle with drugs, meanwhile, was all but an open secret while he was alive, whispered about or written around in order to maintain good graces and access to the superstar and his band. The unequal treatment here is not new.” 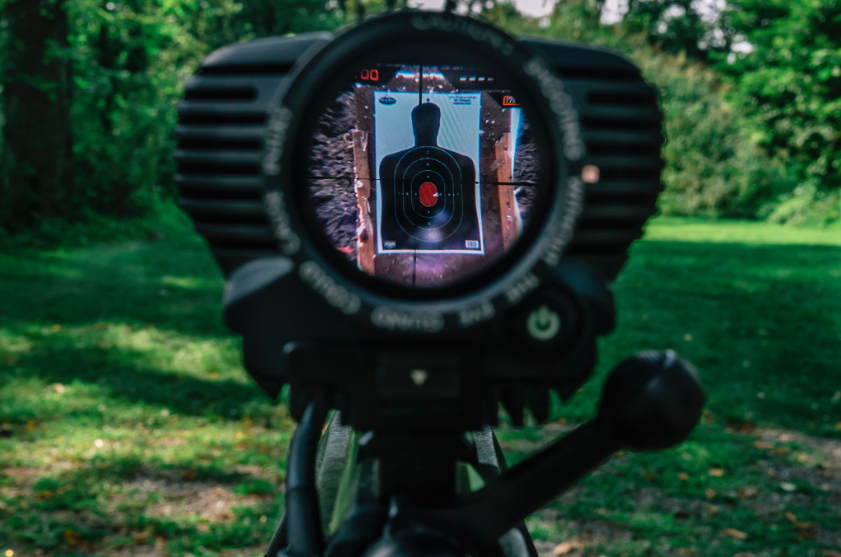 "Hackers Can Disable a Sniper Rifle—Or Change Its Target": A frightening report from Andy Greenberg at Wired.

“At the Black Hat hacker conference in two weeks, security researchers Runa Sandvik and Michael Auger plan to present the results of a year of work hacking a pair of $13,000 TrackingPoint self-aiming rifles. The married hacker couple have developed a set of techniques that could allow an attacker to compromise the rifle via its Wi-Fi connection and exploit vulnerabilities in its software. Their tricks can change variables in the scope’s calculations that make the rifle inexplicably miss its target, permanently disable the scope’s computer, or even prevent the gun from firing. In a demonstration for WIRED, the researchers were able to dial in their changes to the scope’s targeting system so precisely that they could cause a bullet to hit a bullseye of the hacker’s choosing rather than the one chosen by the shooter. ‘You can make it lie constantly to the user so they’ll always miss their shot,’ says Sandvik, a former developer for the anonymity software Tor. Or the attacker can just as easily lock out the user or erase the gun’s entire file system. ‘If the scope is bricked, you have a six to seven thousand dollar computer you can’t use on top of a rifle that you still have to aim yourself.’” 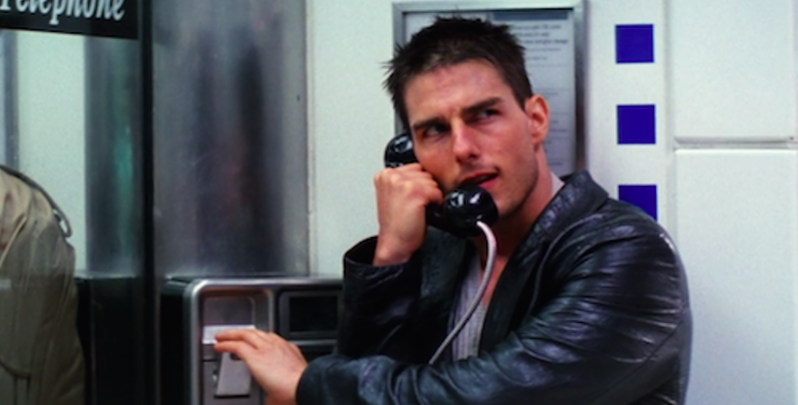 At Screen Crush, Matt Singer presents a humorous look at the outdated technology from the first "Mission: Impossible" film.