"A 'Dawn of the Dead' '78 That You Probably Never Knew Existed." Jayson K has the lowdown on what happened when when Dario Argento's international cut of George Romero's "Dawn of the Dead" (1978) aired on TV in Japan. Elsewhere: Paul Ramaeker recounts his experience seeing Argento's "Suspiria" at the New Zealand International Film Festival, where Goblin provided live accompaniment for the film.

"In presenting the movie on TV[,] the distributor, Herald, felt that an explanation was needed for the rise of the dead. A short introduction was attached stating gamma rays from a massive explosion far off in space two weeks prior caused the outbreak (
Advertisement
in both English and Japanese text). This is the most well known change; however, Herald went further and not only performed a language dub but actually redubbed everything with sound effects replaced and even the soundtrack altered. This is where things get really interesting with the birth of what's known as the '"Suspiria" Cut.'" 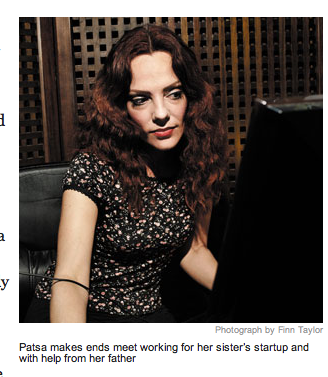 "Jobs of any kind are scarce in today's Greece. Nearly six years of deep recession have swept away a quarter of the country's gross domestic product, the kind of devastation usually seen only in times of war. In a country of 11 million people, the economy lost more than a million jobs as businesses shut their doors or shed staff. Unemployment has reached 27 percent — higher than the U.S. jobless rate during the Great Depression — and is expected to rise to 28 percent next year. Among the young, the figure is twice as high. Meanwhile, cuts to Greece's bloated public sector are dumping ever more people onto the job market. In July, 25,000 public workers, including teachers, janitors, ministry employees, and municipal police, found out they would face large-scale reshuffling and possible dismissal. An additional 15,000 public workers are slated to lose their jobs by the end of 2014." 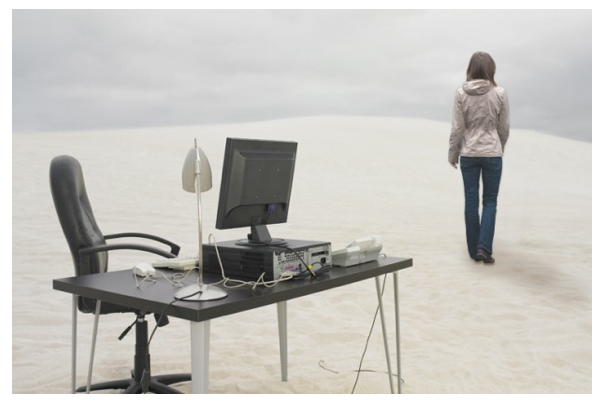 "When blogs go dark." Even when it's healthy, disappearing from the web is harder to do than ever, writes Salon's Anna North.

"Twitter and Facebook may have replaced personal blogs to some degree, but for a lot of writers the personal site remains important — especially if they hope to make money on their work. And the confessional atmosphere of the early aughts has, some say, been eclipsed by a more professional one in which every post is a branding opportunity — which means walking away, or even admitting the desire to, can be especially difficult."

"The Cronenberg Series Part 7: God's Been a Real Sport to Me." As part of an ongoing Cronenberg project, Bill R. of The Kind of Face You Hate revisits 1983's "The Dead Zone." 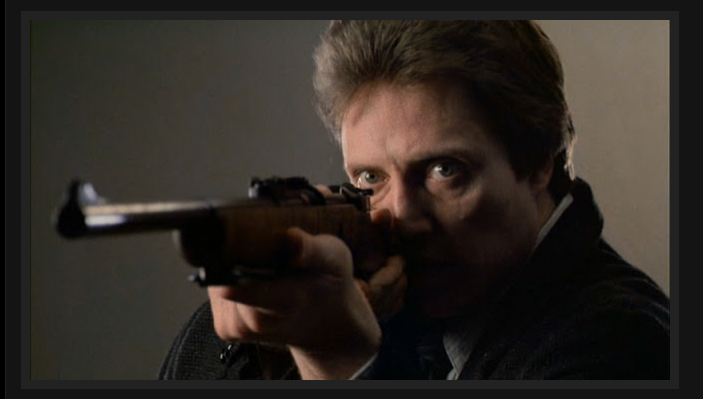 "Along with being an appealing way to tell the story of Johnny Smith — which is really what 'The Dead Zone'  is, and less a plot-heavy thriller, though it puts on a pretty good show of being the latter as well — this helps bring some of Cronenberg's particular interests into play. One constant in Johnny's life (Sarah drops in and out through the course of the film, and Johnny's father, played by Sean Sullivan, disappears from the action once Johnny flees town after the serial killer incident) is his doctor, Sam Weizak (Herbert Lom). One of the saner men of science to appear in a David Cronenberg film, Weizak has seen Johnny's powers work first-hand, and he takes both a professional interest as well as, because he likes Johnny, a personal interest in the man's life. Through their various conversations, we eventually learn that Johnny's psychic abilities are actually taking a physical toll on him, and it appears that the more he uses them, the faster he is killing himself. So again, in a Cronenberg film (this, by the way, is a slight change from the novel, though it all adds up to the same thing in the end) the body finds new ways to collapse in on itself." 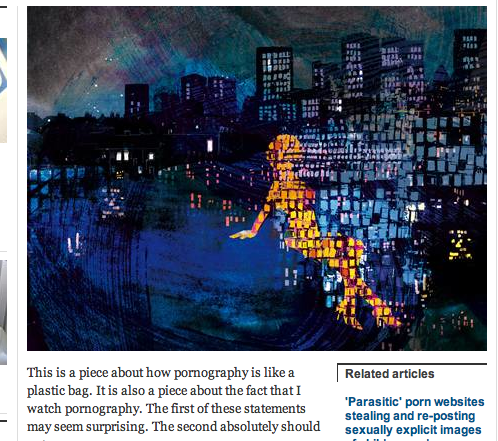 "Many speeches and gallons of ink later, we don't seem to have got very much further than the principles that children shouldn't see pornography, and no one should see images of child abuse. We can't even agree on whose responsibility it is to enforce these axioms, on whether it's technically possible, or on whether The Sun should be subjected to the same rules as YouPorn. We certainly haven't managed a mature conversation about what sort of moral framework we want to apply to pornography. To me, the explanation for this seems obvious. Everyone is willing to say: pornography is everywhere. Almost no one is willing to say: and I have seen some of it." 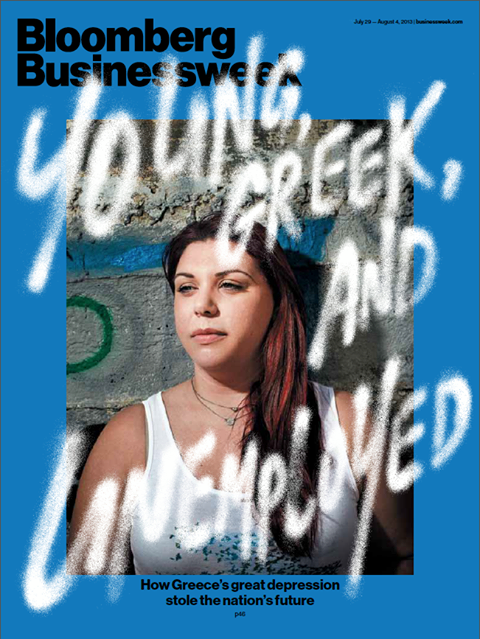 "Young, Greek and Unemployed." Bloomberg BusinessWeek's cover image for the article above.