"Madison Davenport on 'A Light Beneath Their Feet'": At Indie Outlook, I interview the hugely talented star of Valerie Weiss' sublime film, now available on DVD and iTunes.

“[Davenport:] ‘You’ve got a 17-year-old girl looking after a full-grown woman. As much as she tries not to, Beth is a bit of an enabler for her mother. What’s so great about the movie is that it leaves you wondering what Beth’s ultimate decision is: does she continue to enable her mother and stay nearby or does she do something for herself?’ [Indie Outlook:] ‘To me, it seemed that Gloria had to be on her meds for nobody but herself before she could truly get healthier.’ [Davenport:] ‘Totally. On a much smaller level, it’s like going on a run. You can have somebody behind you going, ‘Do it! Do it! Do it!’ but until you find it in yourself to run that mile, you are gonna hate it the whole time. You are going to hate the person behind you too, or you will become dependent on them. That’s kind of like the relationship between Gloria and Beth. You’ve got Beth cheering Gloria on and you’ve got Gloria saying, ‘What happens when you leave? How will I be able to continue without you?’’ [Indie Outlook:] ‘Valerie told me that you’re not a big fan of rehearsals. Does avoiding overpreparation keep your work more intuitive?’ [Davenport:] ‘Yes, I feel like once you overthink things, it can become too mechanical. I’ve worked with a few directors who finish shooting a scene after two takes, and that’s an actor’s dream. At least it is for me. I know a lot of people who like to rehearse and rehearse, but I like only one rehearsal to get the feel of the scene, and then I am good to go. That way, you don’t waste any of those true moments. The truth all comes out when you are in the scene and you find what feels right without having to think about it. It’s just who I am in the moment.’” 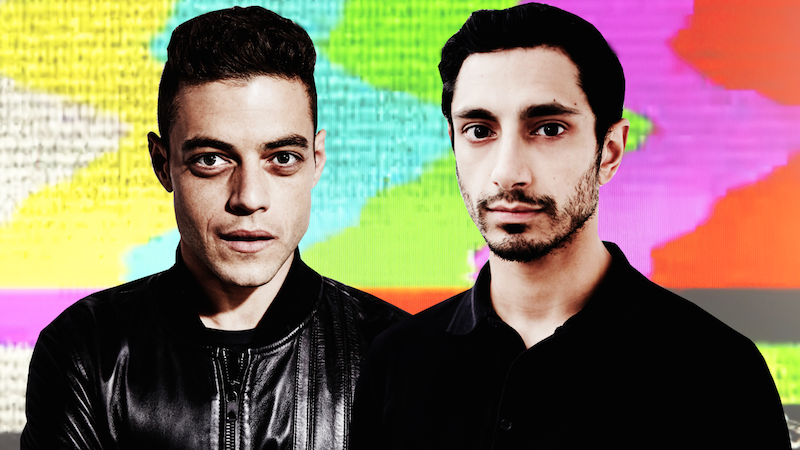 "How television is redefining masculinity for South Asian and Middle Eastern men": Fusion's Isha Aran makes her case for why the stars of "Mr. Robot" and "The Night Of" are sex symbols.

“Shows like ‘Master of None,’ ‘The Night Of,’ and ‘Mr. Robot,’ give us a refreshing departure from the contrived stereotypes that have informed pop culture so far. Not only do they humanize these underdogs of color, they make them just as desirable as any white protagonists on TV. The treatment of Nas (Riz Ahmed), the Pakistani-American protagonist in ‘The Night Of,’ is fairly unprecedented—his style and accent tell us that he’s just another kid from Queens. Meanwhile, his relationship with the black basketball players he tutors who invite him to a party out of pity show that to them he’s kind of a foreign nerd, and his family’s clothing shop (where a rando aunty refers to him as the number one bachelor) and his father’s cab ground him in a distinctively Pakistani-American identity. It’s one of the more realistic portrayals of the South Asian experience in pop culture, and it’s clear that the fluidity of his social and cultural identities has a function, allowing characters (as well as the audience) to warp it to accommodate their own perspectives. Given that he’s the protagonist, by definition, we’re already rooting for Nas, who’s introduced as a sweet, naive character who falls for a strange girl because there’s something ~different~ about her. He’s cute and his eagerness to comfort her makes him even cuter. He’s treated like a regular late-adolescent boy who is trying to figure it out, just as he would on any other show—that is, until the woman he slept with gets murdered.” 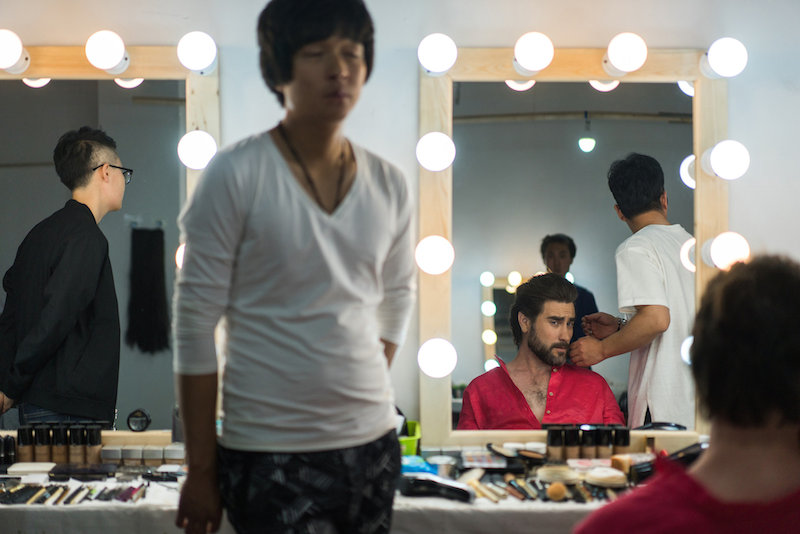 "The American Who Accidentally Became a Chinese Movie Star": A fascinating report on the career of Cao Cao (a.k.a. Jonathan Kos-Read), written by Mitch Moxley of The New York Times.

“Every foreigner living in China has his share of China Stories. Jonathan Kos-Read has more than his share. Here’s one: Not long ago, the 43-year-old American actor received a call with an offer to appear in ‘Ip Man 3,’ the third in a series of biopics about Bruce Lee’s martial-arts master. The role was small, but his agent negotiated what Kos-Read considered an ‘outrageous’ amount of money for it, and the producers agreed. Kos-Read was thrilled until he read the script and noticed another part for a foreign actor — a bigger and better role as a mobster named Frank. This was troubling. Kos-Read, who is known in China only as Cao Cao, is by far the leading foreign actor working in the country today, having appeared in about 100 movies and television programs since his career began in 1999. He is famous throughout the mainland, and his career has been on a steady upward trajectory. Last December he appeared in the action film ‘Mojin — The Lost Legend,’ currently the fifth-highest-grossing movie in Chinese history. Who, Kos-Read wondered, would the producers have cast instead of him? Kos-Read sent panicked texts to the movie’s casting director, but they went unanswered. ‘I felt threatened,’ he told me recently, only half kidding. A few days later, he boarded a plane from Beijing to Shanghai to begin filming. When he showed up to the set, the mystery was solved almost immediately: There, slouching on a stool surrounded by a scrum of people, was the former heavyweight champion of the world Mike Tyson. The retired fighter had been cast, perhaps misguidedly, as Frank.” 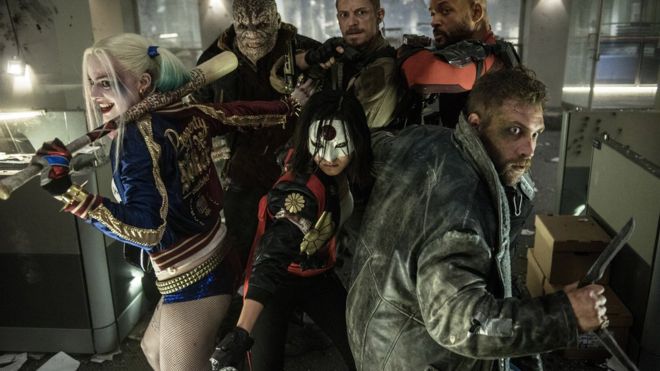 "How cinema is striking back against home entertainment": According to BBC's Chris Johnston.

“Revenue at UK cinemas jumped by 17.3%, with the number of tickets sold up 9% to almost 172 million - helped considerably by ‘Star Wars: the Force Awakens,’ which became the highest-grossing film of all time in Britain. Cinema operators are hoping that the new wave of ‘immersive’ technologies - seats that move, laser projections, sensory experiences - will make vegging out on the sofa watching endless box sets seem less attractive. This new 4D cinema, as it's called, is offered by the likes of D-Box and 4DX. D-Box's seats only move a maximum of 1.5 inches, but Michel Paquette, the Canadian company's marketing chief, says: ‘We can trick the brain to make you believe you're in the movie … it's so well timed with the soundtrack and the visual that we bring another level of narrative to the storytelling.’ This technology can add ‘magic’ and a ‘wow factor’ to movies, he believes. One of the films coded for D-Box was 2015's ‘The Walk,’ in which Joseph Gordon-Levitt played Philippe Petit, the Frenchman who walked on a wire between the twin towers of New York's World Trade Center in 1974. Mr. Paquette says the technology allowed the audience to "feel" the pressure of the steel cable. South-Korean-based 4DX goes even further, offering something of a theme park ride, complete with blasts of air, water, scents, and even fog and bubbles filling the auditorium. Although there are only about 1,000 screens globally (less than 1% of the total) using this kind of 4D tech, that number is rising fast, industry observers say.” 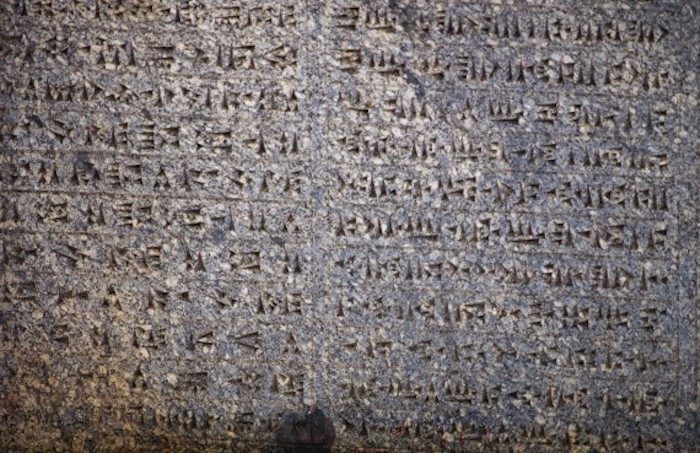 "How to Preserve Cultural Memory in the Digital Age": Essential commentary from Abby Smith Rumsey at The Huffington Post.

“Humans are a fortunate species. We are not the strongest or fastest. We don’t have the biggest brains or live the longest. Yet we are dominant over the planet. From cuneiform to computer chip, our memory technologies give us a unique survival advantage: knowledge. But that knowledge is not secure in the digital age. We’re moving from an information economy of relative scarcity to one of abundance. And we have yet to build an infrastructure that can manage titanic masses of data at scale. The high cost of publishing books and making films forced us to ask what we can afford to save. But anyone with an internet connection can write blogs and post home movies to YouTube. Now we must decide what we can afford to lose. Awash in so much data, it is hard to know which have long-term value and which we can ignore. Unfortunately, we must decide to save or lose in real time, because data are ephemeral — the average webpage lasts about 100 days. Five-thousand-year-old cuneiforms can still be read with the naked eye and a command of ancient Semitic languages. But the data on our smartphones? Only machines write code, and only machines read code. Instead of managing knowledge by managing physical objects, we need to master machines, code and power supplies. How do we do that? By reimagining memory for the digital age. Both findings from the science of memory and lessons from our long history of invention reveal that data storage is not memory. Good memory requires selecting what is important and forgetting the rest.” 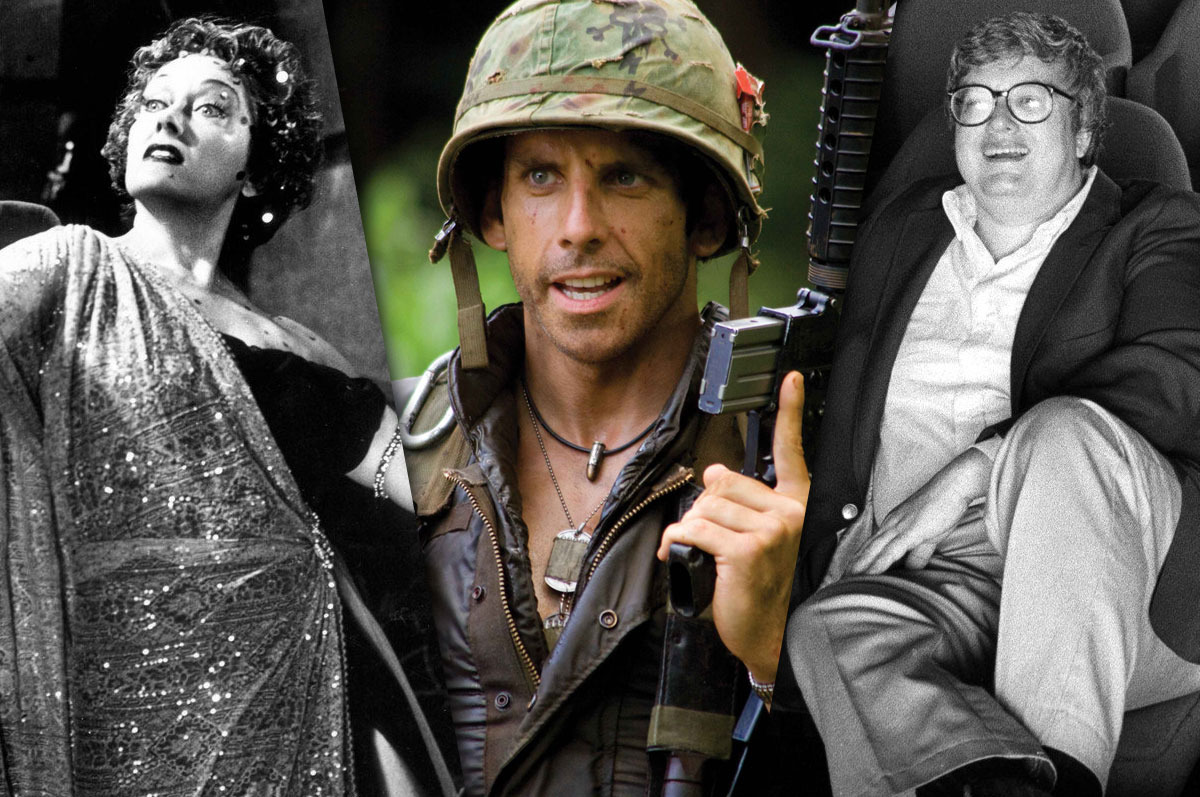 At Vulture, Sam Fragoso recommends "the best movies about Hollywood to stream right now," including "Sunset Boulevard," "Tropic Thunder" and "Life Itself."

The brilliant host of "Last Week Tonight with John Oliver" offers his take on the Republican National Convention, injecting some much-needed sanity into the discourse.