“Once you invoke the iPad and the Internet you open a Pandora’s Box of problems for narrative storytelling, and the people behind ‘Sex Tape’ just aren’t up to the task of dealing with these problems. One of my friends used to talk about watching ‘Seinfeld’ in syndication and realizing that most of the episodes wouldn’t work now that everyone has cell phones. The characters can’t get lost in a parking garage anymore, for instance, no matter how big and confusing. One of them would find the car and just call the others. Or they would have taken a quick photo of the section they parked in, the way I do when I find myself in a big, confusing parking garage. I actually end up in a lot of conversations with filmmakers about solving the cellphone problem, because it’s a big roadblock for many scenarios, especially now that phones also have access to the Internet. Watching ‘Sex Tape,’ I could feel the filmmakers having these conversations. ‘How do we contain the sex tape so that it’s reasonable that the characters could get all of the copies back?’ ‘Maybe it’s on a device like an iPad?’ ‘OK, but we need multiple copies to be out in the world.’ ‘Maybe the character buys lots of iPads and gives them away as gifts?’ ‘OK, but how does the sex tape get on all those other iPads?’ ‘He downloads a sync application that puts it on the other iPads?’ ‘OK, I guess that could work.’” 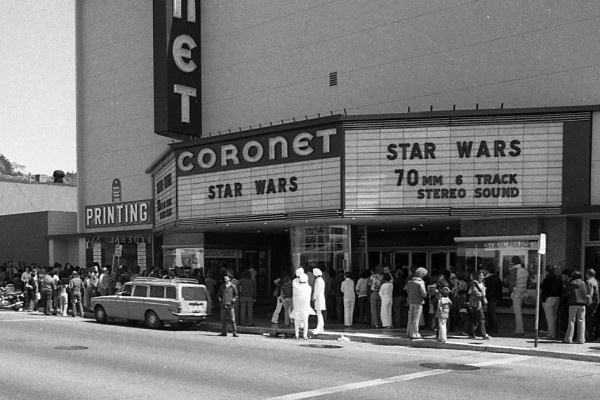 "A 'New' New Hope: Film Preservation and the Problem with 'Star Wars'": Mallory Andrews of Sound on Sight tackles the controversy regarding George Lucas' decision to render his original versions of the initial "Star Wars" trilogy nearly obsolete.

“A particularly strange wrinkle in this debate was put forth by George Lucas himself on March 3rd, 1988. In Washington D.C., Lucas was one amongst a group of filmmakers and Hollywood personalities (including Steven Spielberg, James Stewart, Woody Allen, John Huston, et cetera) who spoke before Congress, protesting the colorization of classic black-and-white films. The arguments Lucas puts forth are eerily close to those who speak in favour of preserving the original ‘Star Wars.’ Lucas (circa 1988) believed that ‘American works of art belong to the American public; they are part of our cultural history.’ Lucas makes an impassioned plea for the protection of cultural artifacts, a position that directly contradicts his future actions: ‘People who alter or destroy works of art and our cultural heritage for profit or as an exercise of power are barbarians, and if the laws of the United States continue to condone this behavior, history will surely classify us as a barbaric society.’ Lucas implored for the preservation of original prints of films. ‘In the future,’ he presciently cautions, ‘it will become even easier for old negatives to become lost and be ‘replaced’ by new altered negatives. This would be a great loss to our society. Our cultural history must not be allowed to be rewritten.’”

"39 Pieces of Advice for Journalists and Writers of Color": An invaluable list compiled by Heben Nigatu and Tracy Clayton of BuzzFeed.

“I’m still in the early stages of my career, so I’m not sure how much advice I should be doling out. But the thing I’ve learned and would like to impress upon others: Talent is a fluke. Yes, you’ve been told for a long time now that you’re such a natural talent, that you’re a writer with enormous potential, and yadda yadda yadda. That don’t mean shit. Talent may score you a few opportunities here and there, but this journalism/writing world is about hustle. It’s about networking. It’s about being seen. I don’t say that to suggest you shouldn’t worry about the craft. Don’t produce bullshit. There’s enough of that. But the reason people who produce bullshit keep getting opportunities to produce bullshit is because they’ve mastered the other parts of the game. They get up every day and pitch and write and tweet and make nice with all the right people. You have to figure out for yourself how much of that you’re willing to do. If it compromises your core beliefs, you shouldn’t. But understand what position that puts you in. You’ll have to be that much better at what you do without the same resources as other people. But, if you can manage to sleep at night knowing you’ve sold a bit of your soul, name your price, and hand it over to the devil with the best offer.” 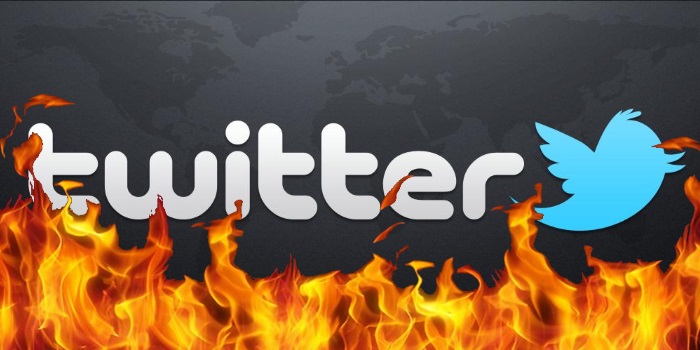 "So You Like Movies: The Necessary Evil of Twitter": Next Projection's Derek Deskins writes about "coming to grips with Twitter usage as an aspiring film critic."

“My outsider perspective saw Twitter as this unnecessary bullhorn for the vapid attention seekers. Those same people that took to Facebook to unsuccessfully shroud their need for validation as they relentlessly dug for compliments were on Twitter. The overly political guy that self-assuredly challenged the choices of his elected leaders, knowing full well that he barely earned his Communications degree from that safety school; he was on Twitter too. I wanted no part of this filter-less sharing, this stream of word vomit that couldn’t bother with coherent thoughts. I was content merely appearing the fool, while more than enough others removed plenty of doubt. Nevertheless, as I attempted to mine the world of the film critic, I was immediately faced with my adversary. I sat across from real deal (like, in actual print) film critic Ty Burr and attempted to soak up any and all advice that he was willing to offer. The first thing he said smacked my pride right in the bathing suit area, ‘Are you on Twitter? You need to be on Twitter.’” 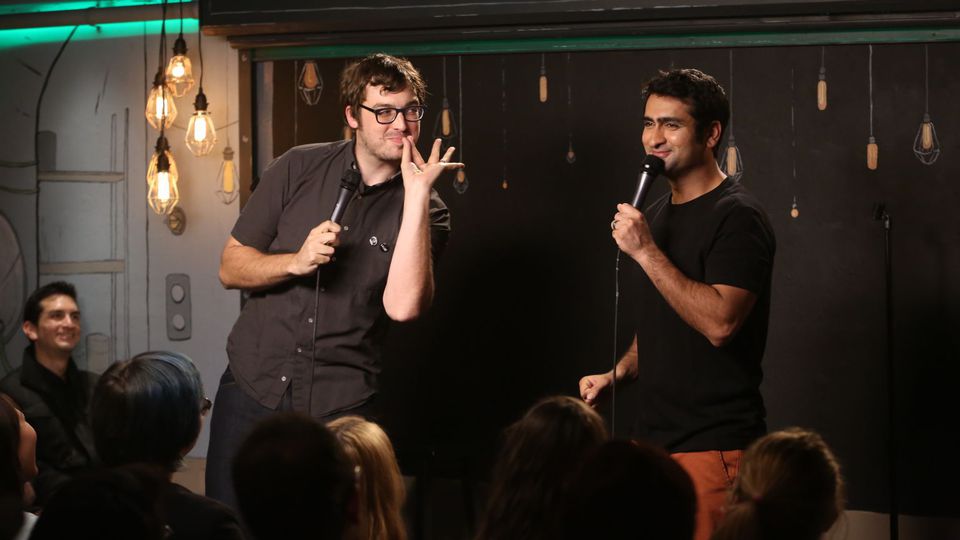 "Jonah Ray on his intense, burning hatred for Sublime's 'What I Got'": Marah Eakin of The A.V. Club presents the latest side-splitting installment of "HateSong."

“I hate Sublime because they represent every a—hole I knew in high school in Hawaii. Nothing better than Sublime could have come out for these white dudes who loved reggae that I went to school with. Every white, blond-haired, piece of shit surfer jock guy, when this came out, they were like, ‘Oh! Now we have a Nirvana.’ And they just ate it up. Everywhere you went, there was a white guy with an acoustic guitar singing Sublime songs; I’m sure one of them was Jack Johnson. And you had to deal with these guys who thought that this band was the band. And I’m not going to judge the way people dress or look, but Sublime looks like the Guy Fieri trio. People who like Sublime are probably people who think that Guy Fieri is badass.” 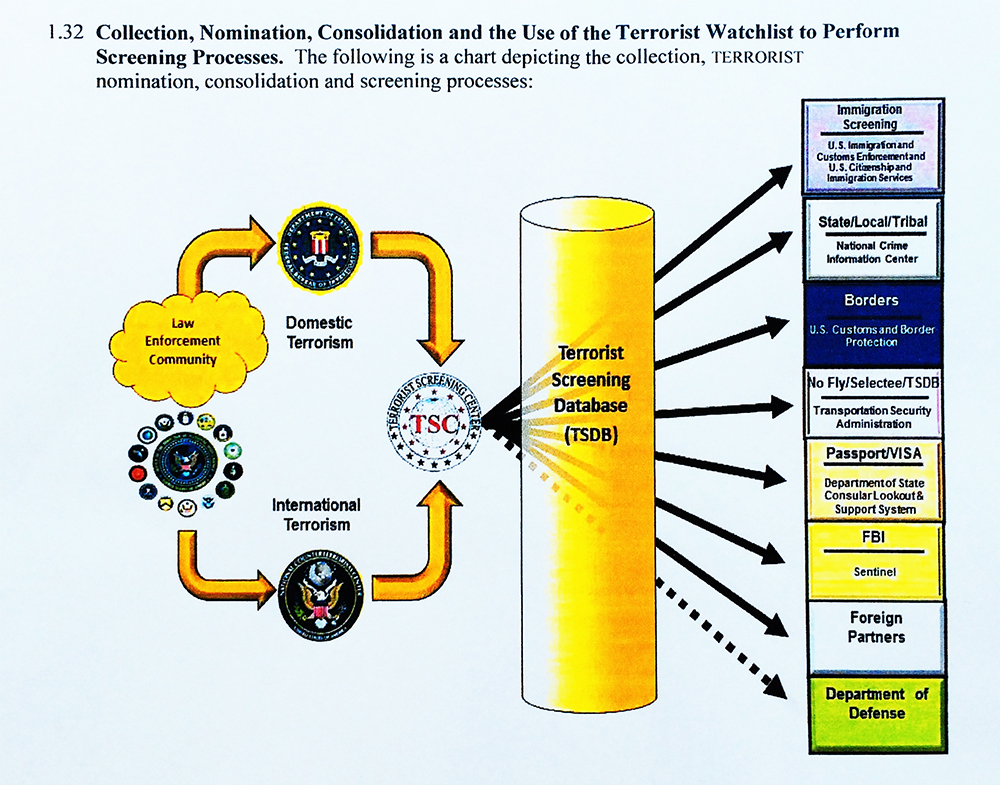 Oscar-nominated documentarian and journalist Jeremy Scahill (of "Dirty Wars" fame) reveals "The Secret Government Rulebook for Labeling You a Terrorist" in this galvanizing piece for The Intercept co-written by Ryan Devereaux.

RogerEbert.com Editor-In-Chief Matt Zoller Seitz will be in Portland for some hugely enticing screenings as part of the Northwest Film Center's series "Wes's World: Wes Anderson and His Influences." For more info, click here.