"Why is L.A. an art house film desert?": Asks Michael Nordine of The Los Angeles Times.

“Demand is certainly part of the problem. Christian Meoli, whose Arena Cinema practically specializes in under-the-radar offerings, tells me that cultural cachet hardly guarantees financial success. Meoli brings up the example of ‘Policeman,’ an Israeli drama that was voted the year's best undistributed film in the 2011 Village Voice film poll. When it finally opened at Arena last summer, audiences didn't exactly come out in droves. Everyone I've spoken to — exhibitors, distributors, filmmakers and fellow critics — agrees on one very mundane stumbling block: traffic. Angelenos who want to see foreign and independent films are spread thin across the city — such is our geography — and even the most passionate moviegoer in Pasadena will hesitate before trekking to Santa Monica for, say, Mia Hansen-Løve's ‘Eden’ at the Nuart. It's disheartening that something so simple (and stereotypical) would have such an impact, but there's no underestimating 405 fatigue. ‘If you're in Manhattan, it's a heck of a lot easier to hop on a train’ than it is to drive from one side of Los Angeles to the other, says Meoli. Another problem may be that most distributors of foreign-language and independent fare are based in New York. These companies ‘have no idea about L.A., the scope of how big our city is’ Meoli argues, and thus may have a more difficult time conceptualizing the marketplace.” 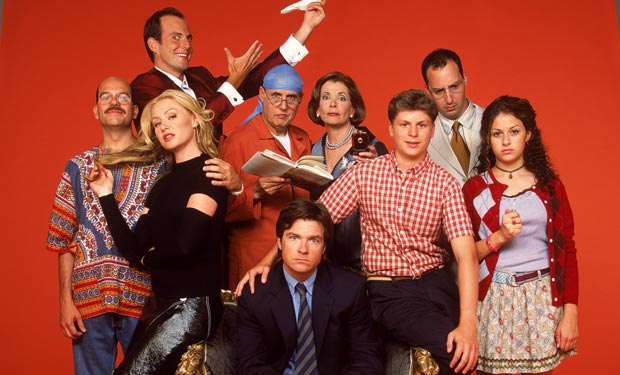 "How 'Arrested Development' Taught Me to Read the Scriptures": A fascinating piece by Roberto De La Noval at First Things.

“An appreciation of ‘Arrested Development’ is perfect for honing the textual attention that is necessary for a fruitful reading of the Scriptures. And it is the Scriptures that I am concerned with—not biblical texts as records of discrete historical times, but rather the Bible as a coherent unit, brought together under the auspices of the Holy Spirit and fitted in God’s providence for leading Christians to the contemplation of the Triune God as revealed in the text, the Church, and the world. If such contemplation seems a lofty topic to set alongside ‘Arrested’—well, it is. But if grace builds on nature, we should not be surprised that the enjoyment of this cult show may prepare us for the reading of sacred texts.On to particulars. One of the reading strategies pursued by the Church’s historic biblical interpreters is that of ‘associative reading’ (so called by theologians John O’Keefe and R. R. Reno). According to this practice, particular words in the Bible may be illuminated by comparison with occurrences of the same words elsewhere. Consider 2 Samuel 22:3. Here David speaks of God as ‘my rock, in whom I take refuge, my shield and the horn of my salvation.’ On the surface, this text expresses exultation in God’s salvation of David from the hands of the homicidal Saul. But in a broader, scriptural light, David’s prayer expresses the truth of Christian salvation.Take the first of David's terms for God: ‘my rock.’ In First Corinthians, St. Paul identifies the title ‘rock’ with Christ himself. He does this by linking Christ with the rock in the Exodus story. And in recalling Exodus, we may remember that in Exodus 33:22, God himself hides Moses in the ‘cleft of a rock’ so that Moses may safely witness the passing of God’s glory. This reference accords beautifully with David’s next statement, that God is the one ‘in whom [he] takes refuge.’ Just as Moses and David took refuge, so too may we take refuge in Christ, our God and our Rock.” 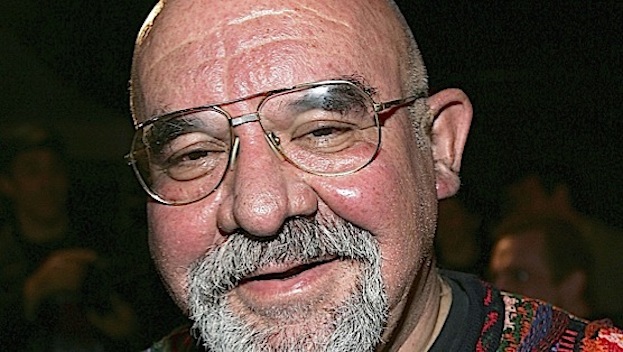 “One of the most confrontational—and, perhaps not coincidentally, most unabashedly entertaining—of the ’80s horror masters was Stuart Gordon, a Chicago theater director-turned-filmmaker whose debut movie ‘Re-Animator’ announced a spectacularly bold and original voice. Like most great horror, that film not only ignored boundaries of good taste but demolished them, particularly in an ingenious visual pun in which a still functioning decapitated head … well, as Stephen King noted, it was the first time a head ever gave head. ‘Re-Animator,’ which garnered rave reviews from esteemed critics like Pauline Kael and Roger Ebert while also developing a following among the gore hounds, remains Gordon’s most famous work, but the films that followed are as consistently inventive, frightening, and funny as those of any of his peers. Paradoxically, he moved the genre forward by looking back, finding inspiration in the works of H.P. Lovecraft (‘Re-Animator,’ ‘From Beyond,’ ‘Castle Freak,’ and others) and Poe (‘The Pit and the Pendulum’) but reimagining his sources so completely as to create a new brand of contemporary horror that has proved highly influential in the films of Eli Roth, Edgar Wright, and other young genre directors. (The influence is even more keenly felt in the work of Guillermo del Toro, whose ‘Pacific Rim’ is unthinkable without Gordon’s example—it’s practically a remake of his ‘Robot Jox.’)” 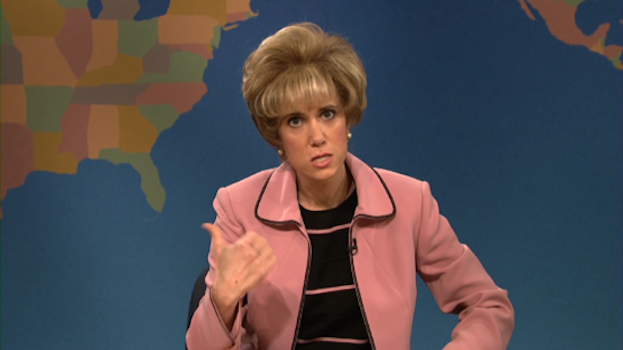 "For the Love of God, Would People Stop Writing Think Pieces About Things They Haven't Seen?": Rebecca Pahle nails it at Pajiba.

“Earlier this week, a piece on Blizzard Watch questioned whether Duncan Jones’ ‘Warcraft’—a movie that doesn’t come out for another year—has ‘a problem with women.’ The bulk of writer Elizabeth Harper’s speculation is based on an interview with Jones where he expresses a view of the treatment of females in ‘World of Warcraft’-the-game—both female characters and female gamers—that’s much more rosy-looking than what Harper herself has experienced. I’m not going to tell Harper her experiences as a female gamer are incorrect, because A) that would be shitty, and B) I don’t actually play ‘World of Warcraft’ or any other video games, so I’m going to stay in my damn lane. What I do object to is taking a few statements by Jones and a(n admitted) gender disparity in casting and deciding that a movie that hasn’t had so much of a trailer released outside of a few conventions is sexist. Harper’s conclusion, where she notes ‘We’ve seen little of the film to suggest what the finished product will be like, and that’s part of the problem. Jones’ words might be easier to brush off if we had anything else to go on, but as it stands they represent the bulk of what we know about the movie’s female characters’ really grinds my gears. You know why we haven’t seen much about ‘Warcraft’’s female characters? Because it doesn’t come out for a year. It’s natural to make assumptions about a movie based on trailers, casting, marketing material and the like—that’s what they’re for, and ‘Warcraft’’s dude-skewed casting is absolutely indicative of a wider problem about the lack of gender equality in media—but this is getting ridiculous.” 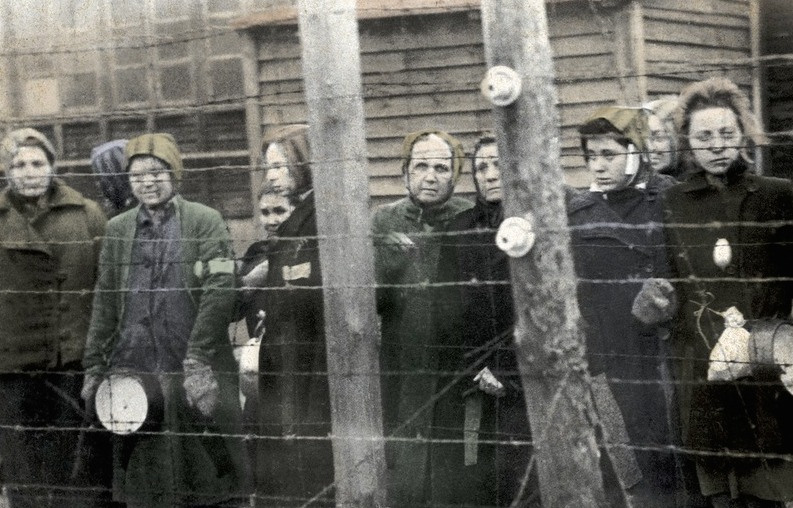 "The Missing History of Ravensbrück, The Nazi Concentration Camp for Women": An excerpt from Sarah Helm's book, "Ravensbrück," published at Longreads by Dana Snitzky.

“Ravensbrück opened in May 1939, just under four months before the outbreak of war, and was liberated by the Russians six years later – it was one of the very last camps to be reached by the Allies. In the first year there were fewer than 2,000 prisoners, almost all of whom were Germans. Many had been arrested because they opposed Hitler – communists, for example, and Jehovah’s Witnesses, who called Hitler the Antichrist. Others were rounded up simply because the Nazis considered them inferior beings and wanted them removed from society: prostitutes, criminals, down-and-outs and Gypsies. Later, the camp took in thousands of women captured in countries occupied by the Nazis, many of whom had been in the resistance. Children were brought there too. A small proportion of the prisoners – about 10 percent – were Jewish, but the camp was not formally designated a camp for Jews. At its height, Ravensbrück had a population of about 45,000 women; over the six years of its existence around 130,000 women passed through its gates, to be beaten, starved, worked to death, poisoned, executed and gassed. Estimates of the final death toll have ranged from about 30,000 to 90,000; the real figure probably lies somewhere in between, but so few SS documents on the camp survive nobody will ever know for sure. The wholesale destruction of evidence at Ravensbrück is another reason the camp’s story has remained obscured. In the final days, every prisoner’s file was burned in the crematorium or on bonfires, along with the bodies. The ashes were thrown in the lake.” 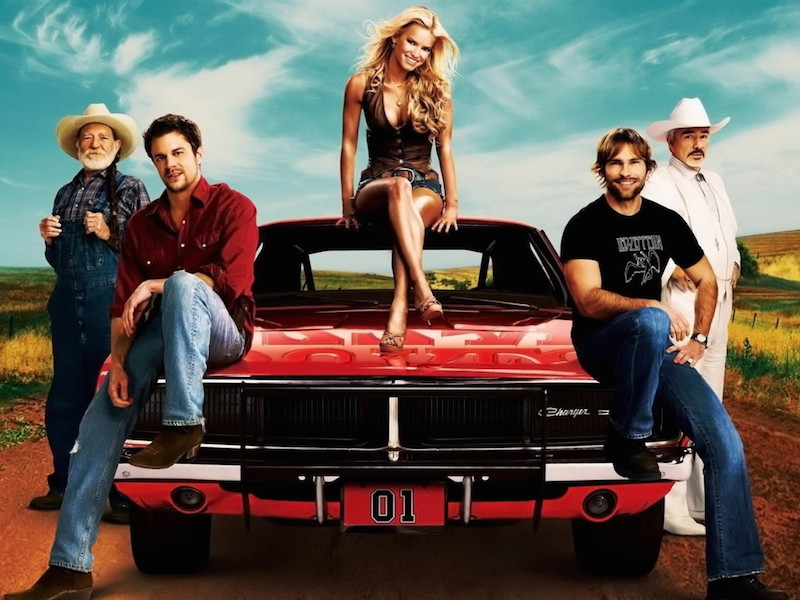 Stacy Conradt of Mental Floss lists 15 more films Roger Ebert really hated, including the awful 2005 remake of "Dukes of Hazzard," of which he wrote: "Here is a lame-brained, outdated wheeze about a couple of good ol' boys who roar around the back roads of the South in the General Lee, their beloved 1969 Dodge Charger. As it happens, I also drove a 1969 Dodge Charger. You could have told them apart because mine did not have a Confederate flag painted on the roof."