"Throughout his career, Mr. Farina relied on his ex-cop's perspective to anchor his performances. In the 1998 interview with the
Advertisement
Sun-Times, he called 'N.Y.P.D. Blue' and 'Law & Order' 'fine shows, but they take so much dramatic license with how police officers do their work. On those shows, the officers never seem to have a nice day. I was a police officer for nearly 20 years. I had plenty of nice days. Some were not so good, but plenty were.'" 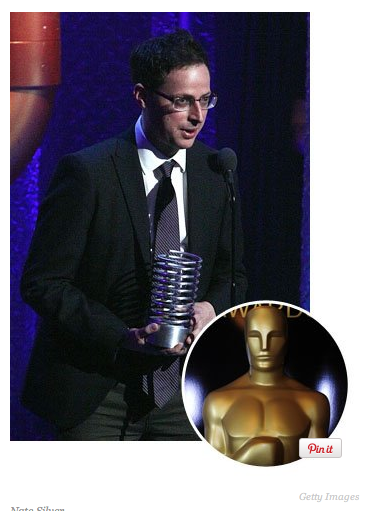 "Memo to Nate Silver: The Oscars Ain't Politics." Nate Silver is moving from The New York Times to ESPN, where he'll cover a broader array of subjects — including the Academy Awards. Even though Silver maintains, as he  has consistently, that "there's not a great statistical way to predict the Oscars," The Hollywood Reporter's Scott Feinberg lays into him anyway.

"Whether or not he ends up treating any future Oscars predicting sideline as a serious effort or just fun, I think a reality check is in order. Having specialized in Oscars predictions and analysis myself for the past 12 years, I can assure Silver and ABC that it requires a totally different set of skills and experiences than does electoral forecasting. Silver actually found that out himself over the last few years, when he began wading into Oscar predictions and got slightly burned, if not scalded."

"Letter from a Bankrupt City: Eulogizing Detroit's Dream of Social Justice." Sam Butler provides some historical perspective on Detroit's declaration of bankruptcy — and what it means for a city that once strove to be a "utopia of class equality and beacon of black power." 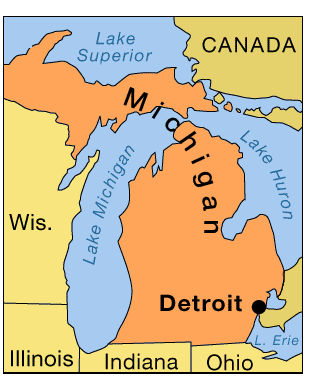 "Conservatives point to a lazy auto industry that was further ham-tied by demanding unions. These critics paint Detroit as a city with a bloated government bureaucracy, perpetuating a sense of entitlement and breeding a culture of dependency. At the same time, liberal pundits call Detroit the prototypical example of big business pillaging a working-class community. They describe Detroit running a race-to-the-bottom, offering tax incentives for the Big Three — a strategy that led to the leveling of entire neighborhoods to build assembly plants — only to have the Big Three leave anyway. Federal culprits such as NAFTA and subsidized highways to the suburbs are also cited in the coroner’s report. All of these narratives are true, yet they all miss a pertinent reason why Detroit should be reflected on, and ultimately mourned, by the rest of the country: Detroit's bankruptcy is the death knell of a social justice dream."
Advertisement 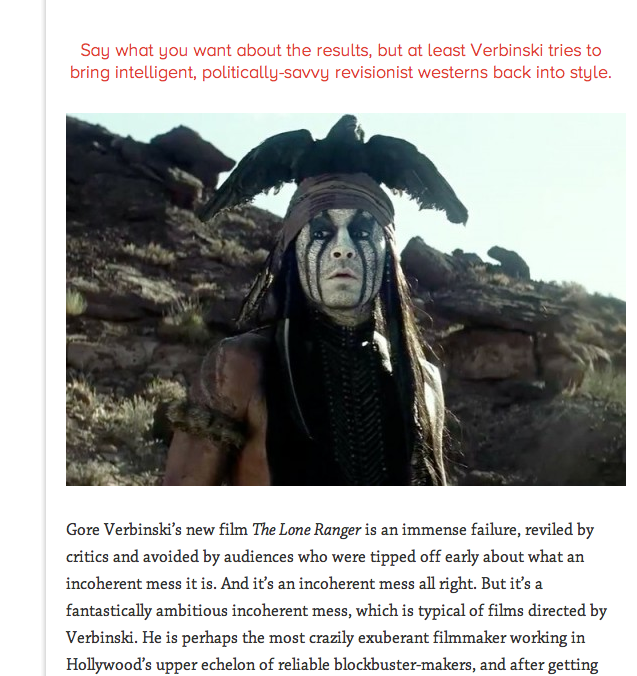 "The Fantastic Failure of The Lone Ranger." Eileen Jones speaks out in defense of Gore Verbinski's latest attempt to revive the Western.

"For a lot of people professing to truly love film, the spectacular fiasco of a movie like The Lone Ranger becomes proof of the essential evil and idiocy of Hollywood cinema. I’ve never been able to accede to this view. Loving film plus hating the entirety of Hollywood's output is an equation I could never work out — Hollywood has simply produced too many great films over the decades, even if it also seems to produce fewer and fewer as the years go on. Even Gore Verbinski agrees to that, and puts himself in the company of those participating in the death throes of Hollywood, laughing as he says, 'We seem to be on some crazy road to extinction.'" 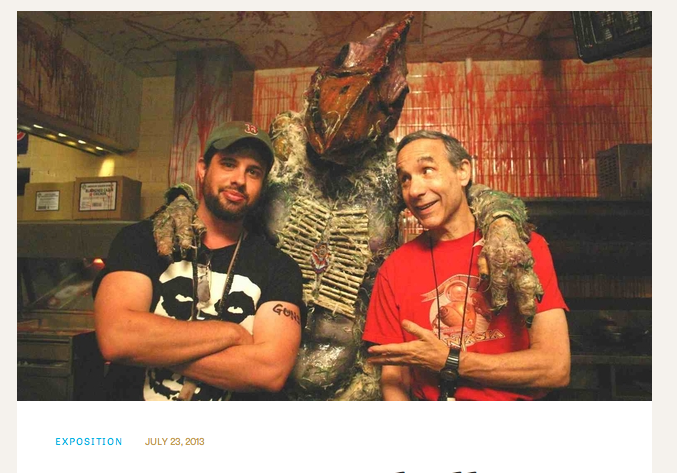 "Some warts-and-all documentaries take viewers deeper into the world of Troma than most would ever want to go." Nathan Rabin, writing at The Dissolve, is up for the challenge anyway, pairing two documentaries on Lloyd Kaufman's Grade-Z juggernaut.

"Kaufman has developed a cult of personality that makes him and Troma bigger than the tacky little B-movies they put out, cult oddities with titles like 'The Toxic Avenger,' 'Class Of Nuke 'Em High,' 'Surf Nazis Must Die,' 'Ferocious Female Freedom Fighters,' and 'Blood Sucking Freaks.' In proudly disreputable B-movie tradition, Troma films can be sold on their colorful titles alone, which are so descriptive that they make actually seeing the film redundant. It’s enough to merely know that films like 'Redneck Zombies' exist and make the cinematic world a weirder, kookier, more colorful place. If anything, it might be easier to be a Troma fan and not see its films. In theory, Troma is fantastic; in actuality, its films tend to be endurance tests." 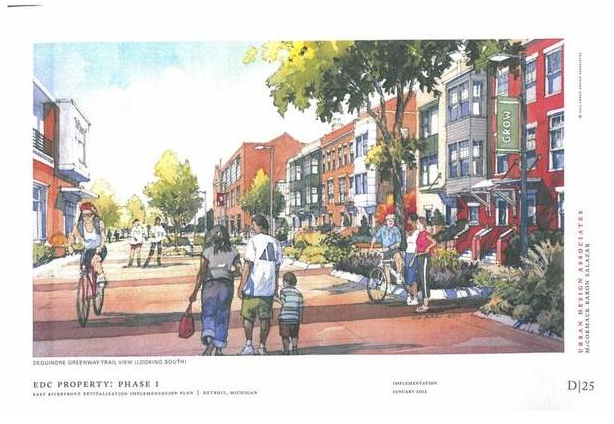 A proposed development on Detroit's east riverfront. According to the Detroit Free Press, a St. Louis developer believes there's a resurgent housing market for young professionals in the troubled city.